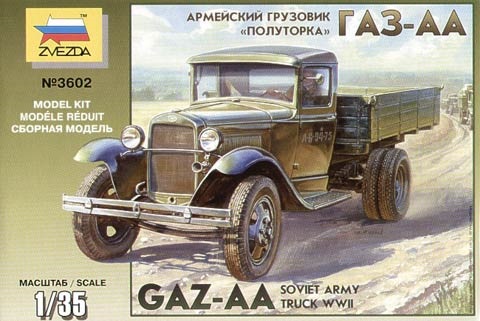 Zvezda is a model company based in Russia.

Ford Model AA is a truck from Ford. As the Model T and TT became obsolete and needed to be replaced, Henry Ford began initial designs on the Model A and Model AA in 1926. Basic chassis layout was done rapidly and mechanical development was moved forward quickly. Body design and style was developed and then outsourced to various body manufacturers, including Briggs and Murray. The designs of the Model A shared parts and materials with the Model AA Ford, notably the body, engineand interior. The AA usually received plainer interiors than their car counterparts. The Model AA followed similar design changes to the Model A during the AA's four years in production, often delayed anywhere from three to nine months.[citation needed] The mechanical changes and upgrades were done during production of the vehicles. Body changes that occurred between 1929 and 1930 were also integrated into AA production, but leftover parts were used longer in the heavy commercial trucks.

This kit comes in a shrink wrapped tray and lid type box. The box art show a Gaz-AA going down a road leading other Gaz-AA’s. It is in overall Soviet dark green with a small star with A-6-9475 below it in white stenciled on the doors of the cab.

One side panel has one paragraph histories of the truck in Russian, English, Italian, German, French and Spanish, each with a color illustration of the flags of those countries that speak those languages.

The other side panel gives Zvezda’s street address in Moscow Russia, their e-mail and web addresses.The kit is not suitable for children under 3 due to small parts they might accidentally swallow.. This warning in in multiple languages, including English. This is followed by a listing of Model Master brand paint numbers, but no mention as to what these colors are. The kit is said to make up to be 15,5 cm long (slightly over 6”) and it contains 139 parts.

The box contains 5 dark green trees of parts, a clear tree, the decals and instructions.

The instructions consist of a single sheet that accordion folds out into 6 pages in 8 ½” x 12” page format.

Page 1 of the instructions begins with a black and white repeat of the box art, MADE IN RUSSIA, and the history of the Gaz-AA again in the same 6 languages on the side panel.

Page 3 to the top of page 6 give a grand total of 10 assembly steps.

The bottom of page 6 has a side profile for painting and marking and a list of Model Master brand paint colors again. Zvezda’s street address appears again, but only in Russian. The scheme shown is the box art subject, already described above.,

Letter A parts tree is the clear tree that holds windows and headlight lenses. (9 parts). 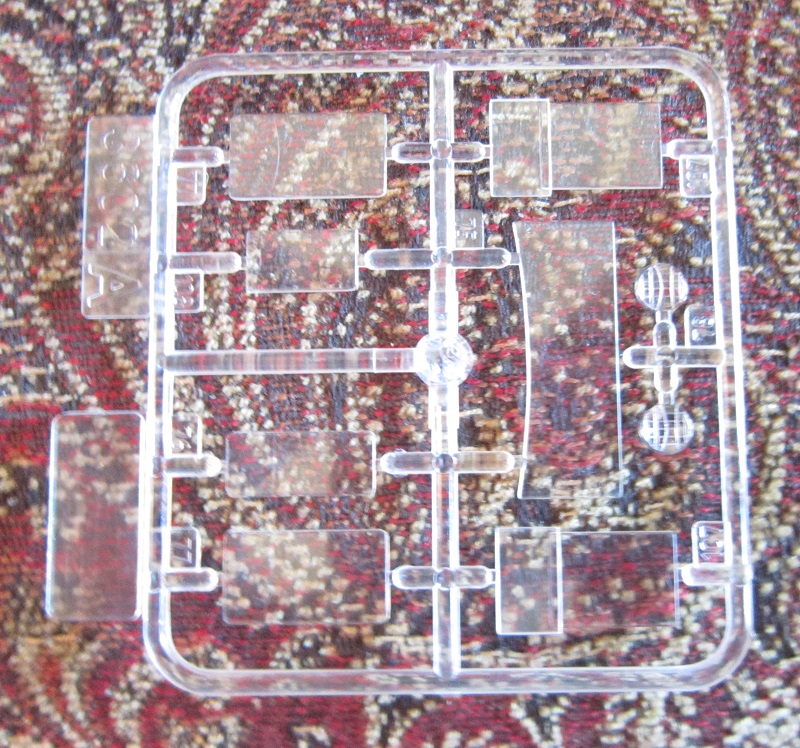 Black  letter B parts tree holds the vinyl tires (7 parts) The truck has 2 tires on the front and 2 tires per side on the rear. The 7th tire is not mentioned in the instructon’s assembly steps. I assume it is supposed to be a spare, but where mounted? 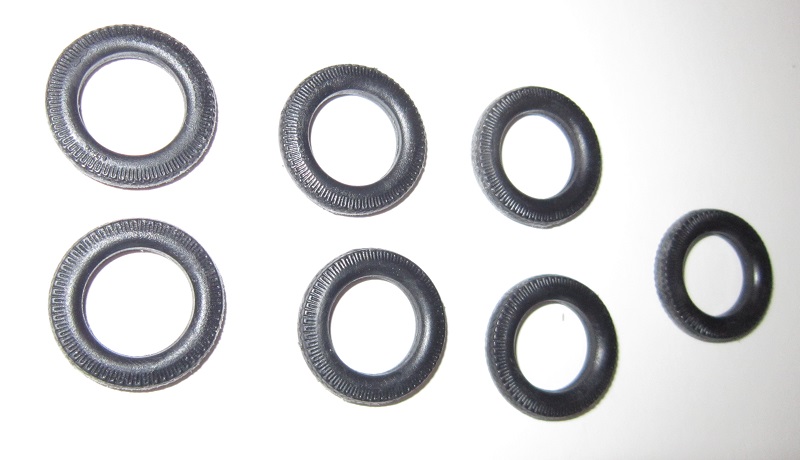 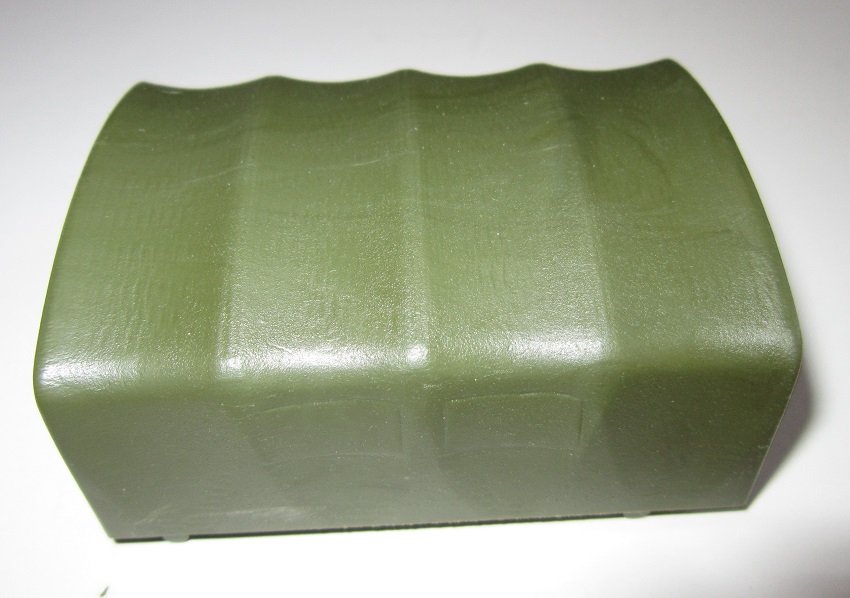 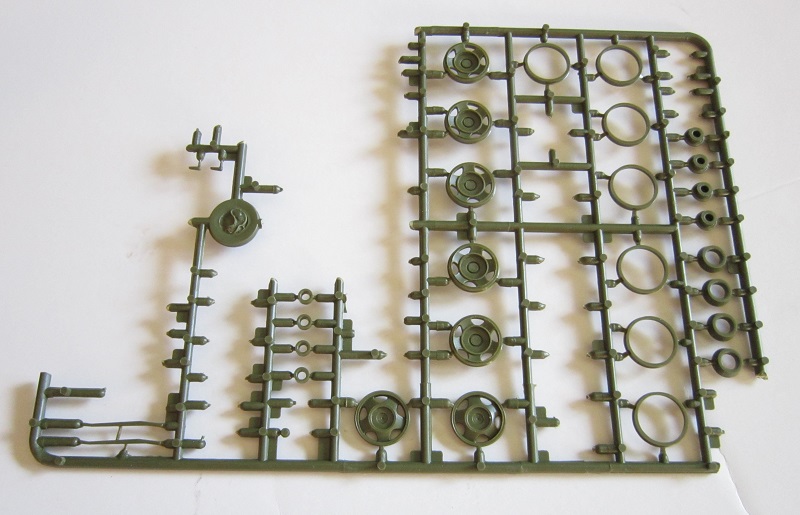 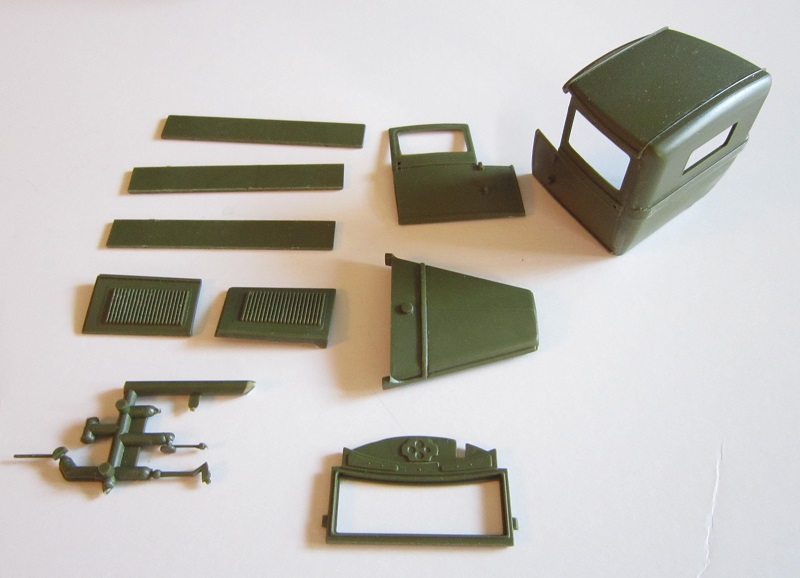 This is one nice Soviet truck. One immediately recognizes it’s Ford heritage.

There is no cargo load for the bed nor any driver figure included. Lots of ideas come to mind as to what could be loaded in the cargo bed. 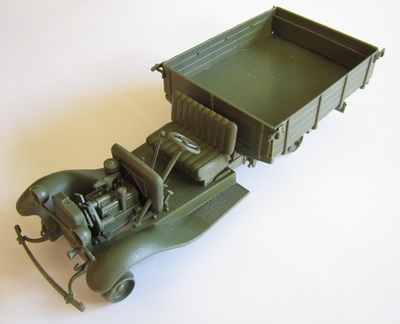 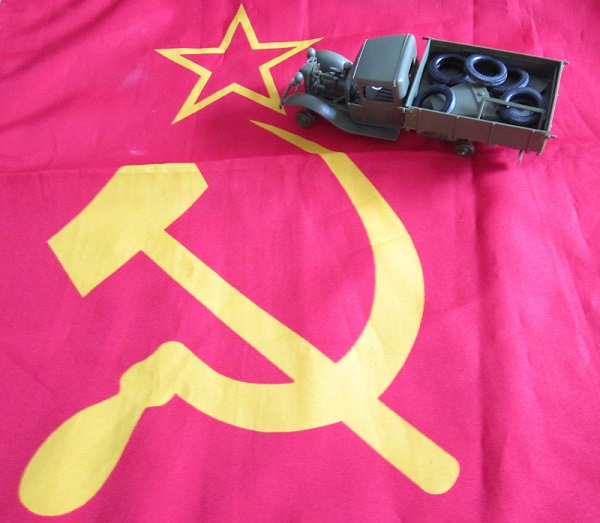