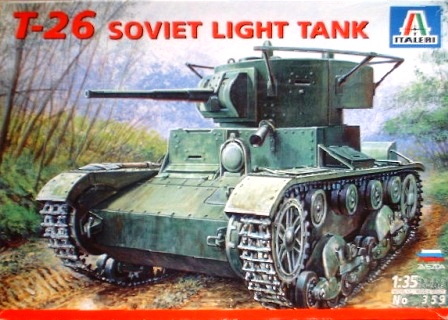 The T-26 light tank was developed in the Soviet Union at the beginning of the thirties, based upon the British Vickers-Armstrong vehicles. Until the end of the decade, T-26’s were produced in large quantities and in different versions. Although it was only lightly armored and not very reliable, the T-26 was important for the build up of the Soviet armed forces. At the beginning of WWII the inferiority of the T-26 compared to similar light German tanks, became quite obvious. Consequently, the T-26 was largely used as a tractor and utility vehicle.

Italeri is a prolific model company based in Italy. They market all manner of model subjects in the popular scales. However, this kit is not an Italeri mold. It was first produced by Zvezda in  Moscow Russia.

The box art shows a T-26 parked on a dirt road in a woods. It is overall Soviet dark green with no marks.

One side panel has one paragraph histories of the T-26 in Portuguese, Czech, Japanese and Chinese. Each are marked with a color illustration of the flags of the countries that speak those languages. There is a list of Model Master brand paint numbers, but not what those colors are.

The kit is said to be designed for modelers over the age of 10, in 6 languages including English. The copyrigtht date of the kit is 1998. It’s said that the parts were made in Italy and Russia. Italeri’s street address in Italy is shown. The kit is not suitable for children under 3 due to small parts that they might accidentally ingest.

The other side panel continues with the one paragraph histories. This time in English, German, French, Italian, Spanish, Dutch, Swedish and Norwegian, marked with flags. The model made up is 146 mm  (5 ¾”) long when built.

The instructions consist of a single sheet that accordion folds out into 10 pages in 7” x 9” page format.

Page 1 of the instructions begins with MADE IN RUSSIA – PRINTED IN ITALY. A small paper slip in the kit says it came from Zvezda in Moscow, Russia to Italeri and Italeri’s street address in Italy is provided, This is followed by the history of the T-26 in 7 languages, including English.

Page 2 begins with ATTENTION – USEFUL ADVICE in 11 languages, including English. The bottom of the page has the 2 of the parts trees illustrations.

Page 4 through 8 give a grand total of 11 assembly steps.

Page 9 has a 4-view illustration of a T-26 calling it out as being in overall field green with no markings. This is followed by the decal application instructions in 9 languages, including English.

Page 10 has “IMPORTANT INFORMATION CONCERNING THE KIT” in 20 languages, including English. 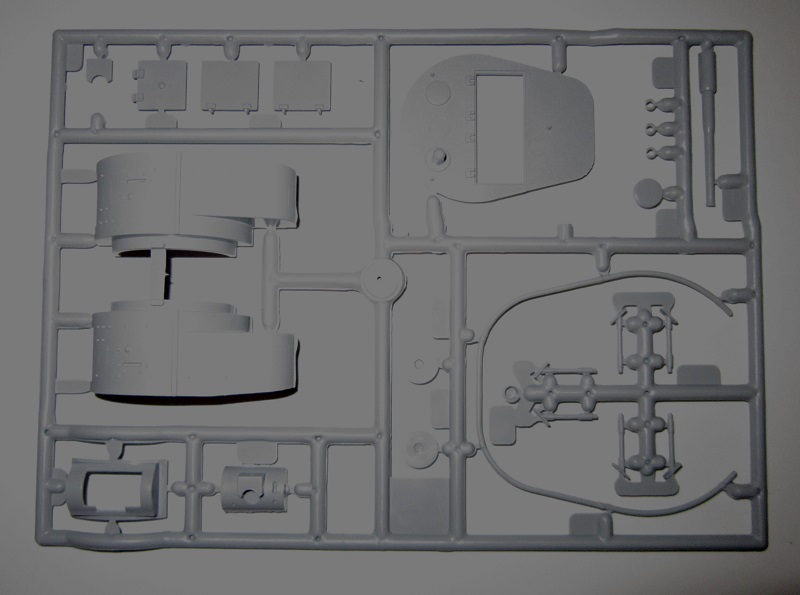 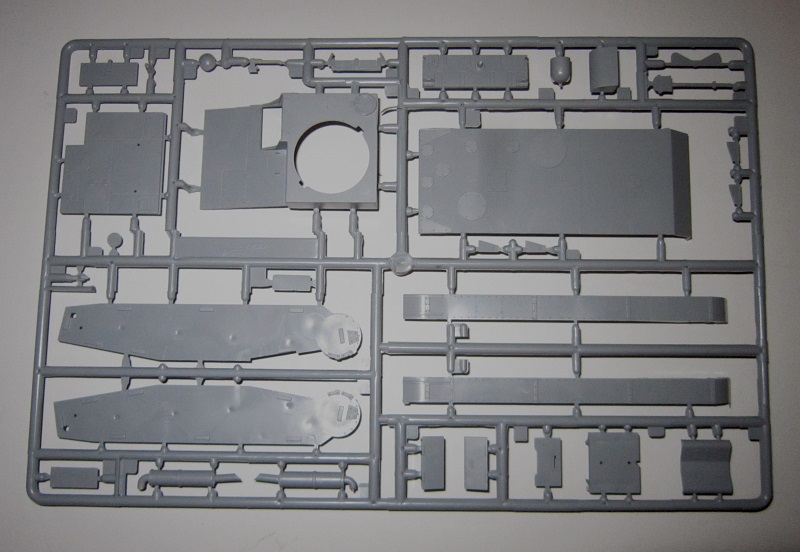 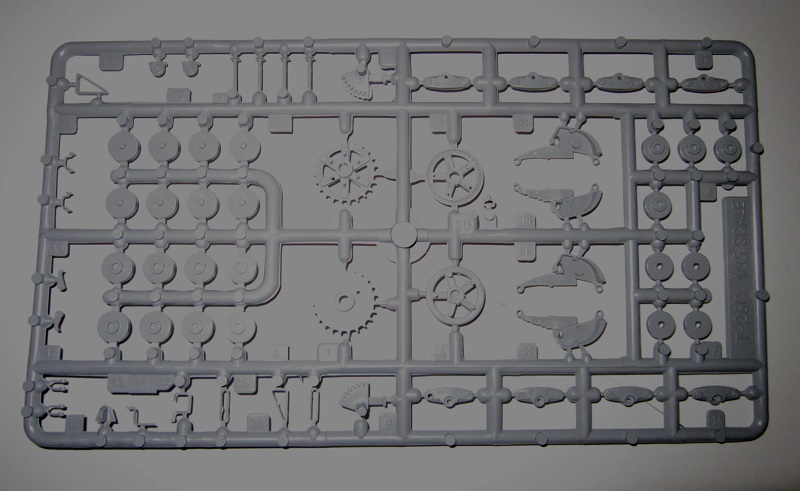 There are no clear parts or any crew figure parts.

There are 2 identical medium grey vinyl rubber band type trees of tracks. They each hold 2 runs each. 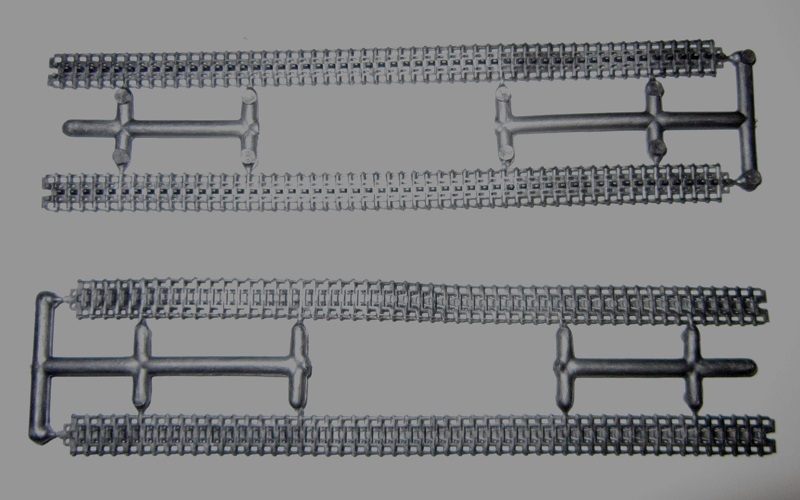 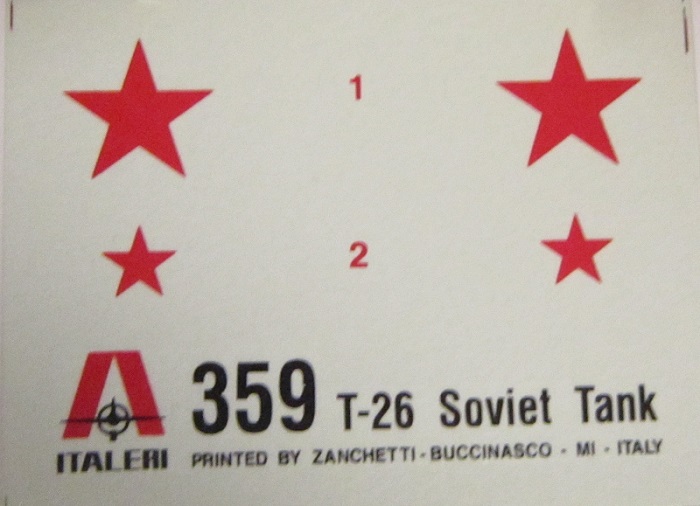 Finally, Zvezda released it again in it’s original version with a slightly different box art and changed parts (kit no. 3538) in 2014. This one should still be around to find.

There is no interior detail at all. Externally, the detail is quite nice though.

The rubber band treads are not the newer glueable type and have to hot riveted together. I have never had a whole lot of luck doing that and with 4 runs each with two rivets to flatten I don’t look forward to it.