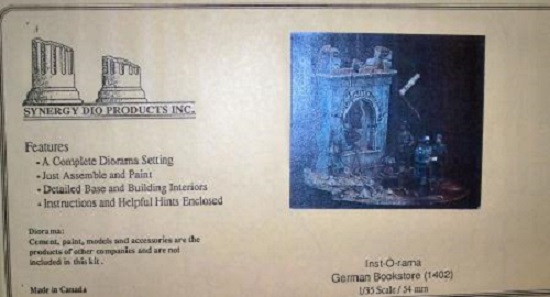 OUT OF PRODUCTION
​This diorama set was produced by Synergy Dio. Productions Inc.  based somewhere in Canada in 1988. I got this date off the top of a sheet of newspaper  that was wadded up and used to cushion the plaster parts in the kit.

A search of  the internet does not find this company in existence anymore.

The kit comes in a generic brown cardboard box. The box art consists  of a very inky photograph of the diorama completed that has been glued onto a sheet  that is further glued to the box.

The sheet says the name of the company and MADE  IN CANADA, but not street address or city is given.

Features listed are: a complete  diorama setting, just assemble and paint, detailed base and building interiors,  instructions and helpful hints enclosed. It further says that cement, paint, models  and accessories (shown in the photograph of the diorama made up) are the products  of other companies and are not included in this kit.

By these they mean the figures  and a lamp post barely visible in this very dark and inky photo.

The box is double shrink wrapped and has multiple tabs that are stapled shut.

Inside the box are 11 white plaster of Paris parts wrapped in  several layers of bubble packing and cushioned with a page out of the Sunday Oct.  16th, 1988 issue of the Times-Colonist newspaper that is wadded up.

Most  of the classified ads on this page are mentioning Victoria B.C. So I assume that  this is where the kit came from and that Synergy was once located there??

This plaster is of a rigid formula and can be sanded and cut without too much powder caused.

There is a sheet in the kit that serves as the instructions.  However, it is very poor and has no illustrations. Leaving the modeler to scratch  his head and wonder just were all the parts go. It only says to sand, file, chip,  scribe and cut the components to suit.

Below that is joining and filling components  instructions. These call out various parts but which is a mystery and not clear  at all.

These have got to be the worst instructions I have ever come across in a  kit.

The parts consist of the buildings front wall, with a arched  window opening. It has the word BUCHHANCLUNG molded into it. 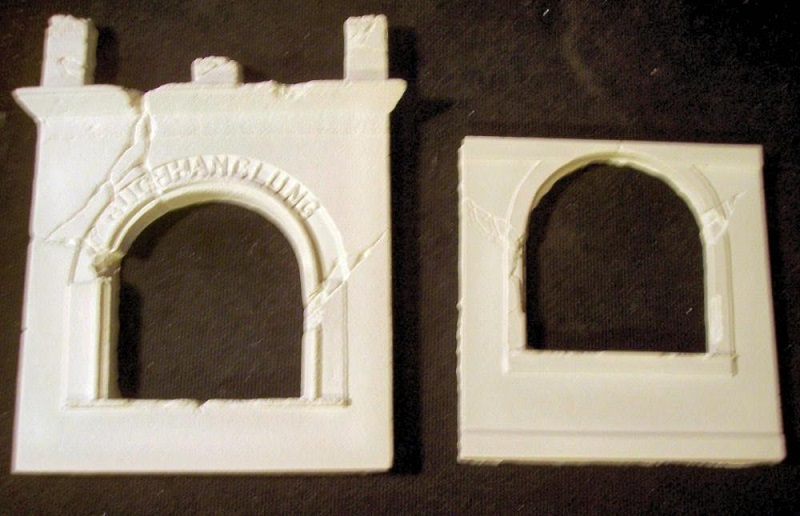 ​There is an  inner wall surface to go behind this that has the same arched window opening in  it.
However, when you match up the two opening together the inside wall is a good  quarter of an inch or better longer below the window opening??? 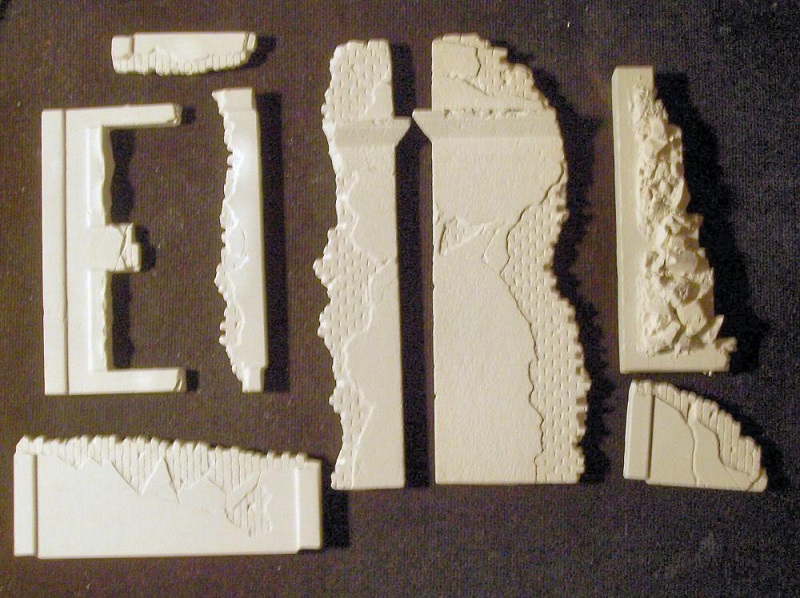 ​The base is a round  section with rubble and a brick paved street molded into it and a U-shaped building foundation. 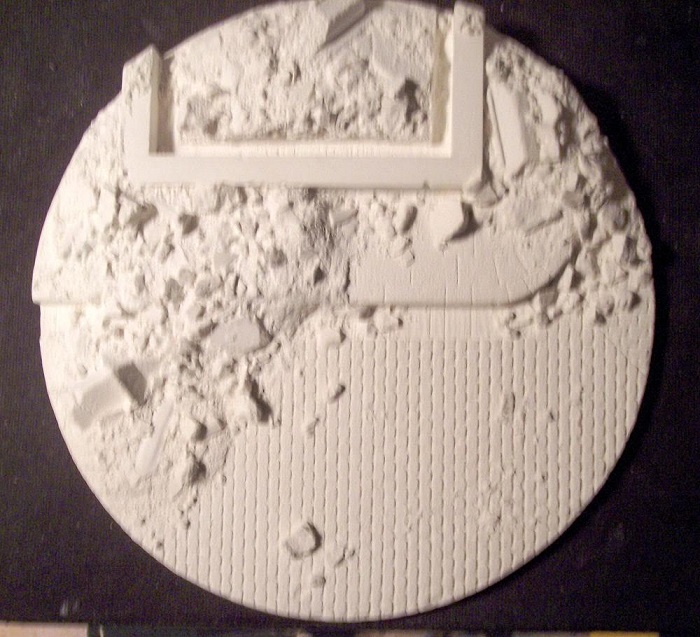 There are several inside wall sections and a second floor section that  are all damaged and showing the plaster removed and brick exposed beneath.

No clear parts are provided for the windows.

Once it is determined just how these pieces should all go together  this will make for a very nice diorama of a war damaged German building.
​Highly  recommended.