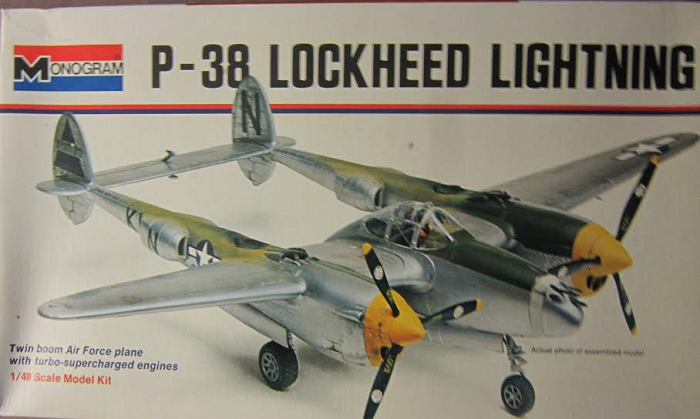 The Lockheed P-38 Lightning is a World War II-era American piston-engine fighter aircraft. Developed for the United States Army Air Corps, the P-38 had distinctive twin booms and a central nacelle containing the cockpit and armament. Allied propaganda claimed it had been nicknamed the fork-tailed devil (German: der Gabelschwanz-Teufel) by the Luftwaffe and "two planes, one pilot"

The P-38 was used for interception, dive bombing, level bombing, ground attack, night fighting, photo reconnaissance, radar and visual pathfinding for bombers and evacuation missions, and extensively as a long-range escort fighter when equipped with drop tanks under its wings.

The P-38 was used most successfully in the Pacific Theater of Operations and the China-Burma-India Theater of Operations as the aircraft of America's top aces, Richard Bong (40 victories), Thomas McGuire (38 victories) and Charles H. MacDonald (27 victories). In the South West Pacific theater, the P-38 was the primary long-range fighter of United States Army Air Forces until the appearance of large numbers of P-51D Mustangs toward the end of the war.

The P-38 was unusually quiet for a fighter, since the exhaust was muffled by the turbo-superchargers. It was extremely forgiving and could be mishandled in many ways but the rate of roll in the early versions was too low for it to excel as a dog fighter. The P-38 was the only American fighter aircraft in high-volume production throughout American involvement in the war, from Pearl Harbor to Victory over Japan Day. At the end of the war, orders for 1,887 more were cancelled.

The box art show the model made up against an all white background, similar to how Tamiya does the majority of their box arts too. It is bare metal with a black fuselage code KLN, yellow spinners, black serial no. 328430 on a black triangle on the outside of the rudders and a black N on the insides. Black anti-glare panel and black panels inboard on the cowlings. Black propeller blades with yellow tips and manufacturer's logos on the blades.

One side panel has a one paragraph history of the P-38, over the copyright date of 1966 and Monogram's address in Morton Grove, IL, kit made and printed in USA and a side profile of the model in the box art scheme.

​
The other side panel has 3 color photos of the model made up with "Jeanne" on the nose (more about this scheme later).

Trees are not cello bagged, alphabetized or illustrated in the instructions. This means a careful hunt for parts needed in each of the assemblies. Bad move Monogram !

The instructions consist of a large 17" x 22" format sheet, folded several times to fit the box.

It contains 8 assembly steps, the history of the P-38, conversion instructions to make either a P-38M nightfighter, a F-5B photo-recon. version or a Pathfinder version with lots of text.

1st scheme: A P-38L fighter-bomber in overall bare metal with red 5413 on sides of the nose and a red serial no. 425413 on the rudder sides.Black anti-glare panel in front of the windscreen.

2nd scheme; A P-38J fighter-bomber in overall bare metal. This is the box art scheme (already described above).

4th scheme: A P-38M night fighter that is overall bare metal. It says Night Lightning on the sides of its nose in black. Serial no. on the rudders is black 426865. 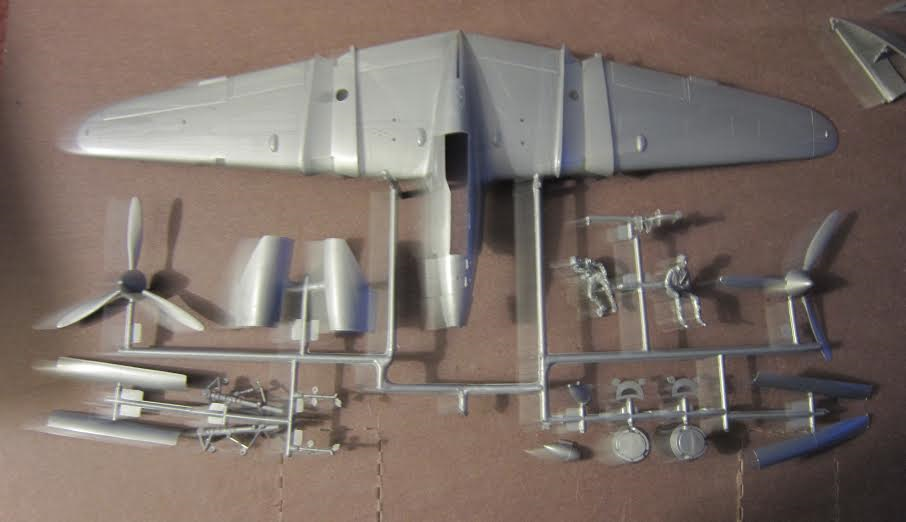 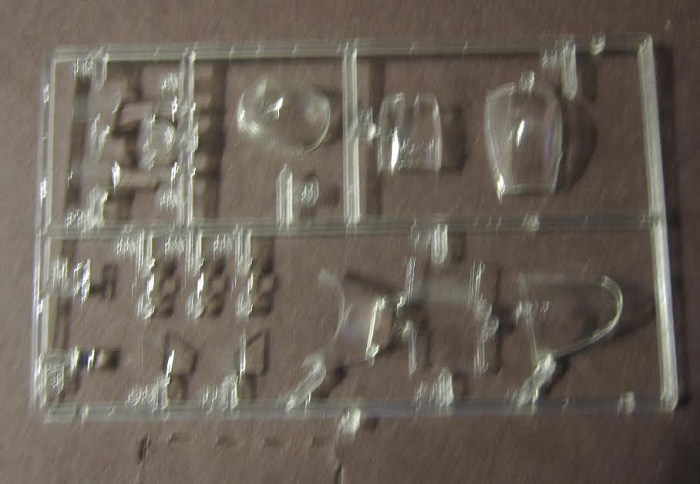 ​
In addition to the markings for the 6 schemes, the decal sheet has a lot of stencil markings on it and the dashboard instruments. 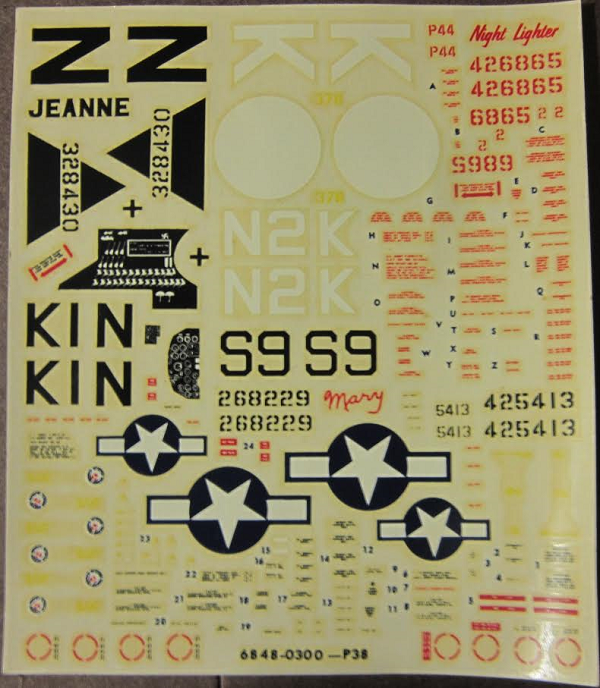 This completes the kits contents.