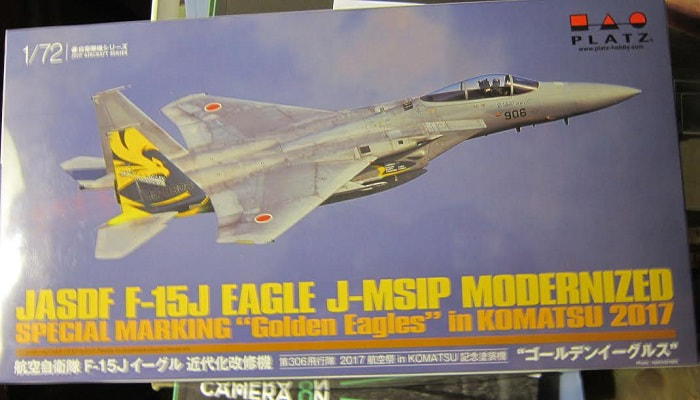 The Mitsubishi F-15J/DJ Eagle is a twin-engine, all-weather air superiority fighter based on the McDonnell Douglas F-15 Eagle in use by the Japan Air Self-Defense Force (JASDF). The F-15J was produced under license by Mitsubishi Heavy Industries.

The subsequent F-15DJ and F-15J Kai variants were also produced. Japan is the largest customer of the F-15 Eagle outside the United States. In addition to combat, F-15DJ roles include training. The F-15J Kai is a modernized version of the F-15J.

The F-15J Eagle was deployed as a main fighter of the JASDF in 1982. At that time, it was an advanced fighter. The F-15J was made in the first upgrading. Since then, the JASDF starting updating according to the Japanese-Multi-Stage Improvement Program, which is called J-MSIP.
The number of modifications has increased since 2004. There are two types (type I and type II) by the upgrading methods. The F-15J Eagle was equipped with IRST system (infa-red search and track system) and is a method for detecting and tracking objects. The prototype performance test was conducted using type I in 2008. A total of 8 type I planes had been upgraded to type II except the prototype in 2007.

Type II's were deployed in the Air Development and Test Wing first, then deployed in JASDF 306th Tactical Fighter Squadron and has been showing its ability in the JASDF. The F-15J has been produced under license based on the F-15 Eagle of the U.S.A. The ability of the F-15J in air defense of Japan will be remarkably improved by superior basic design and Japanese high technology.

This kit comes in a tray and lid type box. It is not shrink-wrapped, but held shut with tape.

The box art shows a F-15J fling against a bright blue sky. Iit is in various light shades of gray. It has a logo on the rudders of a black and yellow eagle with the white wording GOLDEN EAGLES 306 FIGHTER SQUADRON. It has a black number 906 on the sides of the nose and the noses of the fuel tanks is black and yellow.

One side panel has a small color repeat of the box art, followed by "The F-15J Eagle is a Japanese main fighter aircraft since 1982. It wears normally air-superiority camouflage. In air combat exercises or airbase festivals, some special markings are added. In the Airbase Festival in Komatsu, which was scheduled to be held in September 2017, was canceled due to a big typhoon.

​The 306th Squadron added a yellow eagle emblem on the rudders. It was then spotlighted for its poweful images reminding viewers of the unit name "Golden Eagles"." Followed by: 1/72nd sclae plastic model kit, total length 11", total span 7", correct molding of fairing on the side of the air intake seen on F-15J equipped with IEWS, silk screen decals printed by Cartograph with fine colors to apply. Two painting schemes of no. 906 with special markings and no. 928 equipped with IRST. This is all in Japanese and English.

Platz's streed address in Shizuoka City, Japan is provided as well a their net address, telephone and FAX numbers.

The other side panel has a small color photo of the actual Golden Eagle flying along at Komatsu and a color photo of the model made up in scheme with 928 on the sides of the nose.
This is followed by "This is a plastic unassembled scle model kit, glue and paint not included, some parts are extremely sharp. Handle carefully and do not use near fire while using glue and or paint, suitable for age 15 and above". Platz's web address is again repeated.

This again is in both Japanese and English.

​The bottom of the tray has a color 4-view of the box art scheme. 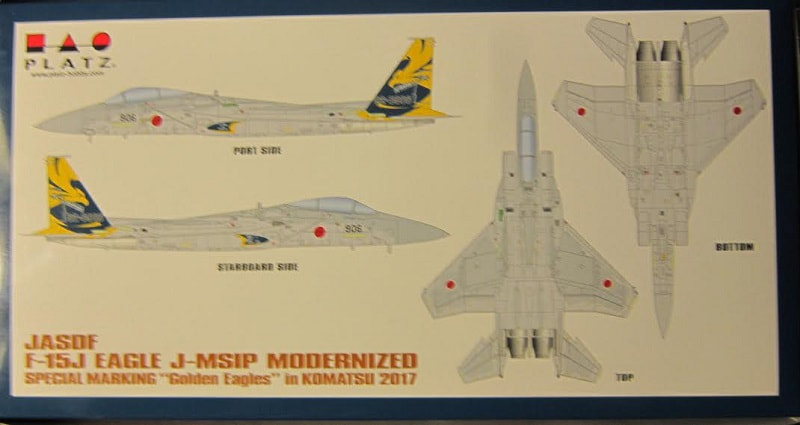 One one side-panel of the tray there is 3 color box arts of kits that Platz manufactures, the Japanese T-2 in 3 different paint schemes. I don't know if there is any difference in these kits other than the markings?? They are kits no's AC-13, AC-15 and AC-19.

This kit contains 9 light gray parts trees, a clear tree and the decal sheet in 2 sealed clear cello bags and the instructions.

The instructions consist of a staple-bound booklet of 8 pages printed on slick-coated paper. Pages are in 8" x 10 1/2" page format.

The first 3-view is of the box art subject (already described above. 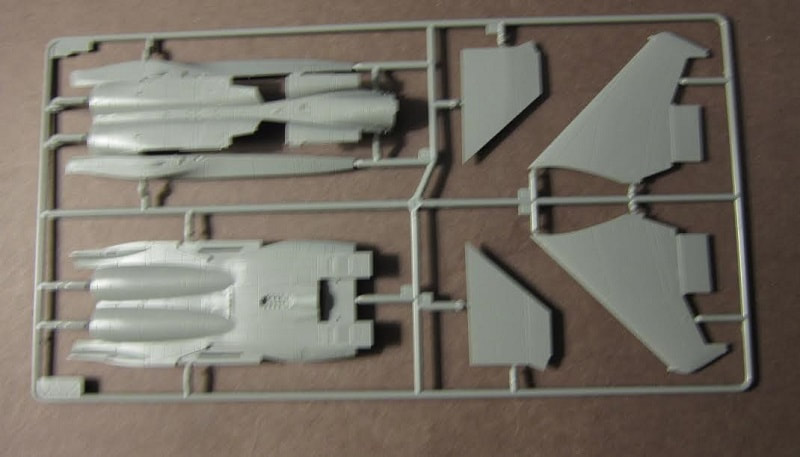 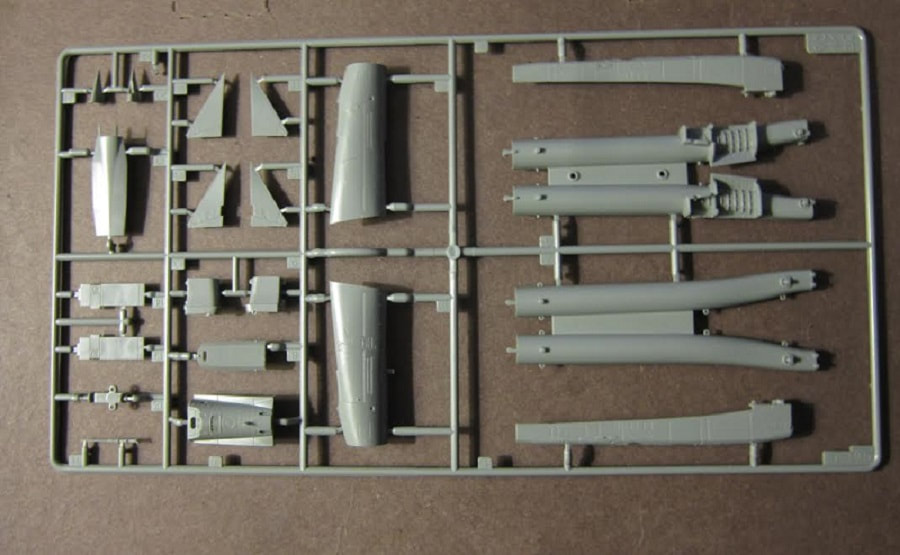 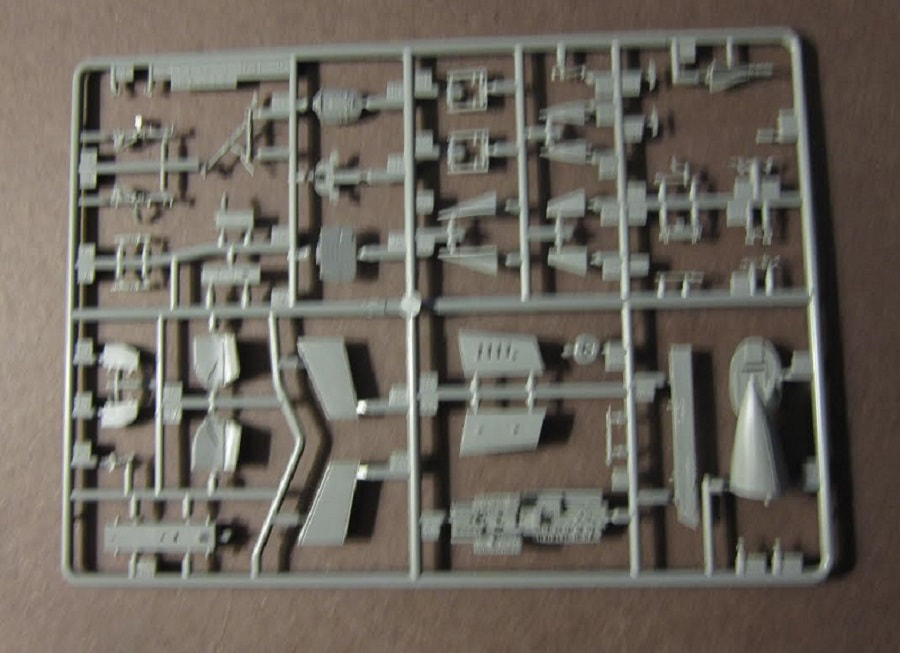 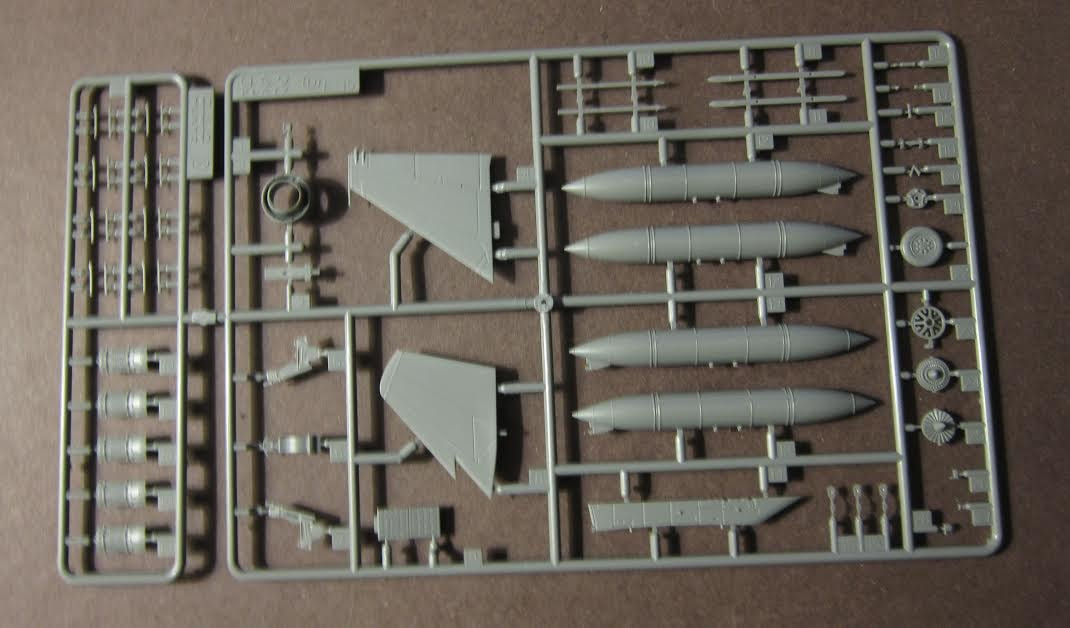 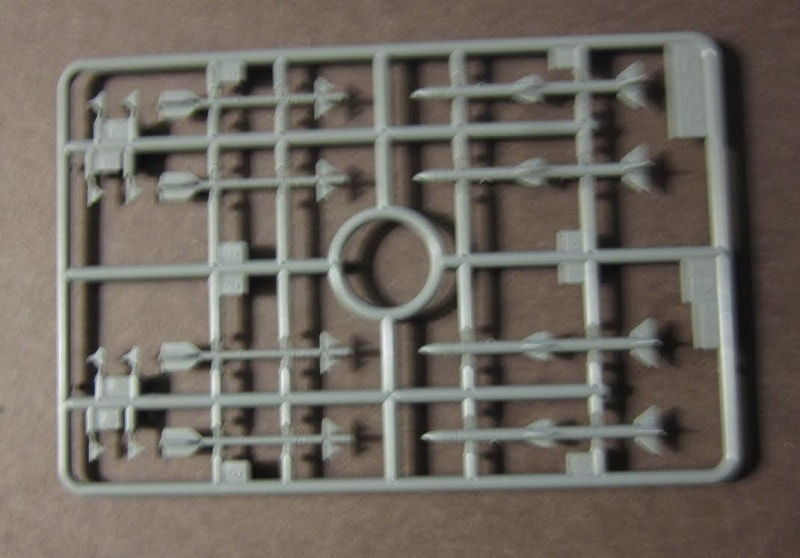 Small light-gray letter H tree holds the parts for the J-MISP upgrade. (there are 6 parts) 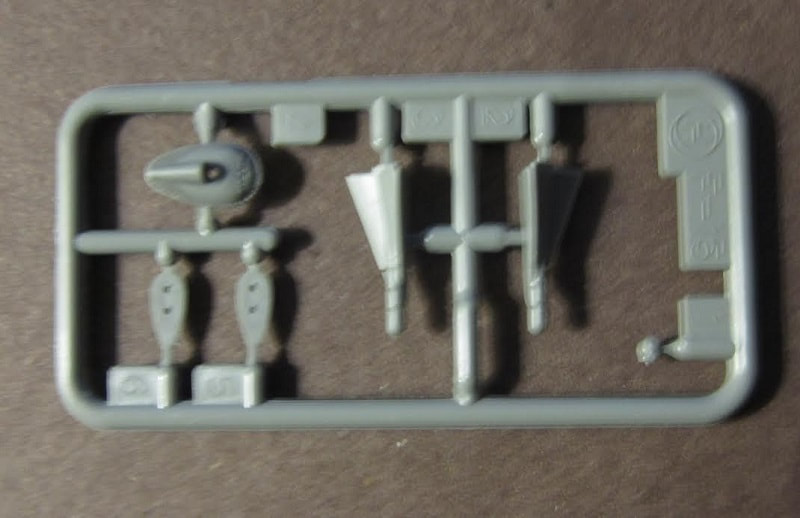 It is a large sheet and has hundreds of microscopic stencil marks on it. They are printed very close together. I shudder to think of getting these tiny marks off the sheet and applying them. I have to say I think its going to be nearly impossible to use them all, but the sheet is very thorough about including all of what was probably on the real F-15J's.

​
This kit is very highly detailed and definately for the advanced modeler and not the novice. It is not a weekend project.

All their products can be seen on their web site at:
www.platz-hobby.com
​