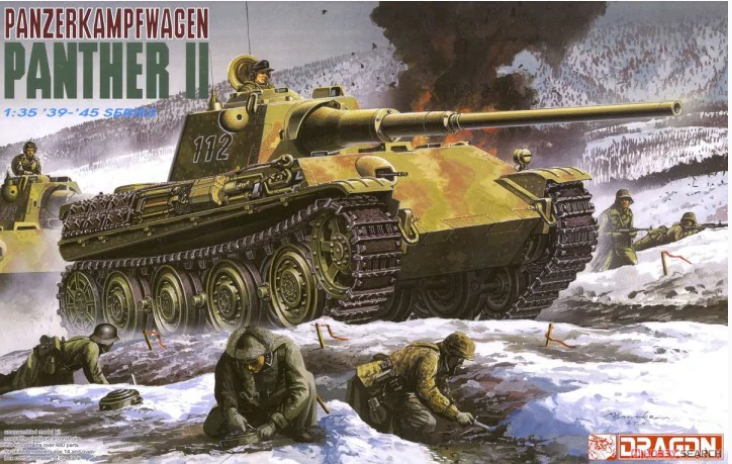 The Panther II tank was a German tank design proposal, based on the Panther tank during the Second World War. It had thicker armor when compared with the Panther and some standardized components were implemented from the Tiger II tank.

The Panther II did not progress beyond prototypes and did not enter production.
The early motivation for improving the Panther tank came from the concern of Adolf Hitler and others who believed that it lacked sufficient armor. Hitler had already insisted on an increase in its armor once, early in the design of the original Panther in 1942.

Discussions involving Hitler in January 1943 called for further increased amour; initially referred to as Panther 2, it was known as the Panther II after April 1943.
There would have been the usual tank crew consisting of five: the driver, commander, gunner, loader and radio operator.

Following the decision not to commence production, the concepts and ideas were used for the design of the E-50 Standard  Panzer project.
​THE KIT:

DML Dragon is a prolific model company based in Hong Kong, China. They manufacture all manner of model subjects in the popular scales. The kit was imported and distributed by Marco Polor Industries Inc. in City of Industry, CA.
The kit comes in a shrink-wrapped tray and lid type box.

The box art shows 2 Panther II's moving through snow. Both are in a wave pattern of sand-yellow, dark-green and red-brown. The lead Panther II has a red 112 outlined in white on the sides of the turret and a small German cross on the forward end of the sides of the hull.

The second Panther II is in the same scheme with a red number 221 outlined in white.

The tank commanders in both Panther II's are looking out of the upper turret hatches. They wear khaki uniforms with soft field caps and have earphones on.
Around the tanks are 5 German infantrymen. The 3 men in the foreground are digging up mines. They wear winter clothes and one has a fur lined hat on.

Beyond the tanks is 2 more German infantrymen. One is prone and aiming his 98K carbine. The other one is armed with a P-40.

One side panel has the color box art of DML's kit no. 9008, a Pz.Kpfw. V Ausf. F (Sd.Kfz. 171) Panther F, followed by Marco Polo Import Inc's street address in City of Industry, CA and their FAX number.

They were the U.S. distributor of DML kits in 1994 , which is the copyright of this kit. Kit was made in Hong Kong, China.

​The other side panel has 3 color walk-around type photos of the model made up in the box art scheme, followed by Marco Polo's address, FAX number, the copyright date and made in Hong Kong again.

The instructions consists of a single-sheet that accordion-folds out into 8 pages ing 8 1/2" x 11" page format.

Page 1 begins with a black and white repeat of the box art, over the parts trees illustrations.

Page 2 begins with CAUTIONS, over international assembly symbol explanations and a suggested paint listing of Gunze Sangyo and Italeri brands of hobby paints, in 6 languages, including English and the first assembly step.

Page 3 through 7 gives a total of a balance of 12 assembly steps, over the decal application instructions.

Page 8 is the marking and painting instructions, with a 4-view of a Panther II in a wave pattern of Gray, dark-green and red-brown. It has a red turret number of 213 outlined in white, with  3 white tank silhouettes before it as "Kill marks" and a German cross on the fore end of the sides of the hull. It says it is as it looked in Berlin in 1945. Which is silly as this tank was never built. 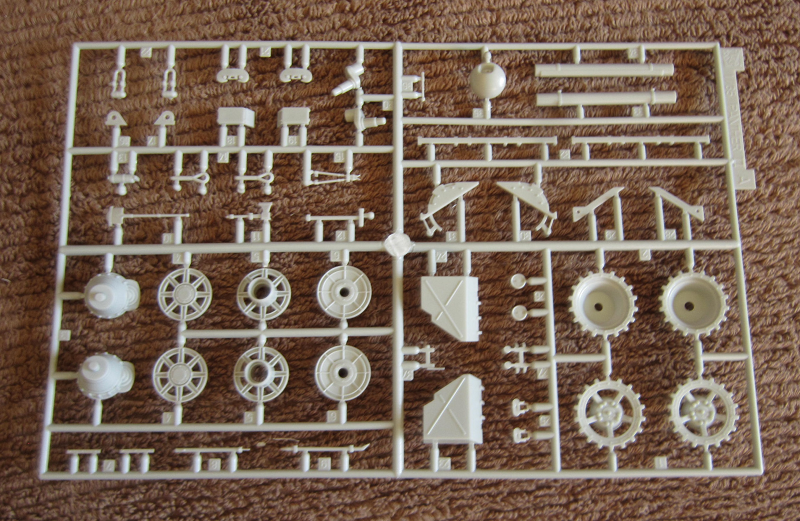 ​Pale-gray letter B tree holds: the hull top and rear wall, crank etc. (23 parts) Two parts are blued-out in the parts trees illustrations. Meaning they are excess and not needed to complete the model. 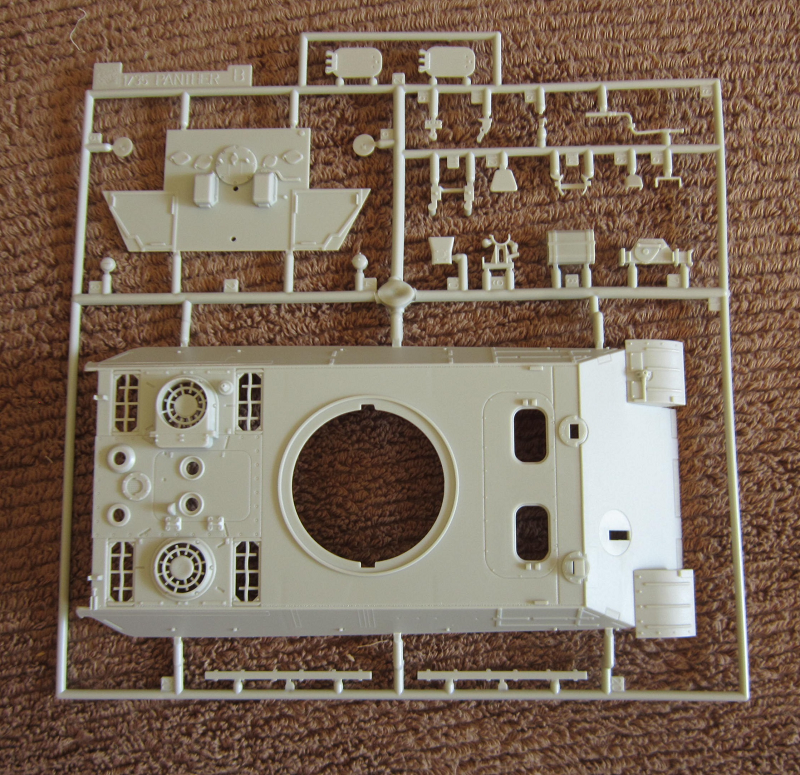 The one piece lower hull tub is loose. 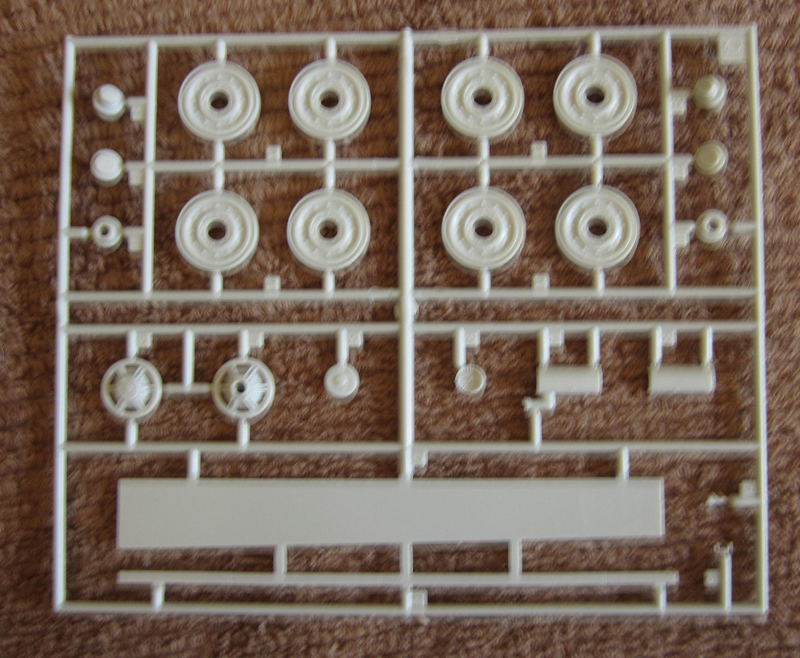 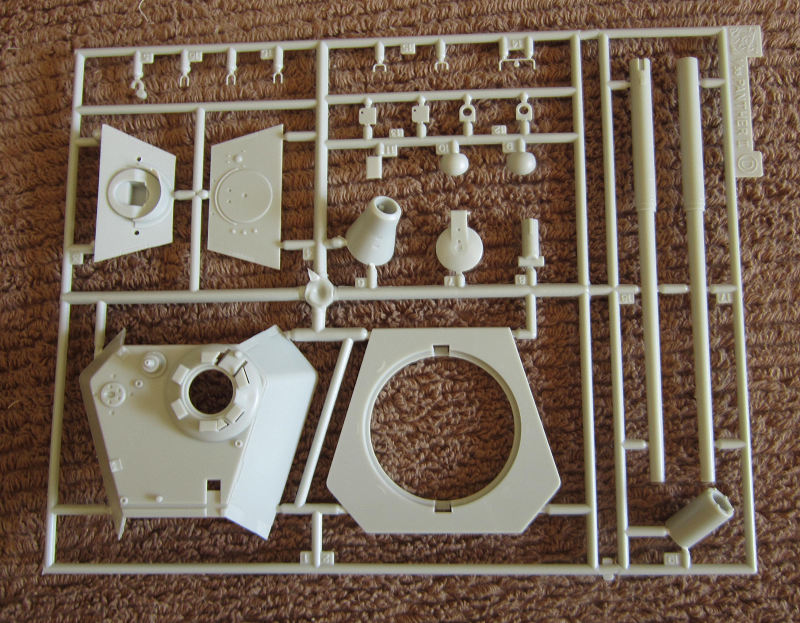 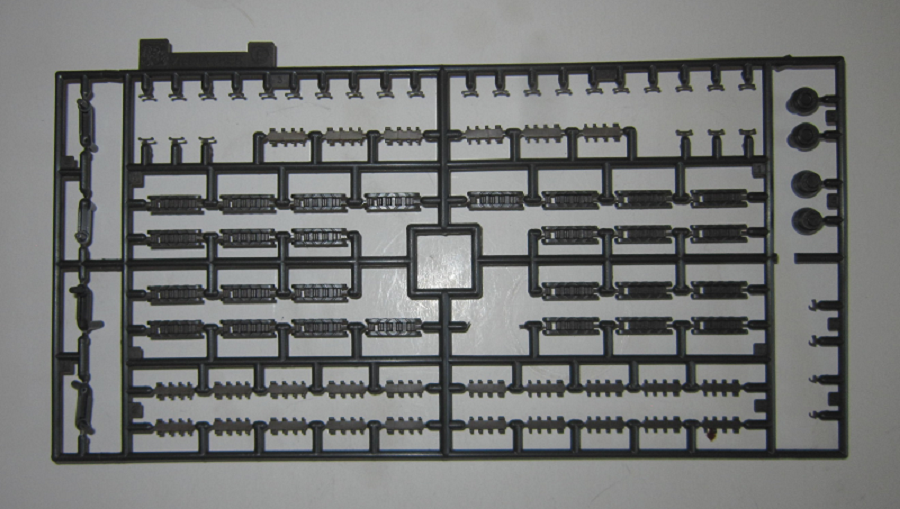 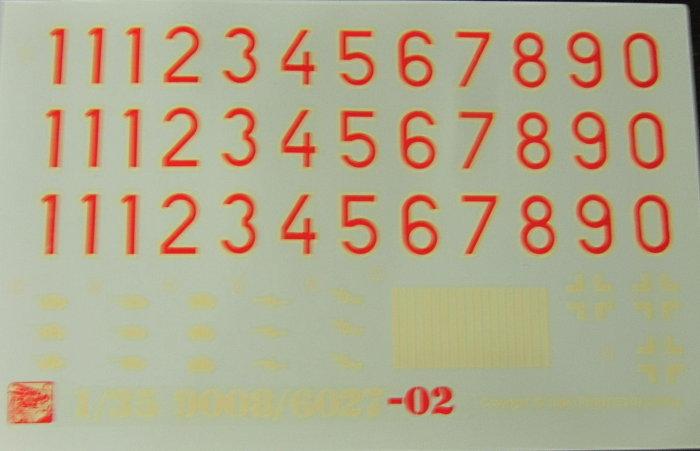 ​MA is the PE fret. It holds engine air intakes and grills (7 parts) 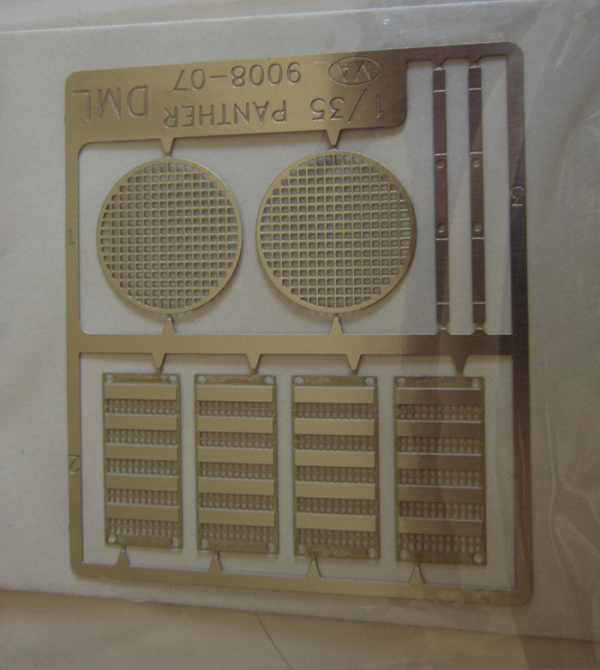 ​Next is the length of string and the decal sheet that completes the kit's contents. 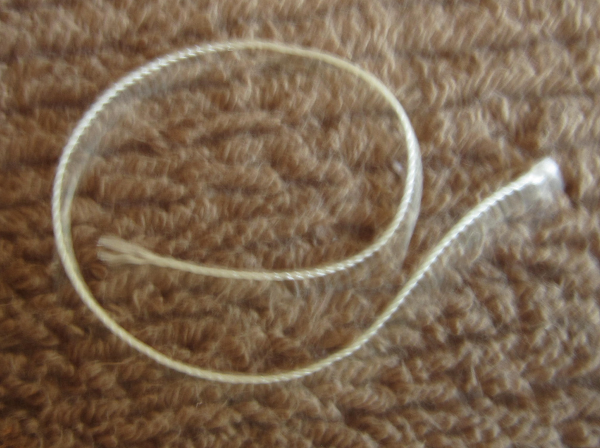 ​There are no clear parts or crew figures included and no interior detail. Exterior detail is great.
​Highly recommended to modelers that like "What if" type prototypical kits.