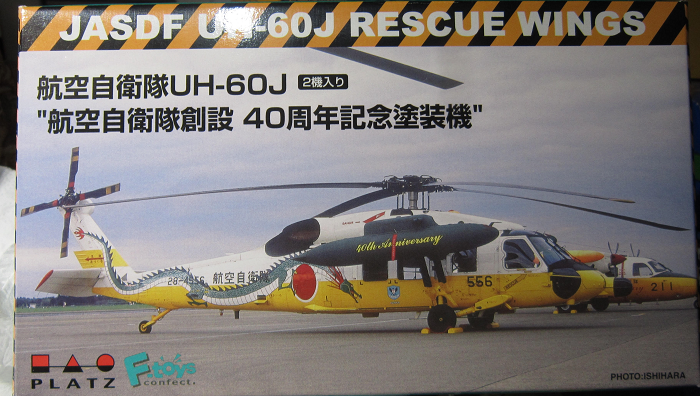 The Mitsubishi H-60 series is twin-turbo shaft engine helicopter based on the Sikorsky S-70 helicopter family for use by the Japan Self-Defense Forces (JASDF).

The JMSDF chose SH-60B Seahawk as the successor of the Mitsubishi HSS-2A/B Sea King. The Japan Defense Agency acquired a S-70B-2 from Sikorsky for study in 1985.

The Defense Agency was going to develop Light Airborne Multi-Purpose System (LAMPS) Mk III for Japan, but it was declined by the United States, and most avionics sets were developed in the Technical Research and Development Institute.

The Defense Agency ordered two XSH-60Js from Sikorsky for $27 million. Their first flights were on 31 August and in October 1987. The Defense Agency designated the model SH-60J. They were fitted with Japanese avionics systems and tested by the JMSDF.

The SH-60J is built in Japan under license from Sikorsky. It began deliveries in August 1991 and entered service thereafter.

Based on a concept of the JMSDF, HQS-103 Dipping Sonar, HPS-104 active electronically scanned array Search Radar, and HLR-108 ESM System equipment of the avionics of SH-60B be different.

The engine is the GE/IHI T700-IHI-701C turboshaft, which Ishikawajima-Harima Heavy Industries produced under license. It is a hybrid of SH-60B and SH-60F, except for avionics.

The crew includes a pilot, copilot and sensor operator. The copilot can concentrate on the role of Tactical Coordinator with the help of the Automatic Flight Management System and Inertial Navigation system

Platz and F-toys are based in Shizuoka, Japan. F-toys manufactured this kit and Platz is the seller.

The kit came in an un-wrapped end opening type box. I am no fan of this type of box. Because invariably parts or the decal sheet find their way past one of the end flaps to become lost forever. Give me a tray and lid type box any day of the week.

The box art shows a color photo of a real UH-60J sitting on a runway. It is white over a yellow under carriage. It has a dragon illustrated down the whole length of the fuselage, black serial no. 28-4556, black 556 under the cockpit and Japanese wording on the sides. Black nose and engine exhausts and propeller blades. It has 2 fuel tanks on pylons, one on each side that are navy-blue with yellow wording "10 Anniversary" on them.

The bottom of the box has a color 4-view of the helicopter in the box art scheme, showing it's sides top and bottom. 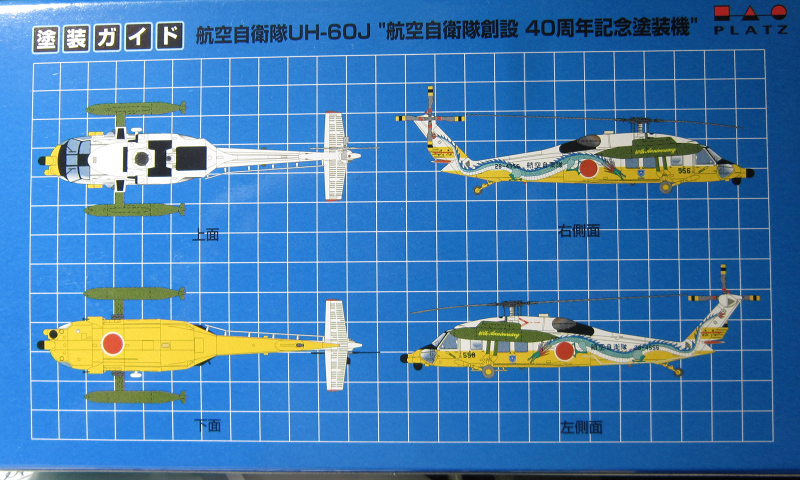 ​Side panels of the box are mostly in Japanese, except one side says in English "Some parts may be too sharp, more caution and care needed for families with infants. When using adhesives and paint, do not use near fire to avoid flammability." and Platz's street address in Shizuoka City, Japan, their telephone and FAX number and web address. Copyright shown in 2006 and kit was made in Japan.
​WHAT'S IN THE BOX

Parts are in a long clear cello tube that is divided into 4 sealed compartments along its length.

Parts are all molded in clear frosted plastic.

The first compartment holds the fuselage halves and fuselage nose section, these parts have been pressed together. (3 parts) 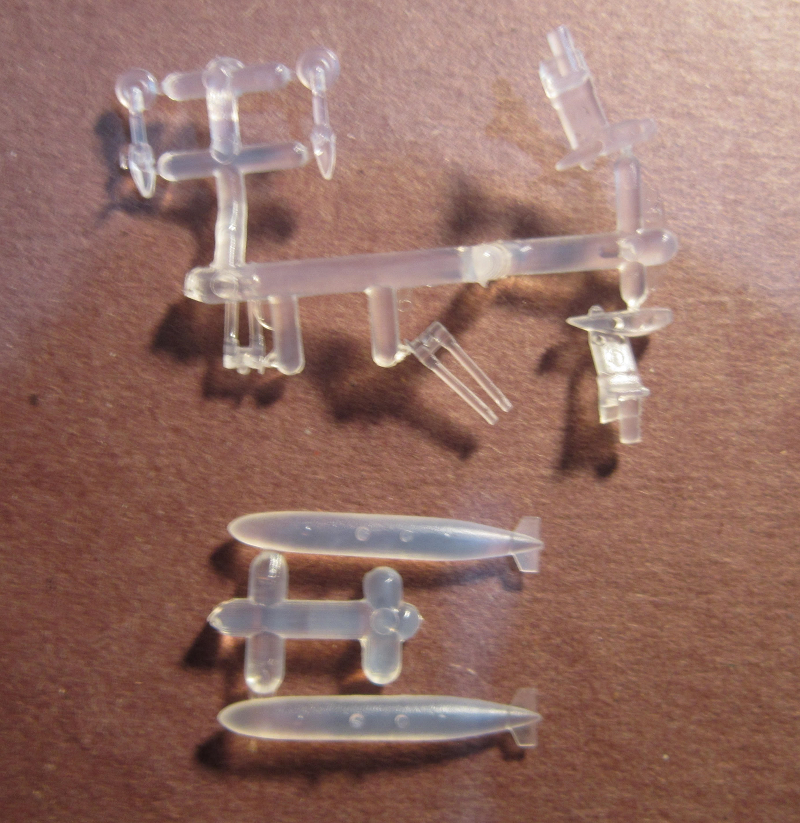 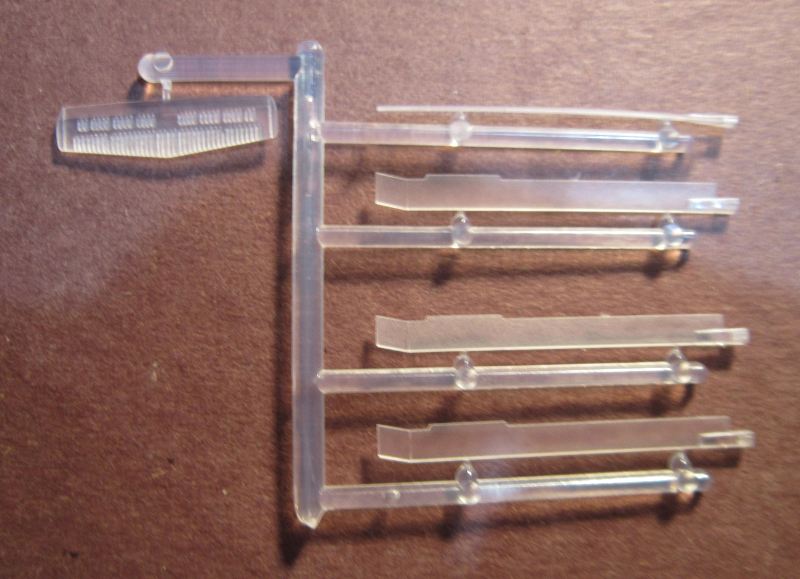 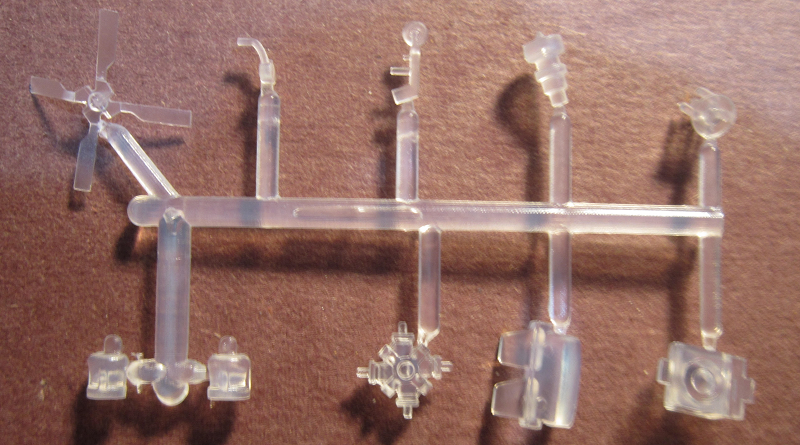 The decal sheet has enough decals for both models. 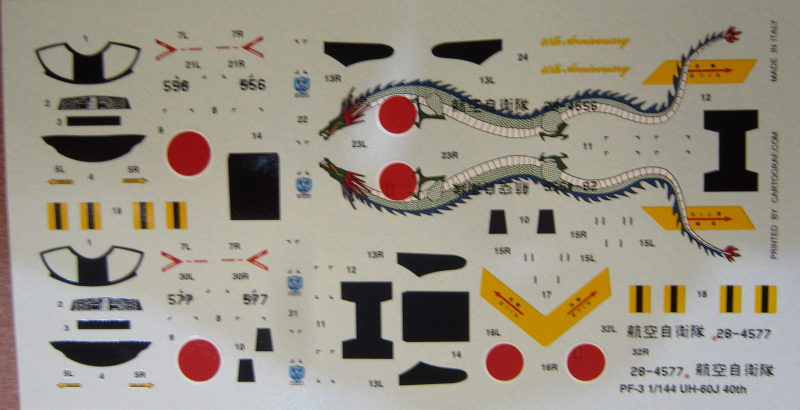 ​The instructions consist of a single sheet folded in the center to create 4 pages in 8 1/4" x 6" page format.

It is predominantly in Japanese, except for in English some general instructions.
Page one has the English and Japanese text over the first 2 assembly steps.

Page 2 has the 3rd and last assembly step.

Page 3 has marking instructions showing where to put the markings as a 4-view.

Page 4 is the painting guide showing a 4-view of the box art scheme and 2 side views of the helicopter in white over yellow undercarriages. One has the black ser. no. 28-4577 on the fuselage rear sides and black 577 under the cockpit.

The second one is also white over yellow with no serial no. shown.

All these illustrations show that there are bombs on the side pylons and not fuel tanks like the photo on the cover art.

The decal sheet completes the kits contents. It has a tissue provided for its face to prevent scratching the decals.

There are no crew figures included.

I want to thank the folks at Platz for this review
sample that they sent me and F-toys too.

Platz  products can be seen at:
http://www.platz-hobby.com/