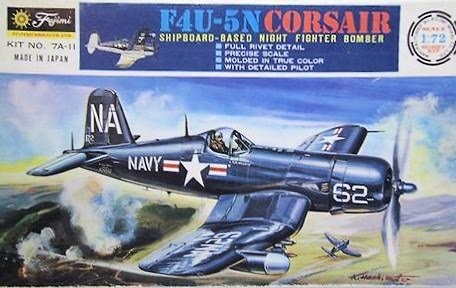 The Vought F4U Corsair is an American fighter aircraft that saw service primarily in WWII and the Korean War. Demand for the aircraft soon overwhelmed Vought's manufacturing capability, resulting in production by Goodyear and Brewster: Goodyear-built Corsairs were designated FG and Brewster-built aircraft F3A.

The Corsair was designed as a carrier-based aircraft, but its difficult carrier landing performance rendered it unsuitable for Navy use until the carrier landing issues were overcome by the British Fleet Air Arm. The Corsair thus came to and retained prominence in its area of greatest deployment: land based use by the U.S. Marines.

The role of the dominant U.S. carrier based fighter in the second part of the war was thus filled by the Grumman F5F Hellcat, powered by the same Double Wasp engine first flown on the Corsair's first prototype in 1940. The Corsair served to a lesser degree in the U.S. Navy. As well as the U.S. and British use the Corsair was also used by the Royal New Zealand Air Force, the French Nave Aeronavale and other, smaller, air forces until the 1960s. Some Japanese pilots regarded it as the most formidable American fighter of World War II, and the U.S. Navy counted an 11:1 kill ratio with the F4U Corsair.

Fujimi is a model company based in Japan. AHM (Associated Hobby Manufacturing) is their U.S. distributor in Philadelphia, PA.

The box art shows 2 Corsairs flying along. The one in the foreground is navy blue over a grey under carraige. It has a white 64 on the cowling sides. There are bombs under the fuselage and rockets with red tips under the wings.

A second Corsair is far in the background and banking away.

The other side panel has a small color repeat of the box art and the kits features: Authentic 1/72 scale, full rivet detail, precise scale, molded in true color, detailed pilot.
​WHAT'S IN THE BOX:

The instructions consist of a single sheet, printed on both sides in 6 3/4" x 9" page format.

The face side of the instruction sheet has a black and white photo of the model made up with a checkerboard cowling, white 22 (U.S. Star) MARINES down the side of the fuselage, white WR on the rudder sides and white 22WR above the right wing. However, this scheme and the box art one are NOT on the decal sheet.

Above this is a 3-view illustration of this scheme and history of the F4U.

The other side of the instruction sheet has 5 assembly steps on it with names of the parts.

There are no parts trees illustrations in the instructiions and no part numbers on tabs next to the parts on the trees.

The parts trees are neither alphabetized or numbered. 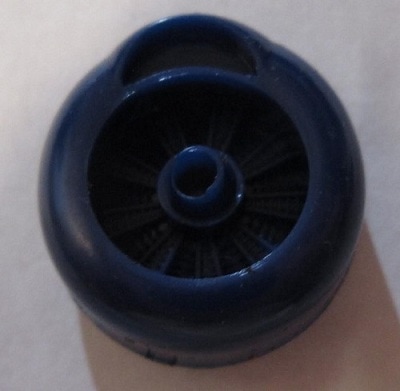 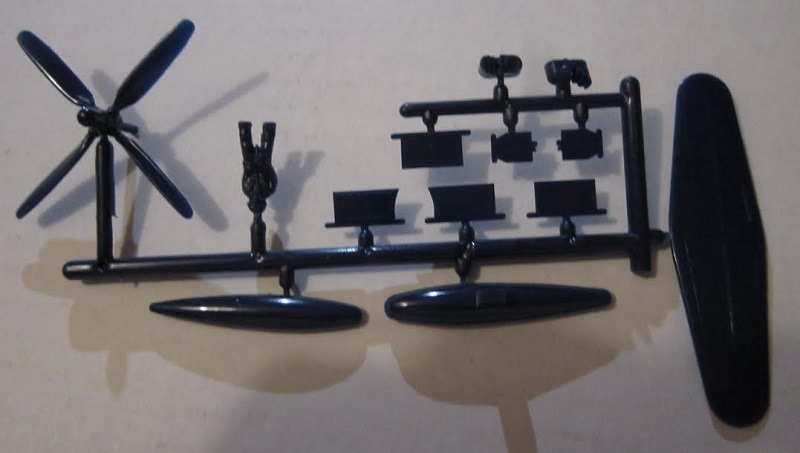 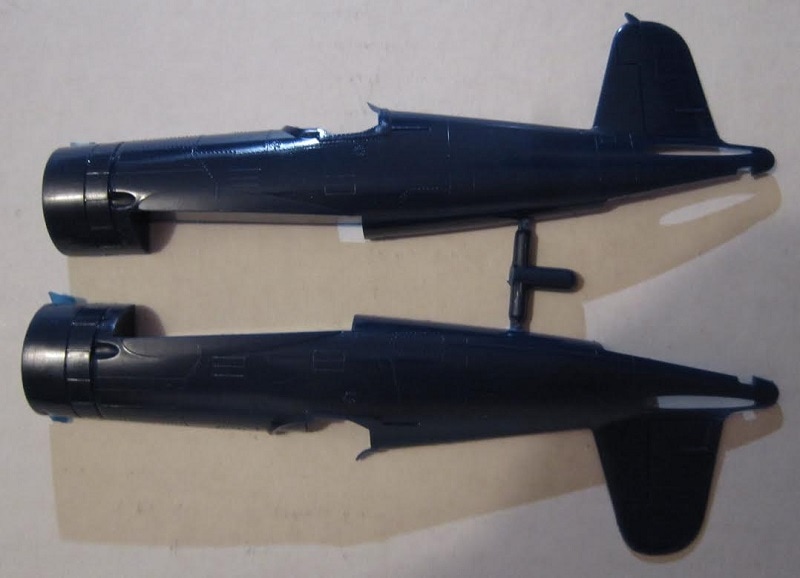 ​The clear tree is the cockpit canopy.

Part trees are not cello bagged. 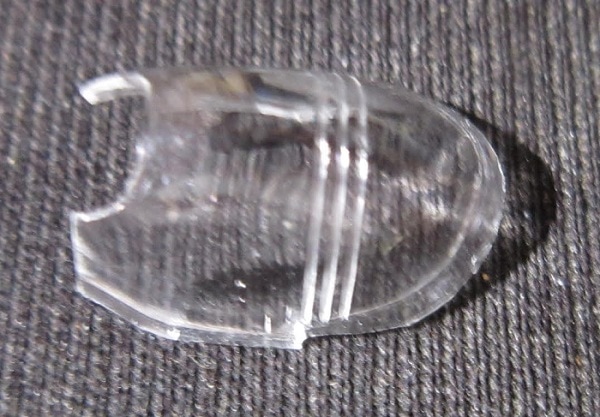 ​The decal sheet is next. It has U.S. stars with bars and the white word NAVY on it. Why it does NOT have the box art number of white 64 or the Marine Corsair markings is a mystery. Bad move Fujimi. 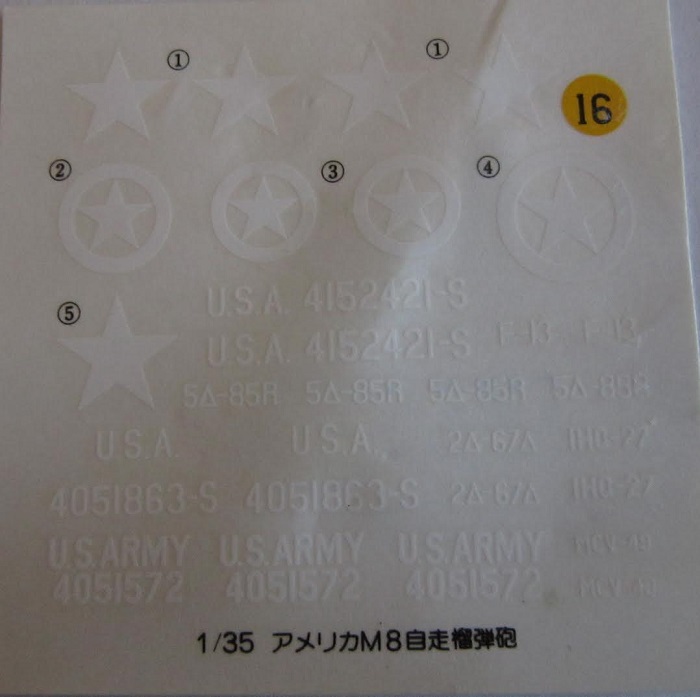 ​Control surfaces are molded solid and the canopy part molded shut. Panel lines are all of the raised variety.

This is a nice older kit. My only gripe is the decal problem.

Otherwise recommended.
​I bought my kit at my local hobby shop and am willing to sell it for a decent offer.