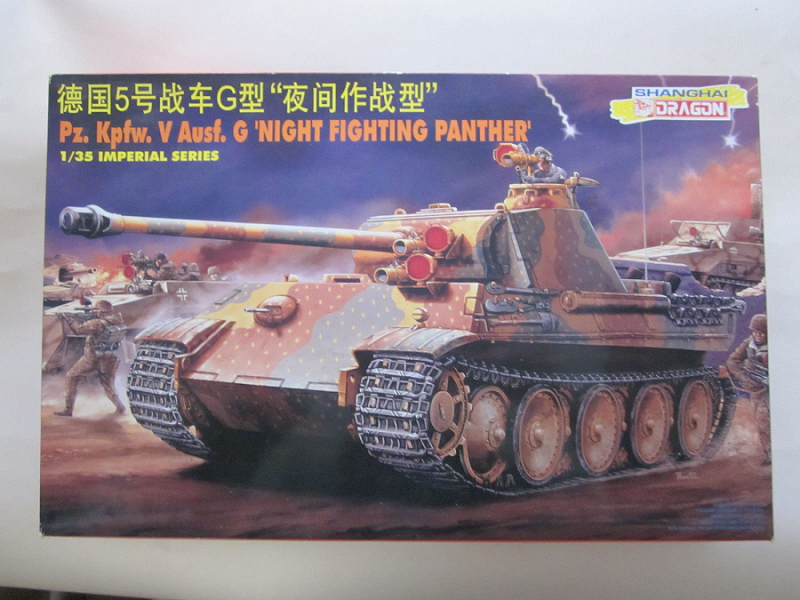 OUT OF PRODUCTION. However, it is available at 2 locations overseas on the web. Copyright date is 1997. I paid $19.98 for this kit back then.
HISTORY:

The trade-off was weaker side armor, which made it vulnerable to flanking fire. The Panther proved to be effective in open country and long range
engagements, but did not provide enough high explosive firepower against infantry.

The Panther is a German medium tank deployed during World War II on the Eastern and Western Fronts in Europe from mid-1943 to the war's end in 1945.

It had the ordnance inventory designation of Sd.Kfz. 171. It was designated as the Panzerkampfwagen V Panther until 27 February 1944, when Hitler ordered that the Roman numeral "V" be deleted. Contemporary English language reports sometimes refer to it as the Mark V.

DML Dragon is located in Hong Kong, China. However, they had a facility at Shanghai, China, where this kit was produced. I don't know if that facility exists anymore. I only have one..maybe two kits that were done at Shanghai. DML is a prolific model company that manufactures all manner of model subjects in the popular scales.

The box art shows a Panther Ausf. G moving across a field with 2 German half-tracks behind it and 2 German infantrymen beside it. One infantryman is aiming his rifle with a infra-red scope on it.

The Panther is in a wave pattern of earth yellow, dark green and red brown with small yellow dots over the green and brown waves, known as "The ambush pattern". No markings are shown on it. The commander is looking out of the upper turret hatch through a infra-red scope.

One of the half-tracks is also mounted with a infra-red scope that one crewman is looking through. In the distance is a burning tank. I cannot identify it.

One side panel has a color box art of a German E-100 Super-heavy tank. No kit no. is provided for it. This is followed by a CAUTION that says when you use paint of cement don't use them near an open flame and be in a well ventilated room, in 6 languages, including English. This is followed by the kit is not suitable for children under 3 years of age due to small parts with sharp edges, in multiple languages, including English.

Shanghai Dragon's street address in Shanghai is provided with their telephone and FAX numbers. Kit made in China.

The other side panel has 3 walk-around color photos of the model made up in the box art scheme and Shanghai Dragon's street address and telephone and FAX numbers repeated.

The kit contains 14 light gray trees and 3 clear trees in 10 sealed clear cello bags, the decal sheet and the instructions.

The instructions consists of a single-sheet that accordion-folds out into 8 pages in 14" x 8 1/4" page format.

Page 1 begins with a black and white repeat of the box art over the parts trees illustrations. Some part trees shown here have parts blued-out on them. Meaning these parts are excess and not needed to complete the model.

Page 2 begins with CAUTIONS, over international assembly symbol explanations and a suggested listing of Gunze Sangyo and Italeri brands of hobby paints, in 6 languages, including English.

Page 3 through 7 give a balance of a total of 20 assembly steps.

Page 8 is the marking and painting instructions. It shows a 4-view of the box art scheme (already described above) and is as the tank looked in Germany in 1945.
The bottom of the page has the decal application instructions in 6 languages, including English. 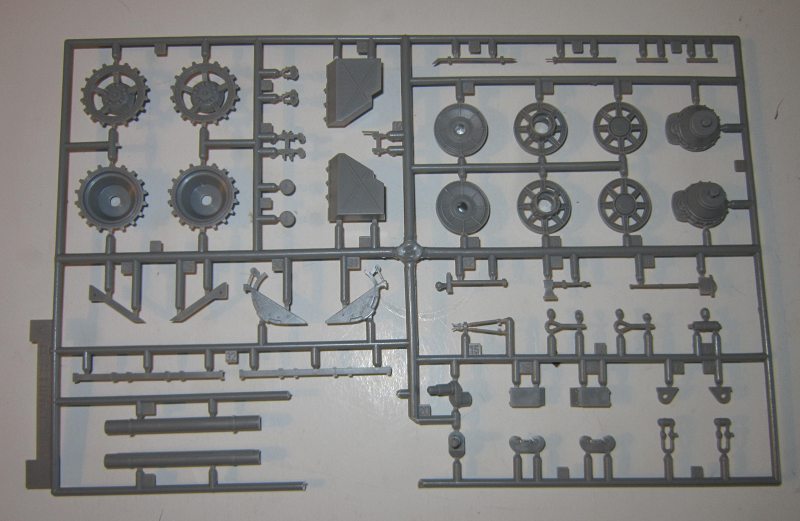 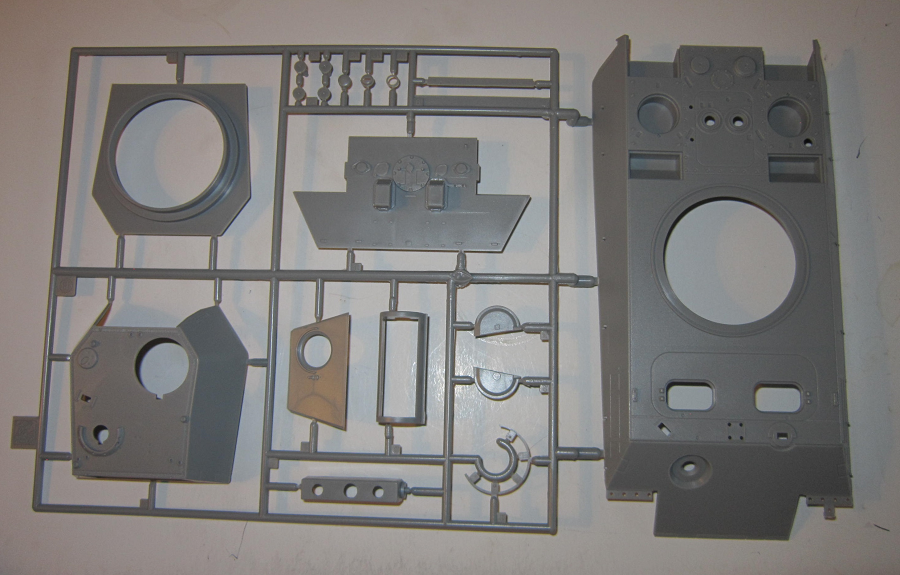 ​There are 4 identical light gray trees that are also marked as letter C. These holds individual track links. (48 parts per tree) 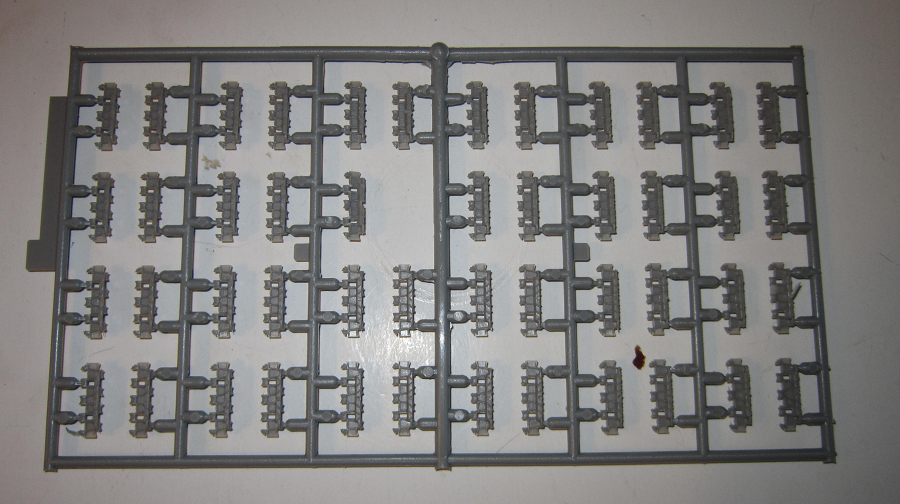 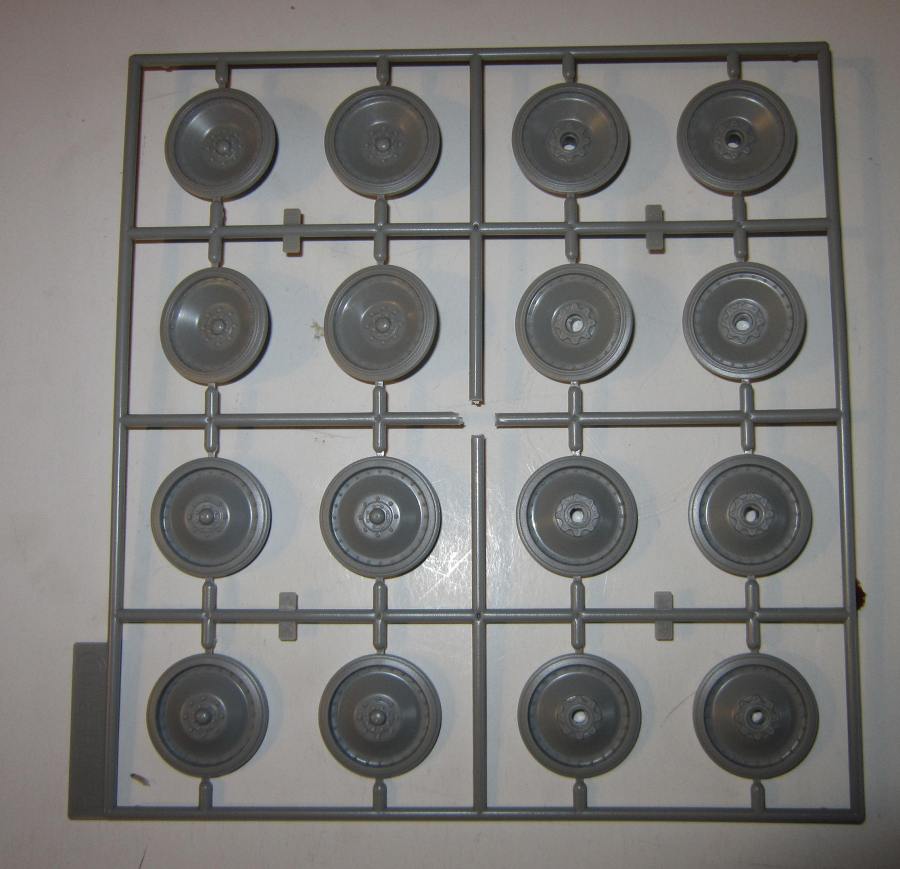 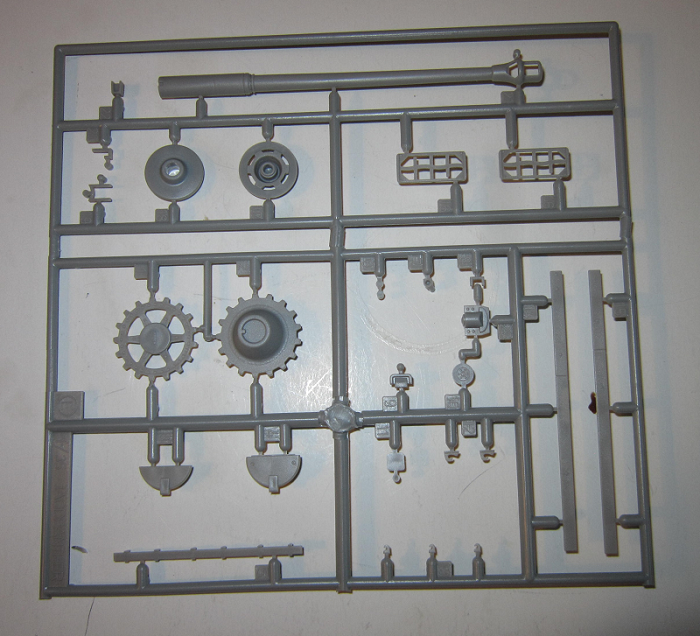 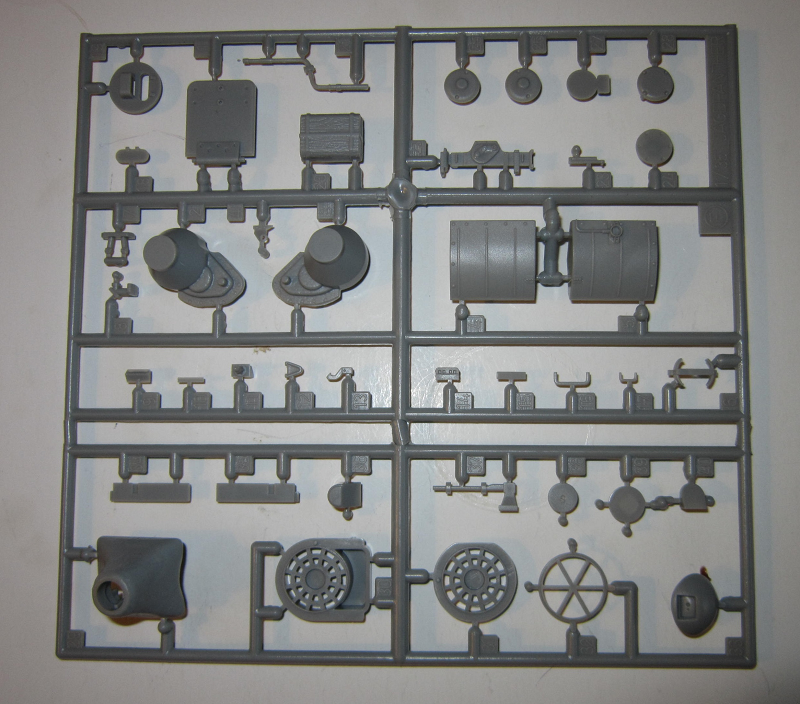 ​There is no letter G tree. 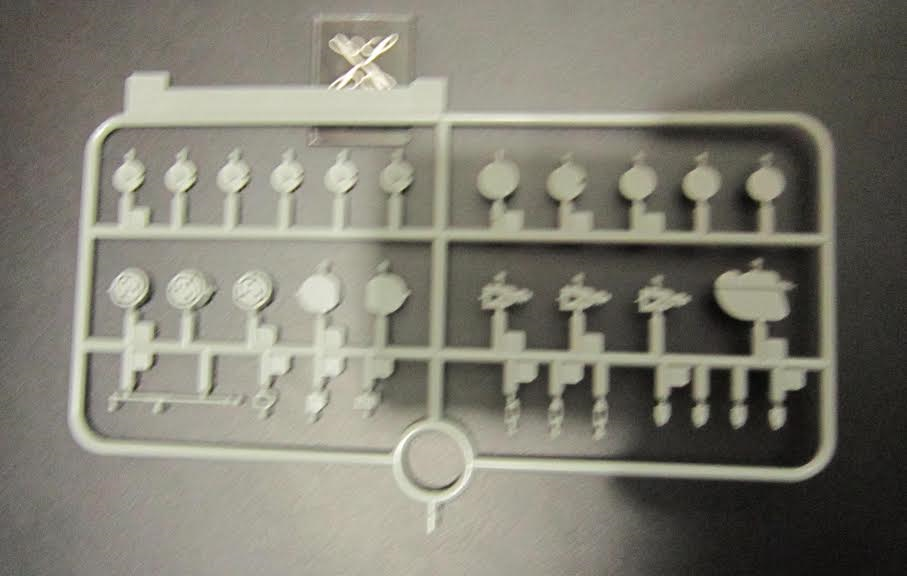 ​There are 3 identical clear letter Z trees. These hold the infra-red scope parts (12 parts per tree)

​There are no crew figures or internal detail in the kit. The exterior detail is nice though. 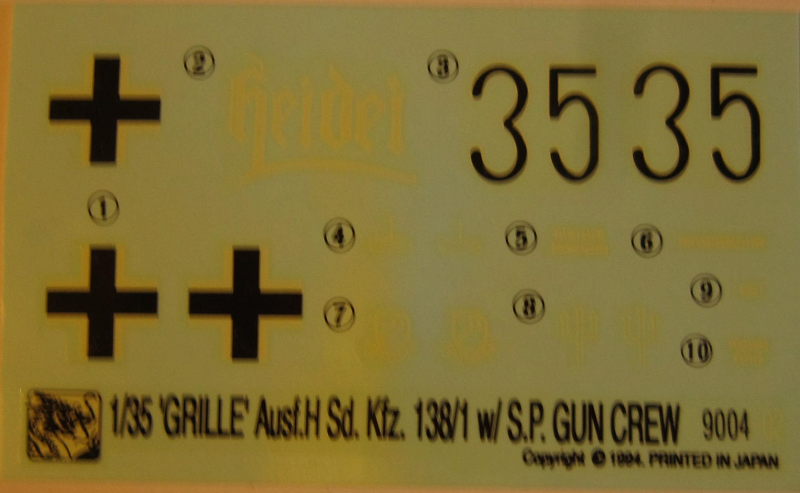 ​I have added one of my company's (Armor Research) set. no 5003, a corrected turret for Tamiya's Panther A, that may work on this kit or not and a set of On the Mark brand brass PE, set no. TMP-3525. I also have a set of my Armor Research Jagdpanther Engine Deck Screens. 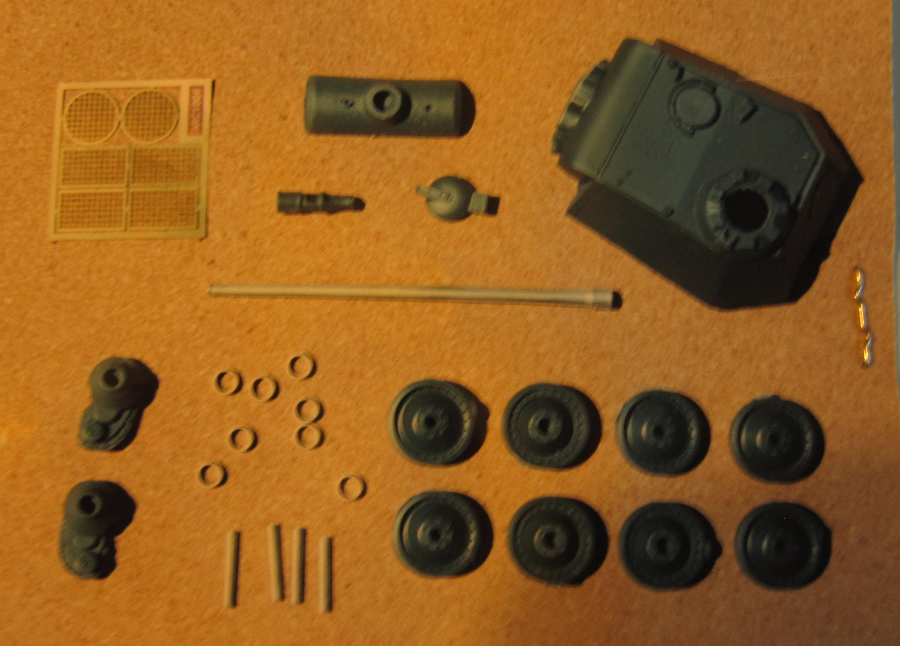 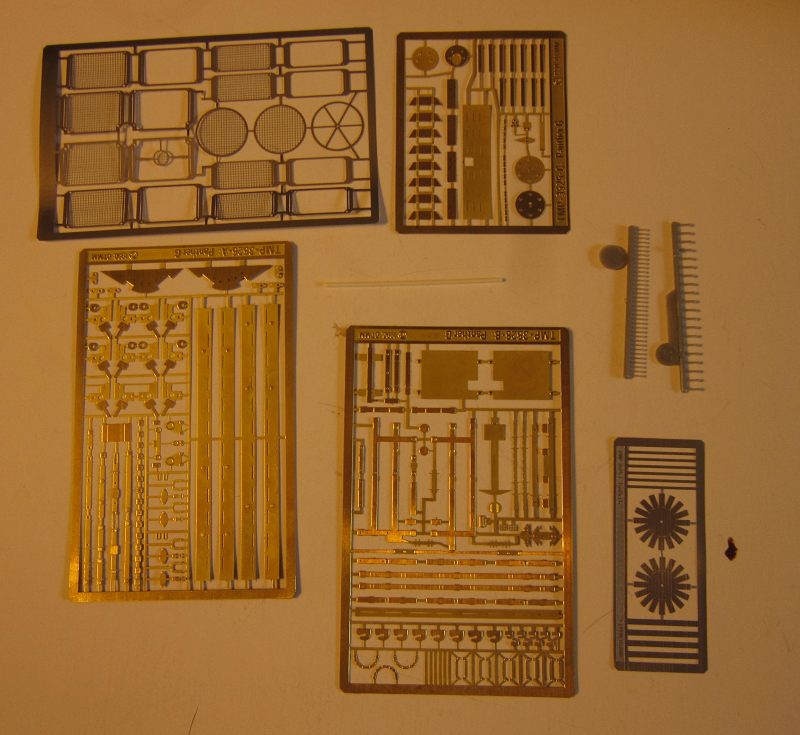 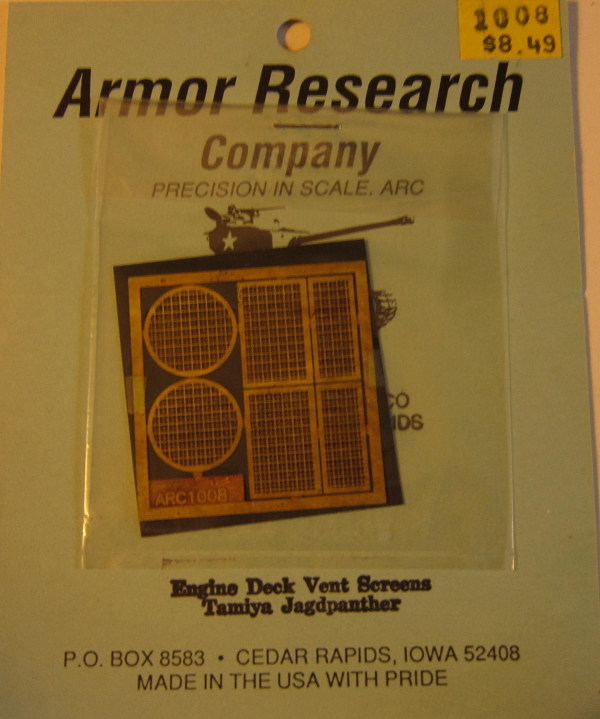