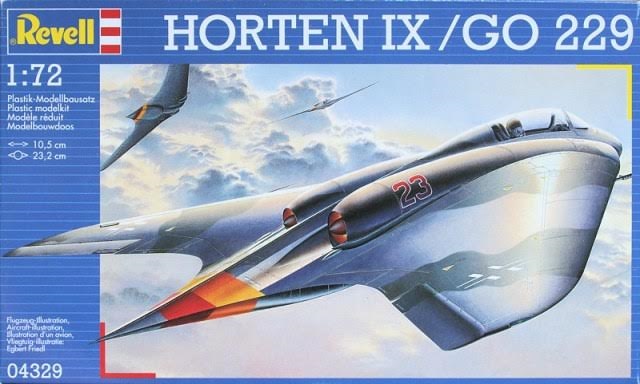 The Horten 229 was the climax of the development by the Horten brothers, Reimar and Walter, of the all wing aircraft concept. They had got all the experience gained in this sector in a special unit, known as special command 9. It was responsible for the advancement of all wing aircraft. The development of the aircraft described as Horten Ho IX, which was to be fitted with two BMW 003A-1 jet engines, had stated in 1942. When problems with the jet engines meant that the first aircraft could only be completed as a glider, the second prototype was fitted with Jumo 004B-1 engines.

The V-2 had it’s first flight in 1944, when it reached speed in excess of 600 mph. Production of the Horten aircraft was assigned to Messrs. Gothaer Waggonfabrik and the type designation changed to GO 229. The first aircraft produced by Gothaer Waggonfabrik, the GO 229A-0 V-3 was fitted with Jumo 0040 jet engines.

Revell is an older prolific model company with offices in the U.S. and Germany. They make all manner of model subjects in the popular scales.

The kit comes in a end opening box that has the end flaps sealed with a round piece of scotch tape.. The box is blousy, as far as it’s length. It could have been a good 4 ½” shorter and still held all it’s contents. Also, I am no fan of end opening boxes. Invariably, parts or the decal sheet find their way past the end flaps to become lost in the shag rug. Give me a tray and lid type box any day of the week.

The aircraft in the foreground is in a wave pattern of panzer gray and dust gray above and a mixture of 50% light green and light gray below. It has a home defense band of yellow and red on the rear fuselage and the number 23 in red outlined in white on the sides of the engine nacelles.

The wing crosses are of the white skeletal type above and below the wings. The colors of the 2 other Horten’s in the background is undetermined as they are illustrated quite dark and in the distance. The nearest one, however, sports the same color home defense band as the one in the forefront.

One side panel gives a list of colors suggested to use to decorate the model, next to a list of features of the kit and 4 color photos of various areas of the model made up.

The other side panel has a one paragraph history of the aircraft in several languages including English. The kit is recommended to people over 10 years of age.

The back of the box has the box arts of 6 other aircraft kits that Revell markets. No kit numbers or scales are mentioned for these:

There is also a photo of Revell paints, cement and a basic airbrush.
​WHAT'S IN THE BOX:

Inside the box is a sealed cello bag that holds three dark green trees of parts and a tree of clear parts.

The instructions consist of a 8 page unbound booklet in 7 ¼” x 11 page format.

Page 1 begins with general instructions in 7 languages (including English), followed by international assembly symbol explanations, decal application instructions and a listing of paint colors suggested to use to finish the model, in the same 7 languages.

Pages 2 through 5 give a total of 23 assembly steps.

Steps 13 through 19 are the assemblies of the landing gear.

In step 20 and 21 you have to decide whether to assemble the model with the gear down or retracted.

Colors are called out in some steps to paint things before further assembly goes on.

The interior of the model has very elaborate girder framework to assemble.

Wing flaps are molded solid and would take surgery to re-pose.

There are no parts tree drawings in the instructions, nor are the trees alphabetized. However, the part numbers are next to the parts on the trees. This all means that you will have to identify the parts by their shape in the assembly step drawings and then look all over the thee trees to find the part number of them. Bad move Revell.

The first one is the boxart aircraft, already described above. However, this illustration shows where to put no less than 30 stencil markings on this aircraft and that it had a illustration of a Tiger on the left side of the nose.

The second one is in an overall mixture of 40% lake green and 60% light olive above and a mixture of 50% light green and 50% light gray below. It has white skeletal type crosses above the wings and black solid crosses outlined in white and black below the wings. Other than all the stencil marks, like the first scheme, it is otherwise unmarked.

Neither aircraft carries a swastika mark, as there was really no tail surface to put them on, which was the normal Luftwaffe practice. I don't know if the lone prototype sported a swastika or not.

A lot of time is going to be surely spent putting on all those stencil marks. Something that I don’t look forward to. The dashboard instruments are also on the decal. 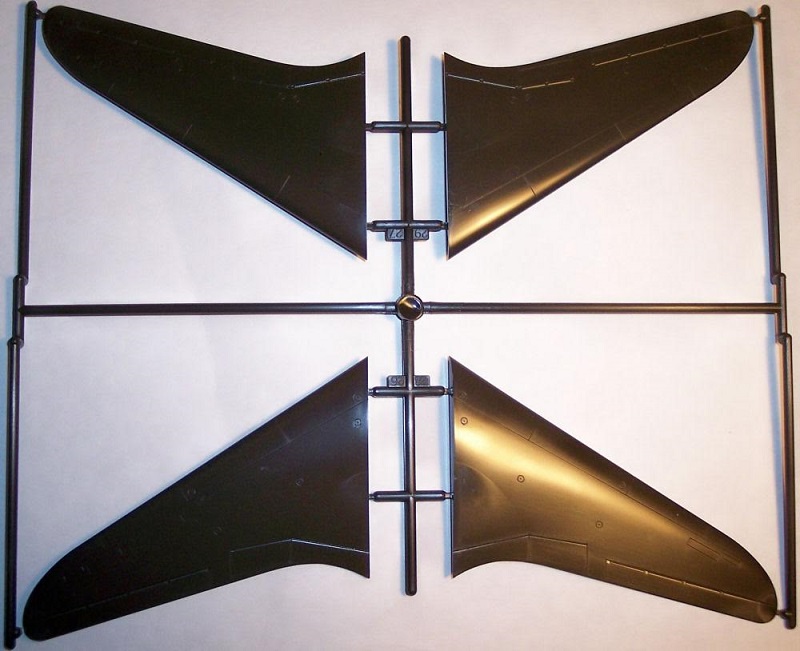 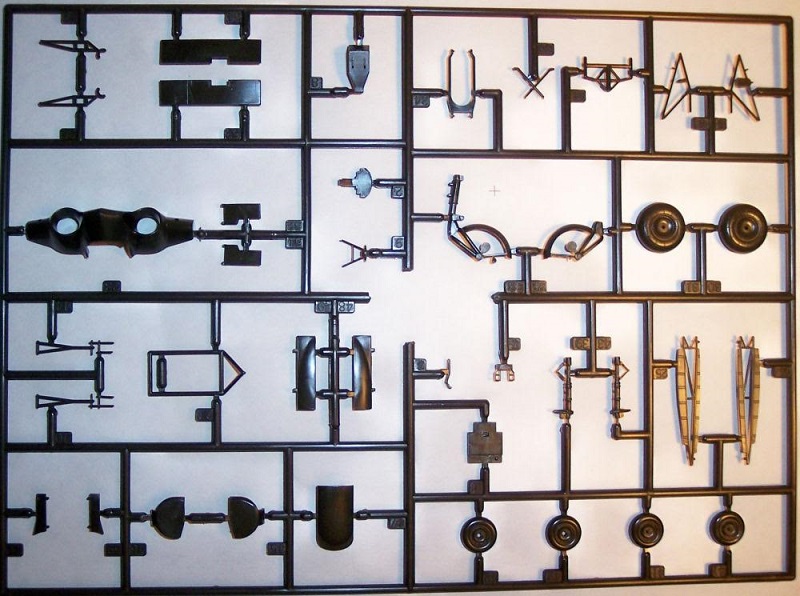 ​The final tree in the kit is clear and it holds two canopy parts, the windscreen and the rest of the bubble canopy. This slid backwards for the pilot to enter the aircraft and can be assembled open or closed to show the nice cockpit interior detail.

​The decal sheet, already described above, completes the kit’s contents. 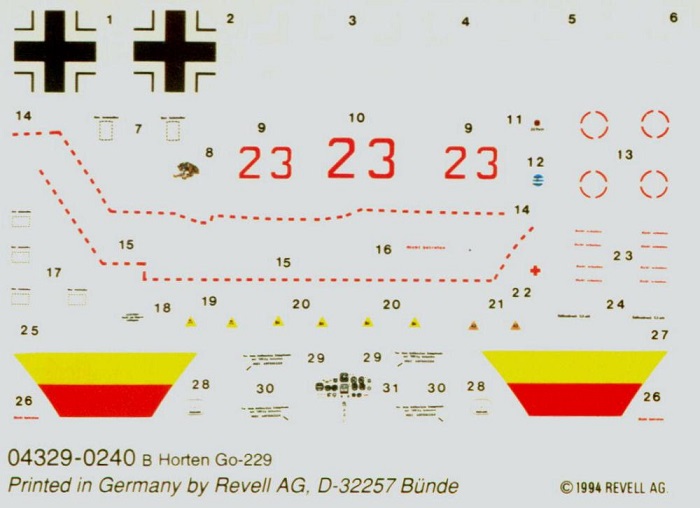 ​This looks to make up into a real attention getting aircraft. Although it did not see combat, it is still one neat Luftwaffe aircraft.

I recommend it to modelers that have built a few other aircraft kits in 1/72nd scale, due to the complexity of the inner girder works and all those decals to apply.
I purchased this kit at my local hobby shop years ago.