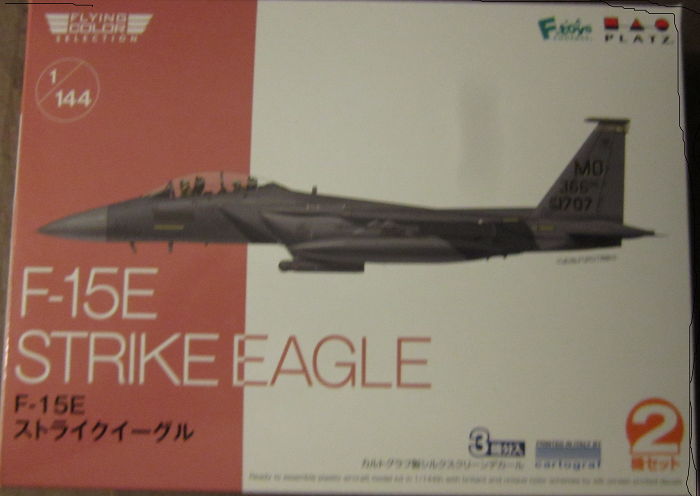 The F-15E was designed in the 1980s for long-range, high-speed interdiction without relying on escort or electronic-warfare aircraft.

United States Air Force (USAF) F-15E Strike Eagles can be distinguished from other U.S. Eagle variants by darker aircraft camouflage and conformal fuel tanks (CFTs) mounted along the engine intake ramps (although CFTs can also be mounted on earlier F-15 variants).
.
The Strike Eagle has been deployed for military operations in Iraq, Afghanistan, Syria, and Libya, among others.

During these operations, the strike fighter has carried out deep strikes against high-value targets and combat air patrols, and provided close air support for coalition troops.

It has also been exported to several countries.

Platz is based in Shizuoka City, Japan.

This kit comes in an un-shrink-wrapped end opening type box. I am no fan of this type of box, because invariably parts or the decal sheet find their way past one of the end flaps to become lost forever.

The box art shows a F-15E color profile posed against a background that is split into tan and white. It is overall grey with black serial no. MO 26600 AF1707 on the sides of the rudder under a white horizontal bar with black GUNFIGHTERS on it, over a shield with a winged sword.

Bottom of the box art says it's a ready to assembly plastic aircraft model kit in 1/144th with brilliant and unique color schemes by silk screen printed decals.
​One side panel says the kit is for modelers over 15 years of age.  It is a plastic unassembled scale model kit. Glue and paint are not included. Some parts are extremely sharp. Handle carefully. Do not use near fire while using glue and or paint.
​This is said in English, Japanese, Chinese and French. Copyright is 2019 by Platz and kit was made in Japan.

Platz's telephone and FAX numbers are provided, along with their stree address in Shizuoka City, Japan.

​The other side panel begins with Platz's web address, followed by 2 color side profiles of F-15E's.

2. A F-15I of the Israeli Air Force, No. 69 Squadron, no. 215. It is in a brown and green wave pattern over a grey under-carriage. It has the black serial no. 215 on the rudder and the nose. There is a large illustration of an eagle's head on the rudder. It carries the Israeli Star of David roundels in the usual 6 positions.

​The bottom of the box repeats illustrations of all 3 of these F-15Es, showing their sides and tops. 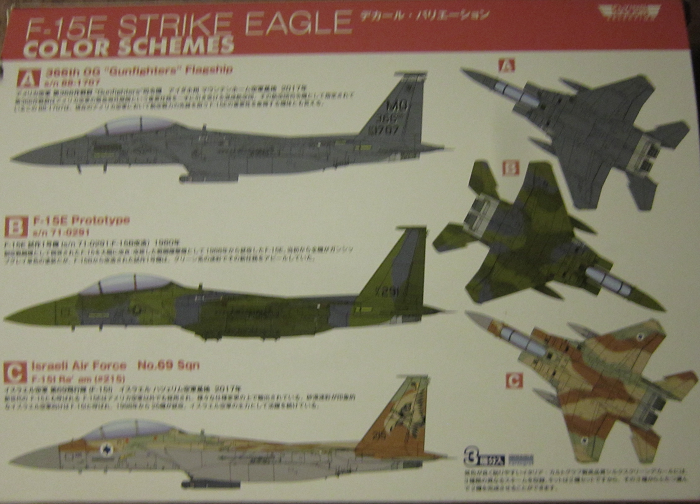 The instructions consists of single sheet, folded in the center to form four pages in 5 3/4" x 8" format, folded again to fit the box.

Page 1 begins with READ THIS FIRST and This is a plastic unassembled scale model kit. Glue and paint not included. Some parts extremely sharp. Handle carefully. Do not use near fire when using glue and paint. Suitable for age 15 and above again. This is in Japanese, Chinese and English.

Below this is the 3rd and 4th assembly steps.

Page 3 and 4 hold the remaining total of 6 assembly steps.

Step 5 and 6 are painting and marking guides for the box art scheme and the 2 schemes on the side panels (all already described above).

A suggested paint color listing of Gunze Sangyo and Model Master brands of paints is given.

Trees are not alphabetized and only the smallest parts have part number tabs next to the parts on the trees. 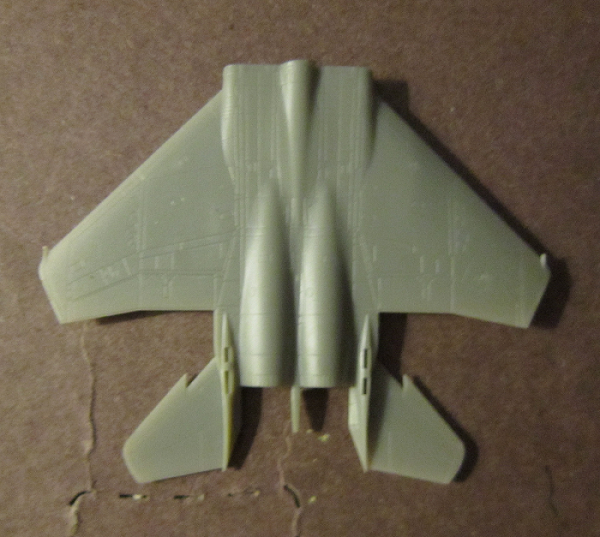 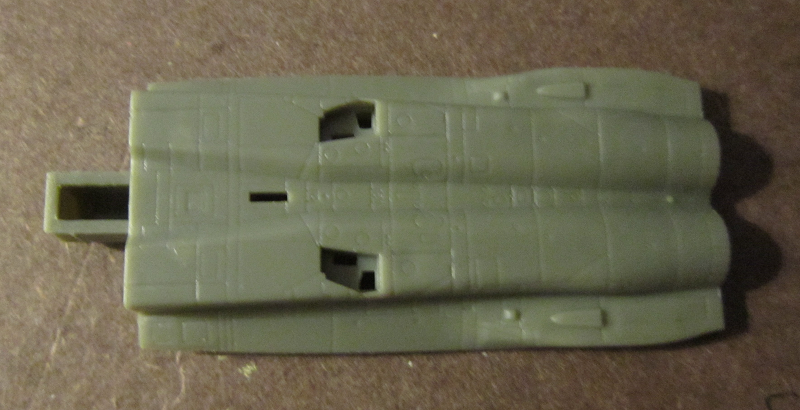 ​The 3rd olive-drab tree holds: landing gear legs and wheels etc. (11 parts) One part is shaded-out in the parts trees illustrations. Indicating that it is excess and not needed to complete the kit. 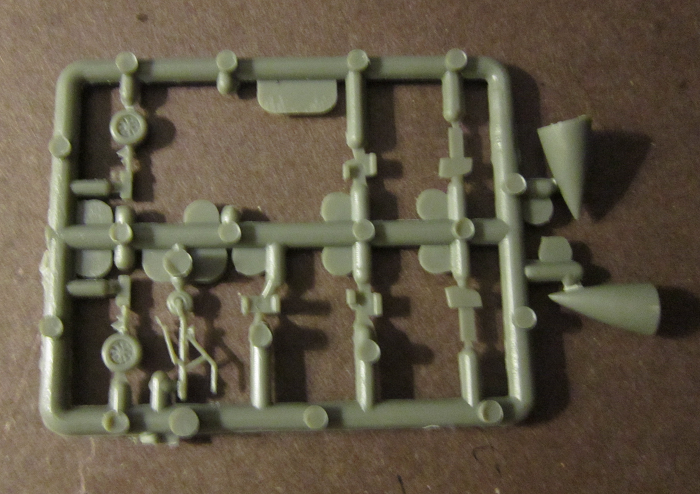 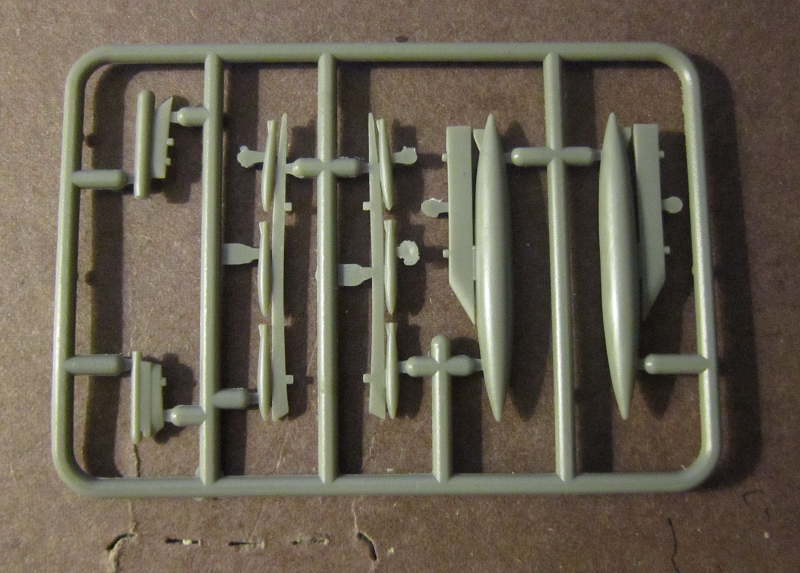 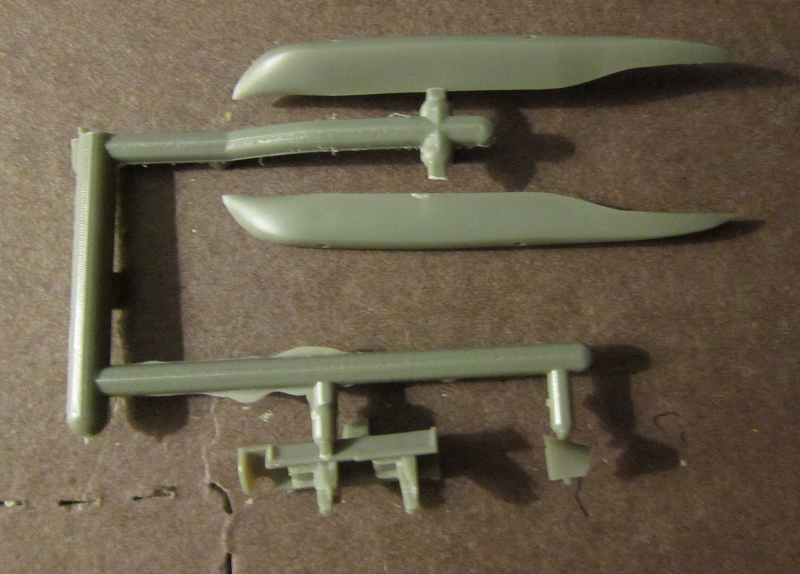 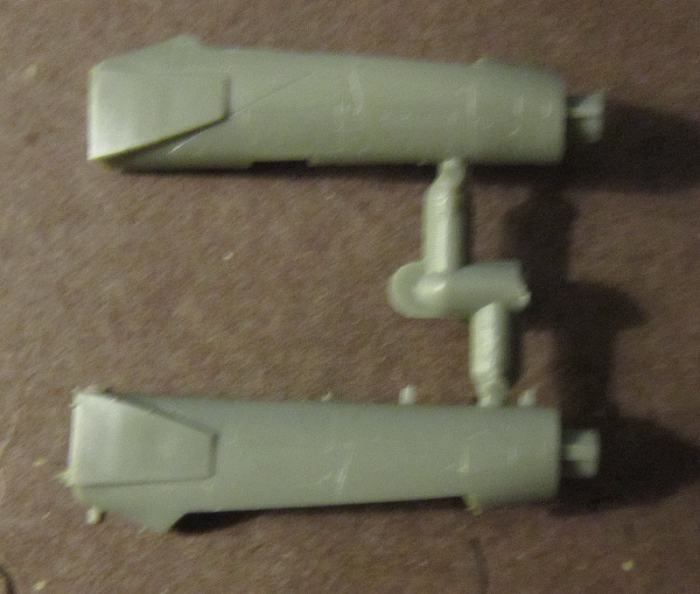 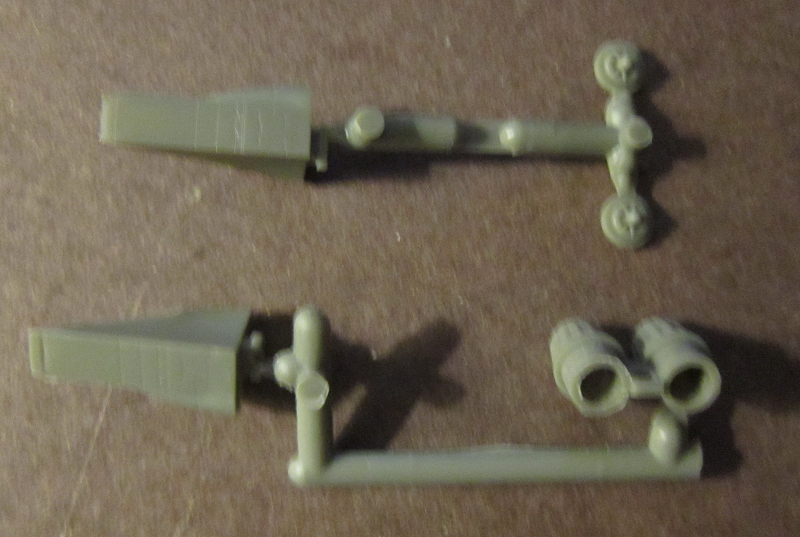 ​The 9th part is the clear cockpit canopy.

The decal sheet for 3 versions offered. 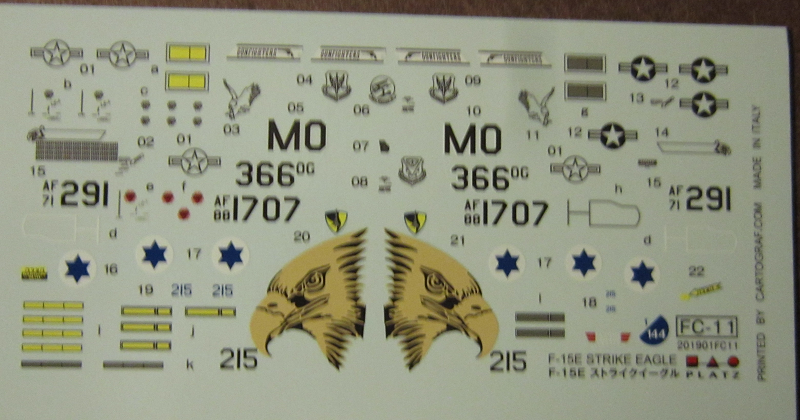 ​There are no crew figures.

I want to thank the folks at Platz who sent me this review sample.
All their products can be viewed on their web site at:
http://www.platz-hobby.com/