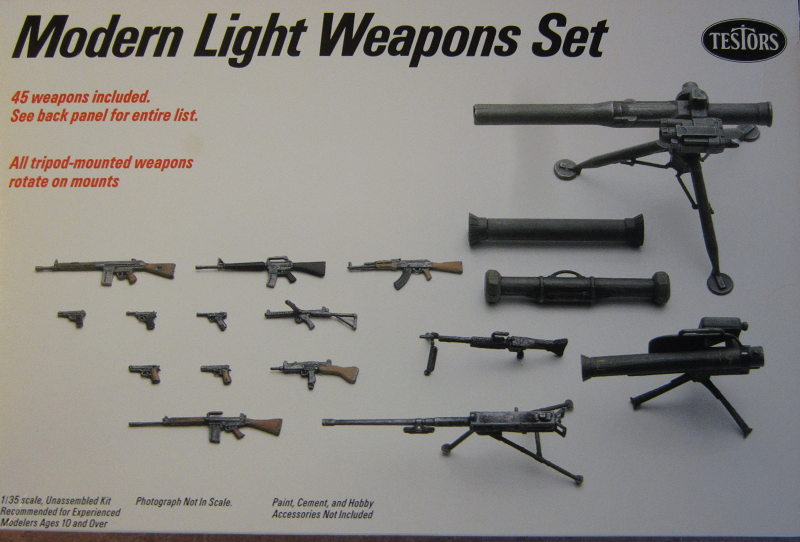 Testor was the importer and distributor of Italeri kits in the 80's. Italeri is a an old prolific model company that manufactures many different models in the popular scales.

Testor was based in the 80's when this kit was released in Rockford, IL.
This kit came in a shrink-wrapped end-opening  type box.

The box art shows a color photo of all the weapons in the kit against an all-white background, similar to how Tamiya does the majority of their box arts also.

For the USSR: a AK-47 Kalashnikov rifle and a Takarev TT33 pistol.

For Israel a UZI automatic rifle

For Italy a Beretta pistol

For NATO: a FN-FAI rifle and a Milan anti-tank missile launcher

45 total weapons are in the kit. All tripod-mounted weapons rotate on their mounts.

Kit is recommended for experienced modelers ages 10 and above. Paint and cement and hobby accessories are not included.

The bottom of the box lists the types of weapons included in the kit, over 3 color photos of dioramas, the copyright date of 1988 and Testor's address in Rockford, IL. 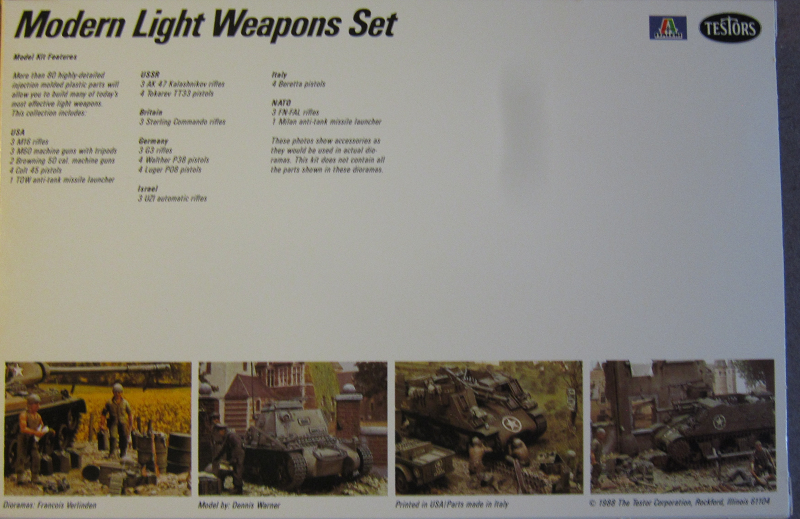 This kit contains 2 dark-green trees in a sealed clear cello bag and the instructions.

The instructions consists of a single-sheet printed on both sides in 8 1/2" x 11" page format, folded again to fit the box.

The face side begins with general instructions over 3 exploded drawings.

One is for the Milan anti-tank weapon, used by Germany & France.

The second one is the Browning .50 cal HB M2 heavy machine gun used by the USA.

The third one is the TOW anti-tank weapon used by the USA.

A suggested paint listing is given.

Trees are not alphabetized or illustrated in the instructions. 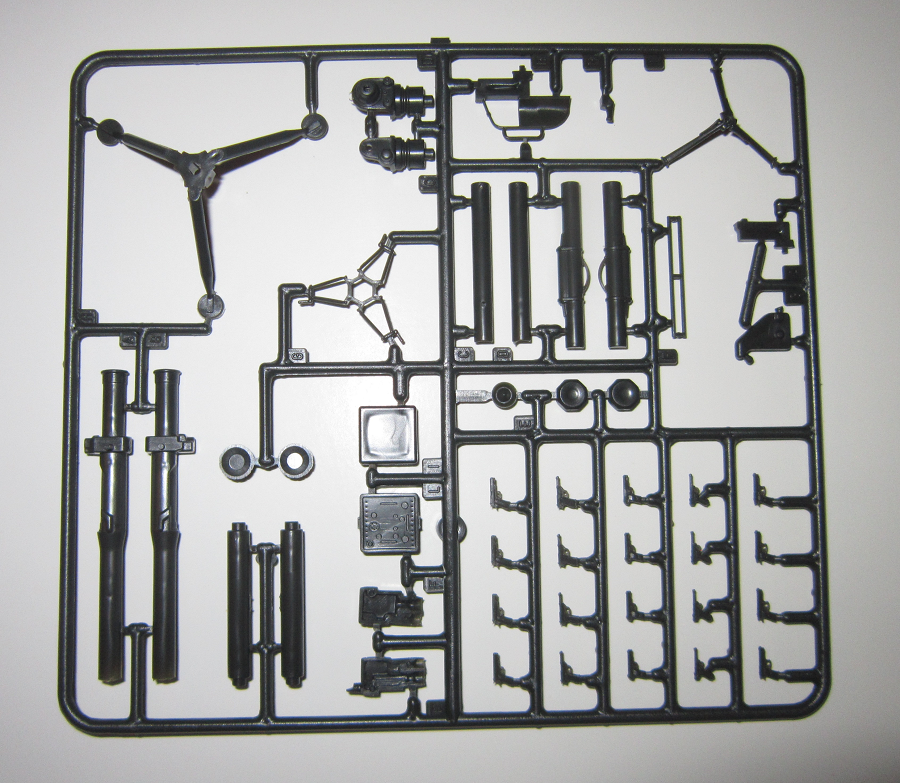 ​The second dark-green tree holds: the .50 cal HB M2 machine guns and their tripods and all the rifles etc. (37 parts) 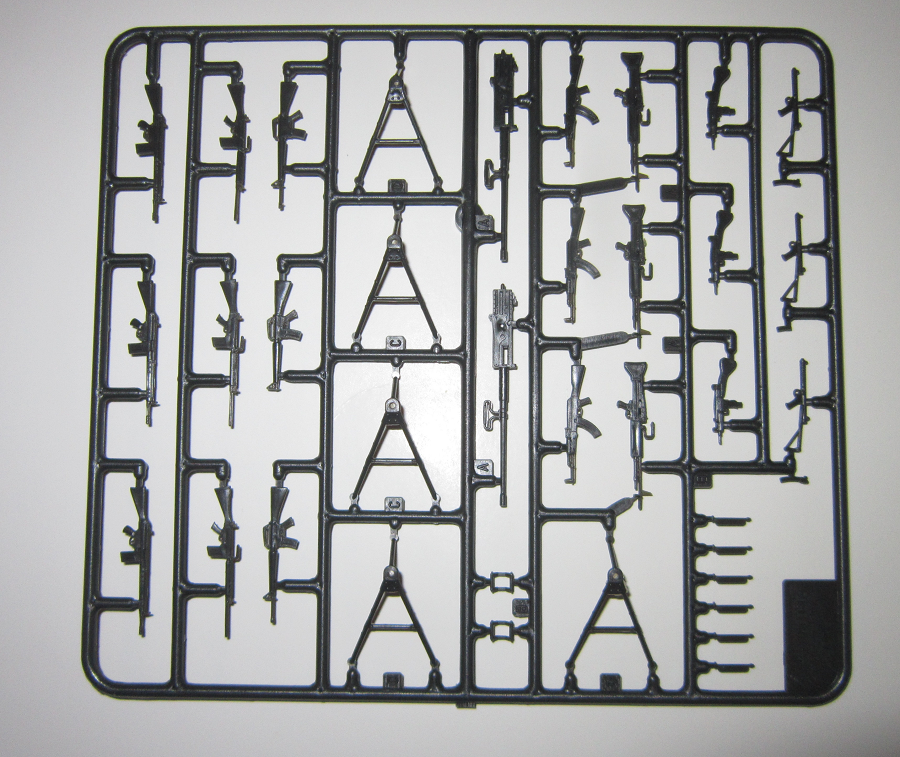 ​Detail is very good on these weapons.
​Highly recommended.