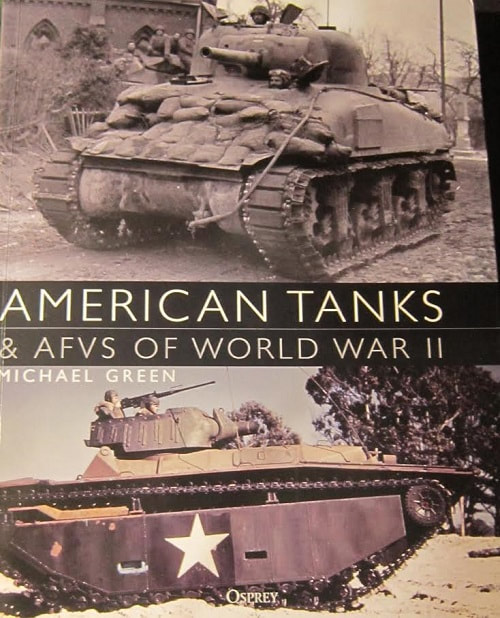 MSRP: $25.00
​One month after the German invasion of Poland in 1939, the U.S. Army placed its first order for new tanks in 20 years - it was for 329 light tanks. By the end of WWII, U.S. industry had built nearly 90,000 tanks, almost twice the amount of Germany and Great Britian combined.

It was for outstanding levels of output such as this that America was known as the "arsenal of democracy", and the tanks and other armored vehicles that poured out of  American factories not only equipped U.S. forces but also those of Great Britain and the other Allied powers.

In this highly illustrated and meticulously researched study, Michael Green explores the full range of these armored vehicles that provided the backbone of the forces that defeated Nazi Germany and Imperial Japan.

The entry of the U.S. into WWII provided the Allies with the industrial might to finally take the war to German and Japanese forces across the world. Central to this was the focus of the American military industrial complex on the manufacture of tanks and armored fighting vehicles.

In this lavishly illustrated volume, armor expert Michael Green examines the dizzying array of machinery fielded by the U.S. Army, from the famed M4 Sherman, M3 Stuart, and M3 Lee through to the half-tracks, armored cars, self-propelled artillery, tank destroyers, armored recovery vehicles, and tracked landing vehicles that provided the armored fist that the Allies needed to break Axis resistance in Europe and the Pacific.

Osprey Publishing Ltd. is based in New York, NY.

The cover art shows 2 black and white wartime photos. One is of a Sherman and the one below it is a LVT(A)-1 amphibious tank.

The cover has has tuck in flaps on the front and rear.

The back cover has 2 wartime black and white phots of a half-track and Lee and a color photo of a Chaffee.

There are 187 black and white photos in the book (counting the ones on the covers too), 71 color photos, 24 color profile illustrations and 3 color 3-view illustrations.

The author, Michael Green is a freelance writer, researcher, and photographer. He has written more than 100 titles specializing in military subjects.

His books have been translated into a number of languages, including German, Japanese, and Georgian. In addition, Green has authored an co-authored numerous articles for a variety of national and international military-related magazines.

Green is a lifetime member of the Marine Corps Tankers Association and a long-time tour guide at the former Military Vehicle Technology Foundation.
On the back tuck in flap there is the cover arts of two other Osprey books "Panther" and "Tiger".

I want to sincerely thank the folks at Osprey for this sample.

All their titles can be seen on their web site at:
www.ospreypublishing.com