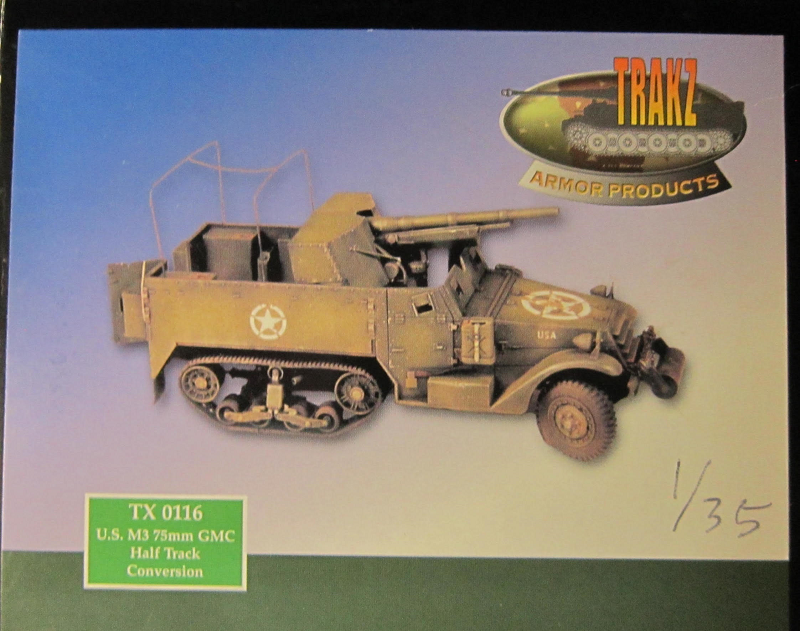 The kit was sent by VLS to Cybermodeler, where I was once on the staff. Mike Benolkin sent it to me as a gift back in 2005 when I worked with him there. It was never reviewed on Cybermodeler.
​HISTORY:

The M3 Half-track, known officially as the Carrier, Personnel Half-track M3, was an American armored personnel carrier half-track widely used by the Allies during World War II and in the Cold War.

Derived from the M2 Half Track Car, which was developed from the Citroen-Kégresse half-track, the slightly longer M3 was extensively produced, with about 15,000 units and more than 50,000 derivative variants manufactured (most of which were interim designs).

The developers attempted to use as many commercial parts as possible. There were also several dozen variants for different purposes. The M3 and its variants were supplied to the U.S. Army and Marines, as well as British Commonwealth and Soviet Red Army forces, serving on all major fronts throughout the war.

Its variants were produced by a large amount of factories, like International Harvester, and were designed for a large variety of uses, from Self-propelled anti-aircraft weapon to self-propelled artillery. Although at first unpopular due to its lack of significant armor and a roof to protect from shrapnel, it was used by most of the Allies at some point in the war.

Trakz Armor Products was a model company somewhere here in the USA. Their address is nowhere on the box.

The kit came in a shrink-wrapped end-opening type box. I am no fan of this type of box, because invariably parts of the decal sheet find their way past one of the end flaps to become lost forever. Give me a tray and lid type box any day of the week.

One side panel says the kit is for modelers over 10 years of age in English, French and German.

The instructions consist of a single sheet printed on both sides in 8 1/2" x 11" format, folded twice to fit the box.

The face side begins with a list of references on the M3 halftrack and thanks to people that helped with developing the kit.

A very jumbled and crowded illustration of the parts is given with number arrows to each part.

Below this is the first 2 assembly steps.

The reverse side of the instructions gives a balance of a total of 5 assembly steps and the copyright date of 2000.

It says here that because of limitations of photo etching the exterior bolts on the shield could not be reproduced. Use sprue to simulate bolts. 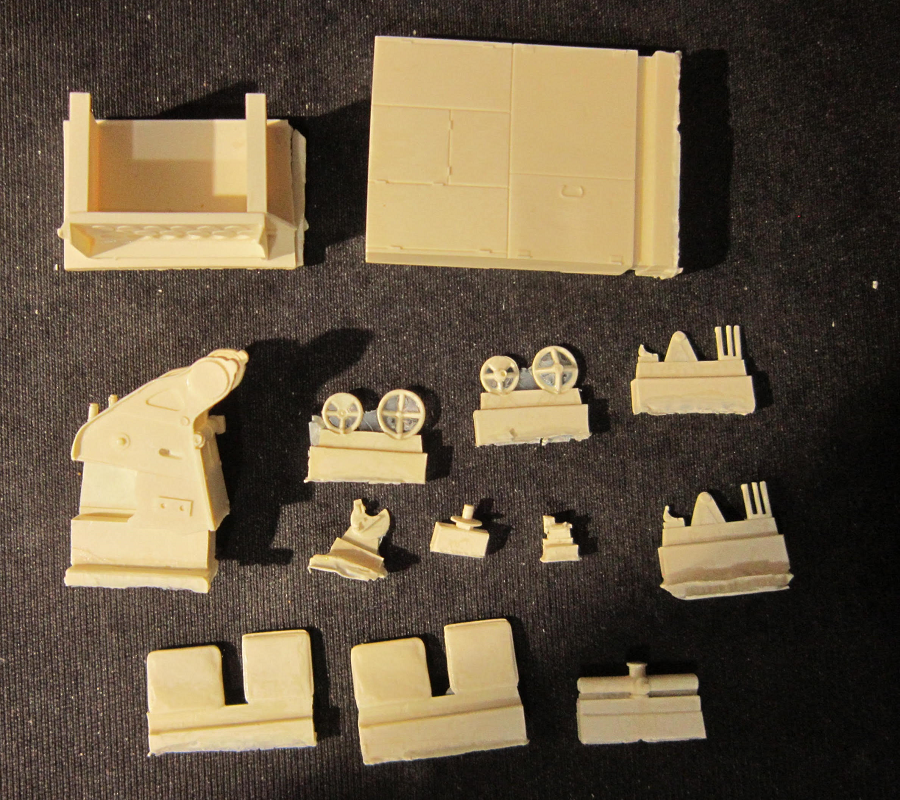 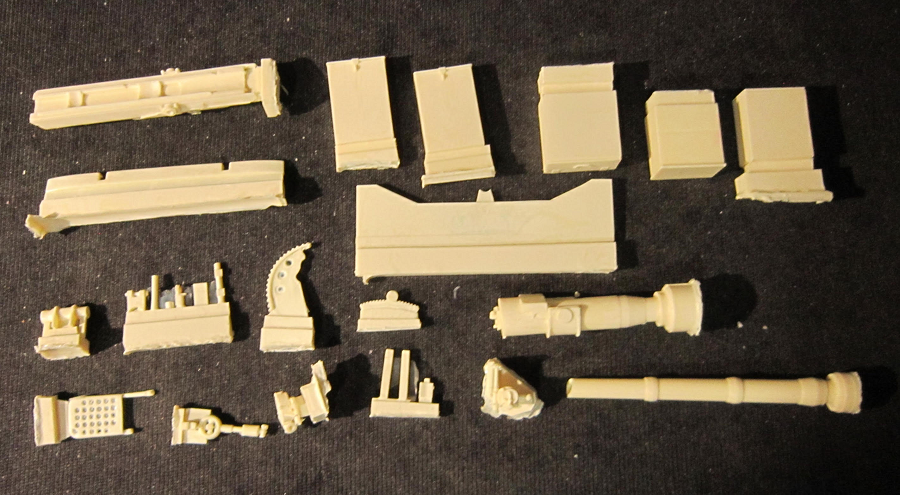 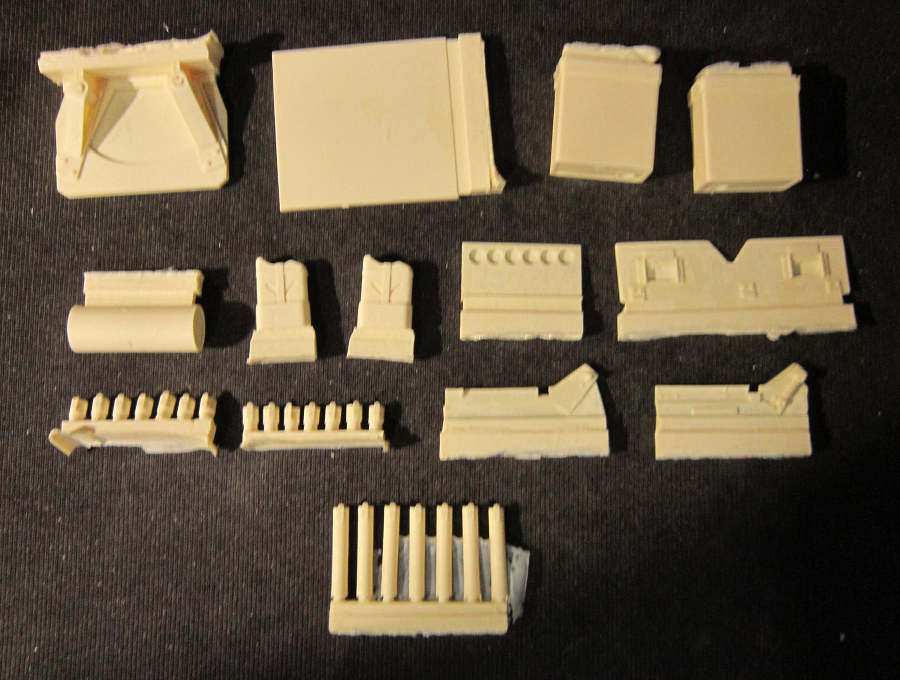 ​The brass PE fret is the gun shield parts.
Pour lugs are on all the parts to be sawed or sanded off. Super glue is to be used for assembly as liquid plastic cement does not work on resin.

There are no clear parts, crew figures or decals included in the kit.

​Most likely, I will never build this kit. It is for sale for a decent offer.