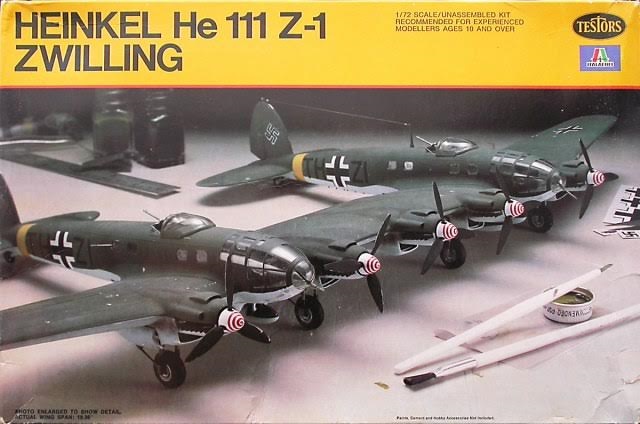 The He 111Z Zwilling was a design that entailed the merging of two He 111s. The design was originally conceived to tow the Messerschmitt Me 321 glider.

Initially, four He 111 H-6s were modified. This resulted in a twin-fuselage, five-engine aircraft. They were tested at Rechlin in 1941, and the pilots rated them highly.

It could tow a Gotha Go 242 glider or Me 321 for up to 10 hours at cruising speed. It could also remain airborne if the three central power plants failed.

The He 111 Z-2 could carry four Henschel Hs 293 anti-shipping guided missiles, which were guided by the FuG 203b Kehl III missile control equipment.

To increase power the five Jumo 211F-2 power plants were to be fitted with Hirth TK 11 superchargers.

The armament was the same as the H-6 with the addition of one 20 mm MG 151/20 in a rotating gun-mount on the center section. The variant did not display any convincing (stable) flight performance.

The layout of the He 111Z had the pilot and his controls in the port fuselage only. Only the controls themselves and essential equipment remaining in the starboard section. The aircraft had a crew of seven; a pilot, first mechanic, radio operator and gunner in the port fuselage, and the observer, second mechanic and gunner in the starboard fuselage.

The Z-3 was to be a reconnaissance version and was to have additional fuel tanks increasing its range to 6,000 km (3,730 mi).

Production was due to take place in 1944, just as bomber production was being abandoned. The long-range variant designs failed to come to fruition.The He 111Z was to have been used in an invasion of Malta in 1942 and as part of an airborne assault on the Soviet cities Astrakhan and Baku in the Caucasus in the same year.

During the Battle of Stalingrad their use was cancelled due to insufficient airfield capacity.
Later in 1943 it helped evacuate German equipment and personnel from the Caucasus region and during the Allied invasion of Sicily attempted to deliver reinforcements to the island.
During operations, the He 111Z did not have enough power to lift a fully loaded Me 321. The He 111s in RATO (rocket assisted takeoff) units were supplemented by rocket pods.

Two were mounted beneath each fuselage and one underneath each wing. This added 500 kg (1,100 lb) in weight, but gave additional thrust to the engines. The pods were then released by parachute after takeoff.

The He 111Z's operational history was minimal. One such machine was caught by RAF fighter aircraft over France on 14 March 1944. The He 111Z was towing a Gotha Go 242, and was shot down. Eight were shot down or destroyed on the ground in 1944.
​THE KIT:

Italeri is a prolific model company based in Italy. They make all manner of different model subjects in the popular scales. Testors, here in the U.S. imported them at one time and sold them under their label.

The kit comes in one of Testors signature bright orange boxes that is shrink wrapped and an end-opening type with a slide out tray holding the parts inside.

The box art shows a color photo of the model made up and sitting on a work table. This build was done by modeler Rudy Stahl.

It is done in a splinter pattern of dark and light greens over a light blue under carriage. It carries the fuselage code in black of TH+Z1 with a yellow fuselage band behind it. The propeller spinners are white with red swirl pattern on them.

The bottom of the box lists features of the kit:

The kit consists of 271 parts. Propellers rotate and the landing gear can be constructed in the up or down position. A display stand , defensive armament, and 10 figures are also included. The decals are by Micro Scale. Usually available only through specialty hobby stores. The decals allow you to  build either of two versions. The instruction manual provides tips for weathering and detailing techniques.

Below this is a 3-view of the He-111Z-1, showing the top side and bottom, followed by 4 walk-around type color photos of the model made up.

The model was made in Italy and the box and printing done in the U.S.

The kit has a copyright date of 1979, followed by Testors street address in Rockford, IL.

One side panel has a short history of the aircraft followed by a color side view of it.

The other side panel lists materials required to complete the model: glue, Testor brand paints, hobby tools, spray paints, brushes and tape, followed by a repeat of the side profile again.
​WHAT'S IN THE BOX:

There is a tiny black vinyl sprue with 4 parts on it. I haven't a clue what the heck those are?? 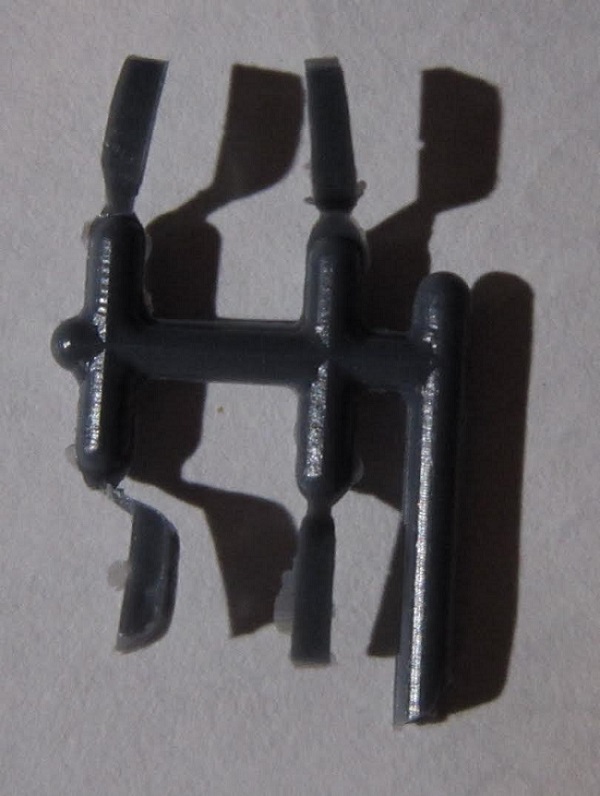 ​The instructions consist of a unbound-booklet of 8 pages in 8 1/2" x 11" page format, plus another single sheet in that page size printed on both sides.

Page one of the instruction booklet begins with a black and white photo of the model made up in the box art scheme, above the history of the He-111Z-1 in English. Specifications for it.

Pages 2 through 7 give a grand total of 6 assembly steps. Strangely there are two steps labeled as being number 4.

All these steps have a lot of text in them telling you step by step how to assemble that step. Very thorough.

The single sheet has the parts trees illustrations on one side of it.

Trees are labeled with geometric symbols, rather than the usual alphabetizing seen in most model kits. A outlined circle, a solid black circle, a square and a star are used to indicate the different trees.

Some parts are X'd out on the square tree. These are bombs and torpedoes. 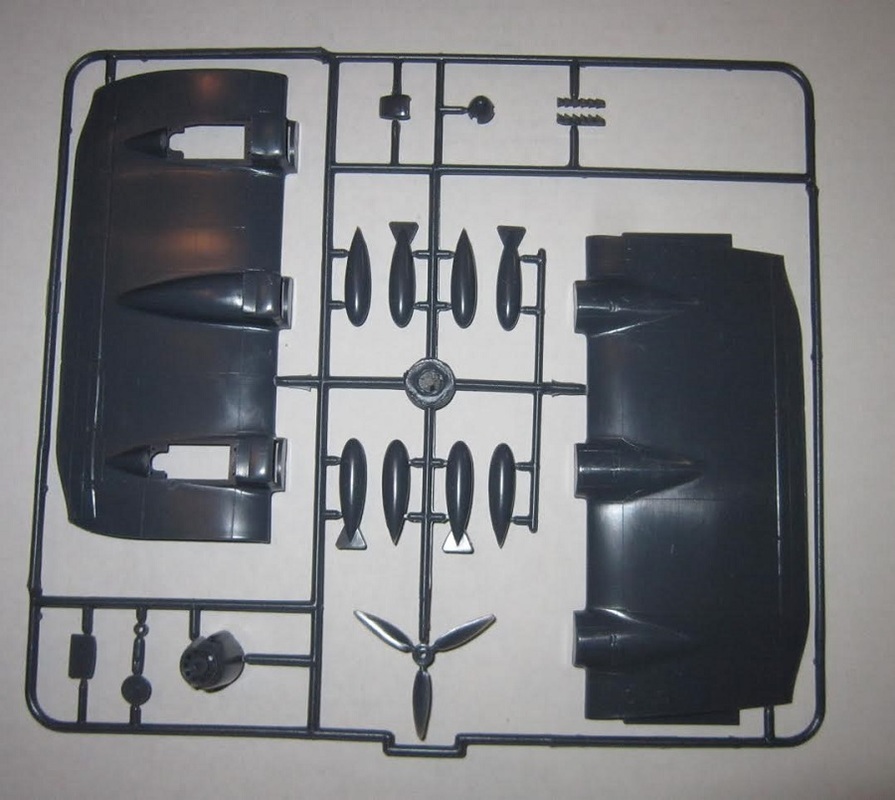 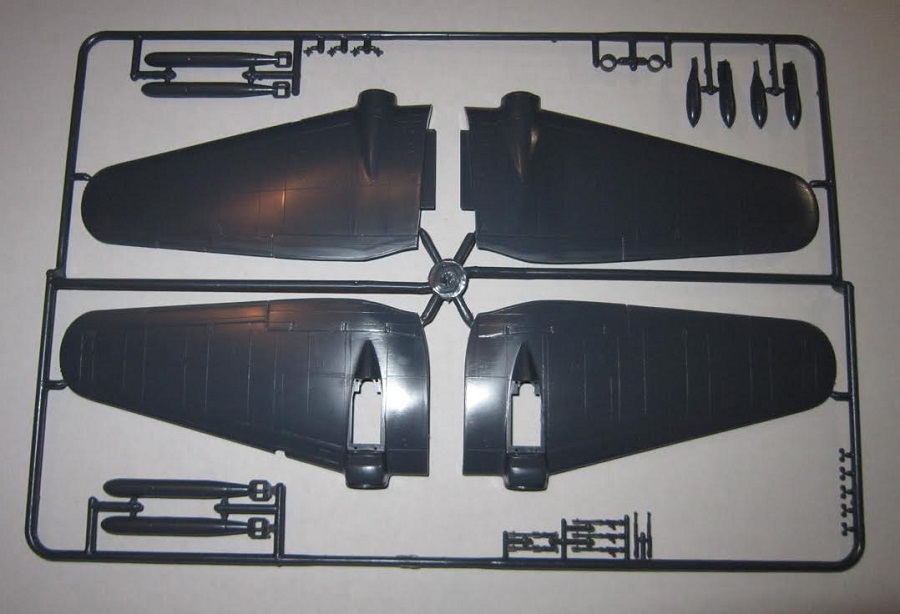 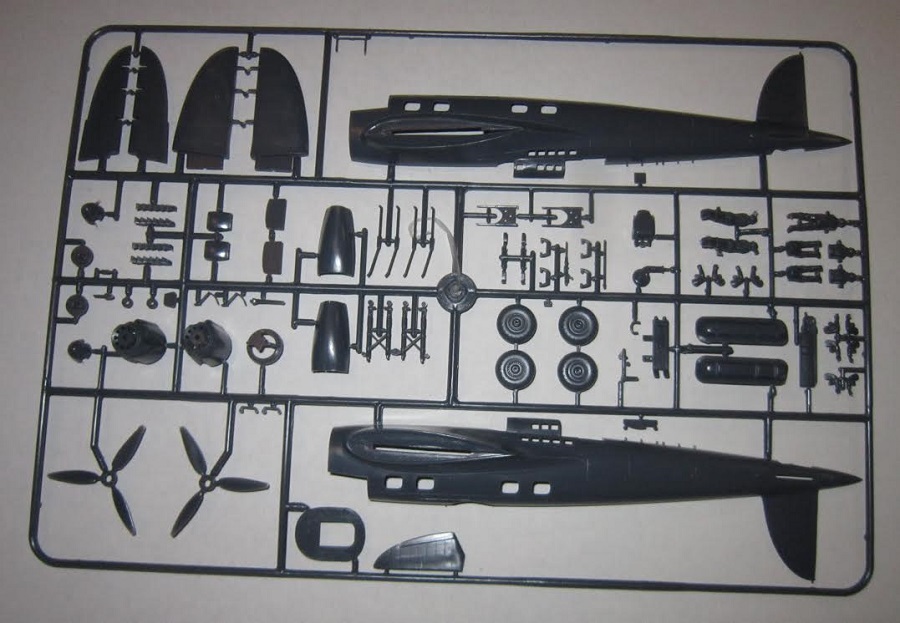 ​The outlined circle sprues are the 2 identical clear parts trees.. Each holds 20 windows and the support base 2 parts. 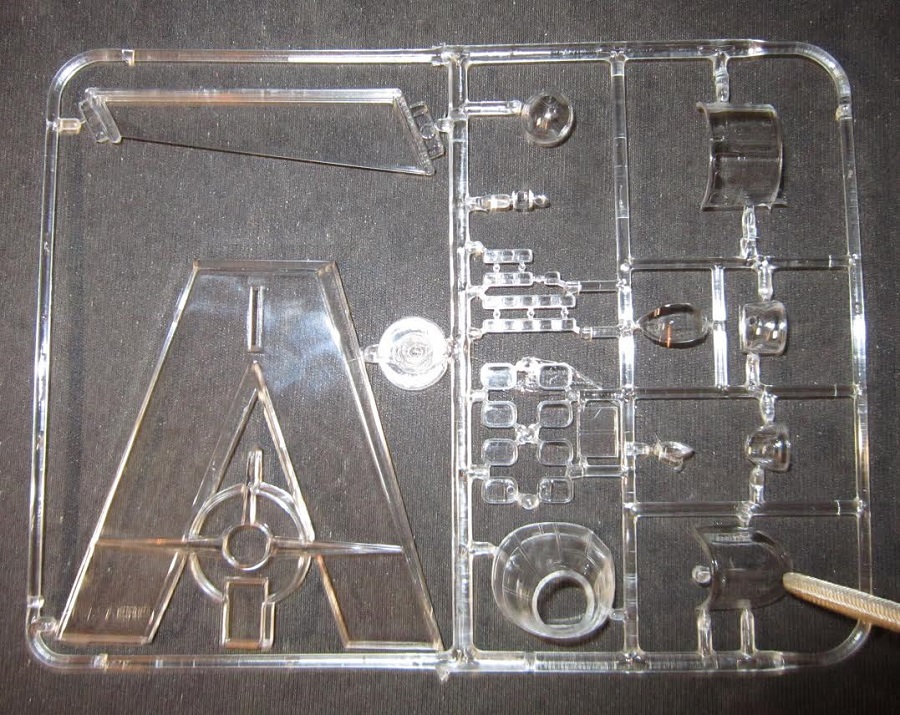 ​Sprues and the decal sheet are all in one large sealed cello bag.
The other side of the single sheet gives decal application instructions next to a 4-view of the aircraft in the box art scheme. The call letters THZI are shown in black below the wings in this illustration.

The aircraft is shown again with the same call letters but it has been been completely covered with winter white-wash on it's upper surfaces. This is another 4-view.

Both these schemes say Russia 1943, but no unit is mentioned.

The decal sheet completes the kits contents and it also includes the instrument panel dials and the swastikas for the rudder. 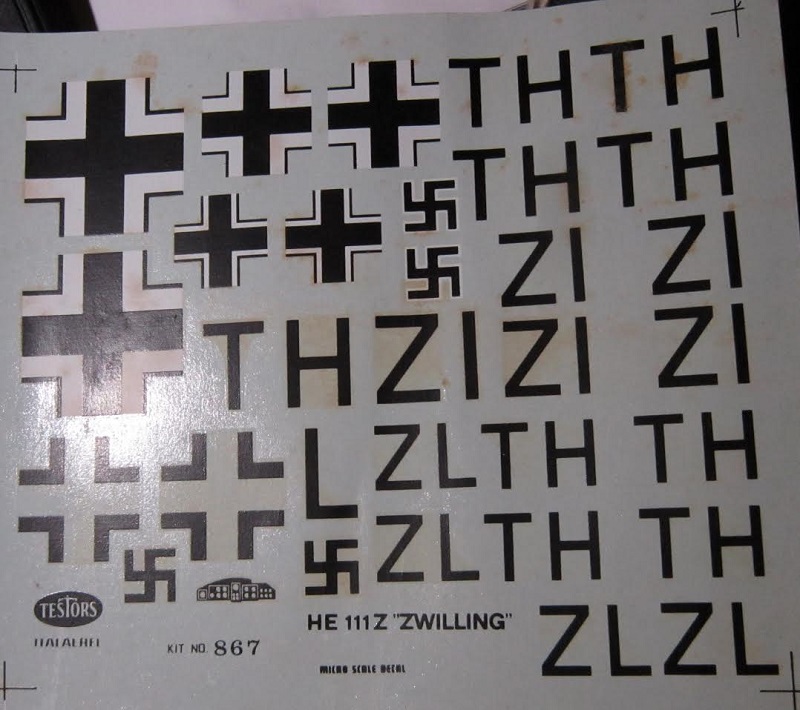 I bought this kit years ago from a fellow who was going to go into the mail order model business, but he never did proceed with that.

I have both of the Italeri versions of the Messerschmitt Me 321 "Gigant" glider - the glider version and the powered version.