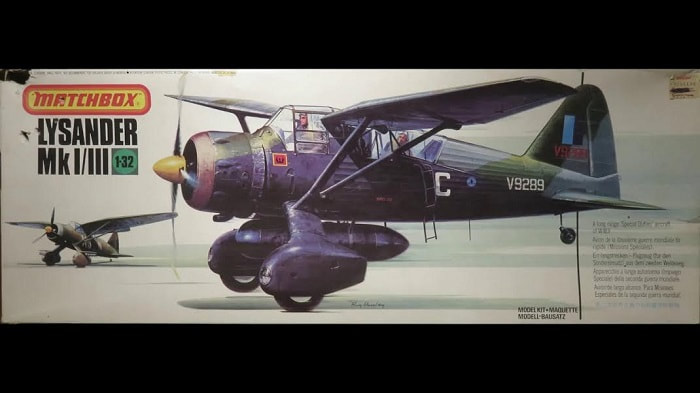 Kit no. PK504
By Ray Mehlberger

The Lysander was the first of the monoplane army co-operation aircraft used by the RAF. It was produced, arfter careful study of service requirements by Westlands. The first flight took place in 1935 and delivery to the squadrons started in 1938.

At the outbreak of WWII, Lysander squadrons, some 90 aircraft in all, were immediately sent to France, but by the time of Dunkirk, 50 aircraft had been lost by enemy action and 30 damaged or otherwise destroyed.

In November 1940, a new Army Co-operation Command was formed and as the Lysander had proved unsuited to its task, it was withdrawn. However, the Lysander was more effective in other commands and was used for air-sea rescue, target-towing and training.

With its short landing and take off, the Lysander proved ideal for clandestine operations and in fact flew in some 100 agents into occupied territory and brought out 139. The aircraft was also used in co-operation with the Yugoslav partisans and in Burma.

Although it failed in its original role, the Lysander, by its ingenuity of design, its remarkable flying qualities and the affection it generated among those who flew it, achieved a reputation second to none. A total of 1,670 aircraft were built.

Lesney-Matchbox was based in London, England at the time this kit was released in the 70's.

The kit comes in a 22" long shrink-wrapped tray and lid type box. The kit is twice as long as it should be. Parts can easily fit into 11" length.

However, Matchbox has added a white cardboard brace to the center of the box that pushes the 5 largest trees toward each end of the box. 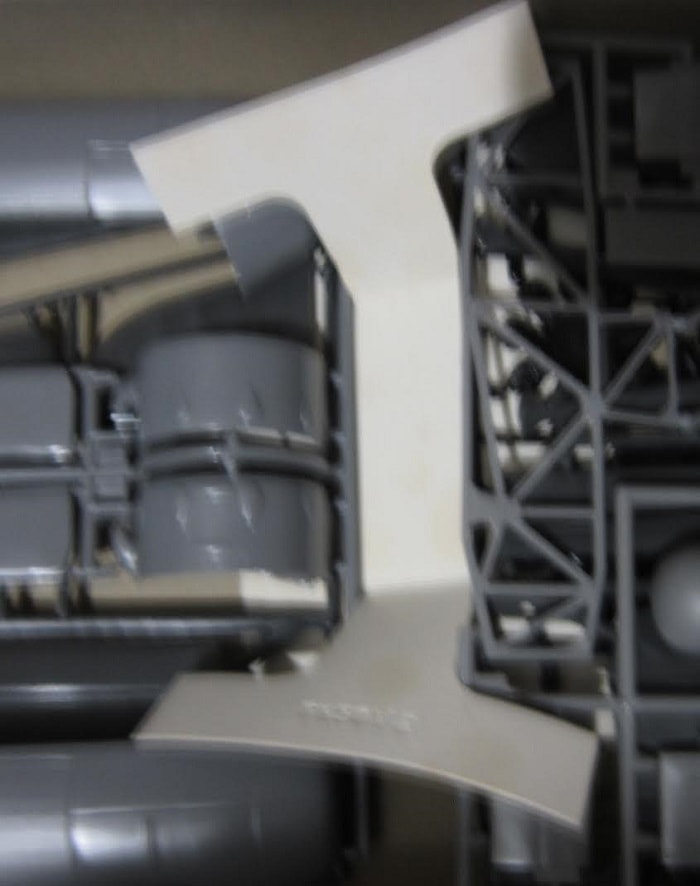 ​The box art shows 2 Lysanders against an all white background. The one in the foreground is taking off. It is a Mk.III. It has a wave pattern of dark-green and sea-gray over a jet-black undercarraige, a yellow spinner and chrome-gray cowling front. a rudder flash in gray and black over black serial no. V9289. Fuselage code is a white letter "C" followed by the roundel and white serial no. V9289. It has a logo of a red square with a yellow outline with a black eagle on it below the cockpit.

The Lysander shown parked behind it is a Mk. I. It is in a wave pattern of dark-green and dark-earth over a jet-black undercarraige. It has a yellow spinner and a fuselage code in sky of KJ roundel N.

Corners of the box art say the kit contains small parts, so it is not recommended for children under 36 months (3 years) of age, in English and French. It is a long-range "Special Duties" aircraft of WWII, in 6 languages, including English and that Matchbox is a registered trade mark of Lesney Products & Co.Ltd., London, England.
​WHAT'S IN THE BOX:

This kit contains 2 medium-gray trees, 2 dark-gray trees a jet-black tree, a clear tree, the decal sheet and 3 sheets of instructions.

Only the clear tree is in a sealed clear cello bag.

The decal sheet has a tissue on its face to protect it from scratches. This tissue was still in place and not floating around loose, like I find happening in other kits that include the tissue.

The first instruction sheet is one sheet folded in the center to create 4 pages in 14" x 10" page format, folded a second time to fit the box.

Page 1 has a 4-view of a lysander Mk. IIIA, RAF 161 (Special Duties) Squadron. Tempsford, late 1942, England. It is overall jet-black with a chrome-gray nose. It carries the fuselage code in red of B roundel MA followed by red serial no. V9367 and has a red and blue fin flash on the rudder.

Below this is a black and white repeat of the box art and the history of the Lysander with specifications.

Page 2 has illustrations of the girder framework inside the cockpit, side consoles, the dashboard, the pilot in his seat, joystick, machine guns, bombs, engine, wheels, propeller, cowling, exhuast pipe and boxes, over the decal application instructions in 6 languages, including English.

Page 3 is the painting instructions with a listing of suggested colors to use in the 6 languages.

Page 4 has two 4-views of other Lysanders.

1. A Mk. III with RAF 157 (Special Duties) Squadron, "C" (Special) Flight with XIVth Army AEAC, Burma, 1944-45. It is in a wave pattern of dark-green and sea-gray over a jet-black undercarraige. It carries the fuselage code of a white letter C before the roundel and white serial no, V9289 behind the roundel and repeated in black on the rudder under a gray and black flash.

2. A Mk. I with RAF 16 (A.C.) Squadron, Odham, early 1939, England. It is in a wave pattern of dark-green and dark-earth above white under one wing and jet-black under the other wing. Under the elevators it is sea-gray and it has a yellow spinner. It carries the fuselage code in sky of KJ roundel N.

The second and third instruction sheets are single sheets in 20" x 14" page format, folded twice to fit the box. The 2 of them together hold 22 assembly steps and international assembly symbol explanations.

The colored trees are not cello bagged. Only the clear tree is. They are not illustrated in the instructions or alphabetized. They do however have part number tabs next to the parts on them. 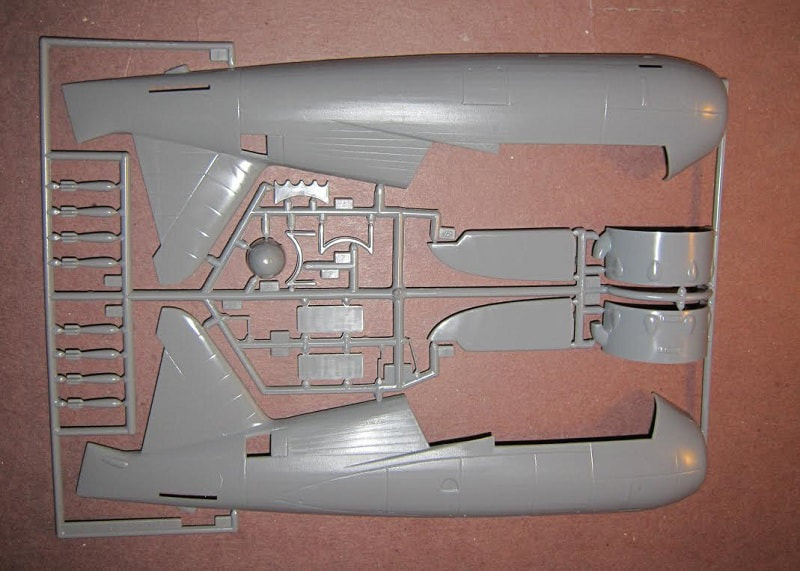 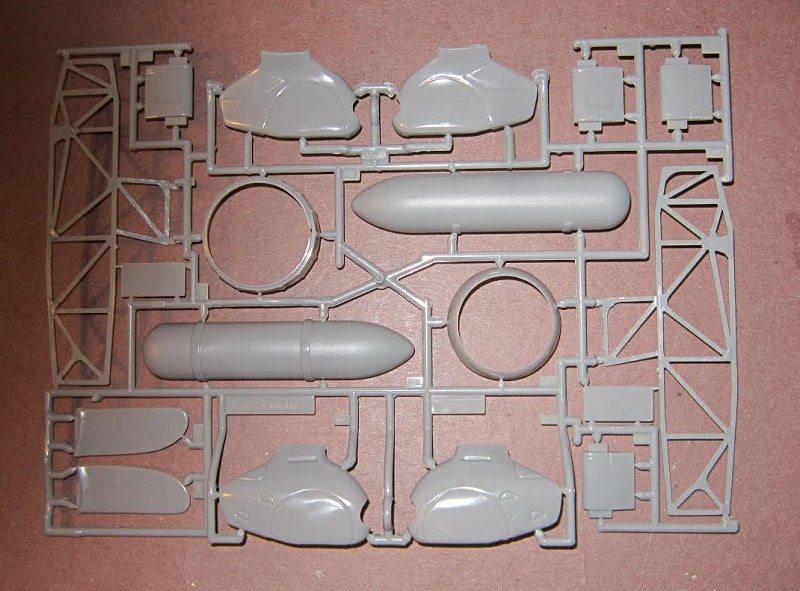 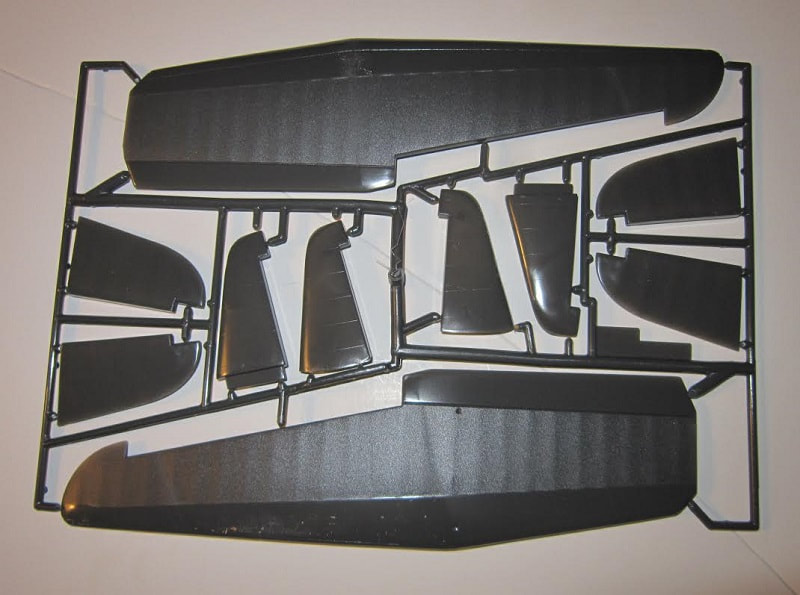 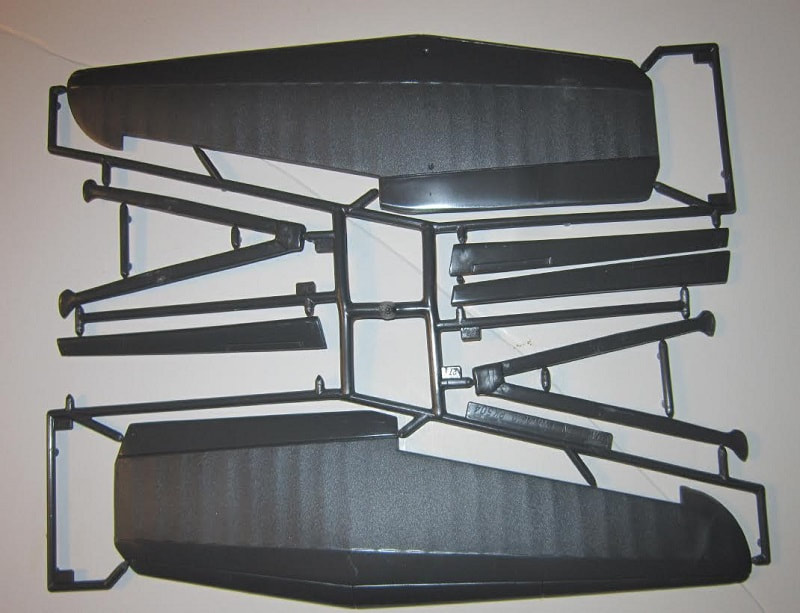 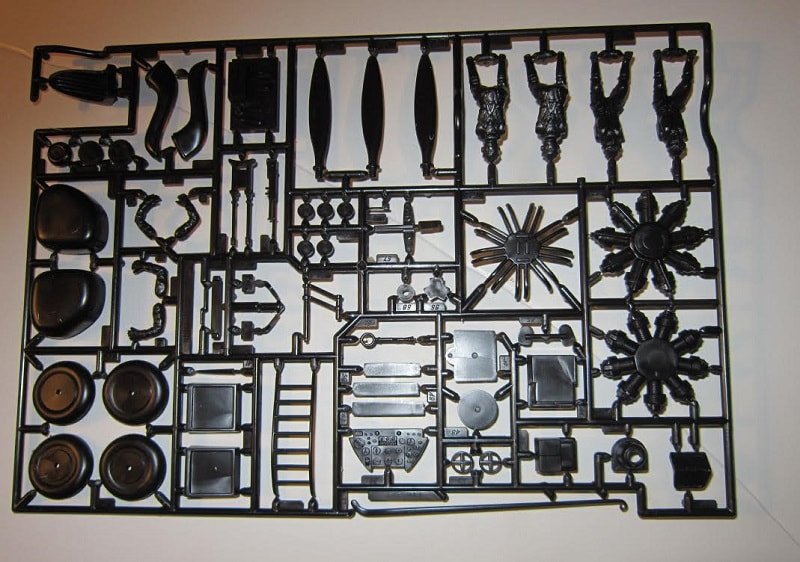 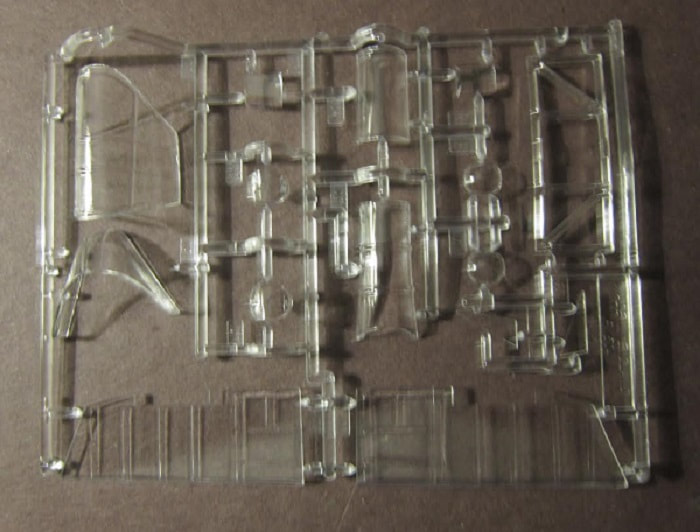 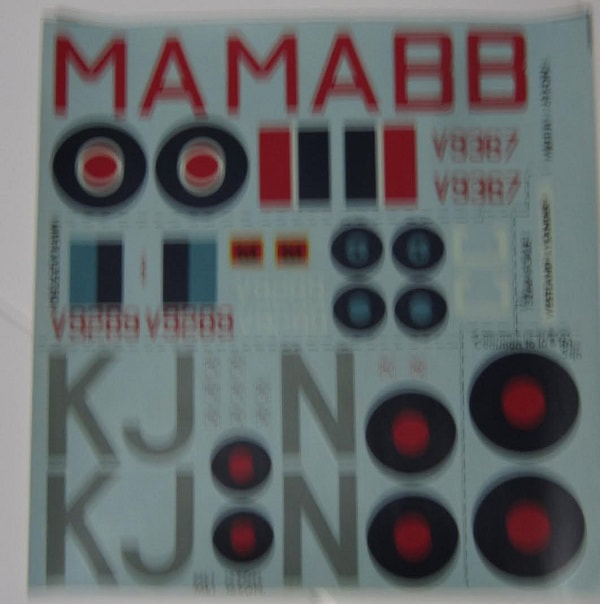