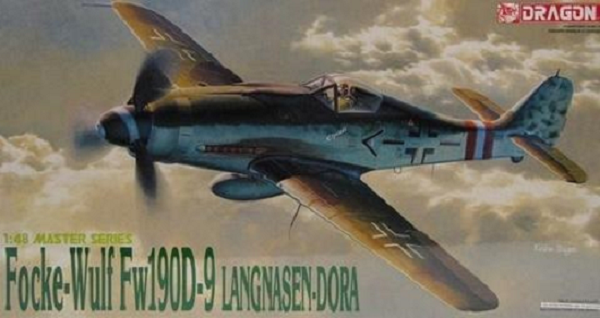 Along with its well-known counterpart, the Messerschmitt Bf 109, the Fw 190 became the backbone of the Luftwaffe's Jagdwaffe (Fighter Force). The twin-row BMW 801 radial engine that powered most operational versions enabled the Fw 190 to lift larger loads than the Bf 109, allowing its use as a day fighter, fighter-bomber, ground-attack aircraft and, to a lesser degree, night fighter.

The Fw 190A started flying operationally over France in August 1941, and quickly proved superior in all but turn radius to the Royal Air Force's main front-line fighter, the Spitfire Mk. V, particularly at low and medium altitudes. The 190 maintained superiority over Allied fighters until the introduction of the improved Spitfire Mk. IX.

In November/December 1942, the Fw 190 made its air combat debut on the Eastern Front, finding much success in fighter wings and specialised ground attack units called Schlachtgeschwader (Battle Wings or Strike Wings) from October 1943 onwards. The Fw 190 provided greater firepower than the Bf 109 and, at low to medium altitude, superior manoeuvrability, in the opinion of German pilots who flew both fighters.

From the Fw 190's inception, there had been ongoing efforts to address this with a turbo supercharged BMW 801 in the B model, the much longer-nosed C model with efforts to also turbocharge its chosen Daimler-Benz DB 603 inverted V12 power plant, and the similarly long-nosed D model with the Junkers Jumo 213.

Problems with the turbocharger installations on the -B and -C subtypes meant only the D model would enter service, doing so in September 1944. While these "long nose" versions gave the Germans parity with Allied opponents, they arrived far too late in the war to have any real effect.

This kit comes in a blousey shrink-wrapped tray and lid type box. The box is 3" too long.

The box art shows a Fw-190D-9 flying above clouds.. It has a splinter of olive-green and dark-green on top of the wings and fuselage spine, over light-blue sides and undercarraige. It has a white "Cristl" under the cockpit. Fuselage code is chevron - + - with a skeletal cross. It has a black, white and black fuselage band, with skeletal crosses on the wing tops and a black spiral on a white spinner.

One corner of the box art says the kit contains 96 parts and is for modelers 10 and over. Box contains model of 1 aircraft.

One side panel has the history of the aircraft in 6 languages, including English. Each is labeled with a color illustration of the flag of the country that speaks that language. Followed by CAUTIONS to not use glue or paint near an open flame and to be in a well ventilated room when you do use them. Kit is not suitable for children under 3 because of small parts, in the multiple languages. Italeri's street address in Italy as being the importer for Europe of DML's kits is provided.

​The other side panel has 3 color photos of the model made up in the cover art scheme, followed by a white sticker with Marco Polo Import Inc. street address in City of Industry, CA. They were the U.S. importer and distributor of DML kits in the 90's.

This kit contains 5 medium-grey trees, a clear tree, and decal sheet in 3 sealed clear cello bags and 2 steel PE frets, each in their own stapled cello bags stapled to a cardboard shelf at the end of the box and the instructions.

The instructions consists of a single-sheet that accordion-folds out into 8 pages in 8" x 11" page format.

Page 1 begins with a black and white repeat of the cover art over the acraft's history in 6 languages, including English.

Page 2 begins with CAUTIONS, over international assembly symbol explanations and a suggested listing of paint colors by Gunze Sangyo and Italeri brands, in the 6 languages.

The bottom of the page has the first assembly step on it.

The steps are oddly not numbered.

Pages 3 through 5 show what I count to be about 11 total assembly steps.

Page 6 & 7 are the painting and marking instructions.

Page 6 has a 4-view of the box art scheme (already described above). It was with JG-6 and flown by German ace Major Gerhard Barkhorn.

Page 7 has another 4-view in the same camouflage as Barkhorn's plane, with black fuselage number 1 before a skeletal cross and a white tip on the spinner. No swastika is shown in the illustrations of either scheme. It is also missing on the box art. This is to keep the kit "politically correct" in countries where it is sold that have outlawed displaying this symbol.

Page 8 is the parts trees illustrations and decal application instructions in multiple languages, including English.

Some parts are shown blued-out in these illustrations. Meaning they are excess and not needed to complete the model. 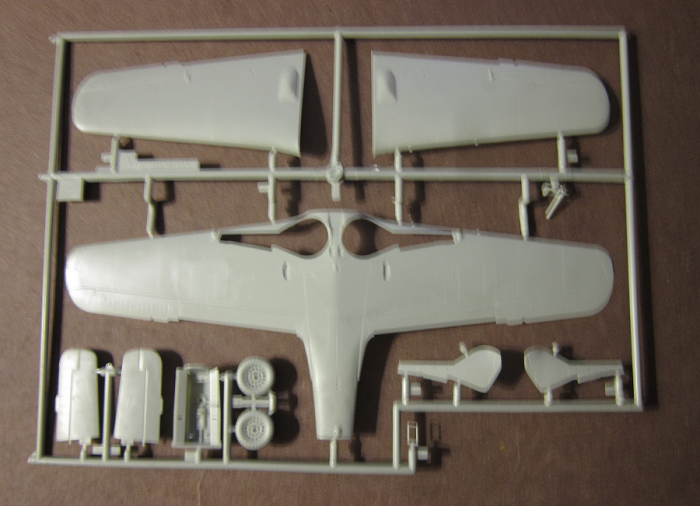 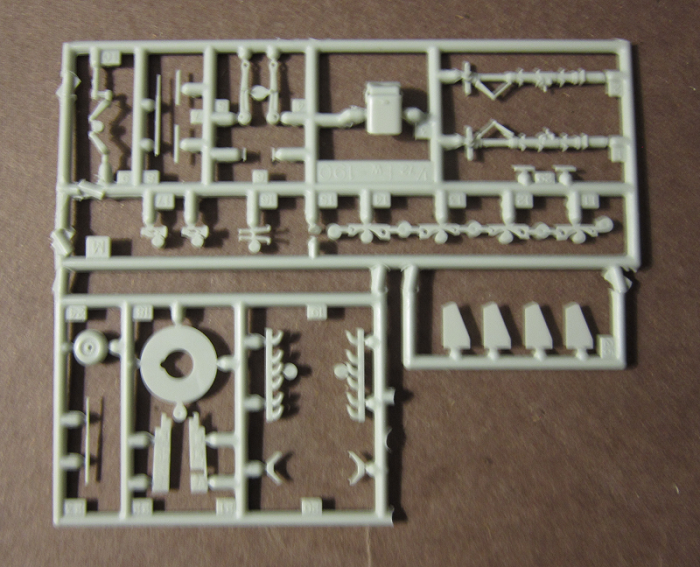 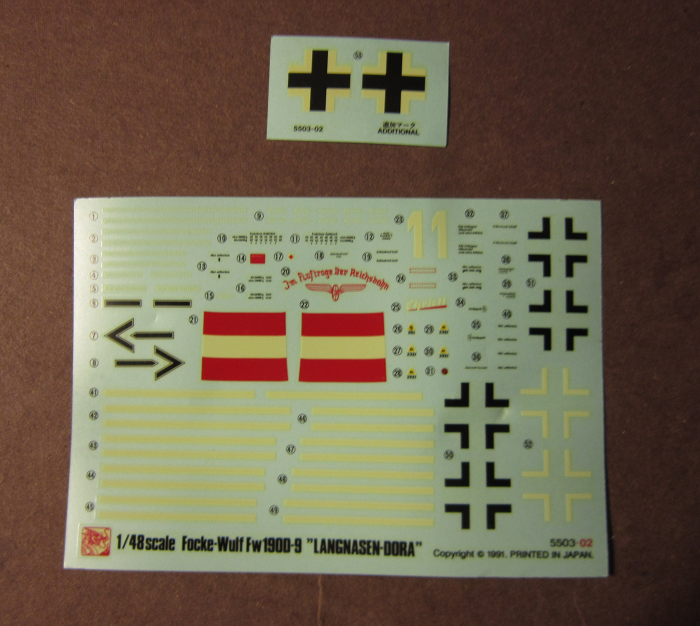 This kit has nice engraved detail. No pilot figure is included and no swastika on the decal sheet.