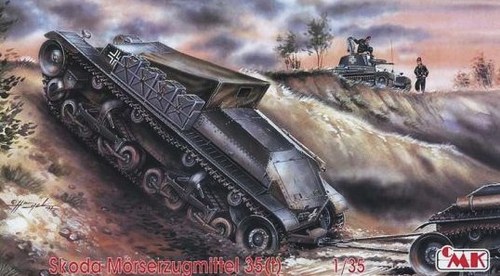 By the end of the year 1934 the Czechoslovak Army formulated its tank specifications. The companies involved were most sucessful in the II-a catagory of cavalry tanks. The tank from Skoda factory emerged victorious and the Czechoslovak Army decided to accept it as a standard light tank under the designation LT vz. 35. This was one of the best vehicles in its catagory.
A total of the LT vz. 35 tanks ordered by the army was 298 and the first of them entered service in December 1936. During summer and autumn of the year 1938 LT vz. 35's were used against Freikorps units in Sudetenland's combats.

Immediately following the Munich agreement, the Czechoslovak Army lost interest in further expansion of its armoured units. It was even willing to sell some of its tanks. The English were interested in acquiring a total of 200 LT vz. 35 tanks.

The Soviet Union  was interested to buy one vehicle for non-license production, but the Skoda Company wasn't interested in such a deal.

During the summer of 1938 LT vz. 35's were used in protecting Slovakia and Transcarpatian Ruthenia against a Hungarian attack. The armoured units also fought against Beck's Polish units at the northern border of Ruthenia.

The above mentioned fights against Hungarians continued till March 1939. Following the occupation of the Czech lands, the Germans captured 244 LT vz. 35 tanks. The Slovak state got 52 and the Hungraians two. The Germans immediately accepted the LT vz. 35 and renamed it Pz.Kpfw. 35(t) into their panzer divisions.

The tanks saw combat in Polish and French campaigns. The Germans used Pz.Kpfw. 35(t)s in limited quantities also at the beginning of the Russian campaign.

In the years 1942 and 1943, a total of 40 Pz.Kpfw. 35(t)'s were in the Skoda factory to be modified into towing vehicles (morserzugmittel 35(t)), according to the prototype supplied by the Alkett Company.

This kit comes in a shrink-wrapped end opening type box. It is a very blousy box. it is 3 1/2" too long and 2" too wide, creating a large letter "L" void around the contents.

The box art shows a LT vz. 35(t) towing a 35(t) out of a ditch. It is overall panzer-grey with just a white skeletal German cross on the forward end of the sides of the hull.

In the background, at the  top of the ditch, is a turreted 35(t) with 2 crewmembers looking on at the towing operation. it is overall panzer-grey with a white skeletal German cross on the sides of its turret.

One side panel of the box has one paragraph histories of the 35(t) in Czech, English and German, each labeled with a color illustration of the flags of these countries that speak these languages.

MPM Ltd. is the distributor of CMK kits in Prague.

The other side panel lists features of the kit in the same 3 languages, also labeled with flags.
A complete plastic model, decal sheet, three language construction sheet, glue and paint not included in the kit and must be purchased separately, may contain small parts and sharp edges, recommended for modelers 14 and over. Have a pleasant time with our model.
​WHAT'S IN THE BOX:

The PE fret and decal sheet are in another small sealed cello bag with a stiff card to prevent the PE from bending.

The trees are all not alphabetized or illustrated in the instructions.

Page 1 begins with a small line drawing profile of the 35(t) over the history of the tank in Czech, English, German and French.

page 2 has the parts trees illustrations at the top, over international assembly symbol explanations and a suggested paint color listing of Humbrol and Tamiya brands of hobby paints.

Page 3 through 9 give a grand total of 19 assembly steps.

Below it is a 35(t) also in overall panzer-grey with German crosses only on it as shown in Russia in 1942. No unit is said.

Both have Khaki colored canvas roofs.

The parts trees all have number tabs next to the parts, but there are no parts trees illustrations in the instructions.

The 1st large dark-grey tree holds: turret parts (not used for this version of the tank), fenders, a pick, hull front and rear plates, a shovel etc. (23 parts) 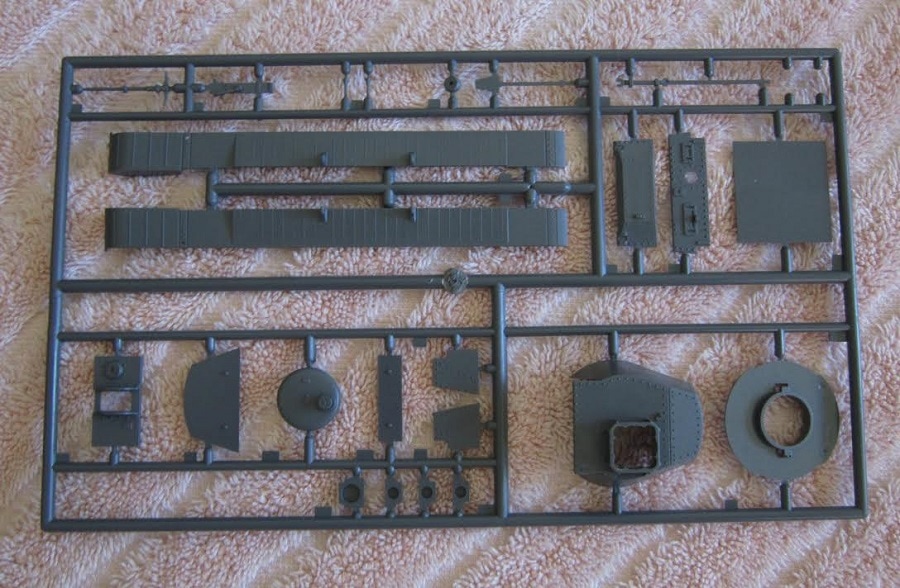 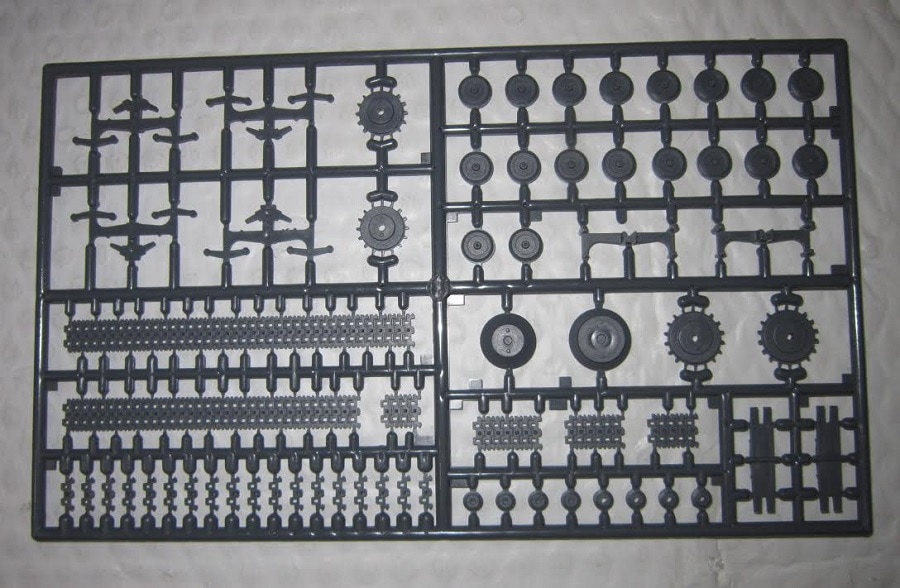 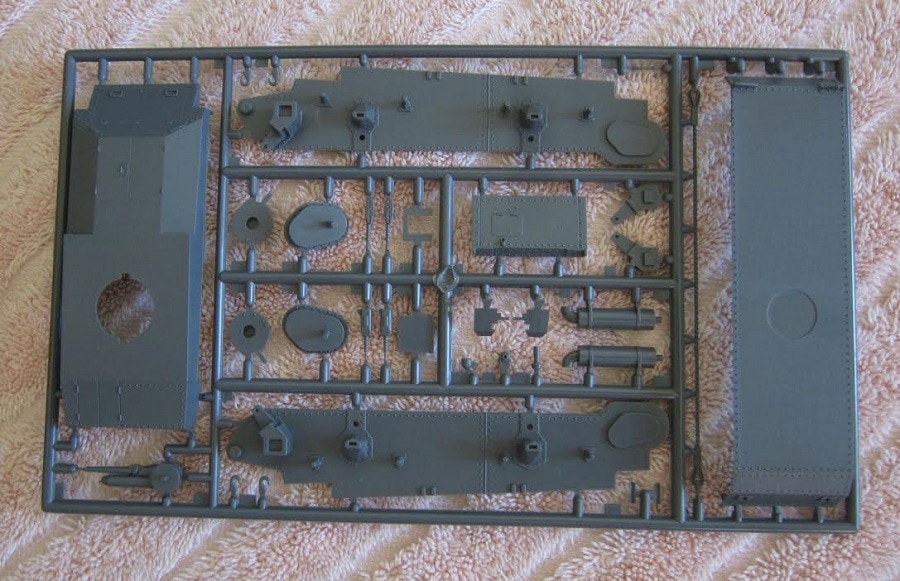 ​Next is the small chalk-white tree. It holds supports for the canvas roof top. (12 parts) 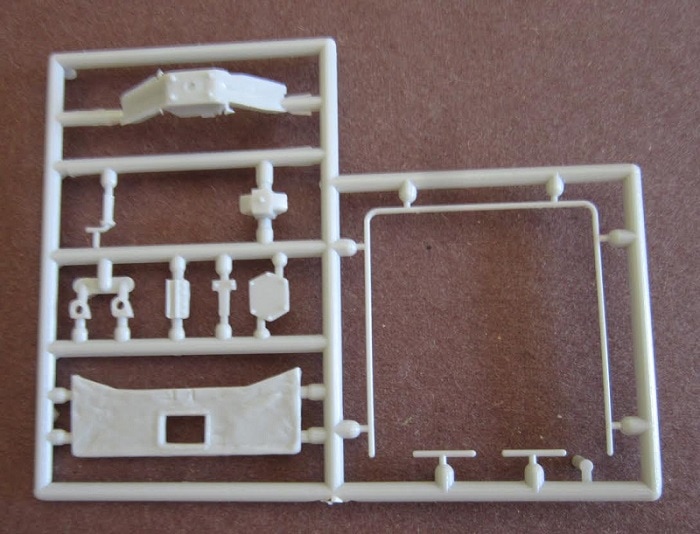 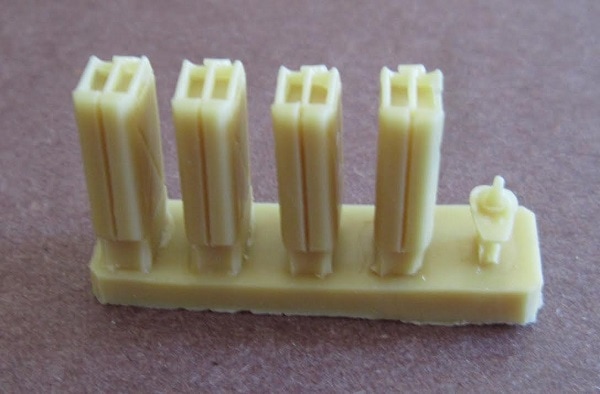 ​The vacuformed part is the canvas roof. It needs to be trimmed on all 4 sides. 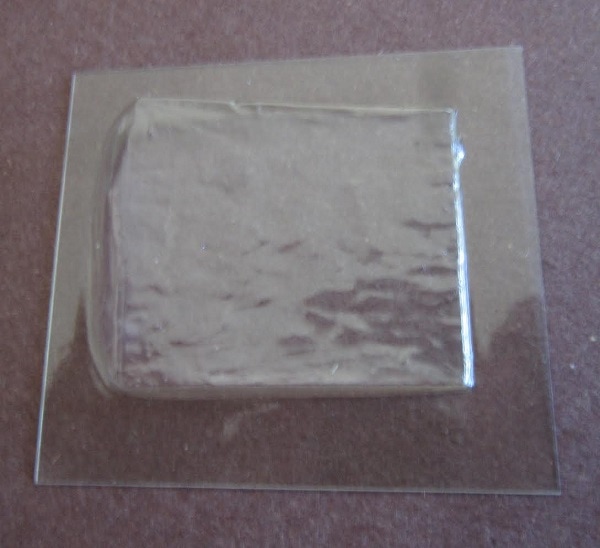 The kit supplied brass PE fret. It holds the Jerry can rack and tie down straps for the cans (11 parts). 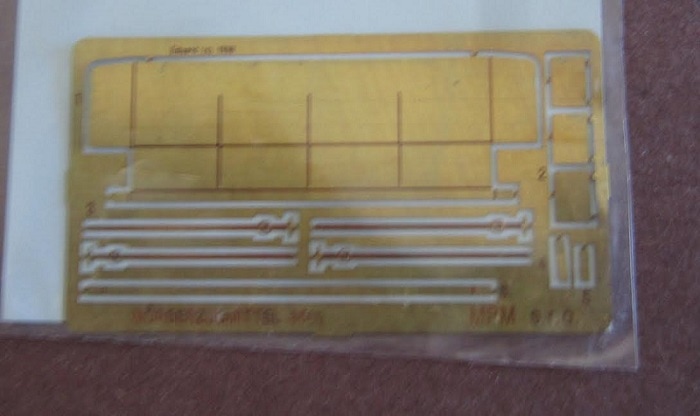 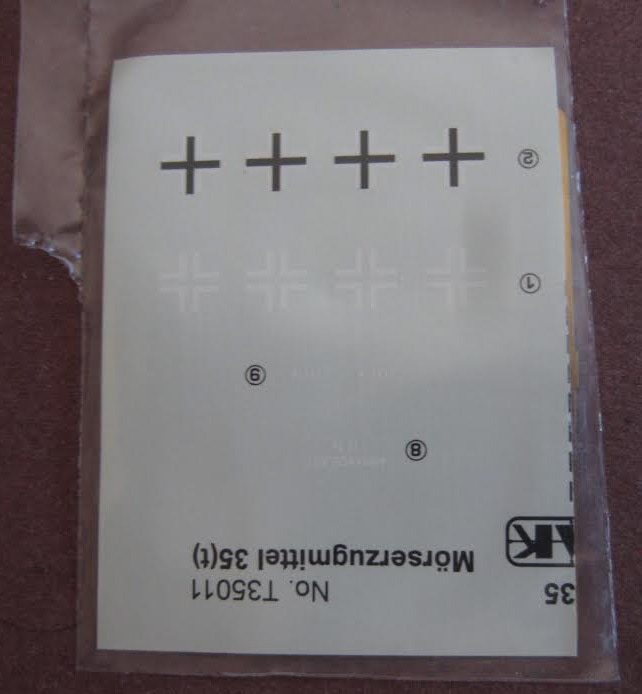 ​There are no clear parts, interior parts or figures included in this kit.

The excess turret parts would allow this kit to alternately assembled as an armed version.