In Box Review of Airfix 1/72nd Scale Short Stirling Mk. B1 or Mk. B III

The Stirling was the first of the R.A.F.'s four-engined heavy bombers to go into service in the Second World War, and was the only one designed from the beginning to take four engines. It was the first bomber capable of carrying out large scale strategic bombing carrying far greater bomb loads than any preceding aircraft and although it's achievements were overshadowed by the later Lancaster and Halifax, it played a major role in Britain's air offensive.

In July 1936, the Air Ministry issued a specification for a long range heavy bomber and the Short design was one of the two selected for development. Among the clauses of the specification were a wing span of less than 100 feet, so as to fit a standard R.A.F. hangar and a fuselage small enough in cross section to fit a standard packing case. These peculiar requirements, together with the provision for carring a large number of small bombs, rather than a few large ones, were responsible for many of the design features which limited the Stirling's performance and eventual usefulness.

The structure of the Stirling was largely based upon Short's experience with flying boats, and the wing was similar to that of the Sunderland, but before beginning construction of the full size machine, a half scale model was built. This 50 foot model, powered by four 90 hp engines and with a crew of two, flew in 1938 and was used to test the handling qualities of the full scale bomber. The prototype Stirling was completed and first flew in May 1939; it was unfortunately destroyed when landing after it's maiden flight.

By the time the second prototype flew, Britain was already at war and the Stirling was already in full production at Short Brothers and soon after at the Austin Motor Company Works at Birmingham. Eventually, more than twenty different factories were producing major assemblies and small components were being produced all over the country.

In May 1940, the first production Stirling I appeared, and by August, the very few Stirlings available were beginning to replace the Wellingtons of No. 7 Squadron. Only fifteen were produced in 1940, but production began to speed up in 1941 and on February 10th of that year, Stirlings of 7 Squadron carried out their first mission, a night attack against oil storage tanks at Rotterdam. Later that year, the first night raids were made against the Scharnhorst and Gneisenau at Brest, and in April 1941 Stirlings began to be used on daylight raids without fighter escort.

As the German defenses became more efficient, daylight raids were becoming more and more dangerous and by early 1942, the Stirlings were once again operating by night. On May 30th, 1942, Stirlings took part in the first 1,000 bomber raid. By now the higher performance Lancaster and Halifax were in service beside the Stirling which continued in production. The B III version with more powerful Hercules engines and new dorsal turret being introduced. In combat Stirlings were showing themselves capable of absorbing amazing battle damage and still returning to base and they continued to be employed in the bombing role until September 1944. The last missions being against flying-bomb sites in France.

Meanwhile, the Stirling had been employed in other roles, including mine-laying, supply dropping and as a transport and glider tugs. On D-Day, four squadrons of Stirlings flew with Horsa gliders and they were again operational at Arnhem. When production finished in November 1945, 2,375 of all marks had been built.

Of the two individual aircraft which were featured in this Airfix kit, MG-K is a Stirling BI of No. 7 Squadron which operated first from Leeming in Yorkshire and then from Oakington in Cambridgeshire with No. 3 Group. In 1942, the squadron carried out mine laying as well as bombing and later that year became one of the first units of the Pathfinder Force.

The second aircraft. EX-L is a B III of No. 199 Squadron of No. 3 Group which converted from Wellingtons in July 1943 at Lakenheath and operated bombing, mine laying and missions to supply arms to the Maquis. In 1944, the Squadron moved to North Creake and flew with 100 Group on radio counter-measures until March 1945.

The box art shows 3 Stirlings parked in front of a hangar. The one in the foreground has 4 ground-crewmen loading bombs on it. Another crewman is seen riding a tractor. Two more ground-crewmen are working on the tail wheels and the rear turret.

The aircraft is in a wave pattern of dark green and earh over black undercarraige. It fuselage code is red K (roundel) MG.

One side panel has a smaller color repeat of the box art followed by the history of the Stirling.
The other side panel has 3 color box arts of other aircraft kits that Airfix makes: a B-24 Liberator, a B-17 Flying Fortress and a B-29 Superfortress.

No kit numbers are provided for these 3 kits and I assume they are all to 1/72nd scale.
WHAT'S IN THE BOX:

Parts trees are not cello bagged and by rubbing together a lot of parts have broken off the trees and are floating around loose. I put them all in a zip-lock type cello bag.

The decal has a frosted sheet with it to protect its face from scratching. However, this sheet was floating around loose in the box and not protecting a darn thing. So, I stapeled it to the decal sheet.

The instructions consist of an unbound booklet of 6 pages in 8" x 8" page format.

Page 1 gives the history of the Stirling.

Pages 2 through 6 gives a total of 5 assembly steps. Each step is accompanied by a lot of text to help modelers through the builds.

Step 5 is the painting and marking instructions. Two 3 views are shown. Both have wave pattern of dark green and earth above black.

The Mk. B I version carries the fuselage code of MG (roundel) K in red.

The Mk. B III version carries the fuselage code of EX (roundel) L in red.

At the bottom of the page M.P.C.'s address in Mt. Clemens, MI is given to contact for any service needed with the kit. 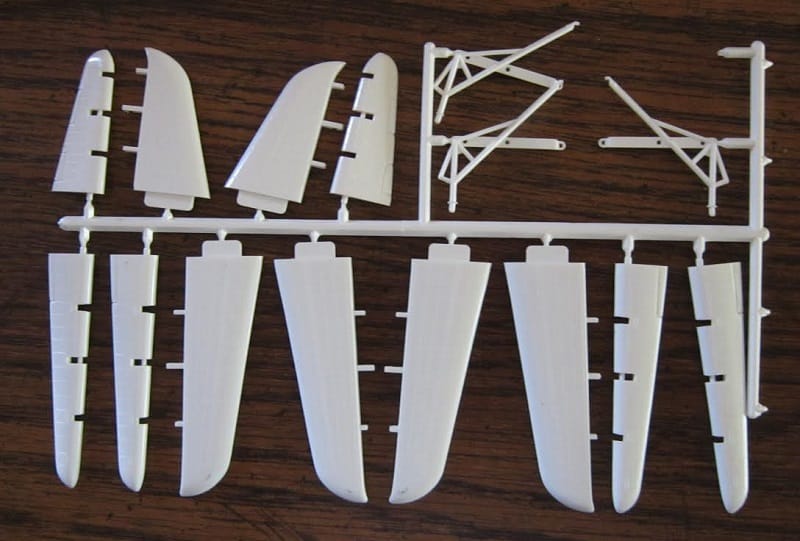 ​The 2nd chalk-white tree holds: bombs (44 parts ?) A lot of parts have broken off of this tree. 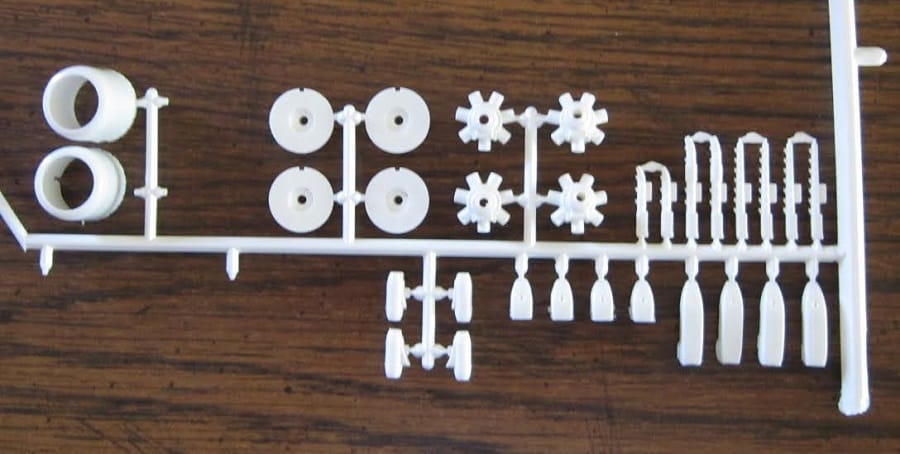 ​The 4th chalk-white tree holds: wing bomb bay slats, landing gear struts, etc. (22 parts) It looks like at least 5 parts have broken off of this tree. 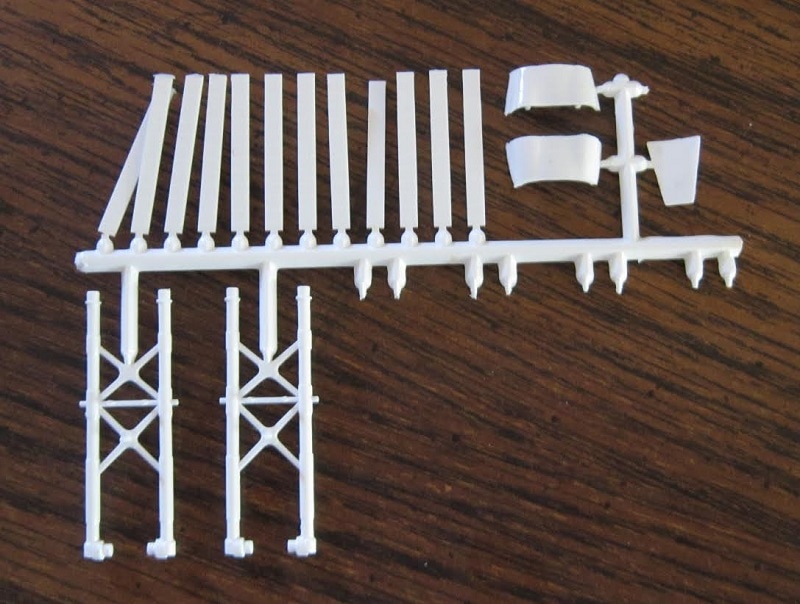 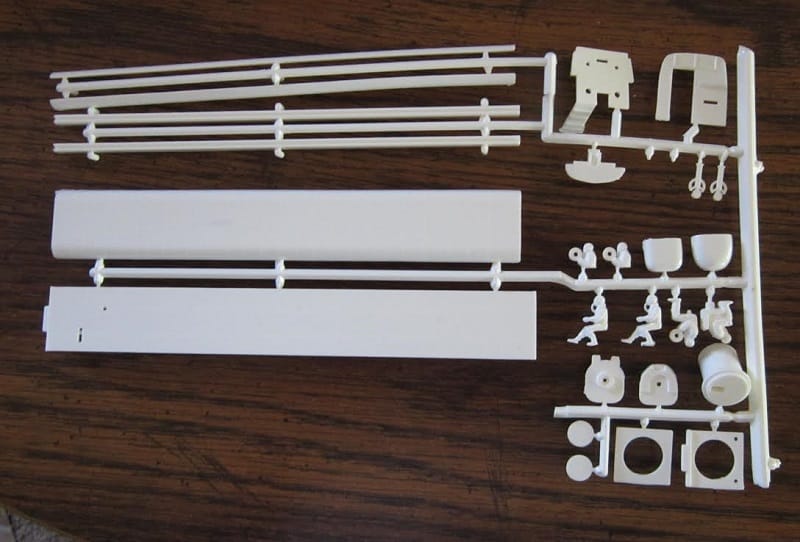 The parts that had broken off of the trees and were loose in the box. 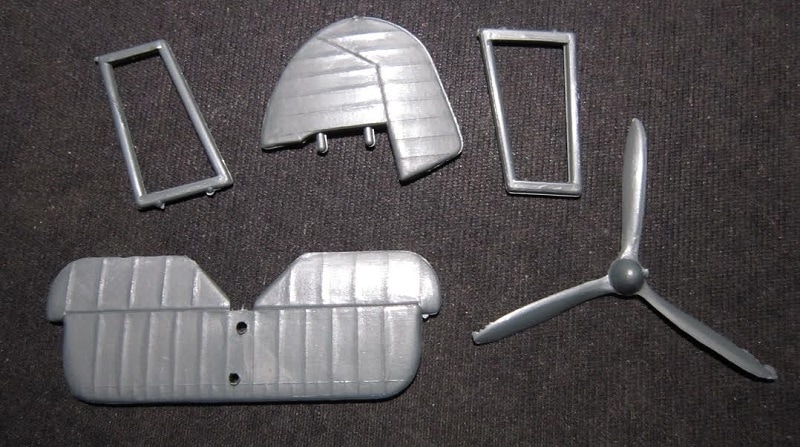 ​The 7th & 8th chalk-white trees each hold a fuselage half. 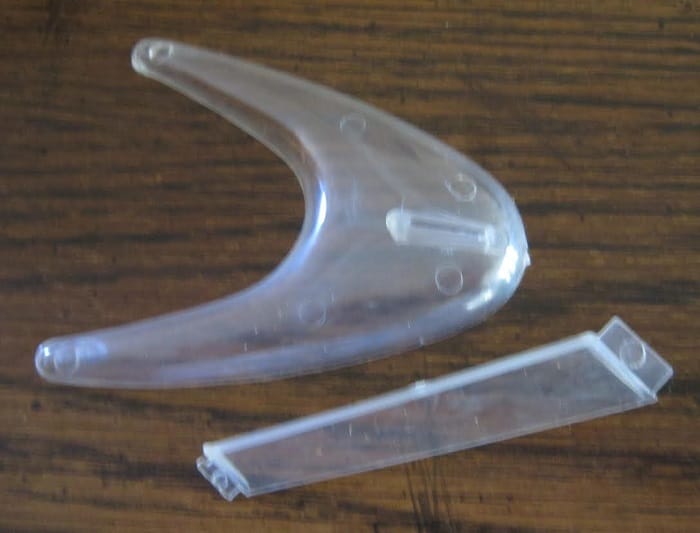 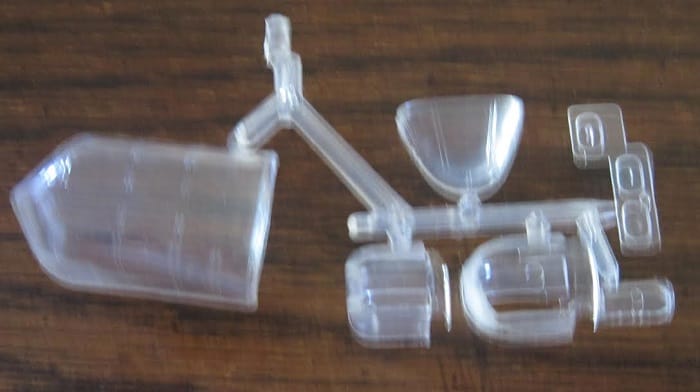 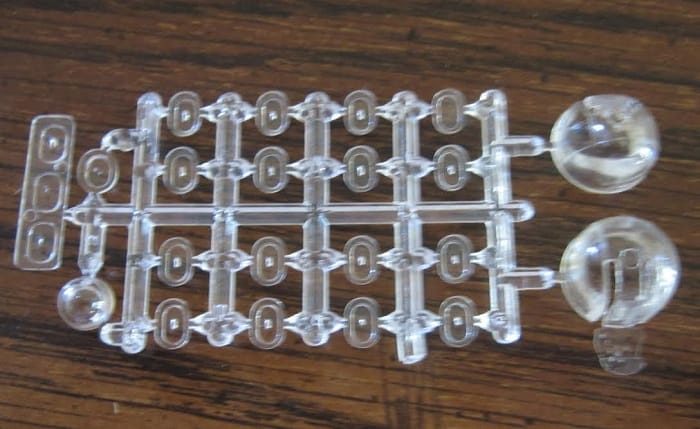 The decals for both versions. 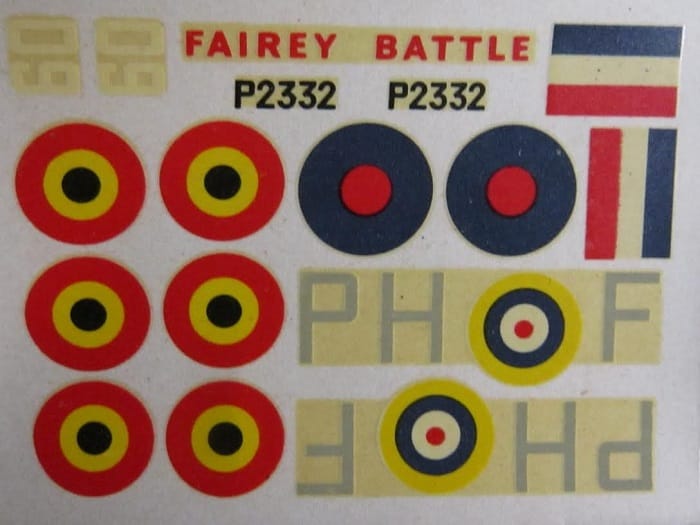 ​This is one neat large British bomber.
Recommended.
​I purchased my kit years ago at my local hobby shop.