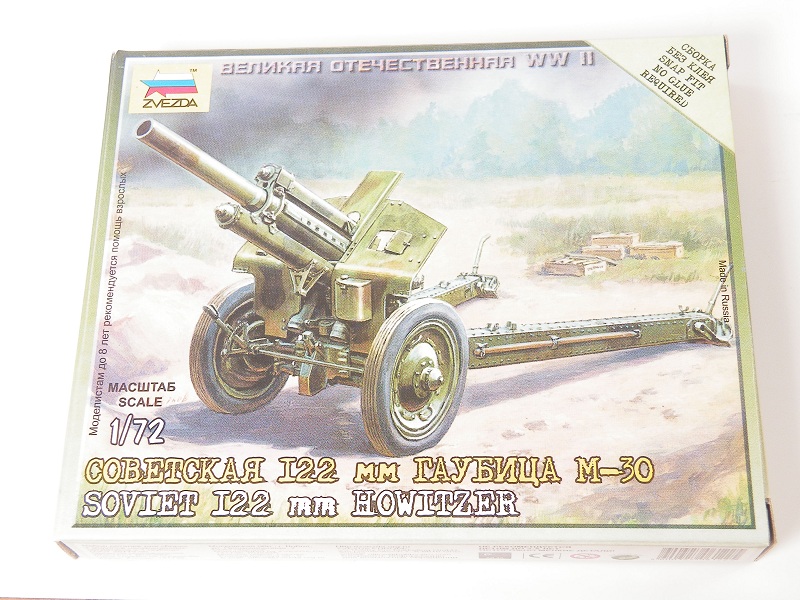 Once again Zvezda has released a Snap Fit 1/72 artillery piece and this time it is the 122 mm Howitzer M1938 (M30). This kit is part of a range of quick build models for the Art of Tactic "Operation Barbarossa 1941" game. 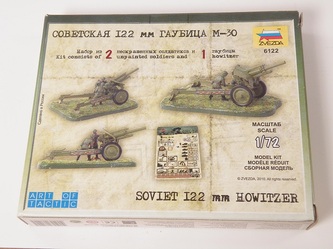 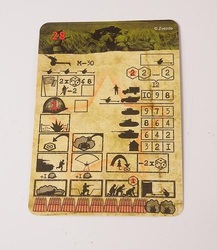 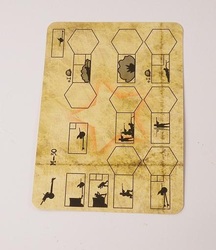 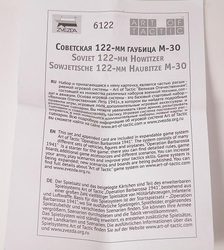 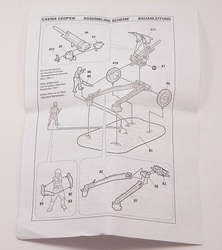 The kit is contained in a 5 x 5 3/4 x 3/4 inch double end opening box. The box front has a color painting of the gun which is camouflaged in Green, Brown and Black similar to the NATO Three Color Camouflage, while on the back is an assembled and painted model. The back also list the contents and displays a score card for the game. Inside is a single page instruction sheet written in three languages; Russian, English and German. The front page describes the Art of Tactic game while the other side is the instructions for assembly of the kit. There are three assembly sequences for the gun and crew and an exploded step to show final assembly. The first sequence is the gun and trunnion assembly, second sequence is the trail assembly and a third one is for the assembly of the loader. Final assembly shows the wheel mounting, shield installation, the assembly of the gunner and placement of the gun and crew on the base.
No painting instructions are given other than the assembled model photos and box art and no decals are included. The box contains one 122 mm gun, a base and two crew figures. 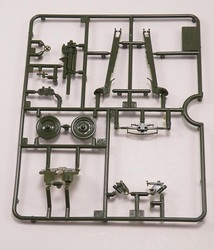 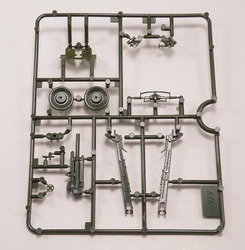 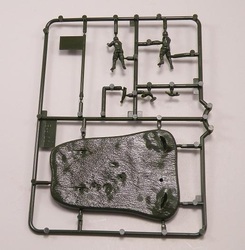 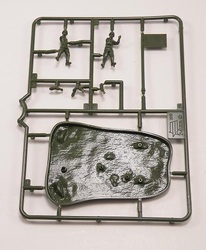 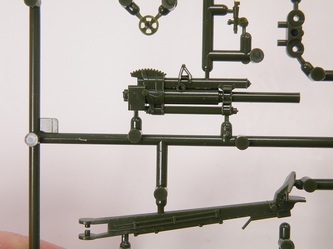 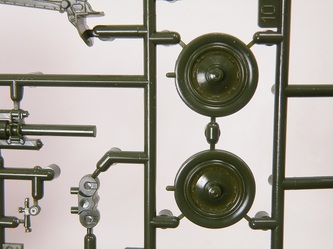 The model is molded in an Olive color on two trees of flash free Styrene plastic. One tree contains the gun and trails and the second has the base and crew molded on it.
The gun itself is finely molded and while it is a one piece molding, the detail is well done and even has an opening between the recuperator housing and the barrel. The breech block is closed and the handle to open the breech is molded into it. The kit, however, has the sight and one hand wheel molded separately while another hand wheel is molded onto the left trunnion. Both trunnions contain molded on detail and the gun elevation gear has the teeth molded into it as well. The shield supports are missing but can be added with plastic rod. The trails have tools and sighting poles molded onto them as well as rivets and the handles for moving them are folded down. The wheels have detail on both sides including treads on the outside of the tires and a peg to mount the wheels on the base. The shield is molded with detail on the outside consisting of rivets, boxes, sight flap and an outer shield with detail on the back as well. This detail consists of the back of the sighting flap and shield strengtheners. The only extra work that would help is to fill the opening behind the molded on box, remove two ejector pin marks on the inside shield bottom, and drill out the gun barrel. The final item on this tree is the axle and brakes. While they are well done there is no break handle molded into the assembly, but this as well as other parts not on the kit can be easily added by the modeler. The last tree contains the crew and base. The crew has no equipment except for the web gear with a single pouch and three separately molded arms. There are pegs on the bottom of the feet that correspond with holes on the base as well as location pegs on the arms for attaching to the figures. The figures, while well done, are a little soft in facial detail. The base itself has texture molded into it that resembles flattened grass. There are holes for the figures and the wheels as well as for the recoil spades.

For a model that is designed for a war game it is surprisingly well detailed and with good photographic references it can be a good starting point for adding additional detail. Zvezda has done a good job in striking a balance between the display modelers and gamers in producing a kit that has good detail but is still sturdy enough for the board and at a very reasonable price too! I highly recommend this kit to anyone interested in Soviet World War II artillery. I purchased my kit from my local Hobby Town in Indianapolis.