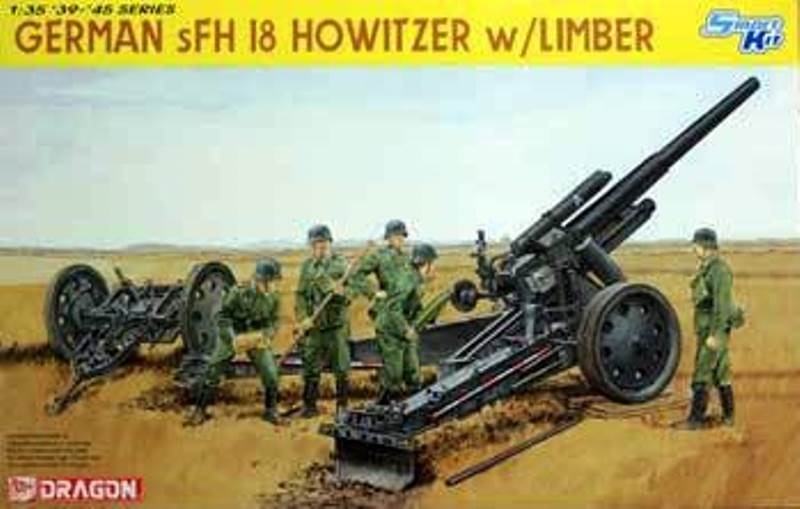 The 15 cm schwere Feldhaubitze 18 or sFH 18 (German: "heavy field howitzer, model 18"), nicknamed Immergrün (“Evergreen” "),[2] was the basic German division-level heavy howitzer during the Second World War, serving alongside the smaller but more numerous 10.5 cm leFH 18. It was based on the earlier, First World War-era design of the 15 cm sFH 13, and while improved over that weapon, it was generally outdated compared to the weapons it faced. It was, however, the first artillery weapon equipped with rocket-assisted ammunition to increase range. The sFH 18 was also used in the self-propelled artillery piece schwere Panzerhaubitze 18/1 (more commonly known as Hummel).

The sFH 18 was one of Germany's three main 15 cm calibre weapons, the others being the 15 cm Kanone 18, a corps-level heavy gun, and the 15 cm Sig 33, a short-barreled infantry gun.

This kit comes in a shrink-wrapped tray and lid type box. The box art shows the howitzer set up in firing order in a field with 5 gun crew men. This box art is miss-leading as there are NO figures included in the kit. Also, this howitzer had a normal crew of 8, not just 5.

One side panel has 5 small color profiles of the howitzer in either all panzer grey or all dunkle gelb (earth yellow), followed by 2 illustrations of the PE sets, the turned aluminum gun barrel, 2 brass tubes and the decal sheet included in the kit, Next is CAUTIONS about using glue or paint too close to an open flame and the model is for modelers over the age of 14, but not suitable for kids under 3 due to small parts. This is all in multiple languages, including English, The copyright of the kit is given as 2007 over DML’s street address in Hong Kong and MADE IN CHINA.

On the other side panel and the bottom of the box there are a total of 25 illustrations of features in the kit. These are done as white illustrations of kit parts posed on all black backgrounds. This is a common feature used on most of DML’s kit boxes.

The instructions consist of a single sheet .that accordion folds out into 8 pages in 7 ½” x 13 ½” page format.

Page 1 of the instructions begins with a black and white repeat of the box art. The project was supervised by Hirohisa Takada, The technical drawings provided by H3 Design Office and thanks are given to Tom Cockle and Gary Edmundson as technical consultants. The bottom of the page has the parts trees illustrations.

Page 2 begins with the CAUTIONS again in 6 languages, including English, followed by a listing of GSI Creos Aqueous Hobby Color, Mr. Color and Model Master brands of paints suggested to use to complete the model, The bottom of the page has the first assembly step.

Page 3 through 6 have a grand total of 13 assembly steps.

Page 7 has three 5-views of the howitzer. All of them are in overall field-grey.

The third one has 2 wide white kill rings at the muzzle of the barrel.

The second one is in a base of dunkle gelb (earth yellow) with splotches of khaki-green. It carries no marks.

The bottom of the page gives DML’s street address for their office in Graz, Austria, a repeat of the 2007 copyright date for the kit and decal application instructions in 6 languages, including English. 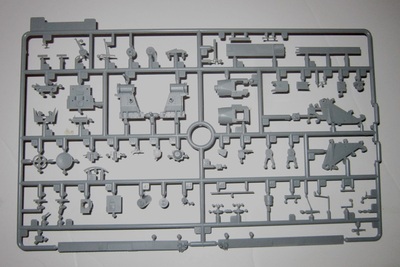 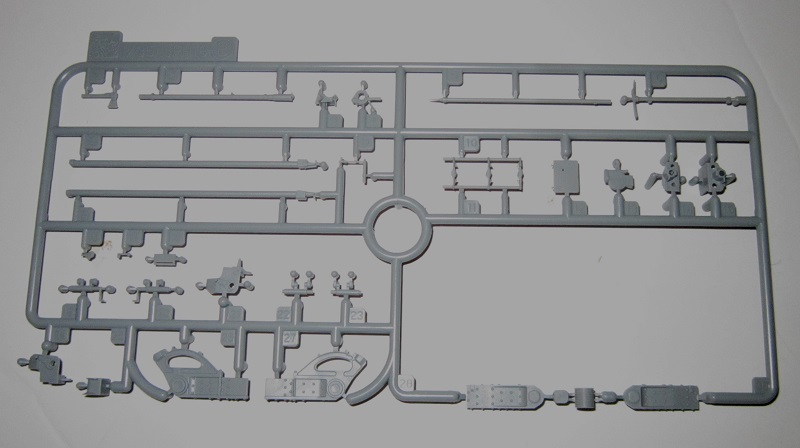 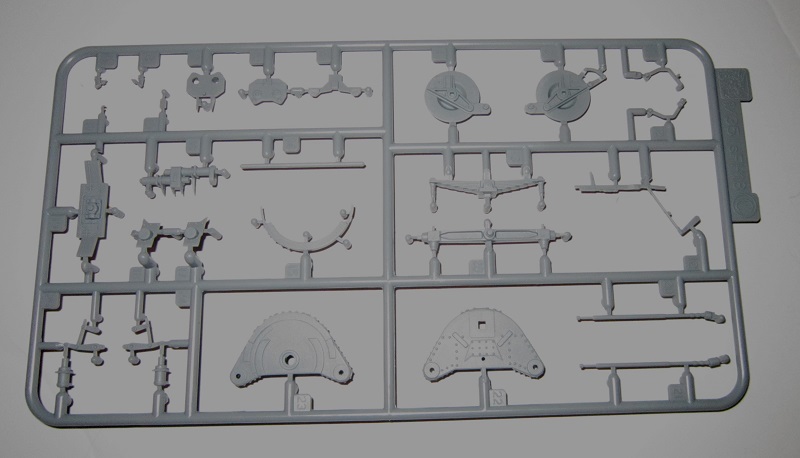 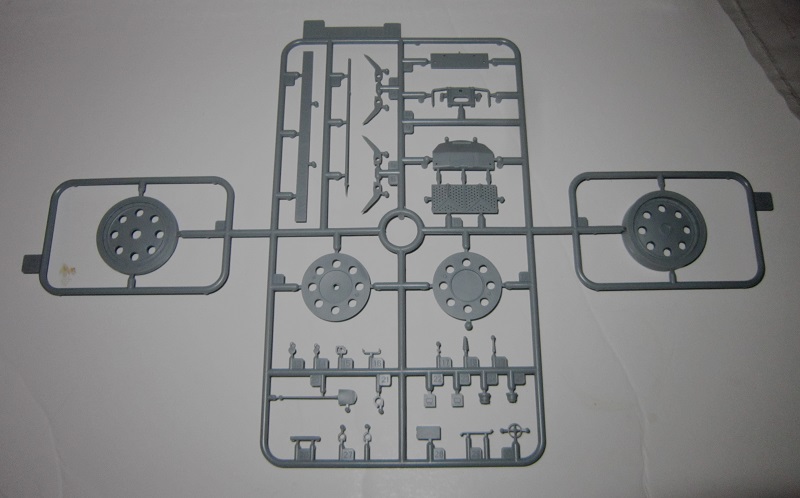 There are no Letter H, I or J parts trees.

Letter K tree is clear parts of the aiming scope. ( 3 parts) One part is shaded out in the parts trees illustrations as being excess and not needed to complete the kit. 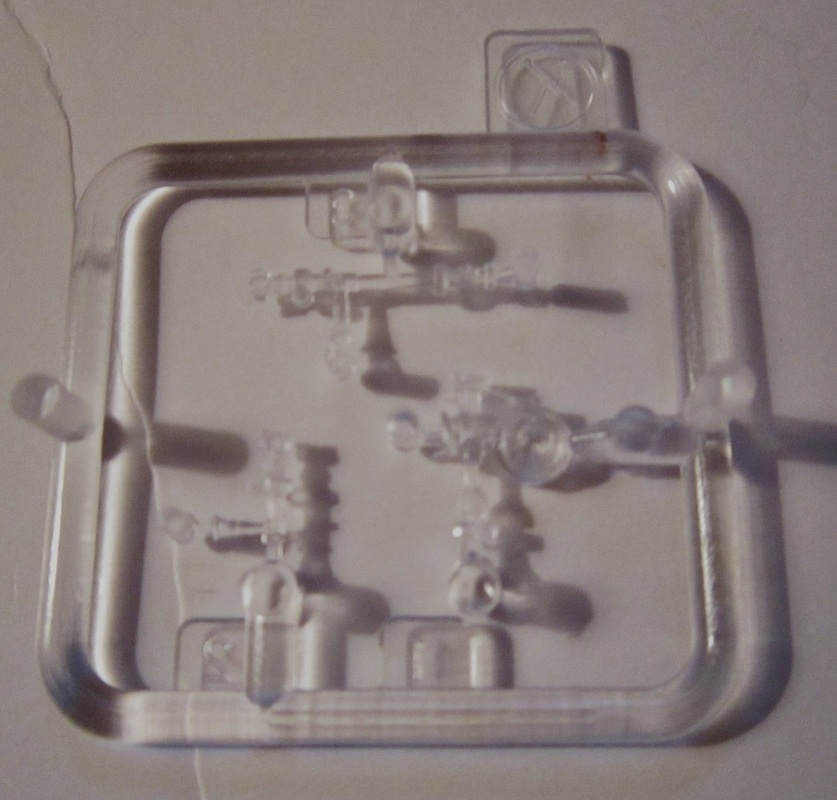 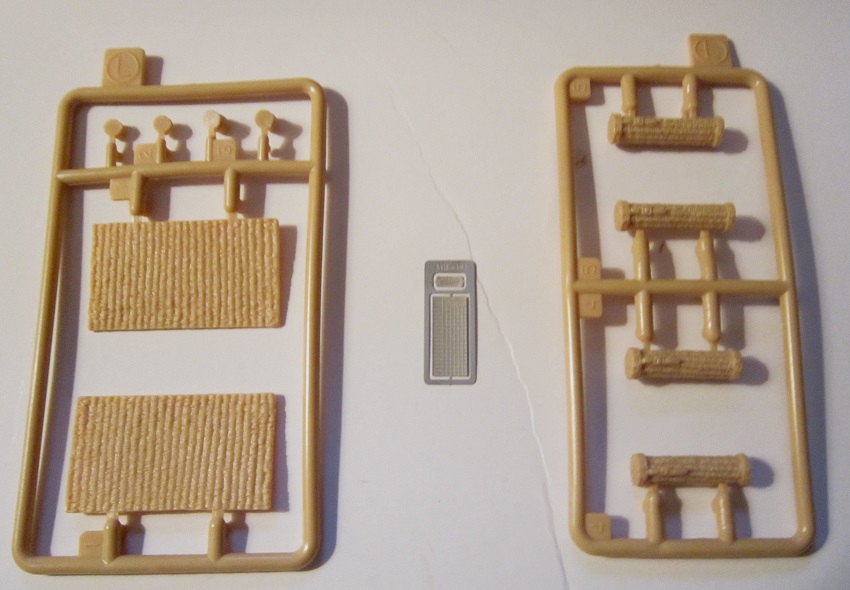 The turned aluminum barrel and the decal sheet complete the kit’s contents,. 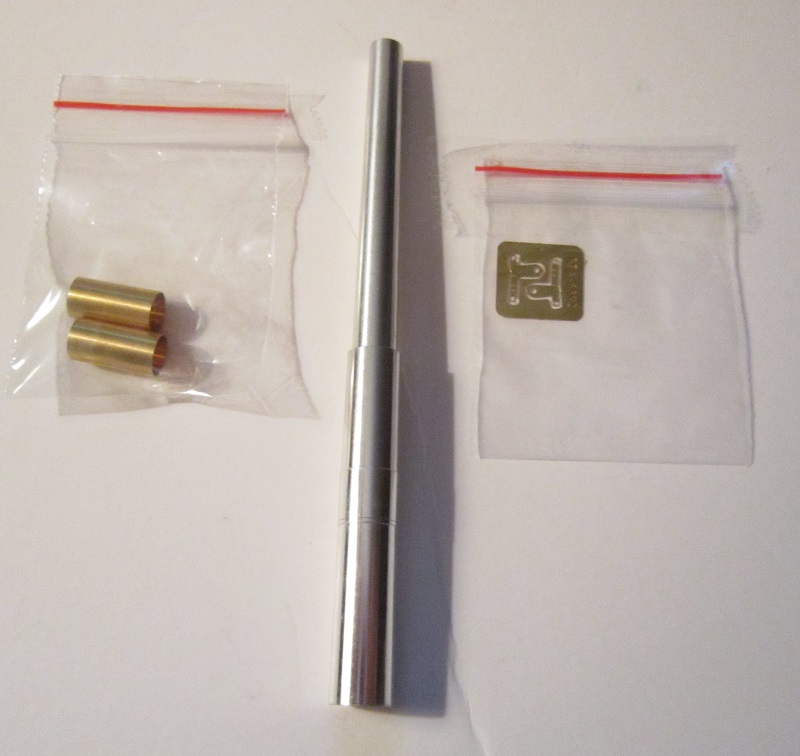 The decal sheet has letters, data charts and kill rings on it,

This will make up into a very nice howitzer model. There are no figures in the kit, but DML does sell they gun crew as a separate model. The biggest problem I have read is a missing lip that should be at the base of the barrel tray. It can be added with a strip of plasic card. The aluminum barrel could stand some rifling in the muzzle For that I am adding a set of my company’s barrel rifling PE (Armor Research Co.). I also have been told that the breech block needs tweeking and sanding to fit right. 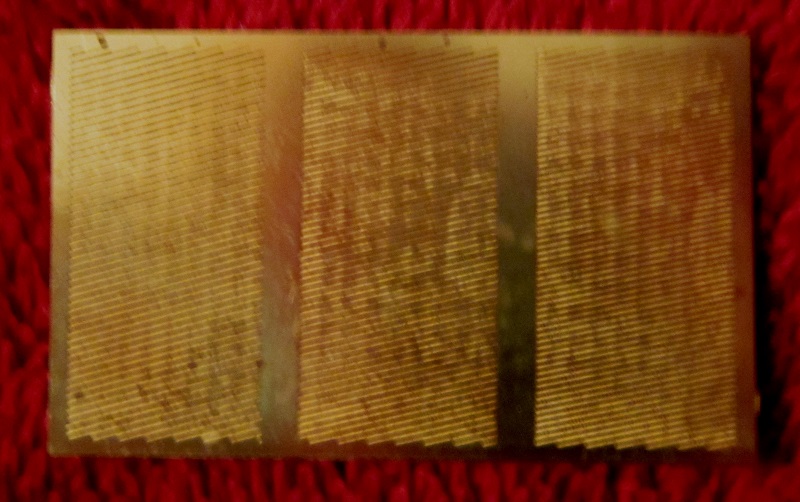