Kit no. L395
By Ray Mehlberger

The Potez 540 was a French multi-role aircraft of the 1930's. Designed and built by Potez, it served with the French Air Force as a reconnaissance bomber, also serving with the Spanish Republican Air Force during the Spanish Civil War.
Although obsolete as a bomber, it remained in service in support roles and in France's overseas colonies at the start of World War II.

This two-engine aircraft was built by the French Potez company to fulfill a 1932 specification for a new reconnaissance bomber. Built as a private venture, this aircraft, designated the Potez 54, flew for the first time on 14 November 1933.

Designed by Louis Coroller, it was intended as a four-seat aircraft capable of performing duties such as bomber, transport and long-range reconnaissance. The Potez 54 was a high-wing monoplane, of mixed wood and metal covering over a steel tube frame.

The prototype had twin fins and rudders, and was powered by two 515 kW (690 hp) Hispano-Suiza 12Xbrs V-12 engines in streamlined nacelles, which were connected to the fuselage by stub wings. The main landing gear units retracted into the nacelles, and auxiliary bomb racks were mounted beneath the stub wings.

There were manually operated turrets at the nose and dorsal positions, as well as a semi-retractable dustbin-style ventral turret. During development, the original tail plane was replaced by a single fin and rudder, and in this form, the type was re-designated the Potez 540 and delivered to the Armee de I'Air on 25 November 1934. A total of 192 Potez 540s were built.

Their first combat was in the Spanish Civil War, where they were employed by the Spanish loyalist side. A poor design that was already obsolete just two years after its introduction, when confronted by the higher performance German and Italian planes of the same period, the Potez 540 proved itself a failure in Spanish skies during the Civil War and was labelled as 'Flying Coffin' (Spanish: Ataúd Volante) by Spanish Republican pilots.

In the late 1930's, these aircraft were becoming obsolete so they were withdrawn from reconnaissance and bombing duties and were relegated to French transport units. They were also employed as paratrooper training and transport aircraft.

By September 1939 and the beginning of World War II, they had been largely transferred to the French colonies in North Africa, where they continued to function in transport and paratrooper service.

Their role in even these secondary assignments was problematic given their poor defensive armament and vulnerability to modern enemy fighters. Following the French capitulation to Germany in June 1940, those Potez 540 still flying served the Vichy French Air Force mainly in the French overseas colonies.

Most of these machines were retired or destroyed by late 1943.

Heller was a model company based in Paris, France. I believe they went out of business.

The kit came in a taped-shut tray and lid type box.

The box art shows a Potez 540 flying above the clouds. It is overall khaki with bright aluminum engine nacelles. The only marks visible is the tri-color fin flash.

The kit holds 5 medium-gray tree and a clear tree in a sealed clear cello bag, the decal sheet and instructions.

Parts fit the box very tight in all 4 directions.

The instructions consist of a single-sheet printed on both sides. It is large, at 17" x 13" format.

The face side is all in French. It has the history of the Potez 540, assembly instructions, a part number name list, 2 exploded drawings for assembly purposes and a coupon to mail to Heller with any comments you might have.

The reverse side repeats all of the above in English and German.

There is a 3-view of the only scheme provided. It is overall khaki, with bare aluminum engines. It has a white no. 4 on the rudder and a tri-color flash on the rudder flap. There is a white swan swimming on a dark pool on the sides of the fuselage. White no. X I 33 is under the wings.

The decal sheet has a frosted sheet provided to protect its face from scratching.
Trees are not alphabetized or illustrated in the instructions. However, they do have part number tabs next to the parts on the trees.

​The 3rd medium-gray tree holds: the fuselage top and bottom and elevators (4 parts)

​The 4th medium-gray tree holds: a fuselage side and wing halves (3 parts)

​The 5th medium-gray tree holds: the other fuselage half and wing halves (3 parts)

The decal sheet and a Pactra Paints flyer complete the kit. 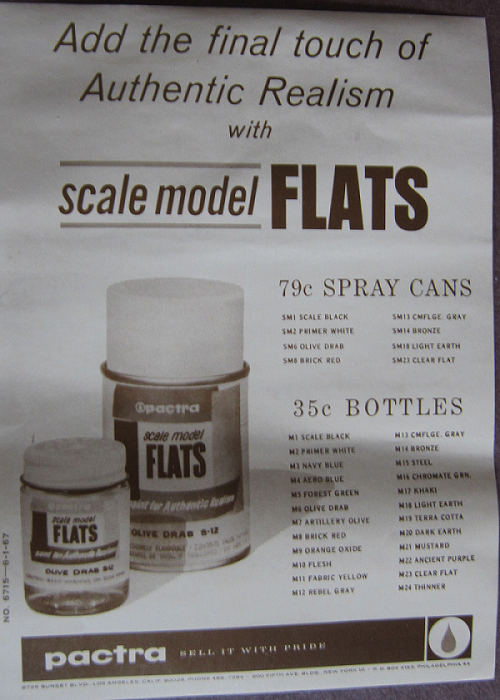 The kit has nice raised rib pattern. Flaps are all molded solid.