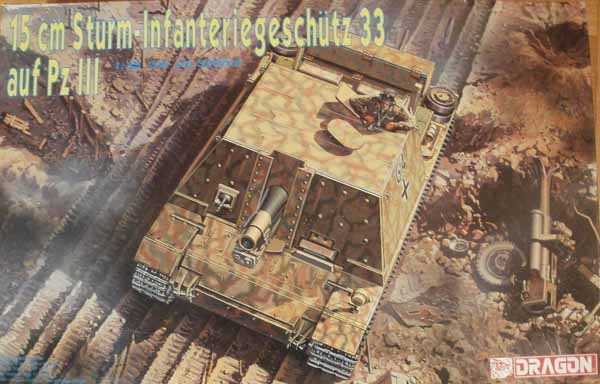 During the course of WWII, the German Army realized the necessity of heavy weapons suitable for street fighting. The artillery with its drawn and unarmored guns could not accomplish this mission. Makeshift solutions were developed using the 15cm siG 33 infantry gun mounted on the chassis of the Pz.Kpfw. I and subsequently the Pz.Kpfw. II.

Although the gun itself proved to be efficient regarding range and impact, such combinations were found dangerously overloaded. In late 1942, during the bloody street fightings in Stalingrad, an assault tank was heavily demanded that could destroy houses and pillboxes. The proven siG 33 gun was then mounted on repaired Pz.Kpfw. III chassis, and enclosed in heavily armored superstructure. In combat in and around Stalingrad, the 15cm siG 33 auf. Pz.Kpfw. III proved to be most efficient.

A total of 24 vehicles were so converted and saw combat also in the southern part of the Eastern Front. The success of the 15cm siG 33 auf. Pz.Kpfw. III lead to the development of the assault tank “Brummbar” and ended with the legendary Sturmtiger

It is nice to get a history like this in a DML Dragon kit. DML semi-seldom, if never includes one usually.

Also, in later years DML has festooned their boxes with black and white illustrations of the kit’s features. This early kit is nude of that.

DML Dragon is a prolific model company based in Hong Kong,

China. They market all manner of model subjects in the popular scales.

The box art shows the vehicle pictured from above and moving down a dirt road past a destroyed cannon and other wreakage. A commander is shown looking out of the top hatch. He is wearing a soft grey peaked field cap and grey shirt. He has a pair of ear phones on. The tank is in a base of dunkle-gelb (earth yellow) with squiggles of dark green. On the sides of the fighting compartment there is a black G4 outlined in white above the German cross.

One corner of the box art says: The kit is unassembled, has 437 parts in it, is for modelers 10 years of age and older, the box contains one model of an armored vehicle.

One side panel has single paragraph histories of the tank in Japanese, French, English, Italian, German and Chinese, marked with the flags of the countries that speak those languages. The kit is for modelers 10 and above is said again and not for children under 3 in multiple languages.

The other side panel has 3 color walk-around type photos of the model made up in the box art scheme, followed by the copyright date of 1995 and DML Dragon’s street address in Hong Kong, China and MADE IN HONG KONG.

The kit contains 5 light grey trees of parts, the single light grey hull tub part, 3 black trees of individual links, a PE fret, the decal sheet, instructions and a sheet with the single marking and painting scheme on it.

The single sheet is 8 ½” x 14 and has a 3-view illustration on it for the box art subject. It is a tank with the StG. Abt. 177, Stalingrad 1942. Gunze Sangyo and Italeri paint colors are suggested.

The instructions consist of a single sheet that accordion folds out into 8 pages in 8 ½” x 14” page format.

Page 1 begins with a black and white repeat of the box art, followed by the history of the tank in English, Italian, Japanese, German, French and Chinese.

Page 2 begins with ATTENTIONS about the kit in the 6 languages, international assembly symbols explanations, a list of Gunze Sangyo and Italeri paint colors and the first 2 assembly steps.

Page 3 through 7 give a grand total of 20 assembly steps.

Page 8 has the parts trees illustrations. Some parts are blued-out in these illustrations as being excess and not needed to complete the model. The copyright date of 1995 is repeated and the decal application instructions are at the bottom of the page. 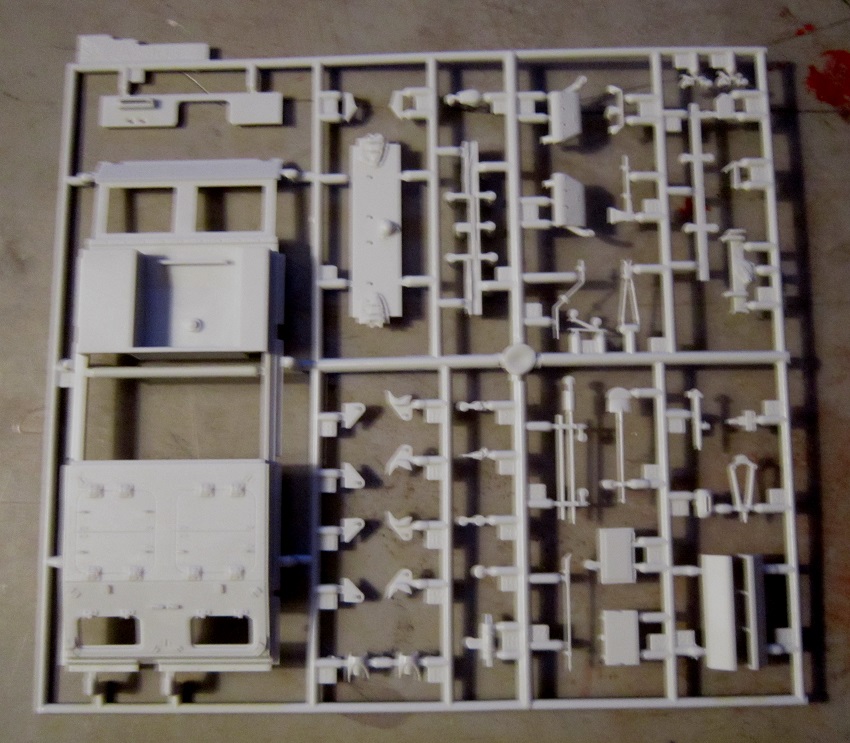 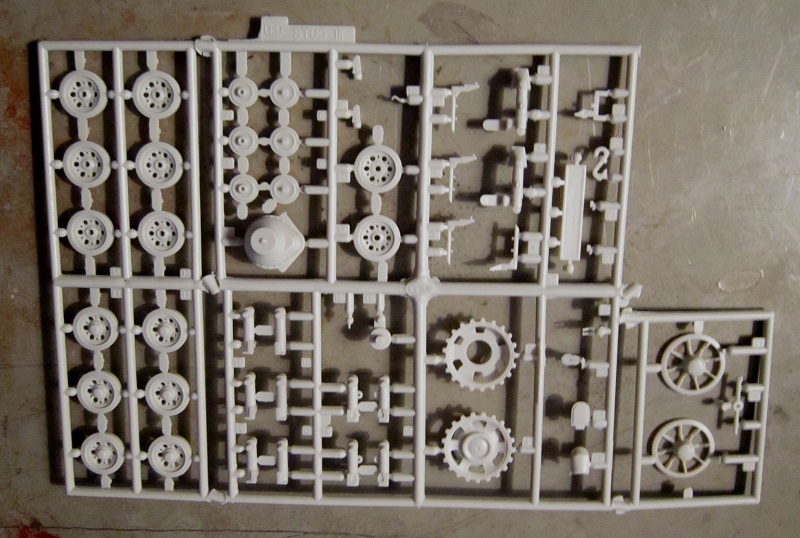 Light grey letter C parts tree holds: the fighting compartment roof and side walls, fenders, hatch doors, main gun parts etc. (52 parts) All the parts on this tree are to be used. 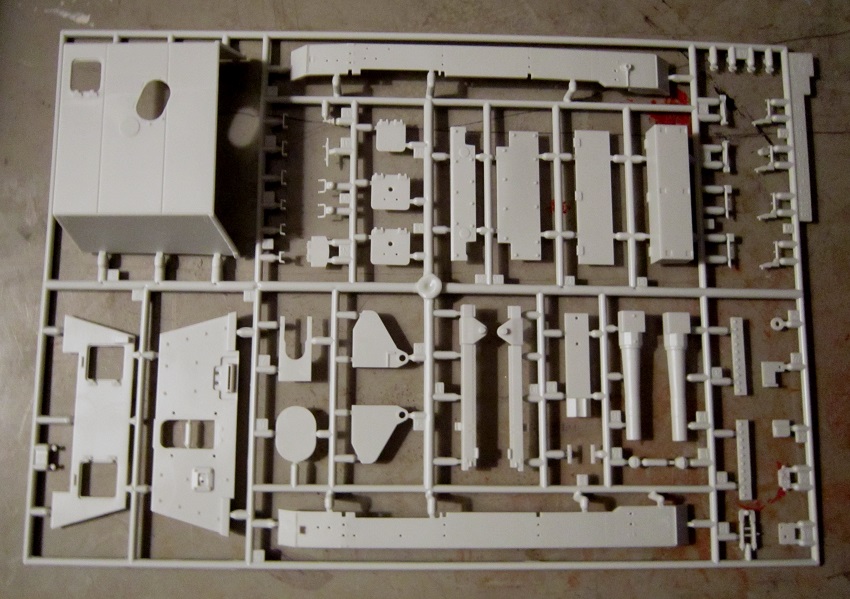 Light grey letter D is the single hull tub part. It is loose in the kit and not in a cello bag. 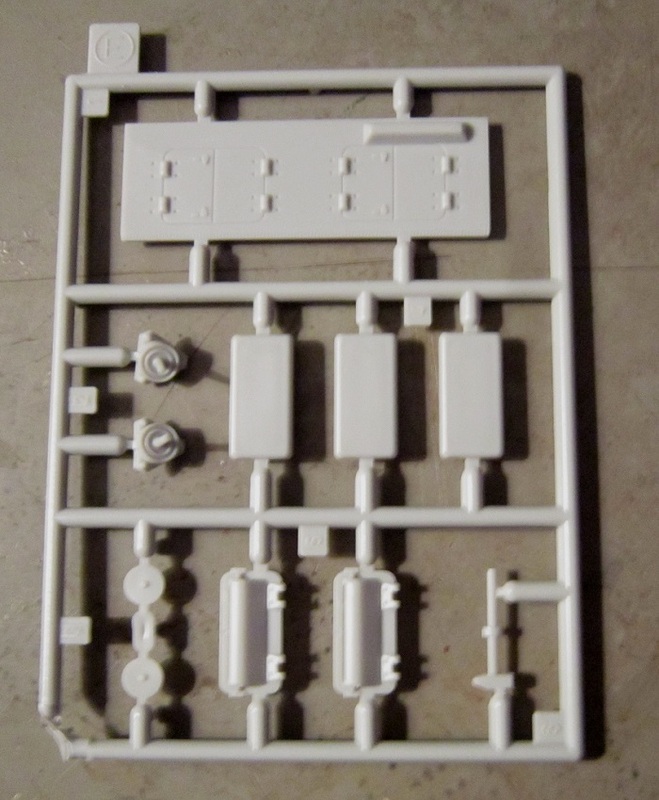 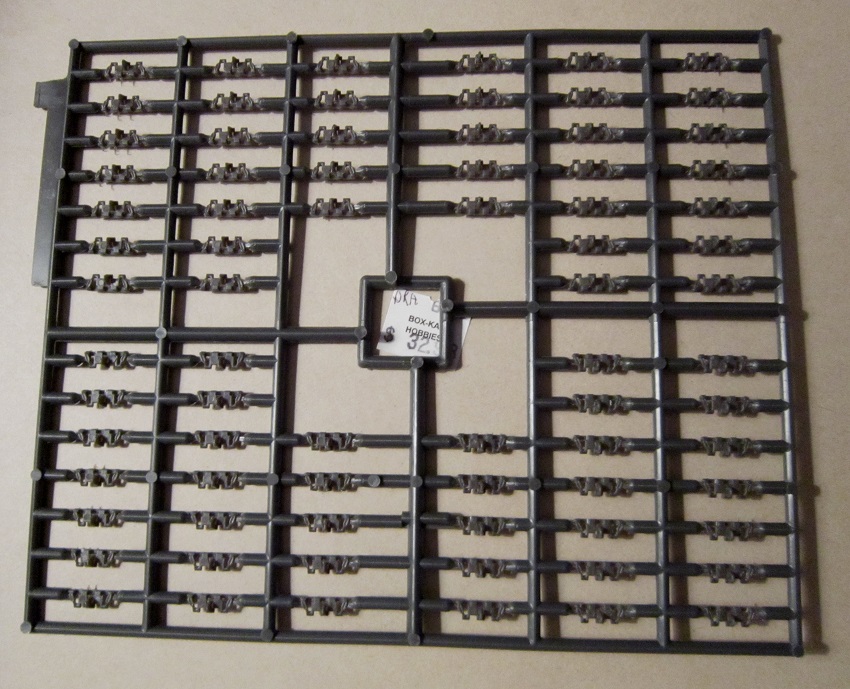 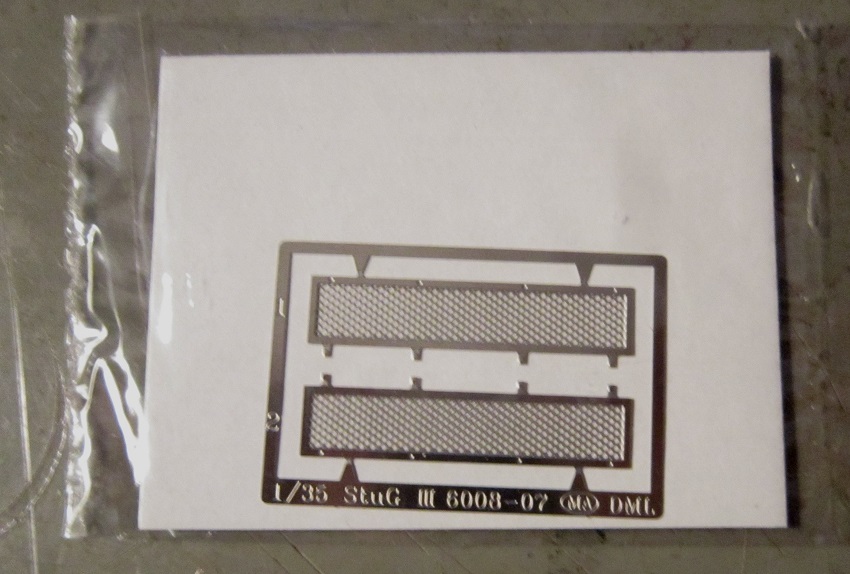 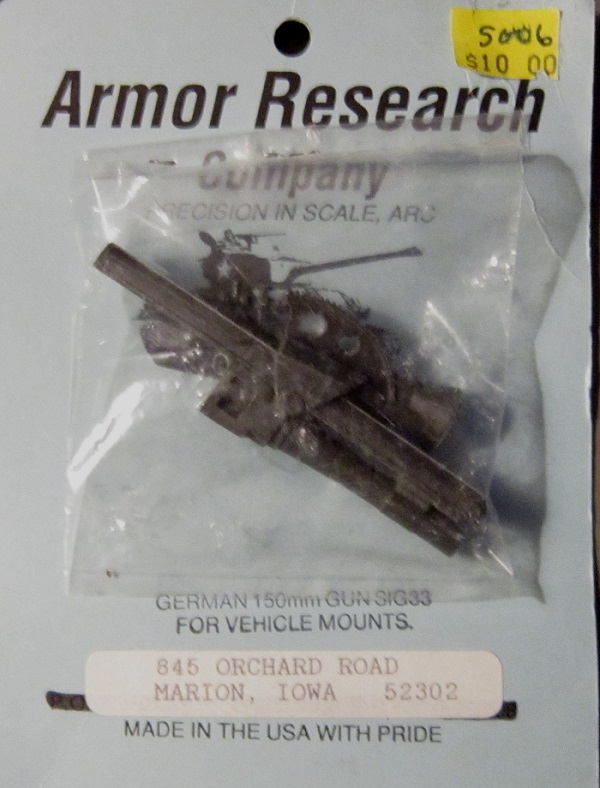 There are no crew figures, clear parts or any interior details in the kit.

I highly recommend the kit to modelers of advanced building skills, due to the complexity of the kit and the parts count.

This kit was courtesy of my wallet years ago.