Probably few other aircraft during the Second World War captured the public's imagination more than the De Havilland Mosquito. Its daring low-level raids against selected targets in enemy-occupied Europe and the success it attained in the night-fighter and anti-shipping roles all added up to one of the outstanding aircraft of the period. The prototype two-seat Mosquito first flew in 1940 to an Air Ministry Specification B.1/40, for an unarmed high-speed bomber-recce aircraft. Further development produced a night fighter version, the NF. II, of which 466 were built. Service entry with the R.A.F. Fighter Command coming in January 1942. The type equipped initially with A.1. Mk. IV radar.

Following the success of of the Mk. II on intruder operations, came the Mk. VI fighter bomber, the most widely used of all Mosquito fighters (2,500 built).In addition to the four 20 mm cannon, and four .303 machine guns in the nose, internal and external bombs could be carried as well as eight wing-mounted rockets. From the beginning of 1944 this version operated with Coatal Command with considerable success against convoys and coastal shipping and with the addition of a 57 mm Molins gun the designation changed to Mk. VIII (27 built). Prior to D-Day, Mosquito's undertook many precision low-level attacks on the continent including one on the jail at Amiens and another on the Gestapo headquarters in Copenhagen. In the Far East, Mk. VI's operated against the Japanese from the beginning of 1944.

Airfix is a old prolific model company based in the UK. They make all manner of model subjects in the popular scales.

This kit came in a tray and lid type box that is not shrink-wrapped. It was held shut with strips of scotch tape.

The box art shows 3 Mosquito's doing a bombing run on some ships.

The lead Mosquito is in a wave pattern of two shades of green over a light grey undercarriage. It carries the fuselage code of red QM(roundel) D and the serial no. PZ488 in black under the elevators.

One side panel asks you to use Airfix brand adhesives and paint, followed by a color box art of a Beaver aircraft (series 3). No kit no. for this is given.

The other side panel has two more box arts of aircraft kits Airfix markets: a Invader (series 5)
and a Phantom (series 4). No kit no. for these two either. The nomenclature of these aircraft could have been more specific and I assume that the 3 of them are to 1/72nd scale.
​WHAT'S IN THE BOX:

The sprue on the trees forms a frame around the parts.

The instructions consist of a single sheet folded in the center to form 4 pages in 10" x 7 1/2" page format, folded again to fit the box.

The 1st page has the history of the Mosquito in English, French and German, over international assembly symbol explanations and SPECIAL INSTRUCTIONS in the 3 languages.

Page 2 and 3 give a grand total of 5 assembly steps.

Page 4 has tree 3-views for marking and schemes.

2. A Mk. XVIII (the box art subject, already described above).

3. A Mk. VI that is overall bare metal with fuselage red code NA (roundel) B and serial no. A52-520 stenciled in red under the elevators. It has a logo of a black bird diving with a bomb on the side of the nose.

These three markings are all on the decal sheet, which has a tissue on its face to protect it from being scratched.

There are no parts trees illustrations on the instructions and the trees are not alphabetized. However, there are part number tabs next to the parts on the trees.
​The 1st blue-grey parts tree holds: the main wheels, a nose cone, exhaust pipes, bombs, gun compartment panels, landing gear bay doors etc. (27 parts) 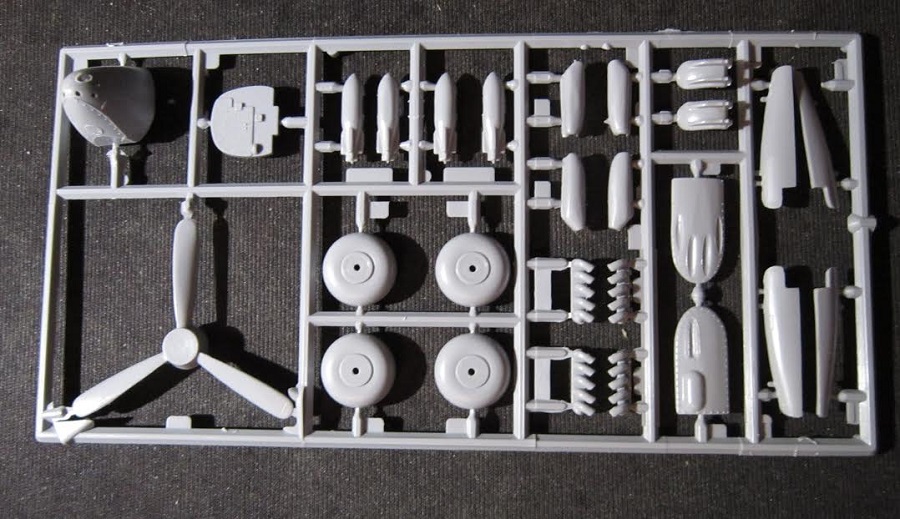 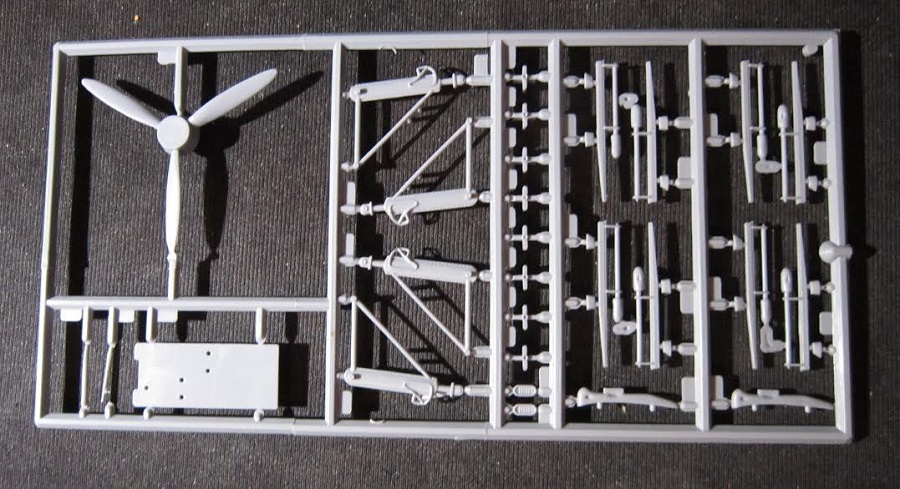 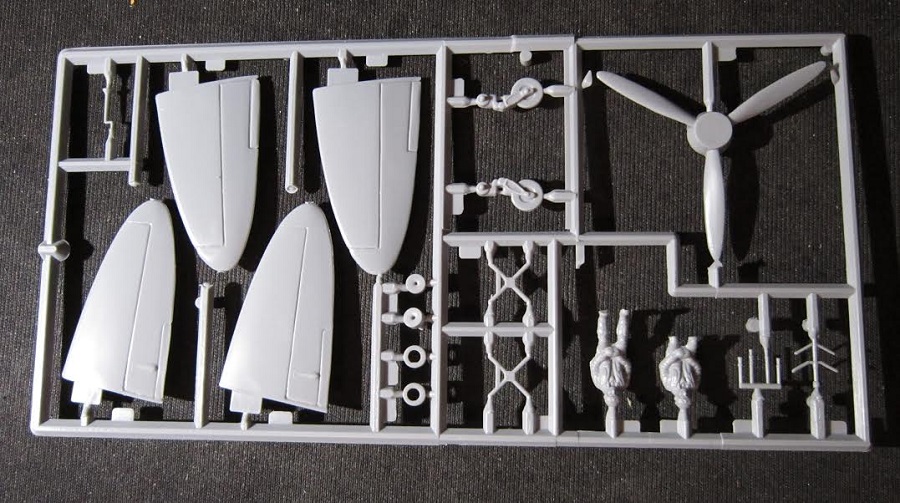 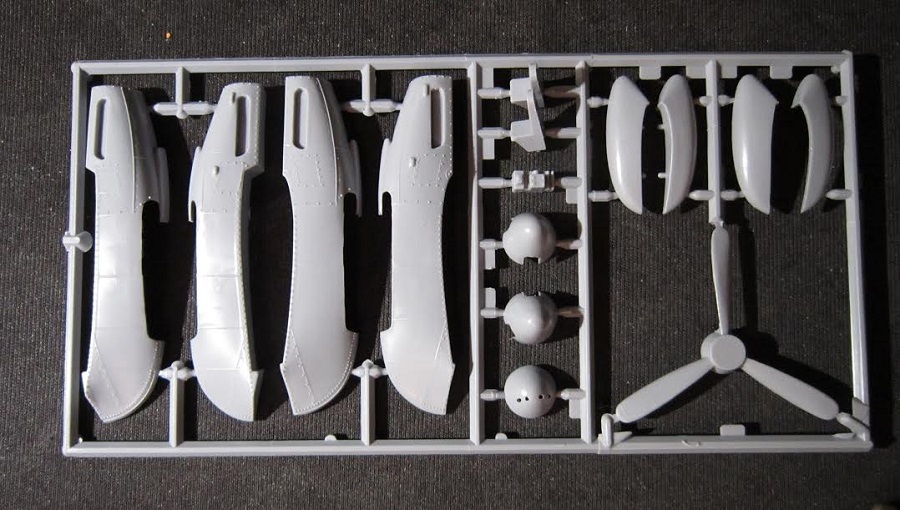 ​Next is the blue-grey fuselage and wing halves. 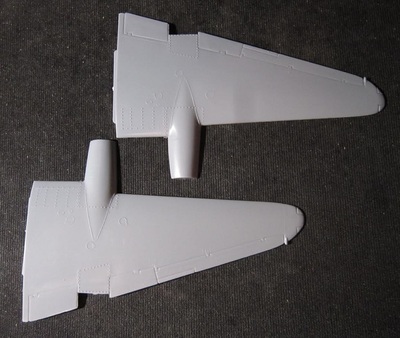 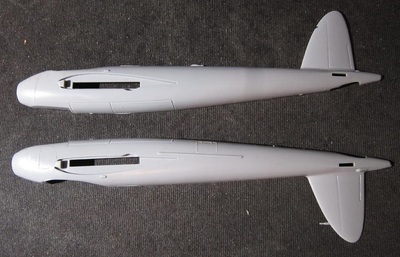 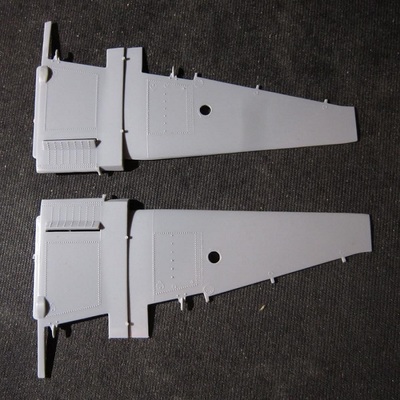 ​
The first clear part is the cockpit canopy. 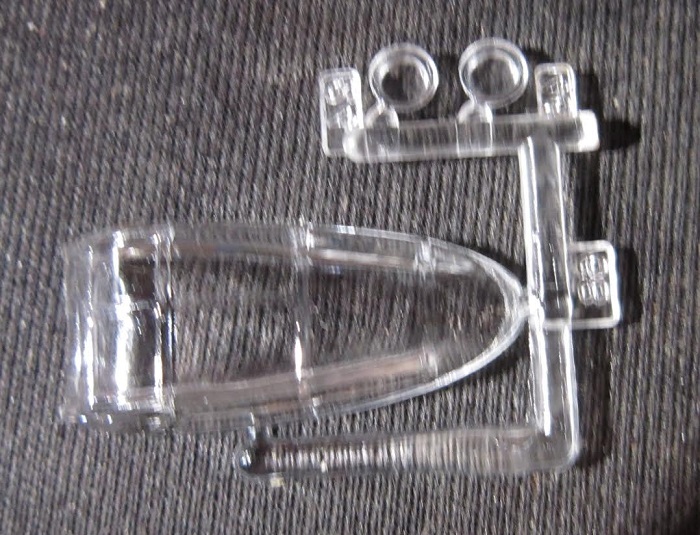 The second clear tree holds the 2 parts of the display stand. 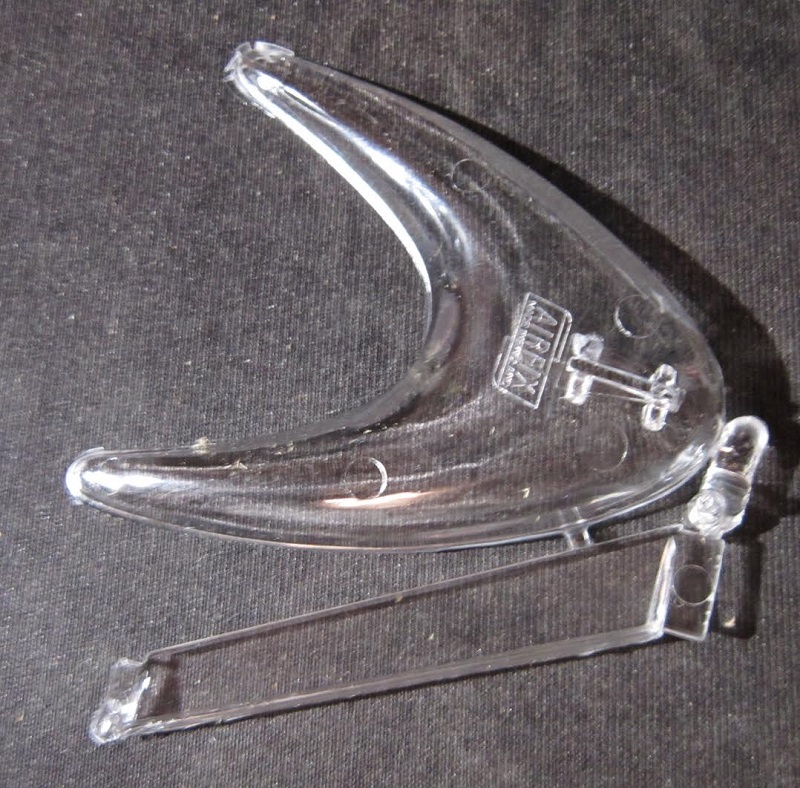 ​The decal sheet and the customer service coupon complete the kits contents. 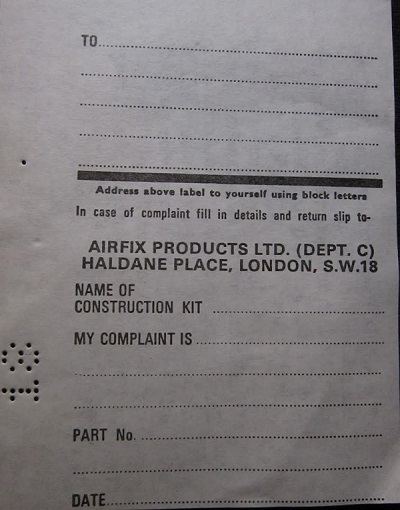 ​Panel lines are all of the raised variant.

I like the frame-like sprue around the parts trees.

This is one neat older kit of the Mosquito with a good choice of variants provided.

​I purchased my kit for a song back in the 70's. Today it would sell for a whole lot more....if you could find a kit that is.