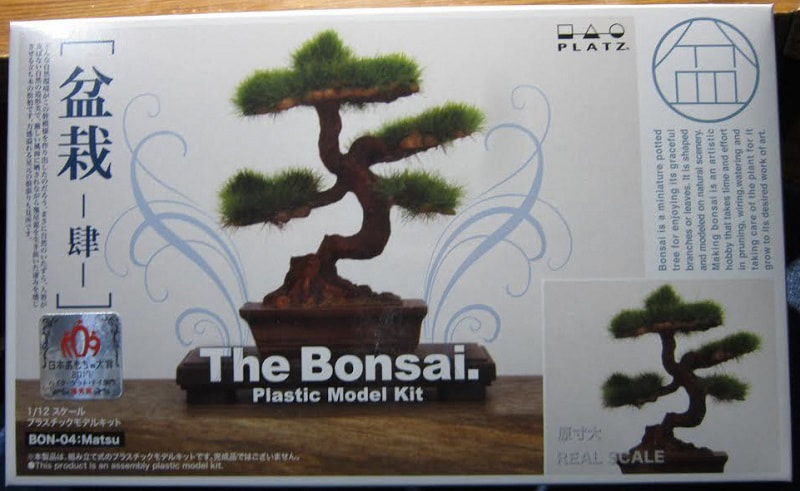 No. Bon-04: Matsu
By Ray Mehlberger

MSRP: 1,620 yen or $ 14.19
​Bonsai (盆栽, "tray planting" About this sound pronunciation (help·info))[1] is a Japanese art form using trees grown in containers. Similar practices exist in other cultures, including the Chinese tradition of penzai or penjing from which the art originated, and the miniature living landscapes of Vietnamese hòn non bộ. The Japanese tradition dates back over a thousand years.

"Bonsai" is a Japanese pronunciation of the earlier Chinese term penzai. The word bonsai is often used in English as an umbrella term for all miniature trees in containers or pots.

The purposes of bonsai are primarily contemplation for the viewer, and the pleasant exercise of effort and ingenuity for the grower.[2] By contrast with other plant cultivation practices, bonsai is not intended for production of food or for medicine. Instead, bonsai practice focuses on long-term cultivation and shaping of one or more small trees growing in a container.

A bonsai is created beginning with a specimen of source material. This may be a cutting, seedling, or small tree of a species suitable for bonsai development. Bonsai can be created from nearly any perennial woody-stemmed tree or shrub species[3] that produces true branches and can be cultivated to remain small through pot confinement with crown and root pruning. Some species are popular as bonsai material because they have characteristics, such as small leaves or needles, that make them appropriate for the compact visual scope of bonsai.

The source specimen is shaped to be relatively small and to meet the aesthetic standards of bonsai. When the candidate bonsai nears its planned final size it is planted in a display pot, usually one designed for bonsai display in one of a few accepted shapes and proportions. From that point forward, its growth is restricted by the pot environment. Throughout the year, the bonsai is shaped to limit growth, redistribute foliar vigor to areas requiring further development, and meet the artist's detailed design.

The practice of bonsai is sometimes confused with dwarfing, but dwarfing generally refers to research, discovery, or creation of plant cultivars that are permanent, genetic miniatures of existing species. Bonsai does not require genetically dwarfed trees, but rather depends on growing small trees from regular stock and seeds. Bonsai uses cultivation techniques like pruning, root reduction, potting, defoliation, and grafting to produce small trees that mimic the shape and style of mature, full-size trees.
​THE KIT:

The box art shows a bonsai tree in a pot. It is kind of bent like a letter "S". A small photo shows just how big the kit makes up to be.

It says that bonsai is a miniature potted tree for enjoying its graceful branches or leaves. It is shaped and modeled on natural scenery. Making bonsai is an artistic hobby that takes time and effort in pruning, wiring, watering and taking care of the plant for it to grow to its desired work of art.

One side panel of the box has 3 color photos of other bonsai tree variants that Platz makes made up, followed by a list of features of the kit in Japanese, English and French: "This is a plastic unassembled scale model kit. Glue and paint are not included. Some parts are extremely sharp, handle carefully. Do not use near fire while using glue and/or paint. Suitable for age 15 and above".

​
The other side panel has a illustration of the kit parts, followed by 3 color photos of the tree being assembled and Platz Co. Ltd's. street address in Shizuoka City, Japan and their telephone and FAX numbers. 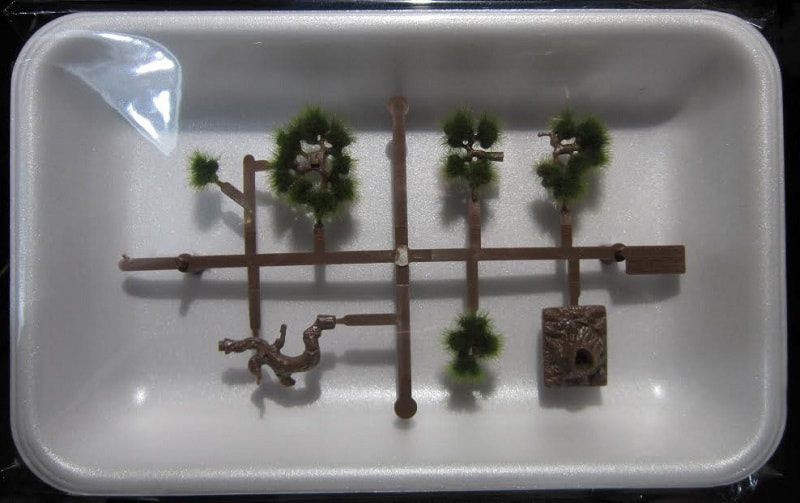 ​The lone part is the display base. 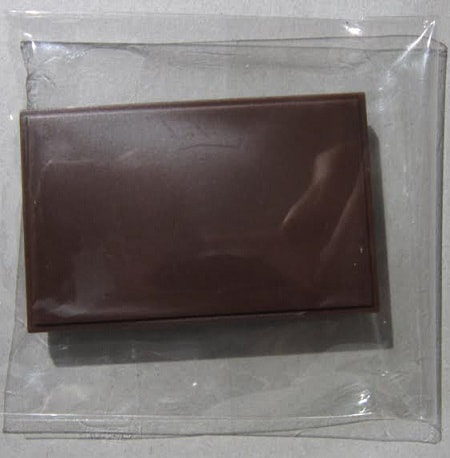 It consists of a single sheet that is printed on both sides in color on slick-coated paper, folded twice to fit the box.

The face side is the assembly instructions with several exploded drawings. Text is all in Japanese. The parts illustrations are at the top.

At the bottom of the page there are 3 box arts of other versions of bonsai trees.

The reverse side of the sheet lists types of bonsai trees and shows black and white illustrations of other bonsai tree kits that Platz makes. Text is in Japanese and English here.

Like the first Bonsai tree reviewed on this site this is a nice kit. However, I don't know how much interest it will have from U.S. modelers. It is basically aimed at Japanese modelers.

I want to sincerely thank the folks at Platz for this sample.

Their products can be viewed at:
http://platz-hobby.com/