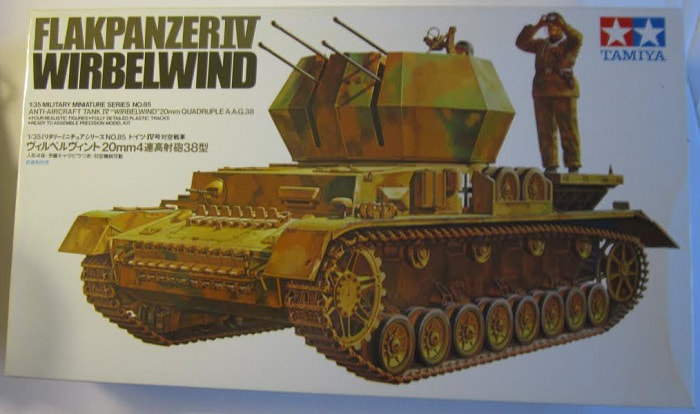 While the German Army had made plans for the formation of armoured divisions in the 1930's, they, in common with most powers of the time, overlooked the effect that air power would have on ground fighting.

The armoured (panzer) divisions proved highly successful in the opening of WWII and the Wehrmacht demonstrated how aircraft could be used for support of armour in the Polish campaign of September 1939 and the French campaign of May-June 1940.

Such aircraft as the Junkers 87 (Stuka), Junkers 88, and Me-109, were used to ravage the enemy forces just ahead of the attacking panzers. The Allies quickly adopted similar but even more ferocious close-support tactics as the war progressed, and aircraft like the IL-2 Stormovik, the Typhoon, the Thunderbolt became the scourge of the Wehrmacht and played a considerable part of ensuring the Allied advance into Germany in 1944-45.

At one time in the Normandy campaign, more German heavy tanks were knocked out by rocket-firing Typhoons and Thunderbolts than by Allied tanks or with anti-tank guns.

Even in 1939, the Germans had made some provision, for including anti-aircraft units in divisional establishments, but these were towed for the most part. It soon became apparent that anti-aircraft defence was inadequate and to give more mobility and firepower self-propelled equipment was quickly developed.

Priority was given to furnishing assault guns and tank destroyers to the armoured divisions, and the development of full-tracked AA tanks did not take place until 1942-43, the first vehicles of this type entering service in 1943. The Flakpanzer 38(t) tank, was first in service. This was followed by more vehicles adapted from the current model of the Pz.Kpfw. IV tank.

One version, known as the Mobelwagen, mounted either the 2 cm Flakvierling 38 or the 3.7 cm Flak 43, on the Panzer IV chassis with superstructure sides which dropped to give a roomy, but unprotected gun platform for the crew.

The counterparts for use within the armoured divisions were the Ostwind (Eastwind) with a single 3.7 cm Flak 43, and the Wirbelwind (Whirlwind) with the 2 cm Flak 38 in a fully armoured  traversing mount which replaced the turret with 16 mm armour.

The firm of Ostabau built 346 Wirbelwinds starting in December 1943, using the otherwise standard Pz.Kpfw. IV Ausf. J chassis. This Flakpanzer weighed 22 tons and had a crew of five (driver, commander, and 3 gun operators). The four 2 cm guns in an integrated mount fired at 80 rounds per minute. Power traverse was from that provided for the turret. The Wirbelwind was the numerous and successful of the Flakpanzer IV variants.
THE KIT:

Tamiya is a old prolific model company based in Shizuoka City, Japan. They make all manner of model subjects in the popular scales.

The box art shows a Wirbelwind posed against one of Tamiya's SIGNATURE all white back ground, that they use for the majority of their kit box arts.

The tank is overall earth yellow with faded bands of green. It carries no markings. The commander is standing on the rear engine deck and is looking through a pair of binoculars. He wears a camouflaged unitform that is reversable to white. He has an officers hat on his head and a pistol holster on his belt.

The head of a crewman can be seen looking through the gun sight of the guns. He wears a steel helmet.

On side panel has a small color repeat of the box art, minus the officer figure, followed by the history of the tank in Japanese and Tamiya's street address in Shizuoka City, Japan.

The other side panel has color box arts of 5 other AFV kits that Tamiya manufactures. These all show scenic backgrounds which is not the norm for Tamiya box arts.

Included are: a Pz.Kpfw. IV Ausf. H, a Sturmgeschuetz III Ausf. G, a Tiger I, a King Tiger and a Jagpanther.

The instructions consist of a single sheet that is accordion-folded into 8 pages in 8 1/2" x 11" page format.

Page 1 has "Read before you begin" instructions, a black and white photo of the rear of a real Pz.Kpfw. IV at the Aberdeen Tank Museum in Maryland and the first 3 assembly steps.

Pages 3 through 7 give a grand total of 16 assembly steps.

Step 14 is for assembly of the figures.

Page 8 is the decal application instructions and a 4-view for the box art scheme, and choices of 4 division markings.

Part trees are alphabetized and have number tabs next to the parts on the trees, but there are no parts trees illustrations in the instructions. 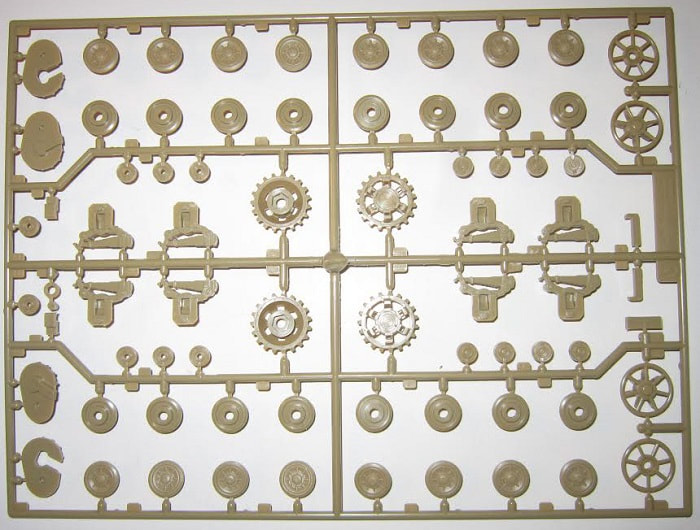 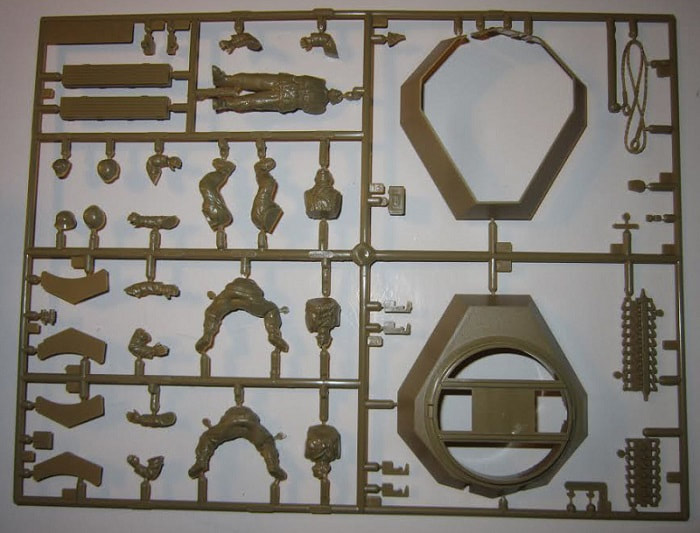 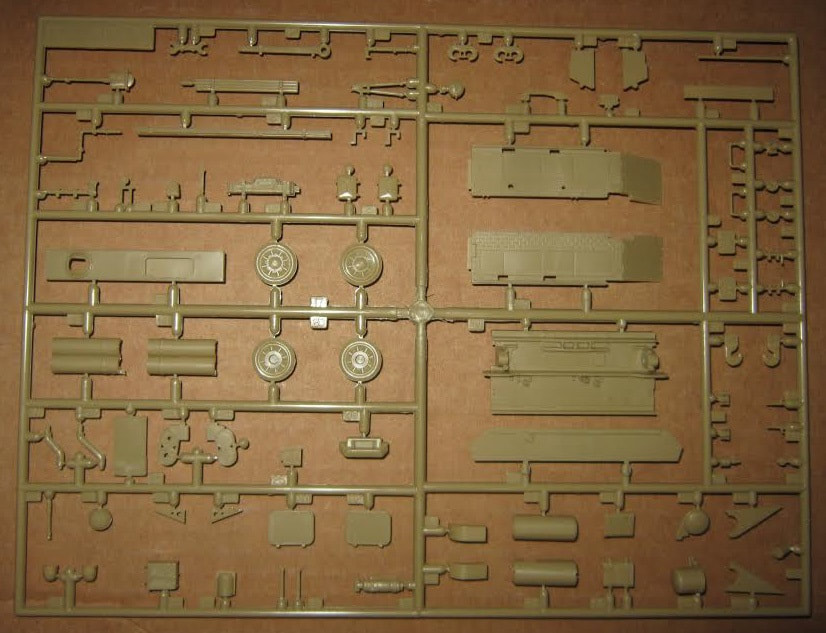 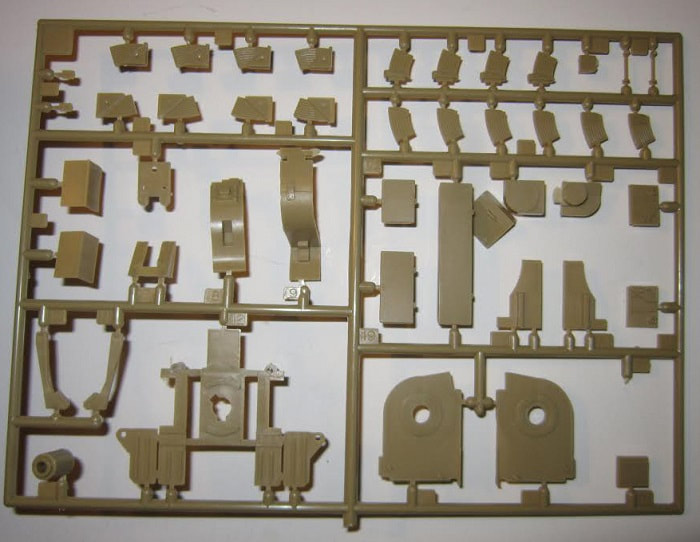 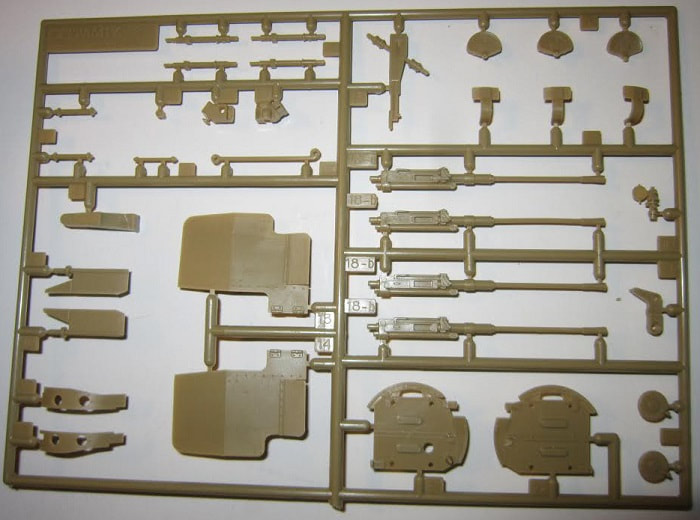 The hull tub has motorization holes in the bottom. This is because this tub is common with their kit of a motorized one. The holes will have to be puttied up. 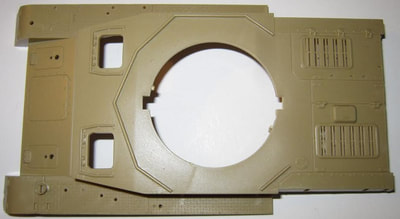 ​Next is two long runs of black vinyl treads. These are the type that have to be heat welded together and not the glueable newer type. 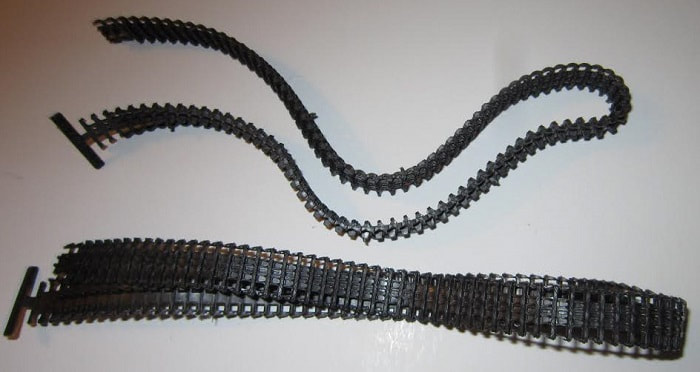 ​There are 2 trees of black vinyl poly-caps. The larger one of the two holds 18 caps and the smaller on holds 5. 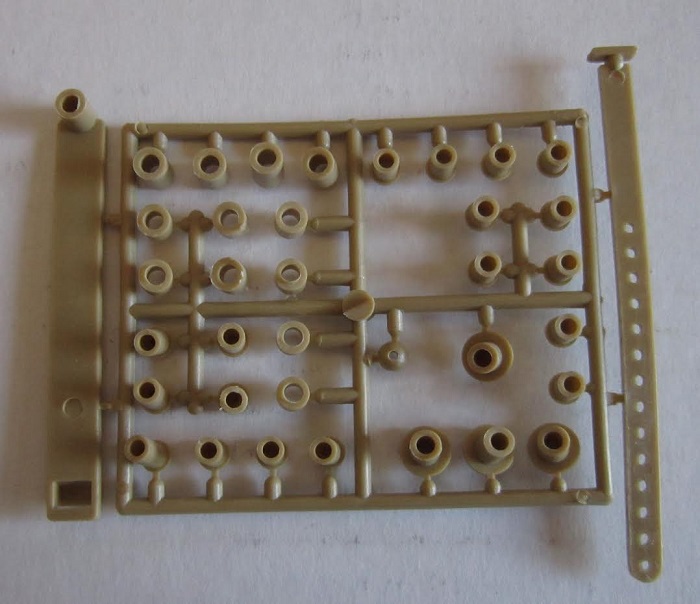 ​The decal and instructions complete the kits contents. 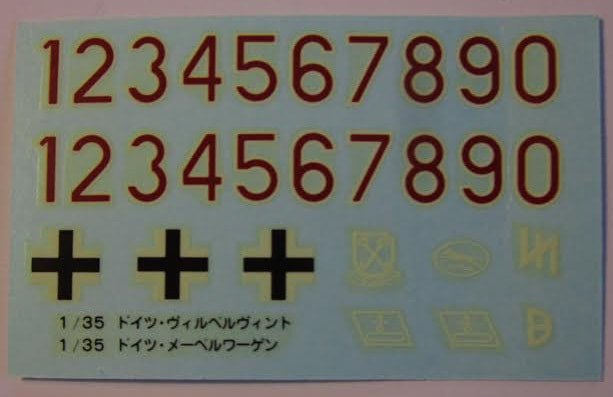 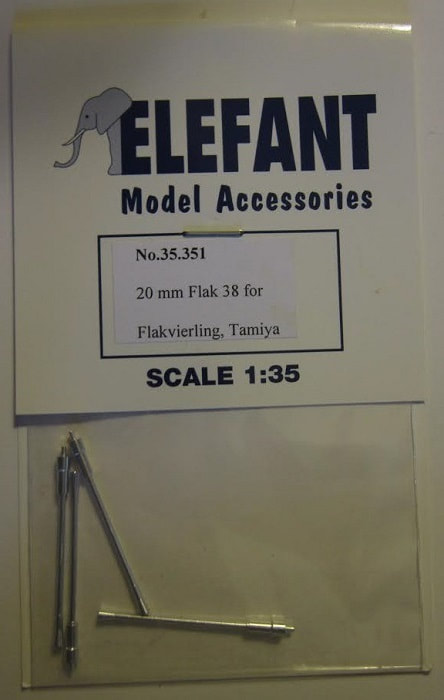 ​This is a neat kit and highly recommended.