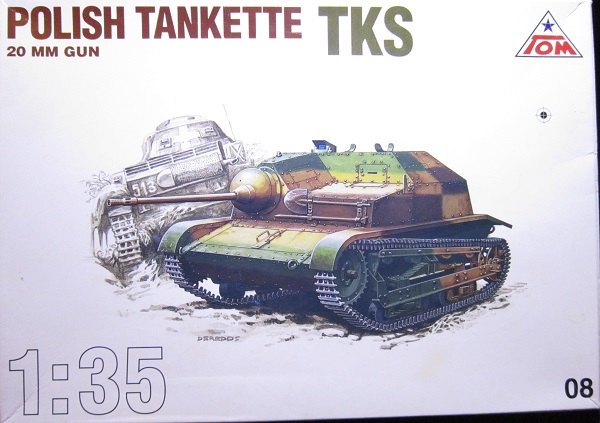 Tom Modellbau is based in Germany,. Their kits are molded in Poland.

In 1939 the Polish Defence Ministry bought 10 British Carden-Lloyd Mk V1’s to test. From the experience gleaned from extensive tests on these vehicles a new series of vehicles developed in the form of prototypes, the TK-1 and the TK-2 in 1930. Basically this development work was carried out by Marczewski and incorporated Lloyd running-gear and a modified fighting compartment.

The TK-2 emerged in 1931 as a result of further modifications and improvements. The fighting compartment was closed completely culminating in the finished prototype for the series production of the TK-3. The total number of TK-3’s built is believed to be about 300. All were powered by a 4-cylinder Ford (40 PS) engines. These engines had to be specially imported into Poland.

Later an additional 18 vehicles were built and fitted with 6-cylinder (46 PS) 122B Fiat engines. These engines were manufactured in Licence, Poland under Licence know as the PZ inz.367. This was the final configuration for the TKS with series production starting in 1934. Two final production versions went into operational service, both types having approximately 250 examples of each manufactured

Operational armament consisted of either a 7.92 mm machine gun Hotchkiss W.25 mounted beside the driver, or a  20 mm cannon FK-A wz.38 of Polish origin. Various attempts were made to upgrade the armament using a 47 mm wz.25 and a 37 mm cannon. These experimental types became known as TKD’s and never reached series production. However, the basic chassis of the tankette TK-3/TKS formed the basis of a towing tractor for the artillery. This was the C2P and it was used extensively to tow the 40 mm Flak Bofors Gun.

At the outbreak of the Second World War, 574 TK-3/TKS’s in all versions were in operation. They mainly served along side armor and cavalry units for reconnaissance and infantry support roles. Following the fall of Poland, the Wehrmacht used a number of TK-3/TKS’s in various roles until 1944. It is believed that a few TK-3/TKS’s were delivered to Hungary in 1939 shortly before the beginning of hostilities.

This kit comes in a small shrink-wrapped tray and lid type box.

The box art shows a TKS passing a knocked-out German Pz.Kpfw. I. This Pz.Kpfw. I has an all white German cross on the back of the turret. This style and an all yellow type were used during the invasion of Poland and changed shortly afterwards. There is a white number 513 on the right side of the rear of the German tank.

The TKS is in a base of tan with red-brown and dark green square patterns over it for camouflage. No markings appear on it. The scene is posed against an all-white background, similar to how Tamiya also does their box arts.

Both side panels have small color repeats of the box art, MADE IN GERMANY and MOULDED IN POLAND, symbols indicating the kit is for modelers over 7 years of age, Tom Modellbau’s address in Neubrandenburg, Germany and their telephone and FAX numbers.


This kit contains 4 chalk-white trees of parts and the instructions.

There are no decals in the kit (reason for this explained later) Also, no crew figures or any interior detail. So, the separate hatch doors should be glued shut.

The instructions consist of a single sheet, printed on both sides and folded in the middle to fit the box. The sheet is 8 ½” x 12” format.

The face side of the instructions begins with a small black and white repeat of the box art, followed by the history of the TKS in Polish and English.

Below this is information about color schemes and markings:

“A three tone color scheme of olive-green, dark yellow and red-brown sprayed over the entire vehicles in wavy bands. Normally, no numbers or signs were carried on the vehicles in action. However, during manouveres a white board in the form of a circle, triangle or square would be fixed to the vehicle’s sides. Upon this, additional circles, triangles and squares would be painted in various colors to enable the identification of each company or unit.”

The other side of the instructions has parts trees illustrations on the left side and 9 assembly steps across the rest of the page. The assembly steps are called out in Roman numerals. Trees are not alphabetized and have no part number tabs next to the parts. This means very careful study of the parts trees illustrations to get the correct parts for each assembly. Bad move Tom Modellbau! 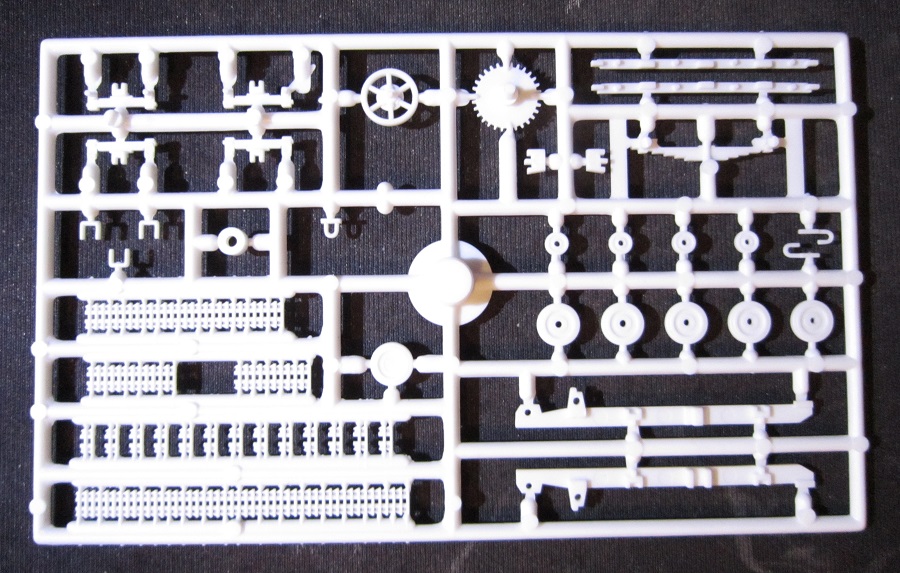 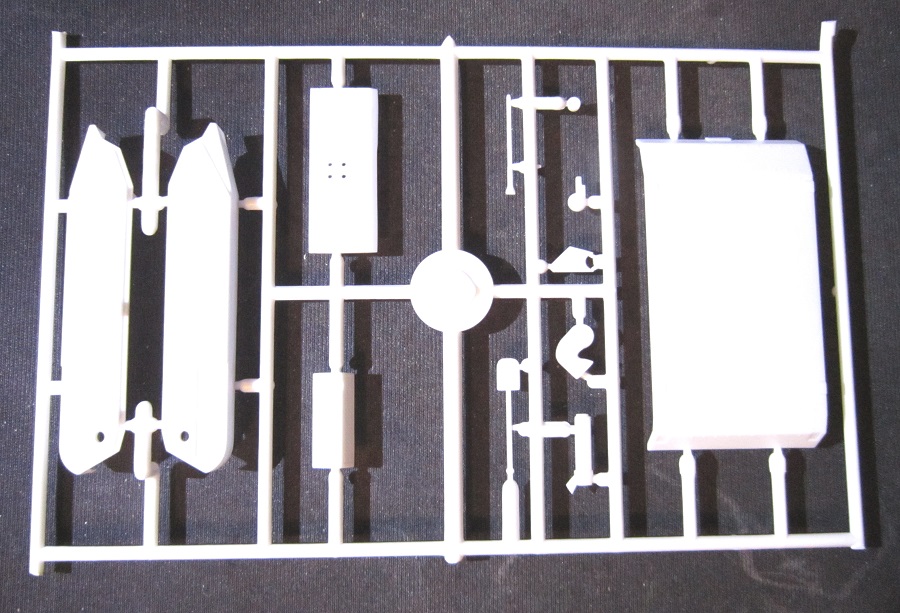 This is a nice little kit. Years ago I built another variant of the TKS that included a German “Pupchin” gun to haul behind it, showing it as a captured tank used by the Wehrmacht. That kit was by RPM brand and there have been several kits released in the past of variants.

I highly recommend this kit if you can find one someplace. I am not sure if it is out of production or not.