No kit number
By Ray Mehlberger

The Bereznyak-Isayev BI-1 was a Soviet short-range rocket powered interceptor developed during the Second World War.

His interest in stratospheric flight was also shared by Marshal Mikhail Tukhachevsky who supported this early work.

After a long series of unmanned tests of vehicles, Korolev's RP-318-1 rocket aircraft flew on 28 Feb 1940. That Spring, TsAGI (ЦАГИ –( Central Aerohydrodynamic Institute) hosted a conference for aircraft chief designers on the subject of ramjet and rocket propulsion.

On 12 July the SNK (Sovet Narodnykh Komissarov – council of people's commissars) called for the development of a high-speed stratospheric aircraft.
Aircraft designer and head of OKB-293, Viktor Fedorovich Bolkhovitinov attended the TsAGI conference along with two of his top engineers, A. Ya. Bereznyak and A. M. Isaev.

The young Bereznyak had made an impression in 1938 with a high-speed airplane design that some thought could break the world speed record.
Bereznyak and Isaev were excited by the idea of designing a rocket-powered aircraft, and their "patron" Bolkhovitinov approved.

By the Autumn of 1940, they were able to show fellow engineer Boris Chertok a preliminary design of "Project G".

The design, made up mostly from plywood and duralumin had a take-off weight of 1,500 kg (3,300 lb), and they planned to use the new 13.734 kN (3,088 lbf) rocket engine under development in the RNII (Raketnyy Nauchno-Issledovatel'skiy Institut – reaction engine scientific research institute).
Chertok was astounded that the aircraft could almost climb vertically.
Bereznyak, Isaev and Chertok visited RNII in March 1941, but the new rocket engine was not working yet.

The "A" stood for Nitric Acid ("Azotnokislotny" in Russian), versus K for Liquid Oxygen ("Kisloroda" in Russian), a distinction of unusual importance and controversy among Soviet rocket scientists.

Dushkin's turbine propellant pump was causing considerable problems, driven by hot gas and steam from a small combustion chamber fed with rocket propellants mixed with water, but this system was perfected a few years later for the RD-2M engine.

The D-1-A-1100 was built from S54 steel (a 12% chromium alloy). At this point in time, Russian rocket engines were built with typical aviation piston-engine manufacturing technology, weighing 48 kg (106 lb), it could be broken down into discrete forged-steel sections – a conical head with 60 centrifugal injectors, the cylindrical chamber, and the nozzle – joined with bolts and copper gaskets.
It was ignited with a nichrome glow plug, later replaced with silicon-carbide and was cooled regeneratively by both propellants, the chamber walls by a spiral flow of incoming fuel (kerosene) and the nozzle section by the flow of oxidizer (Nitric Acid).

This is a kit from an unknown company in Russia. I assume this because all the text is cyrillic.

The kit comes in a cello bag that is held shut by a cardboard header card that staples the bag shut.

This car has a cover art of a black and white illustration of the BI-1 posed against a light blue background.

The back of the card serves as the marking and painting guide. I got this kit in trade with a fellow modeler in Poland. He interpreted the colors as medium green over light blue under-carriage.

The only marks shown are the Soviet red stars above the wings and on the fuselage sides.

The reverse side of the header card serves as the assembly instructions, with one lone exploded line drawing.
​WHAT'S IN THE BAG:

The bag holds one dark-green tree and a clear cockpit canopy.

The canopy has broken out of the surrounding ring it was cast into the center of.

Unfortunately, there is no decal sheet. However, I have aftermarket sheets of Soviet red stars, so no big problem. 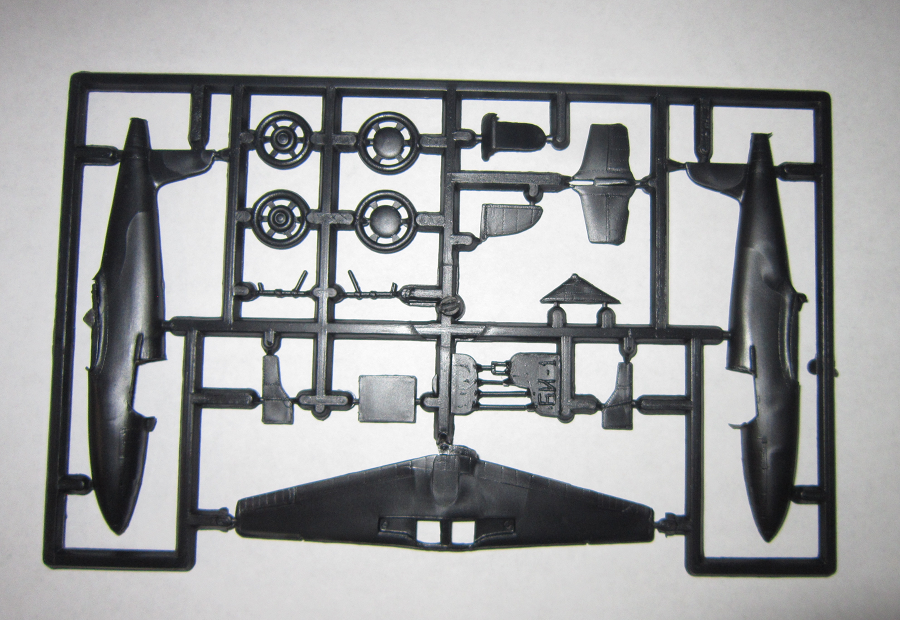 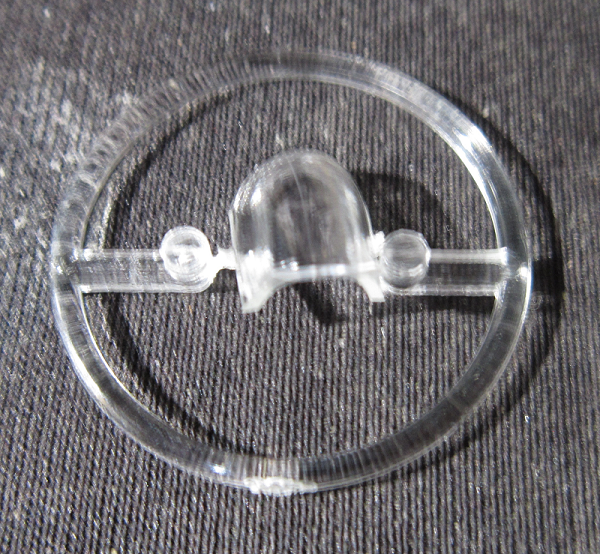 ​There are no panel lines. Only the wing and elevator flaps are etched in. Pretty naked cockpit interior.

However, it will probably make up into a decent kit with work.
​Recommended.