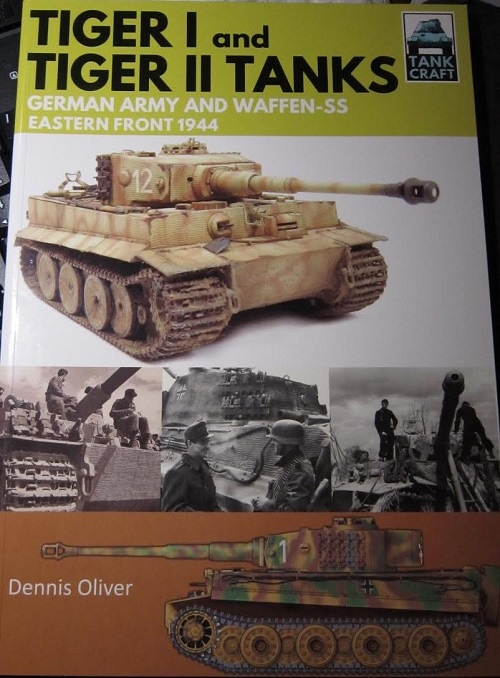 MSRP: $19.95
​In spite of the relatively small numbers produced, the Tiger I and Tiger II tanks were arguably the most famous armoured fighting vehicles of the Second World War.

This book, first in the TankCraft Series, uses archive photos and extensively researched color illustrations to examine the tanks and units of the German Army and Waffen-SS heavy panzer battalions that attempted to hold back the Red Army during 1944.

A large part of the book showcases available model kits and after-market products, complemented by a gallery of beautifully constructed and painted models in various scales.

Technical details as well as modifications introduced during production and in the field are also examined providing everything the modeler needs to recreate representation of the tanks that fought from the snow covered fields of Byelorussia and the Ukraine, through the Baltic States and into Poland and Hungary.

Dennis Oliver, is the author of over 20 books on the Second World War armoured vehicles, including Codename Swallow, British Sherman Tanks at Alamen, To the Last Bullet, Germany's War on 3 Fronts, Westwall, German Armour in the West 1945, Viking Summer and A Sound Like Thunder books.

At the top is a Tamiya 1/35th scale Tiger I built and painted by Dennis Wong in the markings of 1 Kompanie, Schwere-Panzer-Abteilung 506.

At the bottom is a color profile of a Tiger I Ausf. E.

There are 57 black and white wartime photos included in the book. a chart of a Tiger unit makeup, a map and 9 data charts, black and white illustrations of 3 Panzer Assault Badges.
The color profiles are:

In the section showing made up models:

In the section showing Tiger I and Tiger II kits available:

Images of War, Hitler's Panzers
Tiger I & Tiger II (but with a different cover art)
Armoured Warfare on the Eastern front
Hitler's Defeat on the Eastern Front
Sherman Tanks

This is one neat book. Lots of color schemes to please modelers and info about available kits.

I want to thank the folks at Casemate who sent me this sample.

A full listing of Pen & Sword Ltd. books can be found on the Casemate site at:
www.casematepublishing.com