In Box Review of Revell of Germany 1/72nd Scale

Revell is an old model company with offices in both the USA and Germany. They are associated with Monogam and make all manner of model subjects in the popular scales.

After the U.S. Pacific Fleet had become seriously weakened at Pearl Harbor, at the beginning of the war in the Pacific, much of the responsibility in the battle against the Japanese expeditionary forces rested on the shoulders of the American submarines.

The submarines of the Gato-Class were large fleet submarines that had been specially developed for use in the wide expanses of the Pacific Ocean. Due to their size and equipment, they could remain in non-stop service for 75 days.

Between 1940 and 1944, 77 Gato’s were built at four different shipyards. Together with the Balao and the Trench Class they formed the backbone of the U.S. submarine fleet. Most of these submarines went to the Pacific, but a few were also used in the Atlantic.

These submarines were extremely successful. Not only did they sink a large number of irreplaceable frieghters and tankers, but they also decimated the Japanese Imperial Naval Fleet. The most grievous losses were the aircraft carriers Shukaku, Taiyo, Unyo and Taiho.

These submarines were continuously in service and after each operation against the enemy they were not merely overhauled, but were completely refitted to meet the latest requirements, which meant that they bore little resemblance to each other. Six of these Gato-Class submarines can still be seen as museum vessels today.

This kit comes in an absolutely HUGE box. It is a whopping 37” long, by 10” wide and 5 ½” deep. It is not shrink-wrapped, but held shut at the ends with round circles of scotch tape

The box art shows a Gato submerged and being depth charged.

One side panel has another full color slightly different illustration of a Gato also submerged and being depth charged. Next to that is the history of the Gato in 4 languages including English. This is followed by the history of the Gato in 4 languages, including English,  information about the kit in the 4 languages: An unassembled plastic model kit, Paint and cement (not included) are needed to complete the model as shown, 1/72nd scale length of 1320 cm or 53” (this puppy is going to be a real SHELF-EATER once its built), Pictorial multilingual instruction sheet provides precise instructions, Kit suitable for ages 13 to adult. This is said in German, English, French, Dutch, Swedish, Italian and Spanish. It is followed by Revell of Germany’s web address. It says this kit was molded in China and printing was done in Poland. Revell’s address in Germany is provided. The copyright of the kit is 2006.

The other side panel begins with a a list of colors suggested to use to complete the model: anthracite grey, grey, gunship grey, aluminum and black. Other colors are mentioned in the instructions and use Revell polystyrene cement is said in multiple languages including English. This is followed by a listing of features of the kit:

Next to this is 8 color walk-around type photos of the model made up.

The kit contains 20 grey parts trees in 9 sealed cello bags. Some of these trees appear to actually be multiple trees co-joined together. Taking that into consideration, it raises the tree count to 27. There is a clear tree in a cello bag that is further cello bagged together with a grey tree, a length of black string and 2 metal rods (that I think are the propeller shafts??) and some staples.The decal sheet, a sheet of paper flags,  a small sheet of warnings and the instructions complete the kit’s contents


The box is compartmentalized into two compartments the length of the box walled off with cardboard. One compartment holds the center section of the hull. It rests on a cardboard shelf in it’s compartment. The rest of the kit’s trees are in the other compartment and held down with a long sheet of cardboard that is folded at the ends to form tabs to lock it in place and then scotch taped.

The central hull halves are the length of the box and have cardboard between them and are held together with clear-coated wire ties.

Very extensive packaging with all the cello bags too. Good job Revell!


Only problem is with the decal sheet. The kit has a tissue that is supposed to protect the face of it from scratching, but it is un-attached and floating around loose in the box. So, really not protecting anything. There are no crew figures included in the kit.

The instructions consist of an unbound booklet of 20 pages in 8 ½” x 11” page format.

Page 1 of the instructions begins with a black and white photo of the model made up, followed by the history of the Gato in German and English

Page 2 begins with “Read before you start” instructions in multiple languages, followed by illustrations of how to use hobby tools, Revell’s street address in Germany again, their telephone and fax numbers there and their web address.

Page 3 has international assembly symbol explanations in the multiple languages, including English.

Page 4 begins with a color listing, followed by a statement of ownership of the molds by Revell of Germany and a guarantee.

Page 6 through half of page 18 gives a grand total of no less than 86 assembly steps.

All are in various shades of grey with black trim.

I am going to beg off of my usual practice of naming parts on the sprues. There are just too many and I would surely miss-name things as I am not all that much of a ship modeler per se. I ask readers to just look at the photos I took of the trees to see what’s there.

This kit is not for the novice. I recommend it only to modelers of advanced model building skills who have tackled other kits that had a large quantity of parts and were this complex. This kit is going to take mega-space on a display shelf for sure when built. 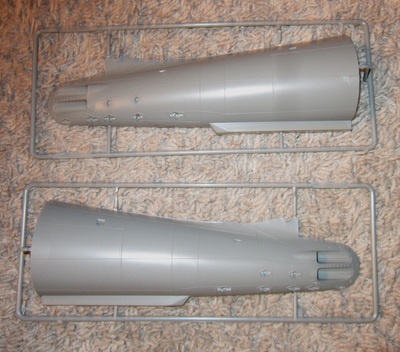 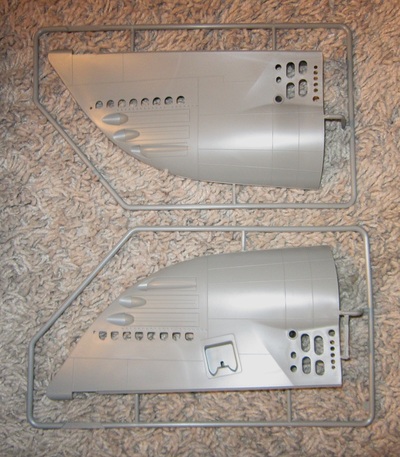 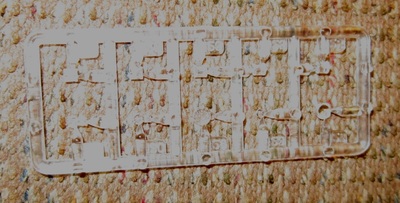 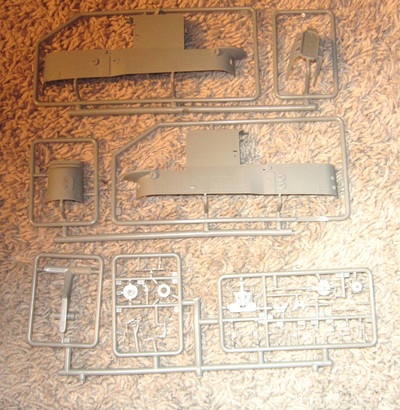 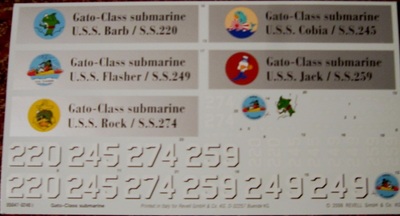 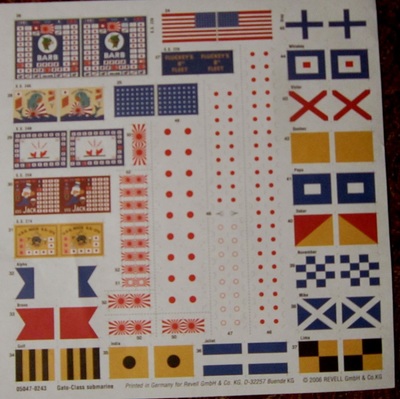 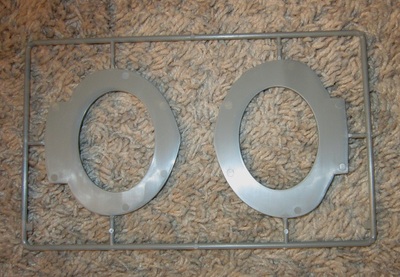 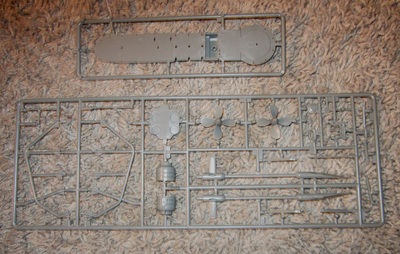 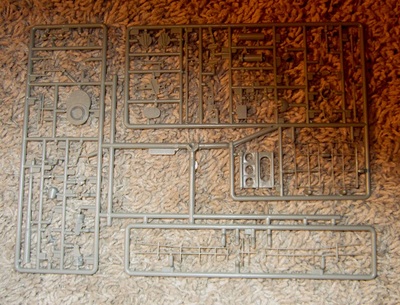 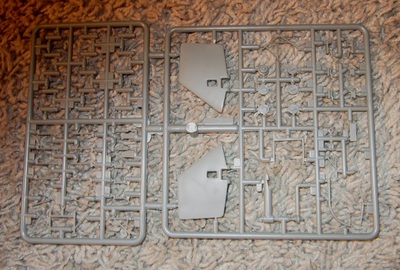 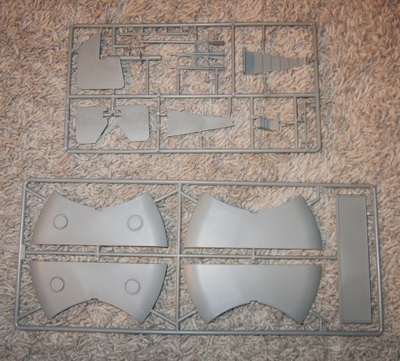 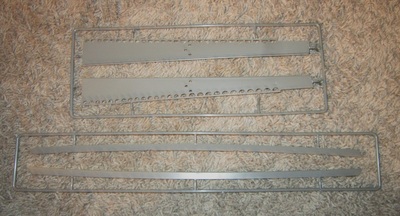 I purchased my kit from a store that did mostly mail order business and was going out of business at the end of the year. They had a ½ off sale going at the time. Nice to get a discount price on a kit that the MSRP is normally EXPENSIVE. I had to bite the bullet a little bit at the 74 buck asking price at the time as it was. Usually, my wallet cannot handle that big a price, but I just had to have this.