Tamiya is a prolific model company based in Japan. They manufacture all manner of model subjects in the popular scales.

Established in 1919, the German motorcycle manufacturer DKW earned international acclaim in the thirties as a producer of finely crafted two-stroke racing motorcycles. It was at this period that the German reconnaissance division of the Wehrmacht, focused on mechanization, and was accelerating the deployment of motorcycles.

At first, the Wehrmacht did not express an interest in the two-stroke engine produced by DKW. In 1938 however they decided to adopt the 11hp single cylinder two-stroke engine equipped DKW NZ 350 medium cycle. Production started on the NZ 350/1 version, specially modified for the Wehrmacht. This new model featured a cast iron engine block, centrifugal air filter and strengthening braces from the frame to an added baggage carrier.

Although it proved unsuitable for heavy cross-country use, its light weight and easy handling made it ideal as a courier cycle in Europe, North Africa and Russia well into World War II.

This kit comes in a cello bag with a header card stapled to the top of it. However, the vendor that sold this to me has thrown away the header card before selling it.

The bag contains only one grey parts tree and the decal sheet in a sealed cello bag, the instructions and a sheet of “Important information concerning the kit” in 13 languages including English.

The instructions consist of a single sheet printed on both sides in Japanese and English. It is 11 5/8” x 5 1/8” format and folded 3 times to fit the bag.

The other side continues on with a grand total of 4 assembly steps. 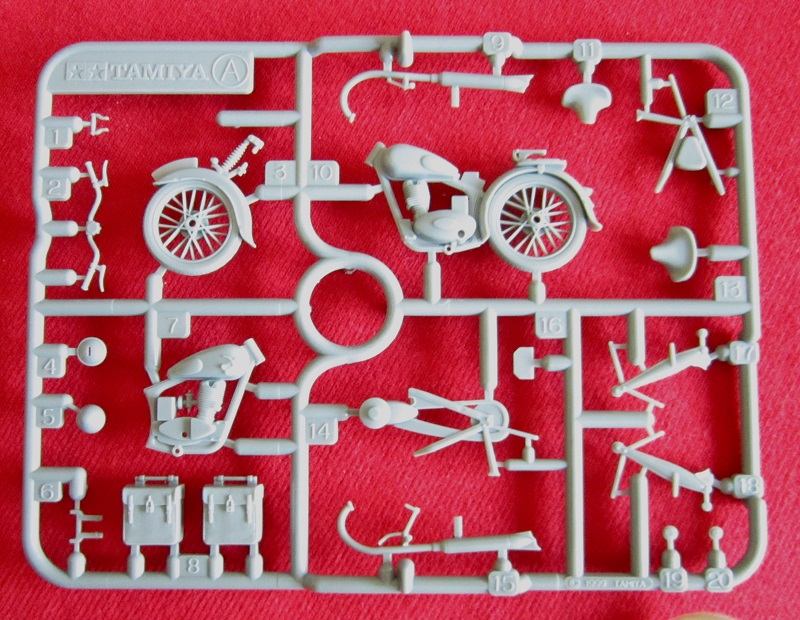 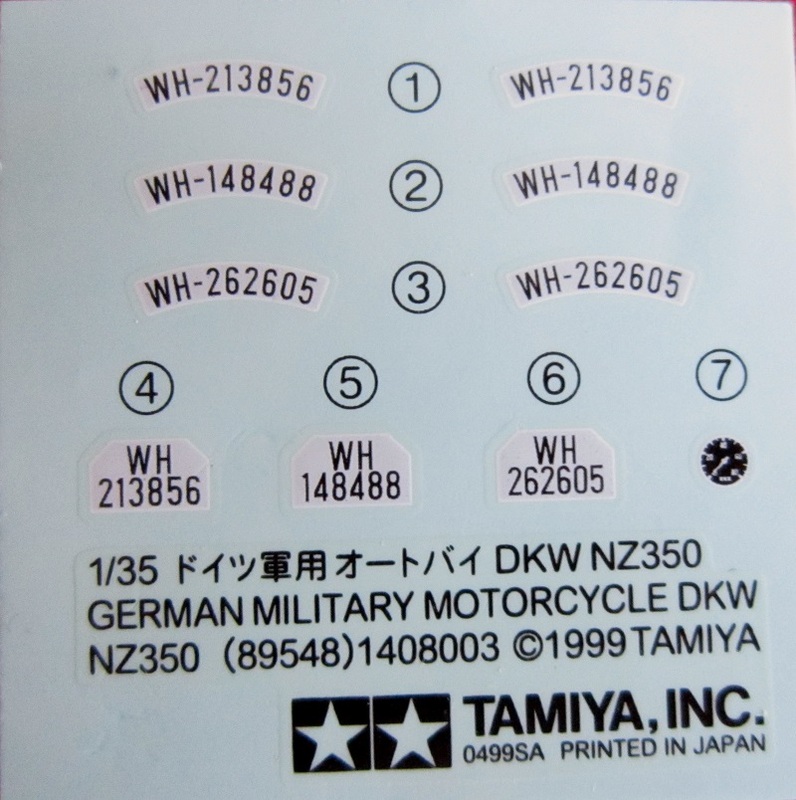 There is no driver figure included. It would have been nice to have one and I think it will take a search of figures in my stash of kits to find a suitable seated German figure.

Highly recommended. I don’t know if this kit is OOP or not.

As said above, kit was courtesy of my wallet.