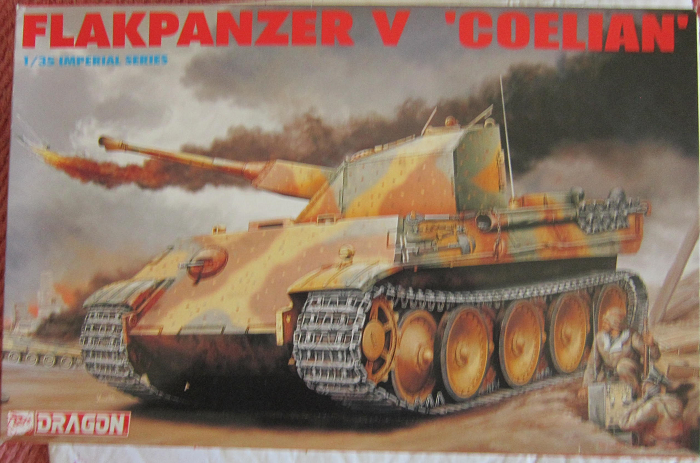 Available one place in Europe for 35.00 Euro.

Flakpanzer Coelian was a self-propelled anti-aircraft gun design by Rheinmetall during World War II for the German armed forces. It was intended to be armed with two 3.7 cm FlaK 43 gun in a fully enclosed, rotating turret on the hull of a Panther medium tank but was not built before the end of the war in Europe.
In the first years of the war, the Wehrmacht had less interest in developing self-propelled anti-aircraft guns, but as the Allies developed air superiority, the need for more mobile and better-armed self-propelled anti-aircraft guns increased.
The Wehrmacht had adapted a variety of wheeled and half-track vehicles to serve as mobile forward air defense positions to protect armor and infantry units in the field as well as for temporary forward area positions such as mobile headquarters and logistic points.

As Allied fighter bombers and other ground attack aircraft moved from machine gun armament and bombing to air-to-ground rockets, the air defense positions were even more vulnerable. The answer was to adapt a tank chassis with a specialized turret that would protect the gun crews while they fired upon approaching Allied aircraft.

As a consequence, the German Army High Command issued a demand for an anti-aircraft tank based on the chassis of the Panther tank design.

Rheinmetall developed "Coelian" in various versions, including one with four 20 mm MG 151/20 guns, but kept having to revise designs based on changing government requirements (such as demands for more modern guns with longer barrels).

However, it soon became clear that no chassis would be available for Flakpanzers for a variety of reasons, including the Allies' landing in Normandy, the increasing Allied strategic bombing offensive, and raw material shortages.
By mid-February 1945, only a wooden prototype of the 3.7 cm turret model on a Panther D hull had been created.
THE KIT:

The box art shows a Coelian parked on a dirt field, next to a fox hole that has 2 Germans on a field radio. One is wearing an officer's hat.

The tank is wearing the "Ambush Pattern" of camouflage. It is in waves of sand yellow and green with spots of the green on the yellow and yellow spots on the green. It carries no markings at all.

Above it there is an aircraft going down in flames.

One side panel of the box has a color box art of a Tauch Panzer III kit that DML makes, followed by CAUTIONS about the kit: "When you use glue or paint, do not use near open flame, and use in well ventilated room", in multiple languages, including English.

​ Kit is not suitable for children under 3 due to sharp parts. For modelers age 10 and older. Copyright 1996 and DML's address in Hong Kong, China is provided.

The other side panel has 3 color walk-around type photos of the model made up in the box art scheme. This is followed again by the copyright date and DML's address.

The kit contains 14 light-gray trees, a light-gray hull tub and roof part in 9 sealed clear cello bags, the decal sheet and the instructions.

The instructions consist of a single sheet that accordion-folds out into 8 pages in 8 1/4" x 14" page format.

Page 1 begins with a black and white repeat of the box art, over the parts trees illustrations. Many parts are shown blued out in these illustrations, meaning they are excess and not needed to complete the kit.

This is because the trees are common to DML's kit of the regular Panther with the normal turret.

Page 2 begins with CAUTIONS, over international assembly symbol explanations and a suggested paint color listing of Gunze Sangyo or Italeri brands of hobby paints in 6 languages, including English, over the first assembly step.

Page 3 through 7 give a balance of 20 assembly steps.

Page 8 is the marking and painting instructions. It has a 4-view of the Coelian in the box art scheme (already described above) However, this illustration shows it with a small German cross on the sides of the turret and hull.

The decal application instructions are at the  bottom of the page, the copyright date and PRINTED IN HONG KONG. 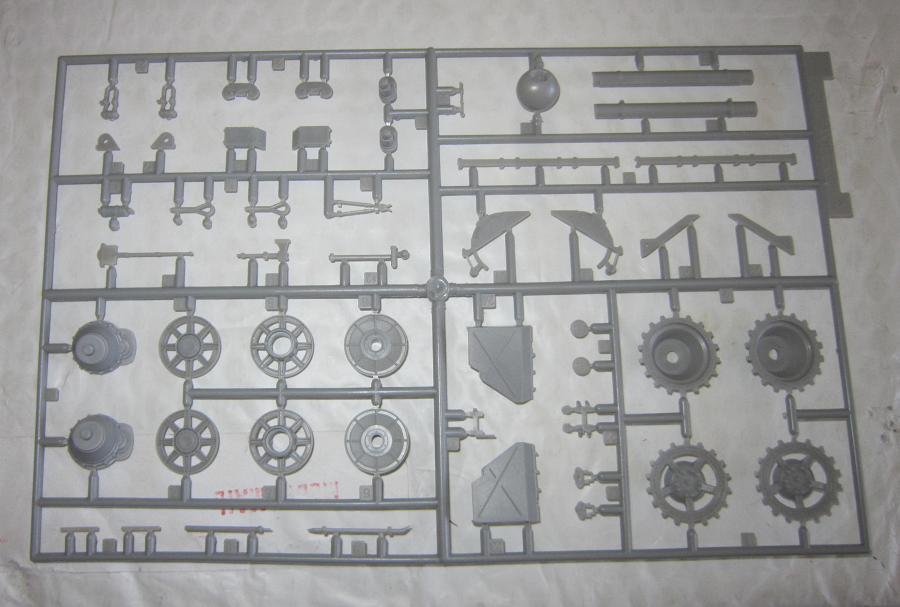 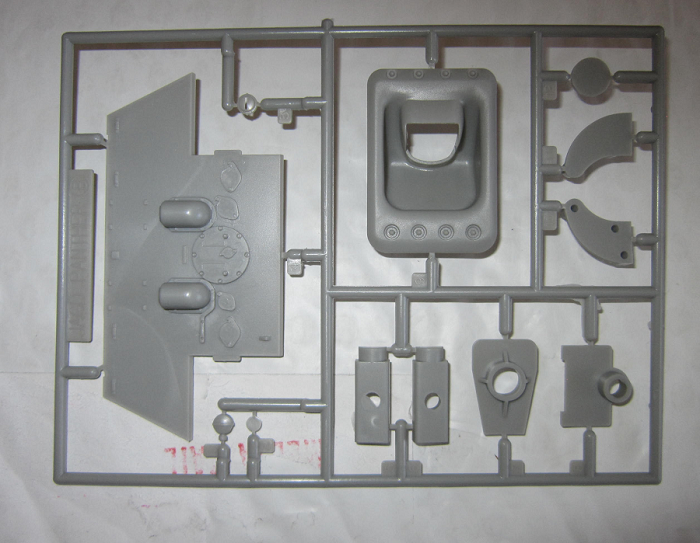 ​There is a second tree that is also labeled as C. There are 4 identical medium-gray trees of individual track links (48 parts per tree) 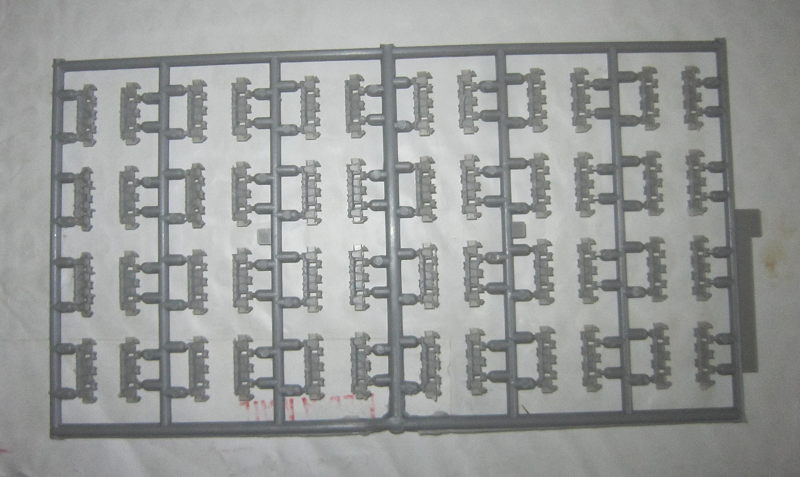 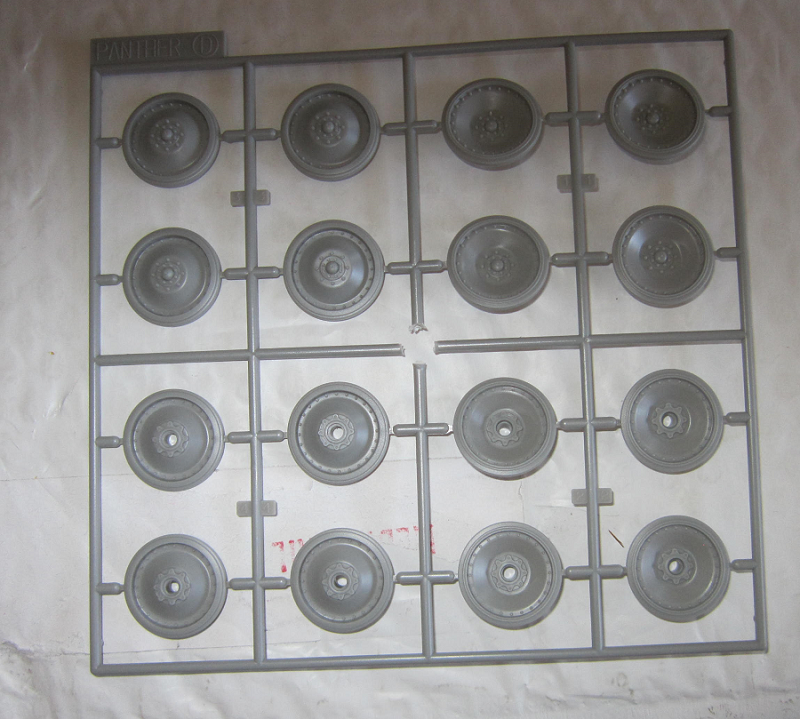 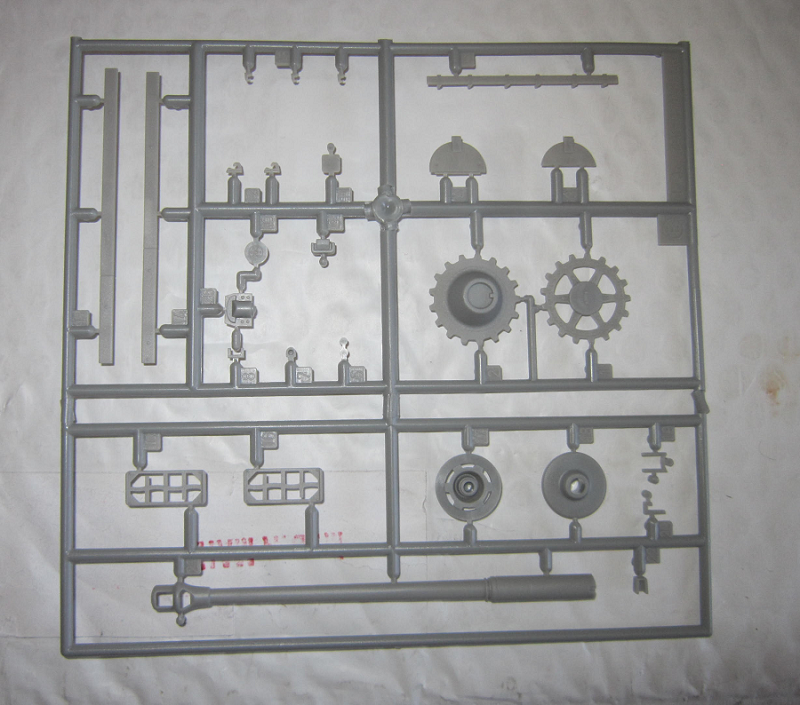 There is no letter G tree 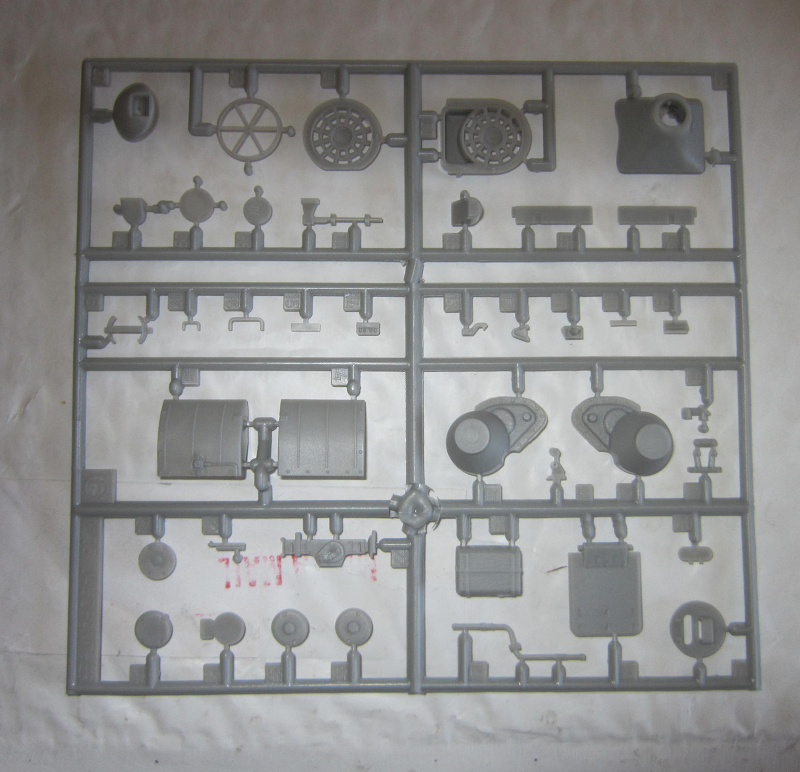 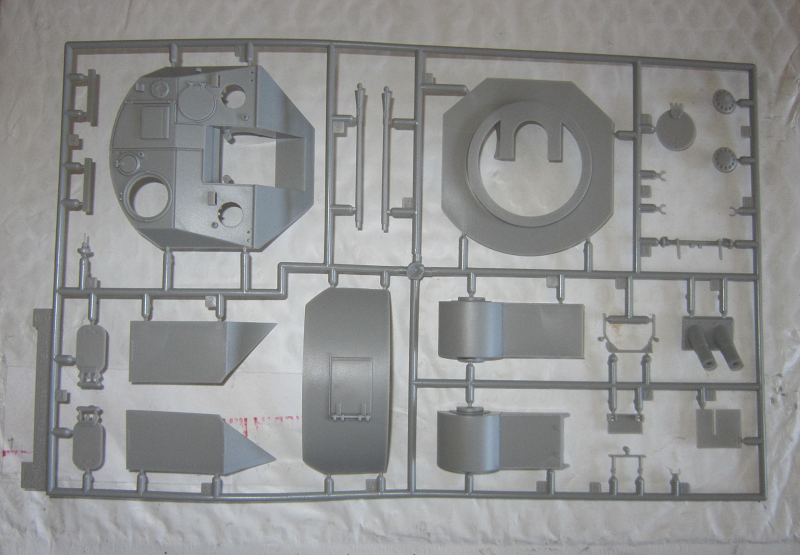 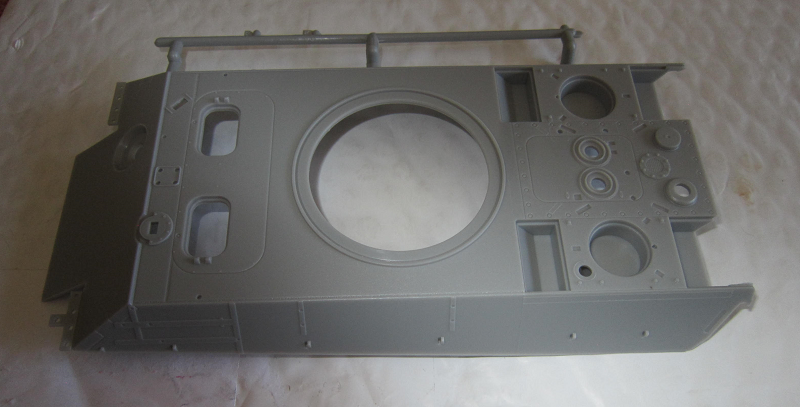 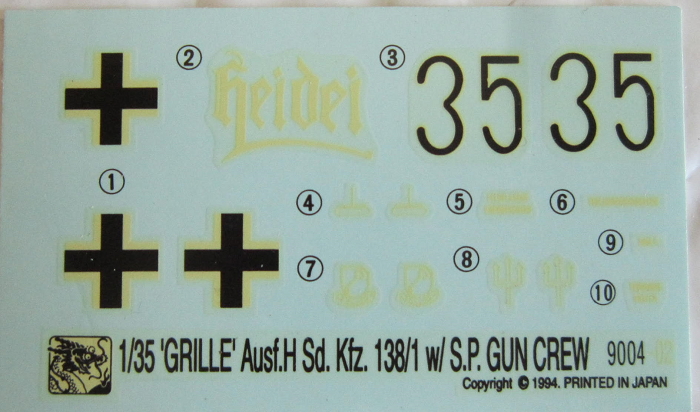 ​There are no crew figures, clear parts or any internal detail in either the hull or turret. External detail is great.
​Recommended.