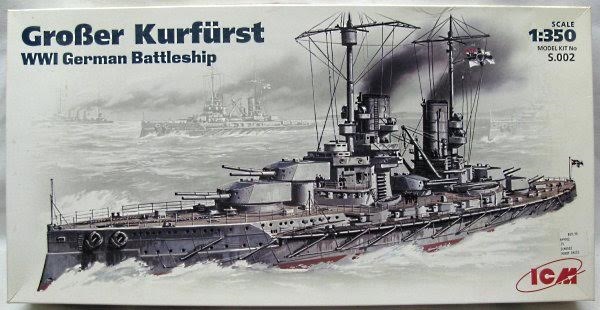 SMS Grosser Kurfürst was the second battlesihp of the four-ship Konig class. Grosser Kurfürst (or Großer Kurfürst) served in the German Imperial Navy during World War I. The battleship was laid down in October 1911 and launched on 5 May 1913. She was formally commissioned into the Imperial Navy on 30 July 1914, days before the outbreak of war between Germany and the United Kingdom. Her name means Great Elector, and refers to Frederick William I, the Prince-elector of Brandenburg. Grosser Kurfürst was armed with ten 30.5-centimeter (12.0 in) guns in five twin turrets and could steam at a top speed of 21 knots (39 km/h; 24 mph).

Along with her three sister ships, Konig, Markgraf and Kronprinz, Grosser Kurfürst took part in most of the fleet actions during the war, including the Battle of Jutland on 31 May and 1 June 1916. The ship was subjected to heavy fire at Jutland, but was not seriously damaged. She shelled Russian positions during  Operation Albion in September and October 1917. Grosser Kurfürst was involved in a number of accidents during her service career; she collided with König and Kronprinz, grounded several times, was torpedoed once, and hit a mine.

After Germany's defeat and the signing of the Armistice in November 1918, Grosser Kurfürst and most of the capital ships of the High Seas Fleet were interned by the Royal Navy in Scapa Flow. The ships were disarmed and limited to skeleton crews while the Allied powers negotiated the final version of the Treaty of Versailles. On 21 June 1919, days before the treaty was signed, the commander of the interned fleet, Rear Admiral Ludwig von Reuterr, ordered the fleet to be scuttled to ensure that the British would not be able to seize the ships. Unlike her sister ships, Grosser Kurfürst was raised in 1938 for scrapping and subsequently broken up in Rosyth.
​THE KIT:

ICM is a model company based in the Ukraine. They make all manner of model subjects in the popular scales.

The kit comes in a shrink-wrapped tray and lid box that is too large in length for what's inside.

It could have been half it's length and becomes a shelf eater.

Page one has a side view of the Kurfurst as she appeared in 1918. It has arrows pointing to different sections with alphabet letters that tell what color to use there from a list below of Humbrol brand paints. This is followed by CAUTIONS and decal application instructions in English and Ukrainian. ICM's P.O. Box address  and e-mail address in the Ukraine are at the bottom of the page.

There are 35 assembly steps in this booklet. Two pages have the parts trees drawings, with international assembly symbol explanations at the bottom of one page. 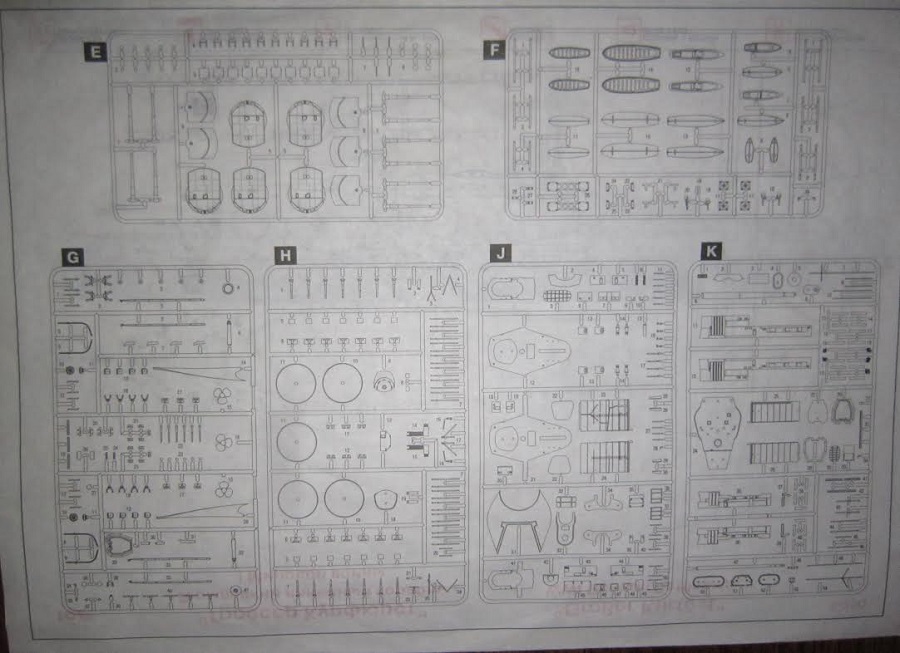 Spread across two pages is a side and top view of the Kurfurst showing how she appeared in 1914 with the arrows and alphabet letters to tell you what colors to use for various sections.

The full hull part is 20 inches long. A nice size. The only detail incorporated in it are indentations for the portholes, strakes on the lower hull and a very faintly engraved line for painting the waterline boot-top.
​The main deck and forecastle decks are nicely detailed with hatches, planking, skylights and gun
mount locations molded on them.
​The first of the six grey sprues contains: anchors, range-finders, prop shaft housings, props, 4" barrels and gun houses, davits, bollards and numerous other parts I haven't figures out yet.
Grey sprue two has turret bases, stairs, five 9" gun-houses and barrels, anti-torpedo netting booms, more davits. 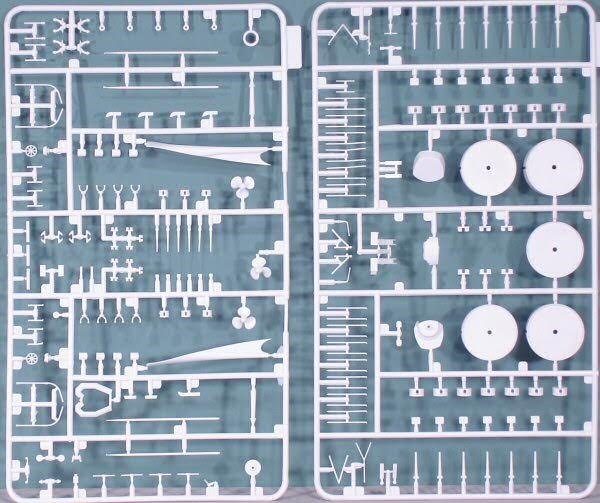 ​Grey sprue four has the aft funnel and various levels of the main superstructure, gun-houses and pedestals.

Grey sprue five has the main turrets, barrels and braces to affix them in place, life rafts. 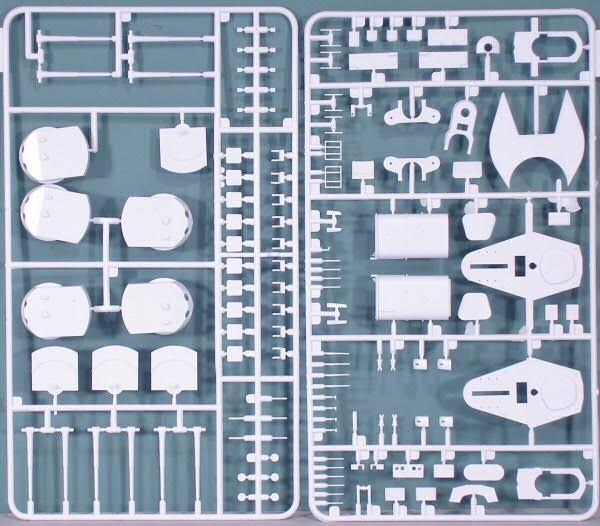 ​The final grey sixth sprue contains the ships boats and the structures which they are mounted on. The boats are nicely done and could even be super-detailed to become models in their own right. 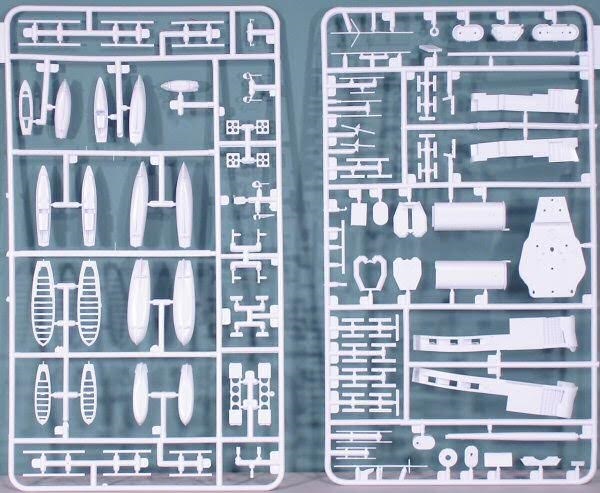 ​Final grey parts are the full hull, the two deck sections, their side walls and the base cradle parts.

​The decal completes the kits contents.

The decals are included with the battle flag and turret-top aerial recognition markings for the late-war variant.

​With the addition of PE it will be a contest winner. Three different companies announce that they are producing PE for the Konig/Grosser Kurfurst - Gold Metal Models, Tom's Modelworks and White Ensign Models.

I have started to assemble this kit. I have the base cradle assembled, the decks to the hull, the main turrets and some parts of the forecastle. I also put all the launches and life boats together too.

​There are a lot of small parts in this kit and it is definitely not a weekend build kit. I only recommend it to modelers of advanced building skills that have done a ship as complex as this in the past.
​I won this kit in a IPMS hobby contest in Wisconsin years ago.