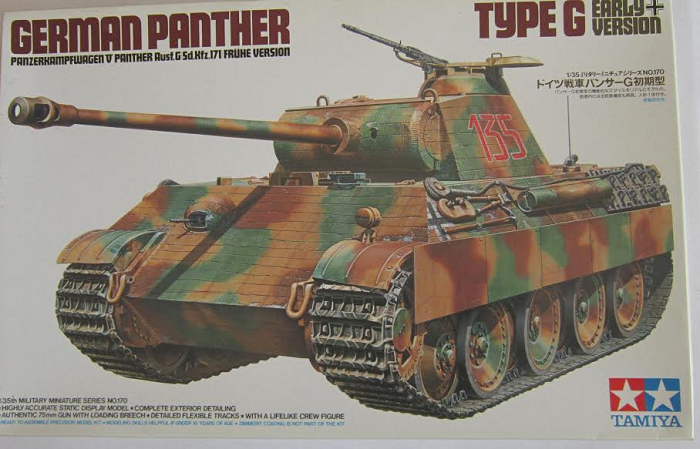 Because of its many advanced and innovative features, the WWII German Panzerkampwagen V, known as the "Panther" tank, is still considered by many ordinance experts as a weaponry masterpiece.

The development of the Panther came about due to the successes generated by the Russian T-34, which has become a serious threat to the German forces during the mid part of the conflict.

Mass production of the Panther began during the spring of 1943, and with its sophisticated mechanics and powerful Type 42 L70, 70mm gun, the Panther tank demonstrated its formidable strength during front line action shortly after its introduction.

Several improvements were suggested following its initial employment, resulting in the Panther Type G, which began to appear in spring 1944. Major improvements consisted of additional side armor slope angles and simplified assembly refinements for mass production.

The powerplant of the Type G Panther was a Maybach HL230-P30, V-12, water-cooled engine producing 700 hp. This powerplant was mated to an improved transmission in order to eliminate gear malfunctions found on earlier models.
An innovative torsion bar suspension system and compound road wheels enabled superb off road running ability. Major contractors - Man, Daimler Benz, and MNH all tooled-up to manufacture the Panther Type G version during the later part of the war, and these three produced 3,740 out of a total of 6,000 units produced by all firms.
​THE KIT:

The box art shows a Panther posed against an all-white background, which Tamiya uses for the majority of their box arts.

It is in a base of sand-yellow with bands of red-brown and dark-green. It is covered in zimmerit anti-magnetic paste and has a red number 135, outlined in white on the sides of the turret and a German corss on the forward end of the sides of the hull.

One corner of the box art says its a highly accurate static display model, with complete interior detailing, authentic 75mm gun with loading breech, detailed flexable tracks with a lifelike crew figure. Modeling skills helpful if under 10 years of age. Zimmerit coating is not part of the kit.

One side panel has a color 3-view of a Panther in the same color scheme as the box art subject, with a white number 411 on the sides and back of the turret and a German cross on the forward end of the sides of the hull. Followed by a paragraph in Japanese, that I assume is the history of the Panther, the copyright date of 1993 and MADE IN JAPAN.

The other side panle has 2 color profiles of Panther schemes:

1. A Panther in winter white-wash with black turret number 522.

Followed by a paragraph in Japanese and a color illustration of the tank commander figure in the kit.

This kit contains 4 light-tan parts trees and a jet-black tree in 3 stapled-shut cello bag, a loose light-tan hull tub and roof, a length of brass wire, a metal screw and nut and black polycaps in another stapled shut cello bag, black vinyl treads, the decal sheet and 2 instructions.

The first instructions consists of a single-sheet that accordion-folds out into 10 pages in 10 1/4" x 6 3/4" page format.

Page 1 begins with a black and white photo of the model made up in the box art scheme, over the history of the Panther in English, German, French and Japanese.

Page 2 begins with READ BEFORE ASSEMBLY instructions, suggested tools to use and a paint color list over the first 2 assembly steps.

Page 3 through the top of page10 give a total of 19 assembly steps.

The bottom of page 10 has instructions on how to stretch sprue to make an antenna and a service card.

The second instruction sheet is 10" x 6 3/4" printed on both sides. The face side has a 4-view of the box art scheme.

The reverse side of the sheet has painting and decal application instructions over a 2-view of a Panther in a sand-yellow, red-brown and dark-green wave pattern with a black square with a red devil's head on it and a black number 117 on the turret sides and rear. It is with the 31st Panzer Division, 5th Panzer Regiment. 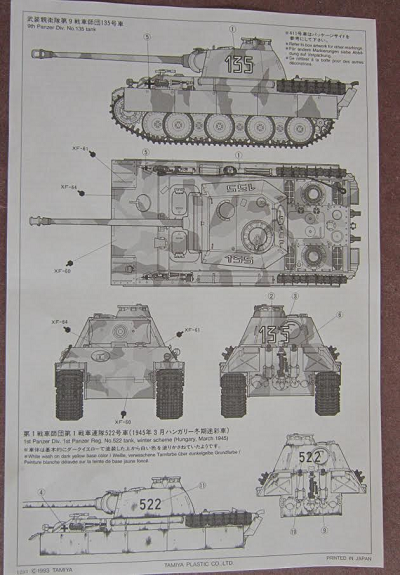 There is no letter B tree. 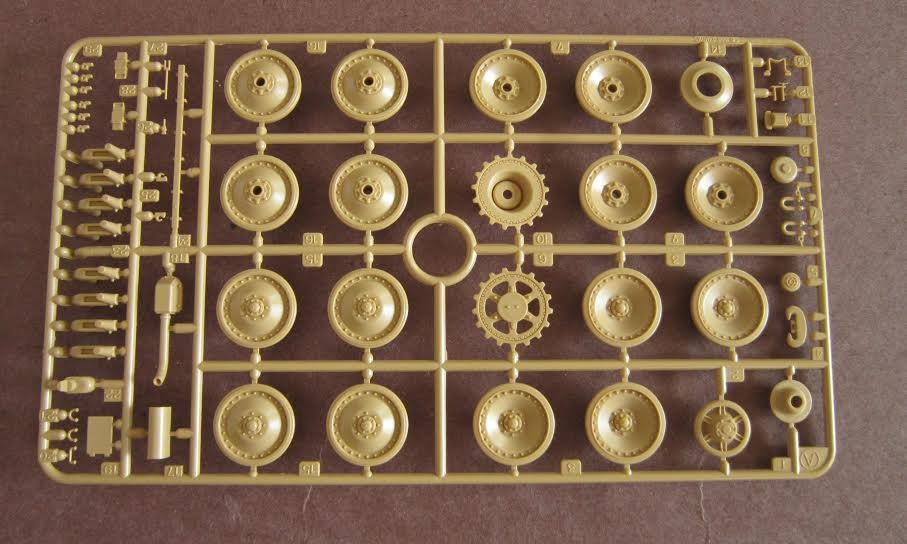 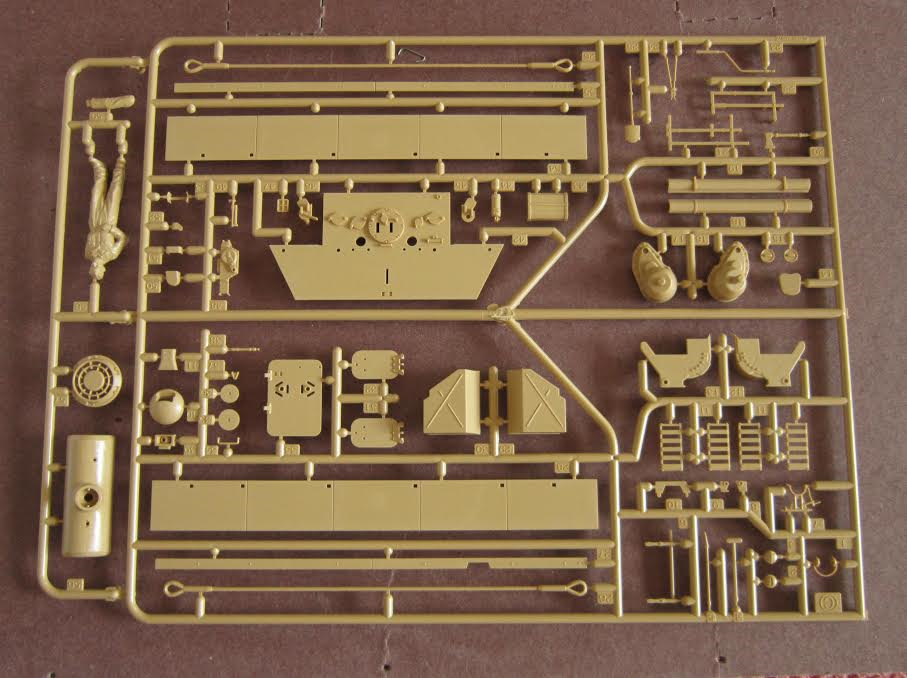 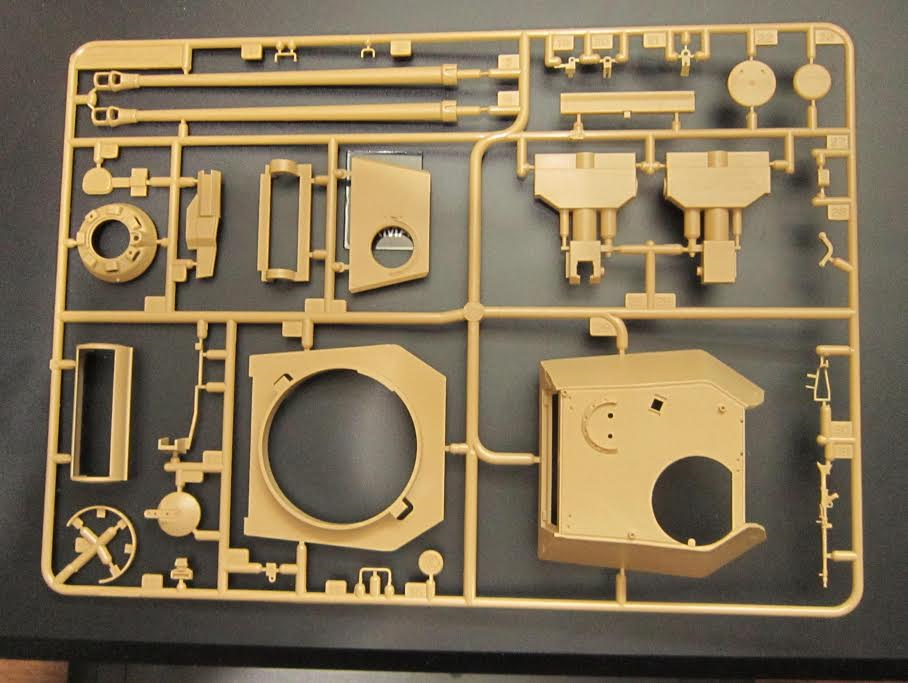 The light-tan hull tub and upper hull is next. 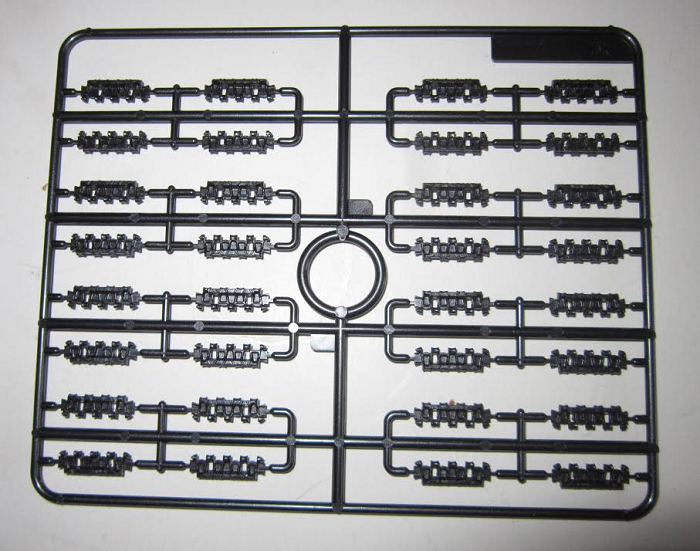 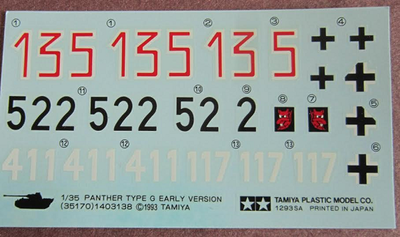 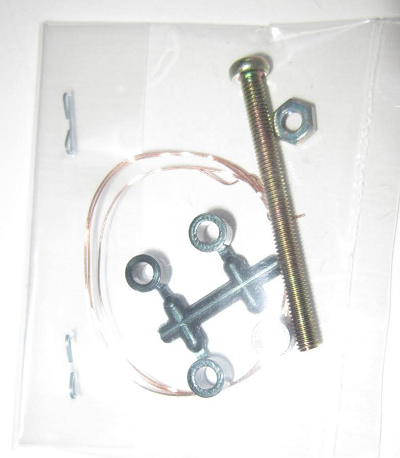 ​The only internal detail is the breech in the turret. There are no clear parts.
​Highly recommended.