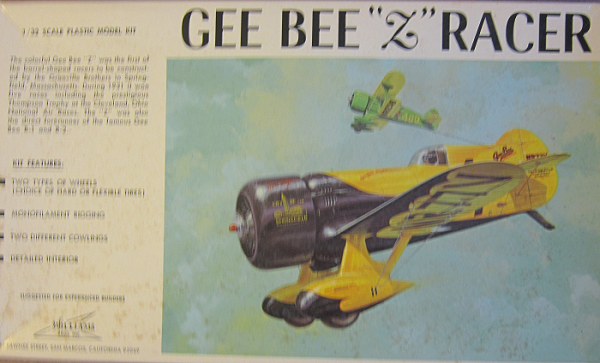 I bought my kit years ago for $7.00 at Toy Fair at the local mall, before that store went out of business.
​HISTORY:

The Granville Gee Bee Model Z was an American racing aircraft of the 1930s, the first of the Super Sportster aircraft built by Granville Brothers Aircraft of Springfield, Massachusetts, with the sole intent of winning the Thompson Trophy, which it did in 1931.

However, it soon suffered a fatal crash during a world speed record attempt, starting the reputation of the Gee Bee aircraft as killers.

Suffering from the effects of the Great Depression, the Granville Brothers decided in July 1931 to build an aircraft to compete in that fall's Thompson Trophy competition at the National Air Races in Cleveland, Ohio. They hoped that a victory in the prestigious race would lead to additional orders for their line of sporting aircraft.

Constructed in less than five weeks at a cost of under $5,000 USD, the Gee Bee (for "Granville Brothers") Model Z, named City of Springfield, was a small, tubby airplane. It was essentially the smallest possible airframe constructed around the largest possible engine, a supercharged Pratt & Whitney R-985 "Wasp Junior" radial engine, producing 535 horsepower (399 kW)

First flying on August 22, 1931, the Gee Bee Z quickly proved to be tricky to fly, but fulfilled every expectation with regards to its speed. Flown by pilot Lowell Bayles, the Gee Bee Z attained the speed of 267.342 miles per hour (430.245 km/h) at the National Air Races during the Shell Speed Dash qualifying on September 1.

Then went on to win the Goodyear Trophy race, run over a course of 50 miles (80 km), the next day at an average speed of 205 miles per hour (330 km/h). On the September 5, the aircraft's engineer, Bob Hall, flew the Gee Bee Z to victory in the General Tire and Rubber Trophy race, then won again the next day in a free-for-all event.

Following the Thompson Trophy race, the Gee Bee Z was re-engined with a larger, 750-horsepower (560 kW) Wasp Senior radial, in preparation for an attempt at establishing a world speed record for landplanes at Wayne County Airport in Detroit, Michigan.

A further record attempt on December 5, 1931, would end in tragedy, the aircraft suffering a wing failure and rolling into the ground, killing Bayles.

It was suspected that the Model Z's crash during a speed run in December 1931 was due to an unexpected failure of the gasoline tank cap, which may have come loose and passed through the windshield.

A bullet-proof windscreen and internal fuel caps were part of the new design. Analysis of motion picture film of the event examined frame-by-frame, is inconclusive.

Control surface flutter is a more likely cause. It is theorized that the gas cap struck the pilot and incapacitated him, causing a sudden upset in pitch that led to uncontrolled flutter in the right aileron which imparted undue stress on that wing, causing it to pitch up sharply and fail.

In addition, tests of a reproduction aircraft have shown that the Gee Bee Z was susceptible to aerodynamic flutter at high speed. The 1932 R-1 and its sister ship, the R-2, were the successors of the previous year's Thompson Trophy-winning Model Z.

William Bros. was based in San Carlos,CA at the time this kit was released years ago. They went out of business for a few years and are now back again, but based in Round Rock, TX.

The box art shows a Gee Bee Z flying  along with what I believe is the Laird Super Solution racing aircraft in the background.

The Gee Bee Z has a black forward fuselage, leading edges of the wings and noses of the wheel spats. The rear of the fuselage and wheel spats is canary yellow. There is a yellow City of Springfield logo on the sides of the cowling and a black serial no. NR77V under the port wing and on top of the starboard wing, a black 4 on top of the port wing and below the starboard wing. Gee Bee is in black on the rudder sides with the serial no.

The Laird in the background is overall light green with a black character of a guy with a bomb on the fuselage side before the yellow fuselage number 400 and black serial no. NR12048 under its port wing.

One side panel has color box arts of 5 other aircraft kits that William Bros. manufactures: a Northrop Gamma, a Douglas World Cruiser, a Boeing 247, a Curtiss C-46 and a Boeing B-10B. No kit numbers or scales are given for these.

​The other side panel has 3 more box arts: the Gee Bee R-1 racer, the Wedell Williams racer and the Caudron racer.
​These are followed by illustrations of accessory kits that William Bros. manufactures: a La Rhone rotary engine, a Lewis machine gun and a Pratt & Whitney Wasp engine.

Again no kit numbers or scales given.

This kit contains one large canary-yellow parts tree and a small dark-gray tree in a sealed clear cello bag, with a clear tree and black vynil tires, the decals sheet and instructions.

The instructions consist of a single-sheet, printed on both sides in large 17" x 11" format.

The face side begins with an exploded drawing for assembly purposes, over the history of the Gee Bee Z and general instructions.

The reverse side has a 4-view of the aircraft over three black and white photos of the actual Gee Bee Z. 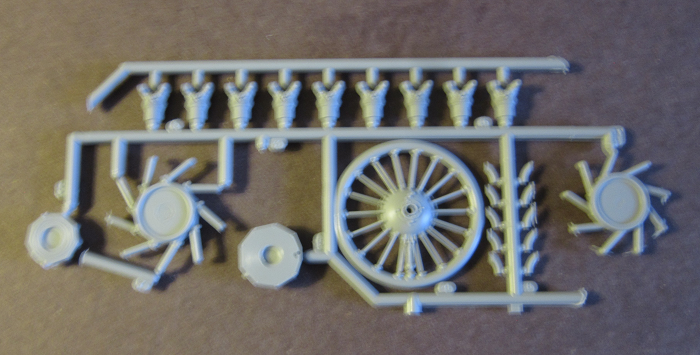 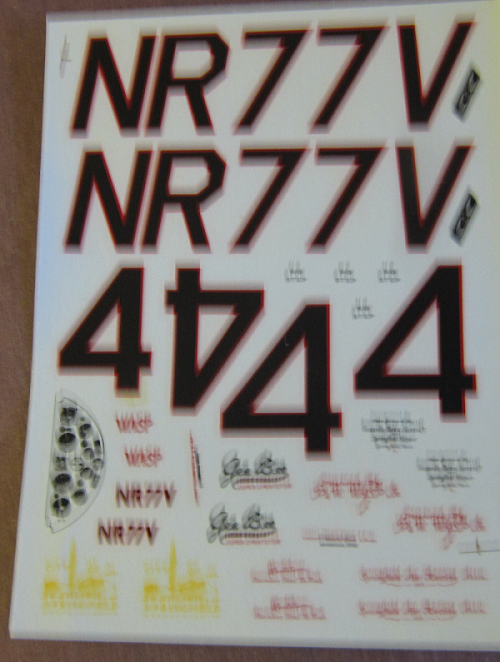 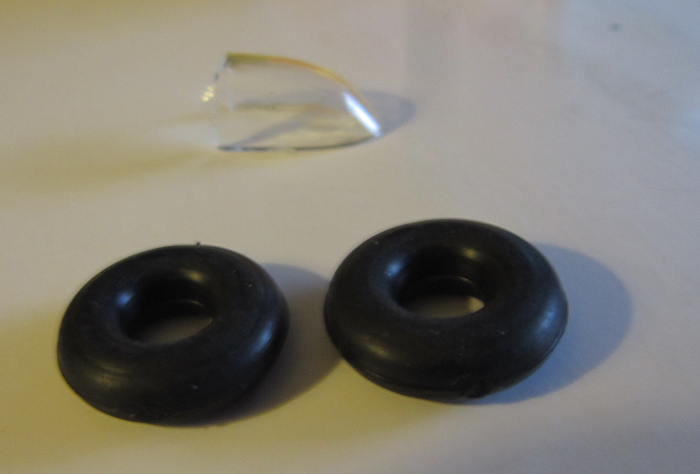 ​The kit has nice raised detail. The flaps are all molded solid. There is not pilot figure included.
​Recommended.