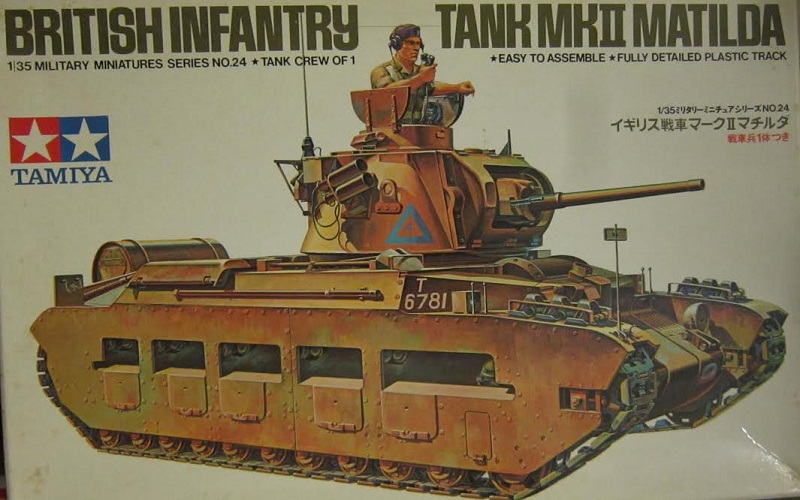 The Infantry Tank Mark II, best known as the Matilda, was a British infantry tank of the Second World War.

The design began as the A12 specification in 1936, as a gun-armed counterpart to the first British infantry tank, the machine gun armed, two-man A11 Infantry Tank Mark I. The Mark I was also known as Matilda, and the larger A12 was initially known as the Matilda II, Matilda senior or Waltzing Matilda. The Mark I was abandoned in 1940, and from then on the A12 was almost always known simply as "the Matilda".

With its heavy armour, the Matilda II was an excellent infantry support tank but with somewhat limited speed and armament. It was the only British tank to serve from the start of the war to its end, although it is particularly associated with the North Africa Campaign. It was replaced in front-line service by the lighter and less costly Infantry Tank Mk III Valentine beginning in late 1941.

Tamiya is an older prolific model company based in Shizuoka City, Japan. They make all manner of model subjects in the popular scales.
​THE KIT:

The box art shows a Matilda against one of Tamiya's signature all white backgrounds that they use for all their box arts.

The tank is overall tan with a white T over 6781 on the sides and a white oval with a black mouse on it on the bow. A commander figure is standing in the top turret hatch wearing a beret and head phones and taking into a microphone.
​WHAT'S IN THE KIT:

This kit holds 4 tan parts trees in a cello bag, a loose tan hull tub part, a black vinyl treads tree, the decal sheet and the instructions. There are no clear parts. 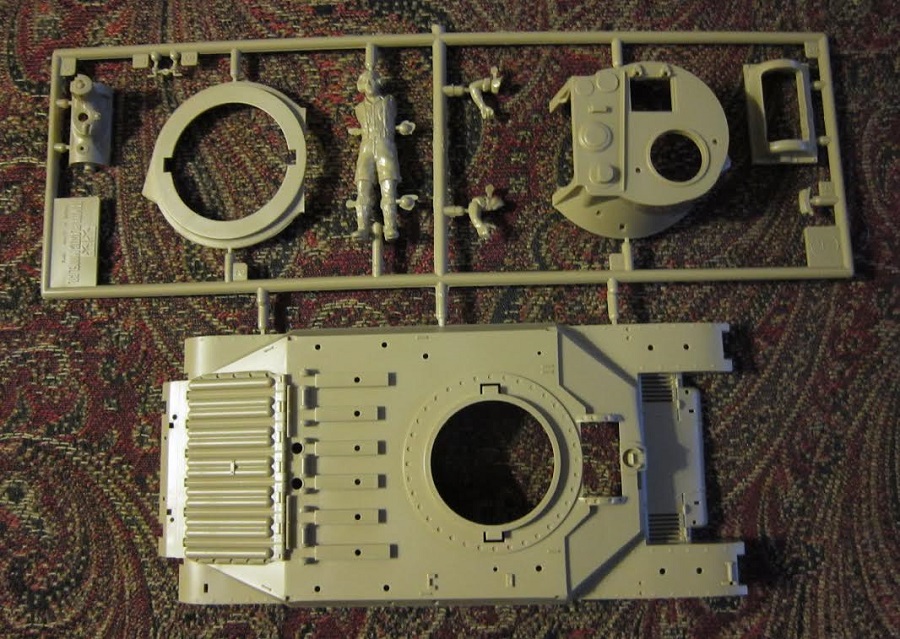 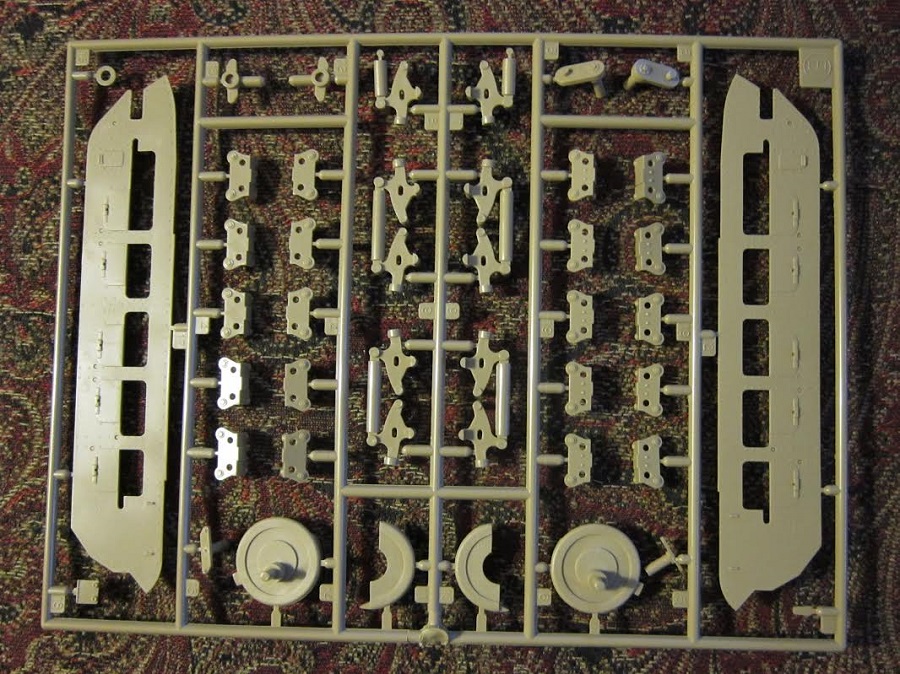 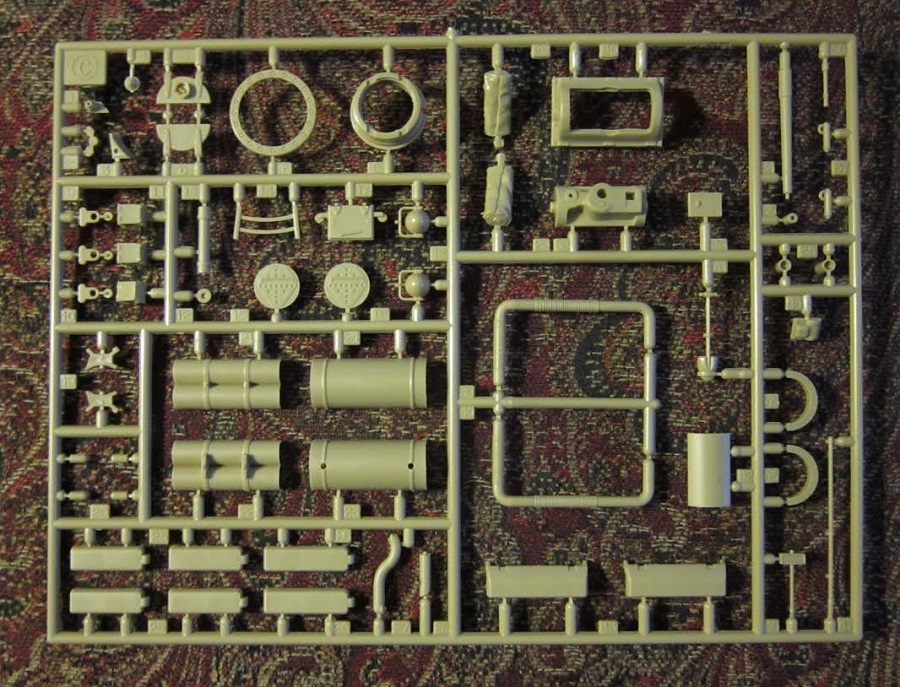 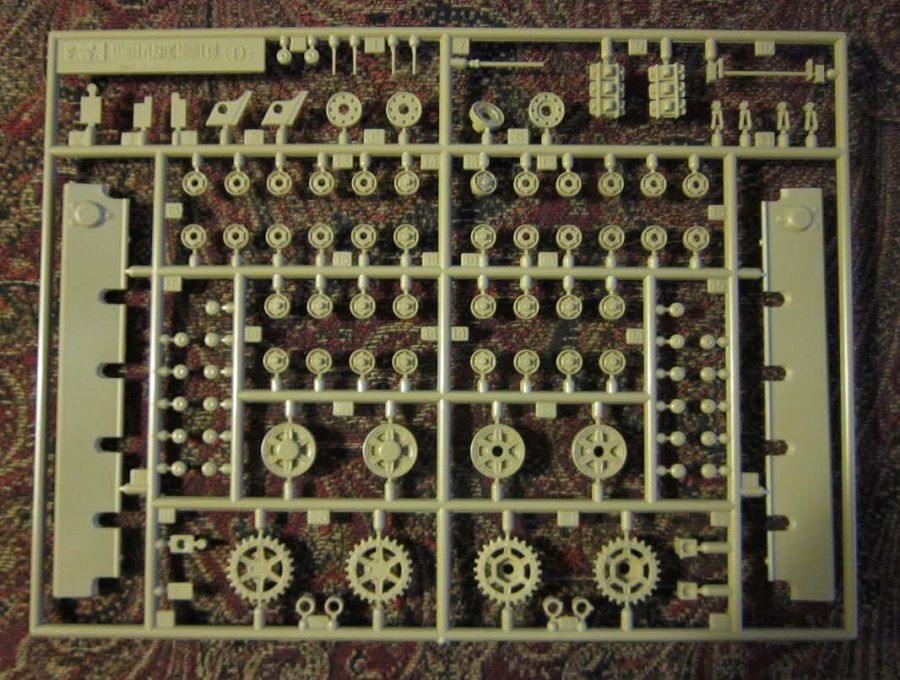 ​The tan hull tub part is next.

​The black vinyl treads long runs are next (2 parts).

These are the old type that have to be heat riveted to join the ends into a loop, not the newer glueable type. 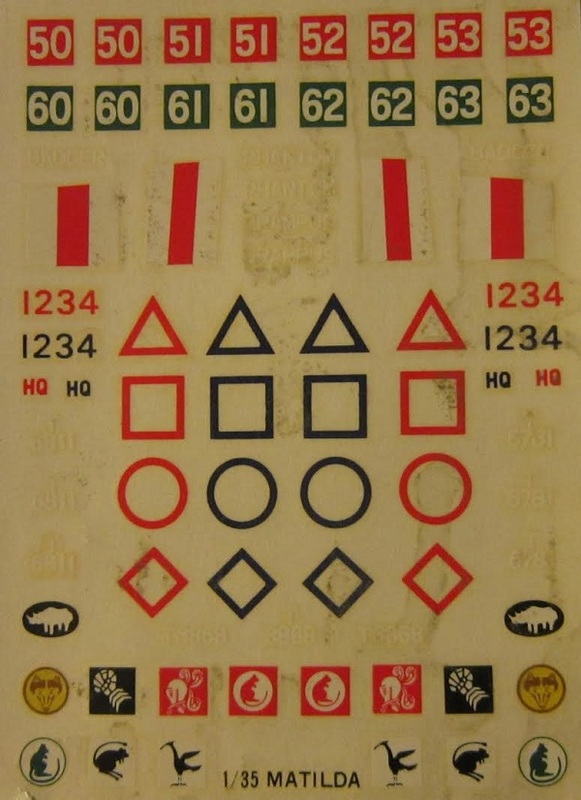 ​There are no interior details for inside the hull or turret.

There is a sheet in the kit that shows color patches of Tamiya hobby paints. 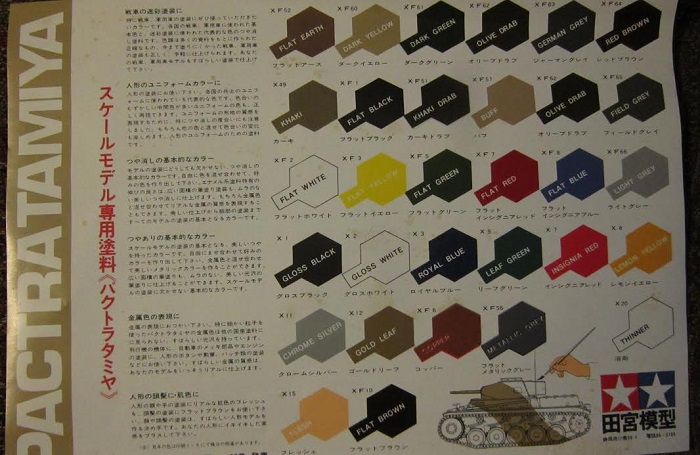 This is a nicely detailed kit externally. The hull tub has motorization holes to be filled on it for a static model result.
Recommended. I bought my kit back in the 70's at my local hobby shop.