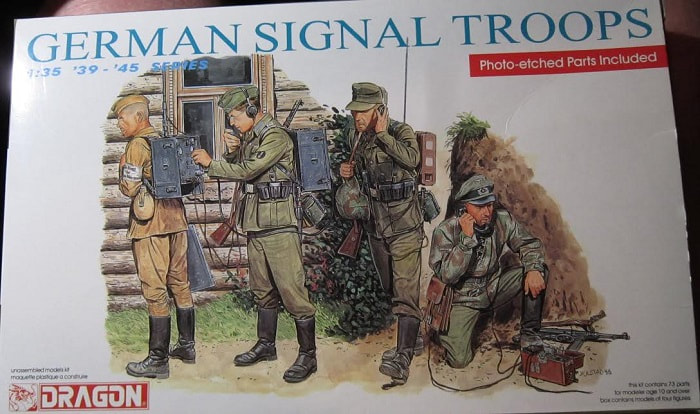 The kit comes in a shrink-wrapped end opening type box. I am no fan of this type of box, because invariably the decal sheet or parts find their way past one of the end flaps to become lost forever. Give me a tray and lid type box any day of the week.

The box art shows 4 German Signal Troops set up next to a log house.

The first man on the far right appears to be an officer. He wears an officer's hat, a camouflaged smock and black jack boots. He is kneeling on one knee and using a field telephone. He has a leather pouch on his belt along with a pistol holster and a mess kit. His MP40 submachine gun lies on the ground beside him.

The next man is standing. He wears a soft billed field cap and jack boots. He is armed with a 98K carbine slung over his right shoulder. He is listening to earphones held up to his left ear. He has a steel helmet covered with a camouflaged cover on his belt, along with ammo cases for the 98K and a mess kit, canvas bread bag and canteen. He has a large piece of radio gear on his back and is plugged into the gear on the back of the next man to the left.

The third trooper is standing and wears a soft side cap on his head. He too is armed with a 98K carbine slung over his right arm. His belt has the ammo cases for it, a mess kit, canvas bread bag and canteen. He wears jack boots too. He is facing away from the second man that is using the radio set on his back and is using the radio gear on the back of the fourth and last trooper.

The fourth trooper is standing with his back to the third trooper. He wears a soft side cap on his head and jack boots. He has a canteen on his belt and has a set of instructions or other in his right hand. He has a white arm-band around his left arm with black lettering on it. However, there is no decal in the kit to provide this and heaven only knows what it says???

One corner of the box art says that the kit contains PE parts and another corner says the kit is designed for modelers 10 years or older and that it contains 73 parts.

One side panel of the box says the kit contains parts for four figures and that glue and paint are no included. This is said in 6 languages, including English. DML's street address in Hong Kong, China is shown and the kit was made there.

The other side panel shows 2 color box arts of other figure kits that DML manufactures: kit no. 6046, German Cavalry Division Florian Geyer troops on horses and kit no. 6049, Soviet Anti-tank Team 1942-43.

​The bottom of the box serves as both the assembly and painting instructions. It has a color 2-view supplied for each of the 4 figures. 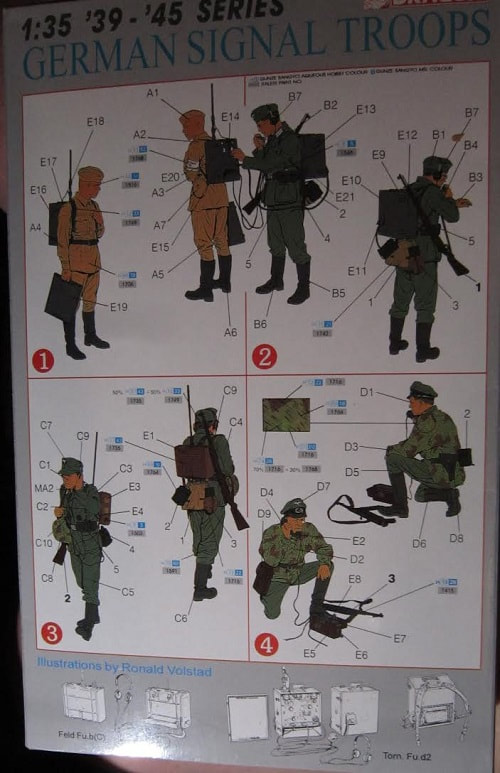 ​Below them there is black and white line drawings of a Feld Fu.b(C) radio and a Torn Fu.d2 radio.

All illustrations are done by DML's resident artist Ronald Volstad.
​WHAT'S IN THE BOX: 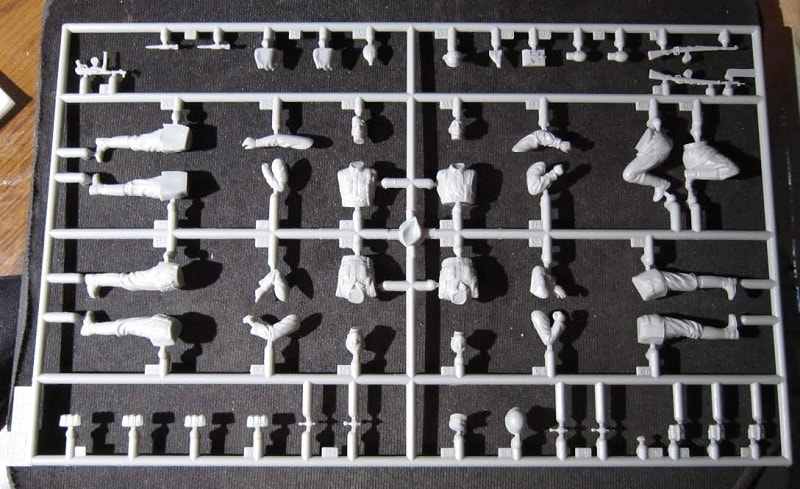 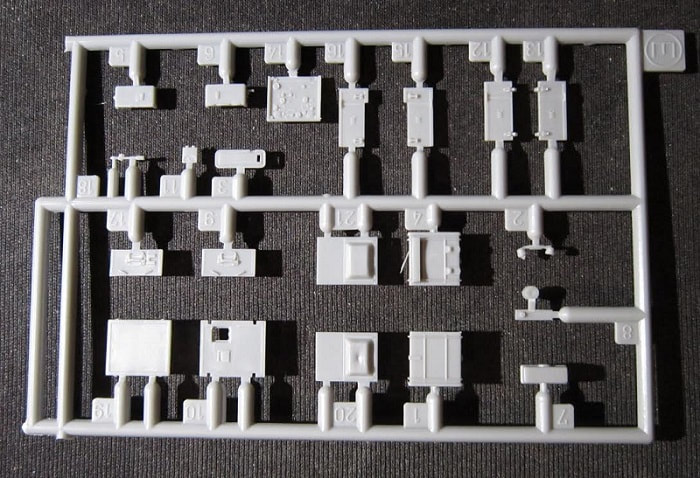 ​The steel PE fret completes the kits contents. It holds the straps for the ear phones. (7 parts) 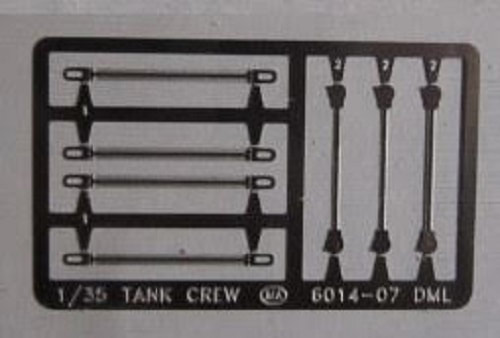 These are neat subject matter. Very well detailed and posed. They will make for a eye catching diorama for sure.
​I purchased my kit at my local hobby shop back in the 90's.