The Fairey Battle day bomber was designed to replace the Hawker Hart biplane and when the first prototype flew in March 1936 the new monoplane, fitted with the equally new Rolls-Royce Merlin engine, represented an enormous advance over the types then in service.

Battles went into squadron use in 1937. By this time, it was becoming obvious that the Battle was already obsolescent with the introduction of high speed armed monoplane fighters. The Advanced Air Striking Force of the R.A.F. went to France in 1939. In the same month Battles were used in action and suffered the first of the disastrous losses that were to plague its brief operational career.

With only one defensive machine gun and inadequate armour it was vulnerable to both fighters and ground opposition especially when used at low level. The most memorable Battle action was the famous raid on the Maastricht bridges in May 1940, when the first Battles of No. 12 Squadron, flown by volunteers, were all shot down. One of these aircraft is represented in this kit.
Production ceased in 1940. Over 2,000 had been built, many for export, and a Belgian Air Force export machine is one of those also depicted in this kit.

The Fairey Battle was powered by a Rolls-Royce Merlin engine giving a maximum speed of approximately 240 m.p.h. Armament consisted of one fixed and one flexible 0.303 machine gun and 1,000 lbs. of bombs. Wing span was 54 ft. and length was 42 ft. 2 ins.
​THE KIT:

This kit came in a tray and lid type box. It was not shrink-wrapped, but held shut with strips of tape.

The box art shows 2 Battles attacking the Maastricht bridges, as mentioned above.

The Battle in the lead is in a wave pattern of dark green and dark earth over a black under-carraige. It has the white fuselage code of PH (roundel) F amd the black serial no. P2332 under the elevators.

The side panels show color illustrations of the box arts of 4 other aircraft kits that Airfix markets: a Blenheim Mk. IV, a Kingfisher float plane, a Beagle Bassett jet and a Mosquito. No kit numbers are provided and and I assume they are all to 1/72nd scale. Some nomenclature of the Bassett, Mosquito and Kingfisher would have been nice. 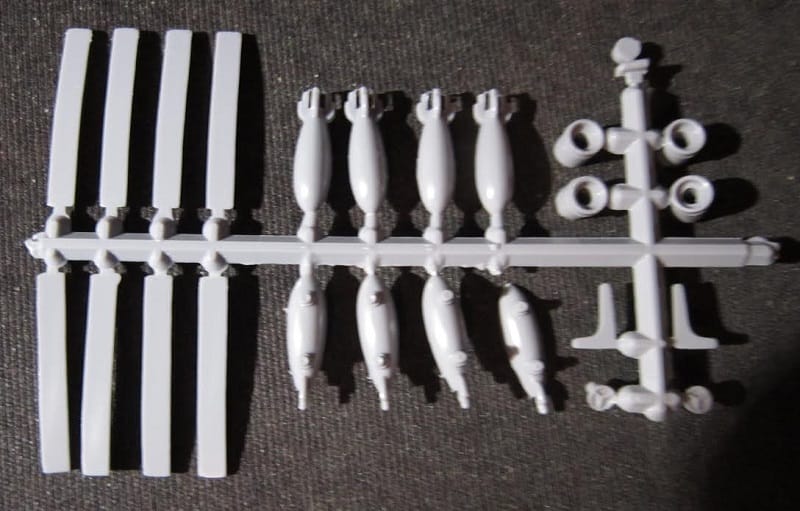 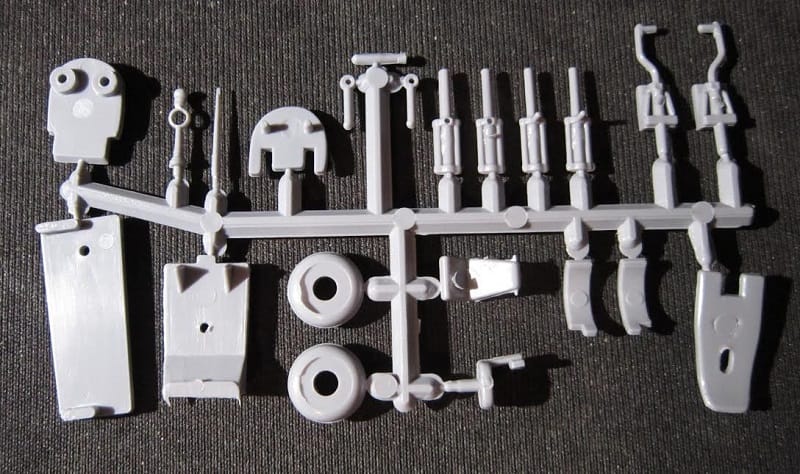 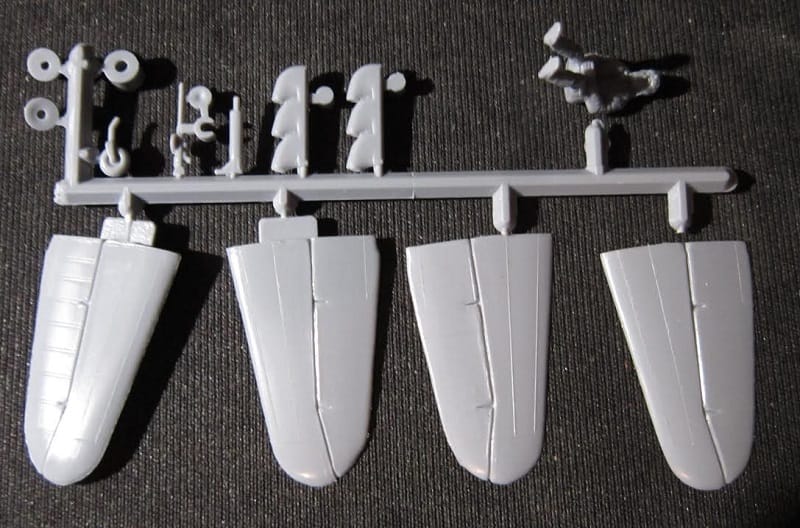 The 4th medium-grey tree holds the propeller and ailerons.

​Next is the medium grey wing and fuselage halves. 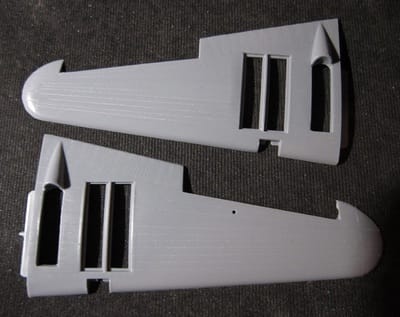 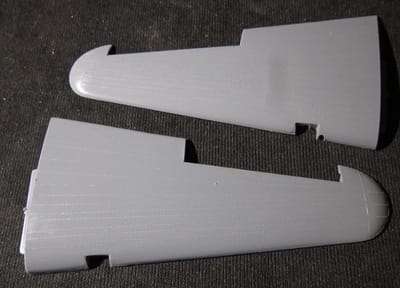 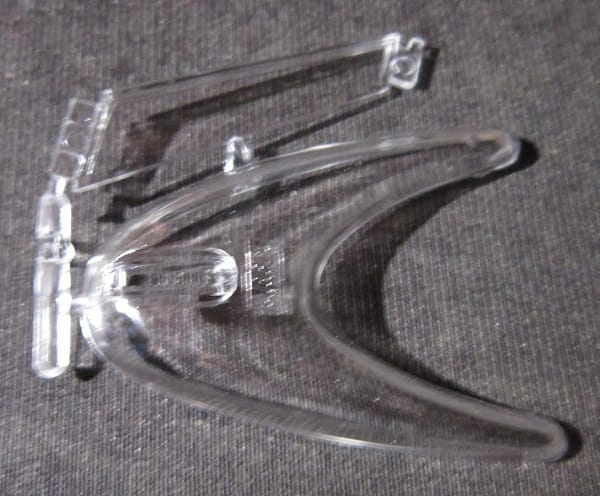 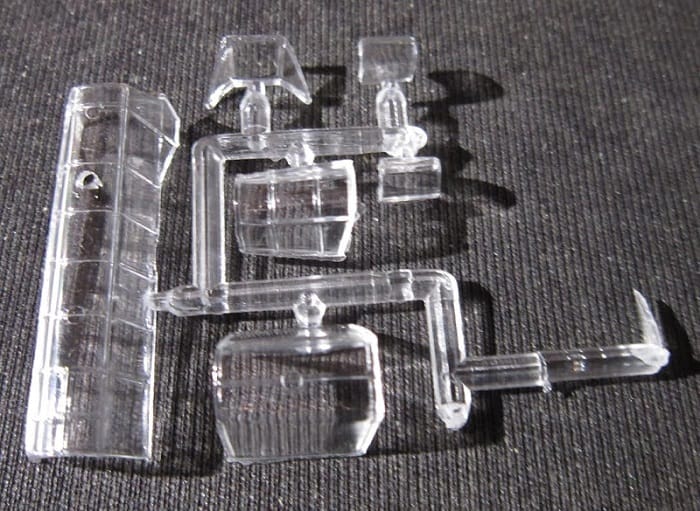 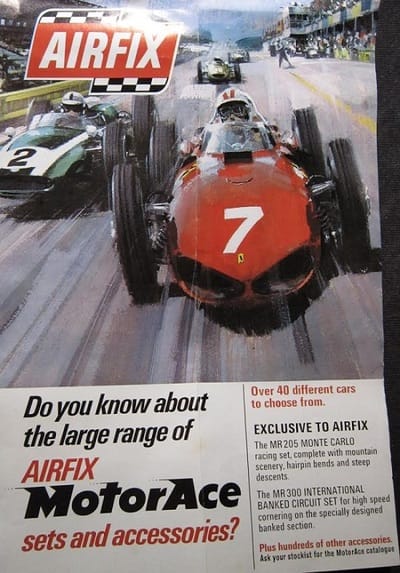 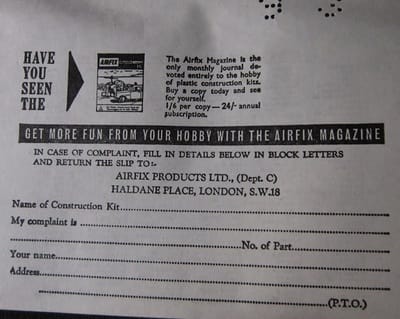 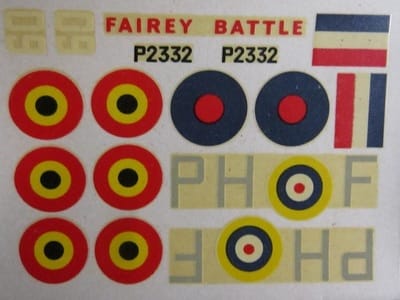 Parts trees were not cello bagged or alphabetized. They are not illustrated in the instructions and there are no part number tabs next to the parts on the trees. Bad move Airfix.

I put all the parts into a zip locked sandwich bag to keep stuff all together.

Panel lines are all of the raised variety. Other than the wing flaps other control surfaces are molded solid.

Although this aircraft was pretty much obsolescent from day one, it is a pretty nice kit.
​I purchased my kit at my local hobby shop years ago.