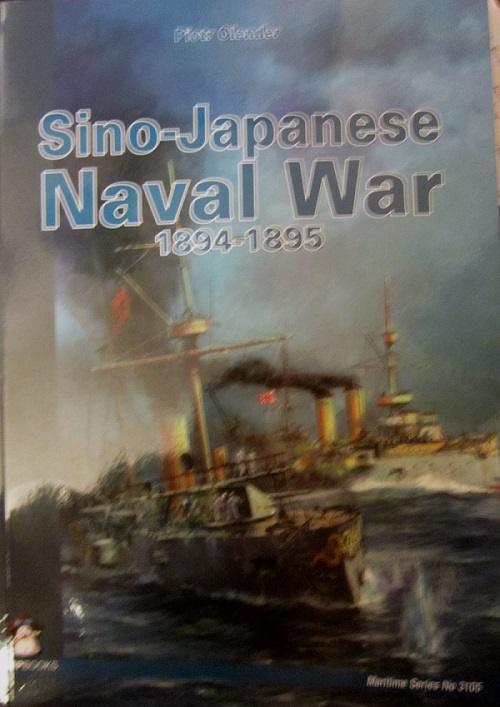 Ray Mehlberger
MMP (Mushroom Model Publications) is a book publisher based in the U.K. All their books are printed by their associate Stratus in Sandomierz Poland in the English language. Stratus also prints their books in Polish too. This new book was sent to me from Stratus.

This new book covers the Sino-Japanese Naval War of 1894-1895, a little-known part of the 19th Century naval history. The first Sino-Japanese war (1 August 1894 – 17 April 1895) was fought between the Qing Dynasty of China and Meiji Japan, primarily over control of Korea. After more than six months of continuous successes by the Japanese Army and naval forces, as well as the loss of the Chinese port of Weihai, the Qing leadership sued for peace in February of 1895.

The background, operations and outcomes are described in detail. All the ships involved, both Japanese and Chinese, are described and illustrated with full technical specifications.

There are 37 black and white illustrations, 195 black and white photos (28 of which are of prominent individuals), 15 charts, 18 maps, 9 ½ pages of ship listings, a 4 ½ page bibliography and pages of line drawings of the ships involved at the back of the book. These include:

Chinese Torpedo Boats KUANG I, FU LUNG, TING YUAN I and TSO I

There is a 3 page index at the back of the book. The last page gas 4 black and white cover arts of other titles in the series;

The first three of these are repeated on the back cover in full color.

This book will be of interest to naval historians. I really do not know if any model kits exist of any of the ships mentioned in this book.

I want to thank Roger Wallsgove Editor-in-Chief of MMP and the folks at Stratus who sent me this review copy.

The U.S. distributor is Casemate