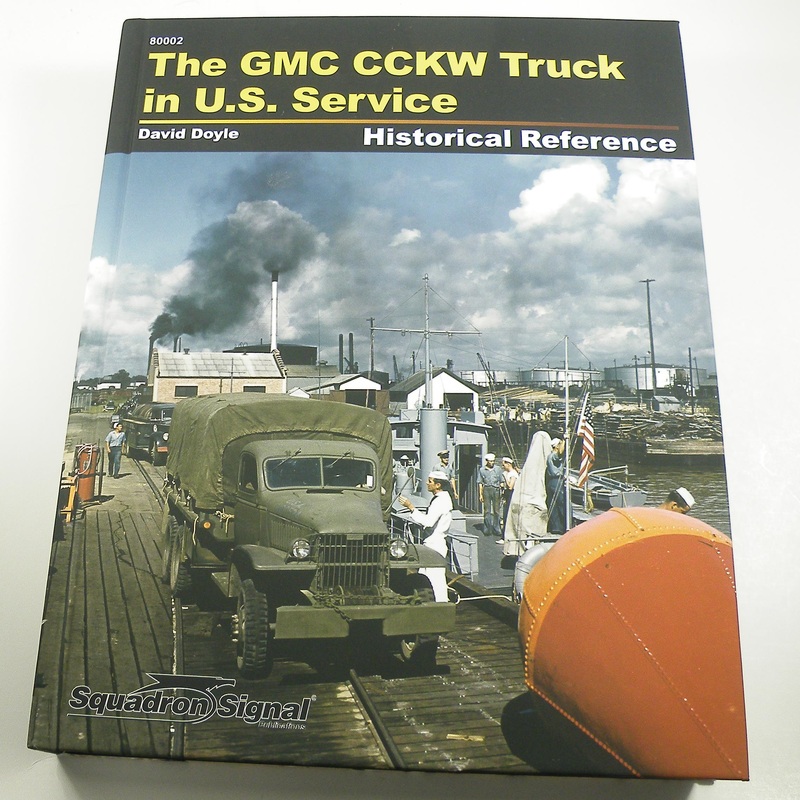 Recently, author David Doyle has released one of the best books on the GMC CCKW series of trucks which has been published by Squadron Signal. This hardbound book has 504 pages of text with black and white as well as color photographs of the history of the truck from the beginning to post Korean war use.  There are 32 chapters within the book.  Section 1 deals with the production versions of the CCKW including the long and short wheel based trucks and cab over engine trucks.  Section 2 deals with the specialized trucks such as chemical warfare, pipeline construction, line construction and many other types of trucks. These include tankers, wreckers, bomb loading vehicles, dump trucks and even trucks that were used on railroads with specially modified wheels.   Section 3 is concerned with the field use of the truck, primarily during the Second World War.  There is a post-war section but it is not quite as extensive as the war time section.

The book begins with the first truck, the ACKWX, and proceeds to document the CCKW and its various models.  Included are numerous photographs of the vehicle published by General Motors and shows the vehicle from production to use under various field conditions.  The book has extensive coverage of the manufacturing of the engine, drive train, chassis and body components.  Photographs from pre-production to full scale production models are included with photographs showing interior and exterior detail shots.  One of the more interesting versions covered in the book was the airborne version of the CCKW 353 which was built so that each half could be carried into a C-47 Transport and then re-assembled on the battlefield.  There is also a section on the use by the Medical Corp which I found interesting since a friend of mine is in the U.S. Navy Medical Corp.

There is so much to this book that it could take several pages to write all the things that are in it.  With 504 pages, this will take quite some time to read from cover to cover.  Mr. Doyle has done an excellent job in showing the various models of the CCKW series.  His documenting of the history is, in my opinion, very well done.  I rarely say this in reviews but I can state that if you have even the slightest interest in this truck, you should buy this book.  I did and I'm very glad that I purchased it.  This is a book that the modeler and the historian will use for years to come.  If nothing else, the detailed photos that were provided by the manufacturer are worth the purchase of this book alone.  It is truly everything you wanted to know about the GMC CCKW series of trucks.  I purchased my book from my local hobby shop. 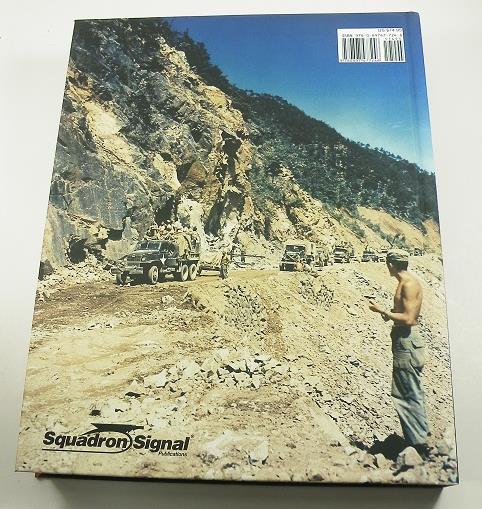