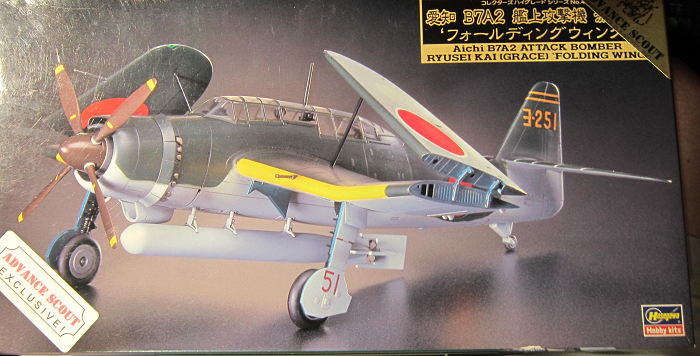 It is shown for sale one place overseas.
​HISTORY:

Developed as a carrier-borne plane capable of filling both the attack and bomber roles previously split between different aircraft, the Aichi B7A2 Ryusei-Kai (Allied code-name "Grace"), was the last Japanese naval attack plane to see mass-production during WWII.

The Imperial Japanese Navy wanted a plane capable of replacing both the Nakajima B6N Tenzan ("Jill") torpedo plane as well as the Yokosuka D4Y Suisei ("Judy") dive bomber. Their performance demands for the new plane were considerable indeed.

It was to able to carry either 500 kg of bombs internally or an 800 kg torpedo externally, have both 20 mm cannon and a 13 mm machine gun as defensive armament, be capable of reaching 300 knots, have a normal operating range of 1,000 mm and be as maneuverable as the A6M Zero.

The initial prototype, completed in December of 1942 was seriously overweight. The second prototype addressed this by redesigning the wing and cutting weight from other areas throughout the airframe. The payload bay of the Ryusei necessitated the mid-wing design, and the powerful Homare 11 engine (1,800 hp) needed a large propeller (3.5 m dia.) to bring out full performance.

These factors required the use of the inverted-gull wing design in order to prevent the plane's landing gear from being too long and weak for carrier use (the same reasons the U.S. F4U Corsair employed that design.

The wings of the Ryusei were unique in other ways as well: double-slotted flaps were supplemented by "drooping" ailerons which could drop forward of the flaps on the wing underside, and the horizontal stabilizer pitch could be adjusted in flight.

A total of nine Ryusei prototypes were built using the Homare 11 engine, which had just been developed and was proving troublesome. When the engine ran poorly, generally meeting or exceeding the Navy's specifications. In April 1944, the improved Homare 12 engine became available, and with this engine the plane entered production as the B7A2 Ryusei-Kai.

A total of 111 planes were built with either the Homare 12 or 21 engines, but ironically they never saw ship-borne service as the IJN had lost its carrier fleet by the time the Ryusei  was delivered to operational units. Instead, it flew from land hases serving with the Yokosuka and 752nd Kokutais.

Hasegawa is an old prolific model company based in Shizuoka, Japan. They make all manner of model subjects in the popular scales.

The box art shows a color photo of the Grace made up against a dark background. It is dark-green above a light-gray under-carriage, with yellow wing leading-edges and propeller tips. The tail code is 2 yellow horizontal stripes over a backwards letter "E" -251. It has a red 51 on the wheel pants.

Each corner of the box art has a sticker saying the kit is an Advanced Scout Exclusive Kit.

One side panel has a repeat of the cover art and the wing fold area, over the statement that paint and cement are not included in the kit and Hasegawa's street address.

​The other side panel shows the steel PE fret and metal parts included in the kit and a copyright date of 1999 and MADE IN JAPAN.

The instructions consist of  single-sheet that accordion-folds out into 8 pages in 7 1/2" x 10" page format.

Page 1 begins with a black and white photo of the model mde up in the box art scheme, over the history of the Grace in Japanese and English.

Page 2 begins with international assembly symbol explanations in 7 languages, including English, over the first 4 assembly steps.

Page 5 is the parts trees illustrations, over a suggested color listing.

Page 6 & 7 are the marking and painting instructions.

Page 6 has a side-view of a Grace with the 762nd Air Corps. It is dark green over a light-gray under-carriage. It has a yellow tail code of 762-10.

A 2-view of a Grace also in the same color scheme with yellow backwards E -251. The box art scheme.

Page 8 is the decal application instructions in 6 languages and general instructions, over CAUTIONS in English and Hasegawa's street address in Shizuoka, Japan and PRINTED IN JAPAN.

Medium-gray letter A tree holds: a fuselage half, cockpit side wall etc. (11 parts) Two parts are shaded out in the parts trees illustrations as being excess and not needed to complete the model. 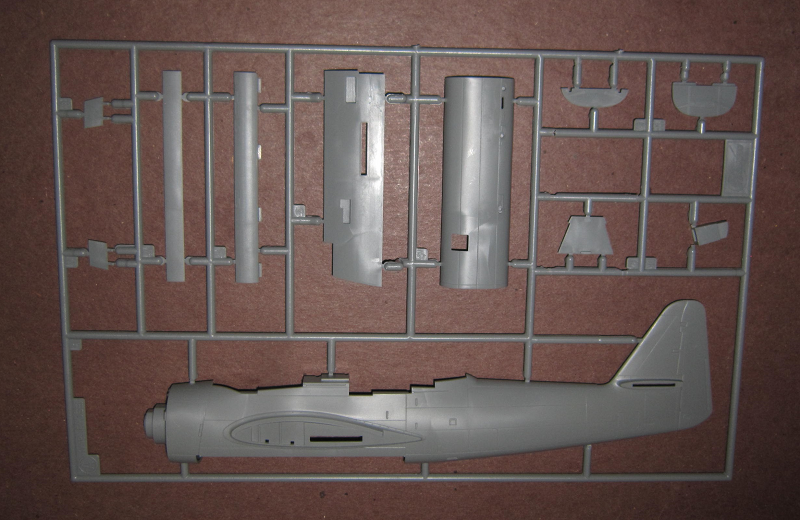 ​Medium-gray letter B tree holds: the other fuselage half, other cockpit side walls etc. (16 parts) Four are excess. 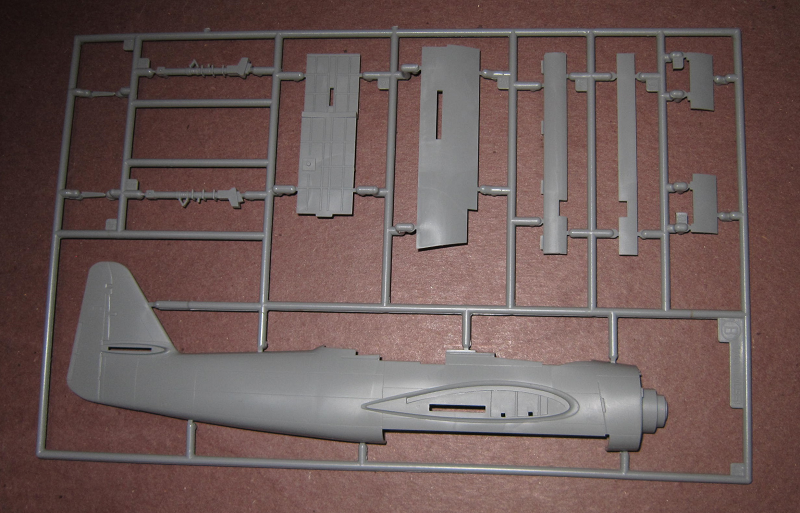 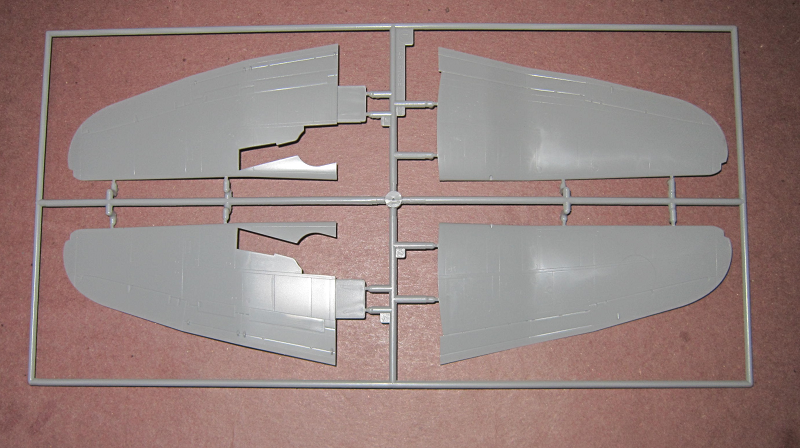 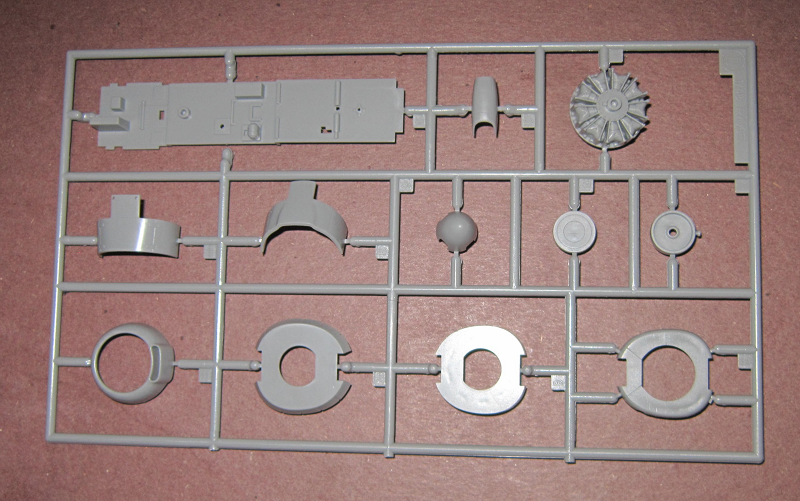 ​Medium-gray letter E tree is the propeller (1 part) This tree is co-joined to tree letter G. 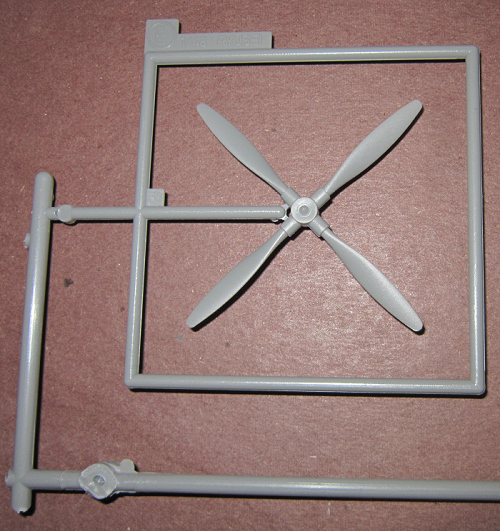 ​There are 2 medium-gray letter F trees. They hold elevators etc. (6 parts) One part is excess. 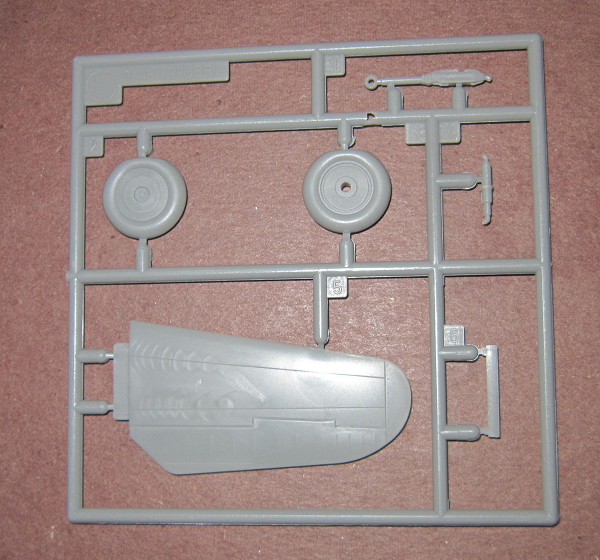 There is no letter H, I or J trees. 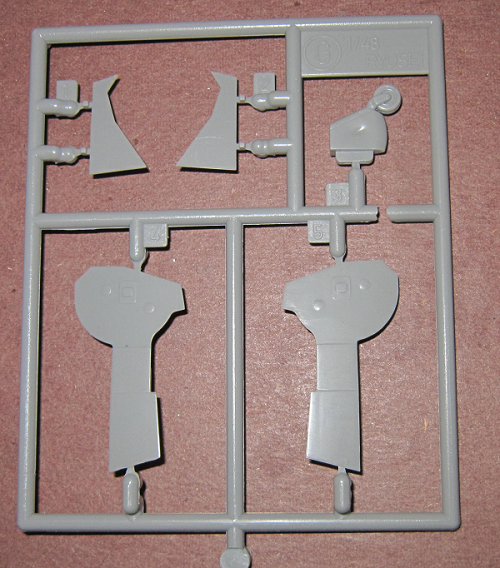 ​Clear letter K tree holds the cockpit transparencies. It is co-joined to letter L, which is the single rearmost transparency. (11 parts) 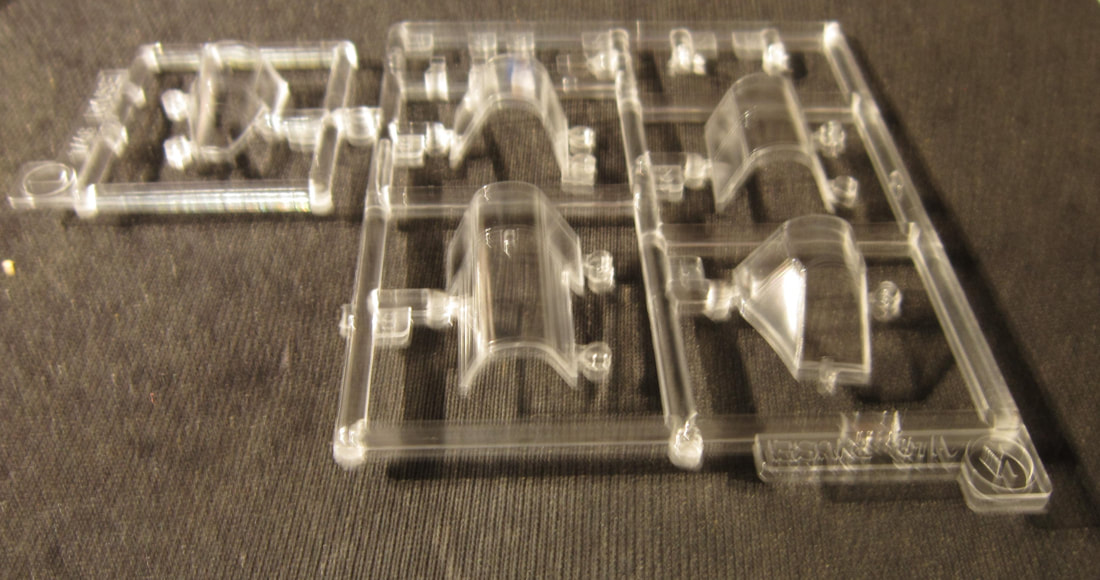 ​Lettering jumps to the black letter P tree. It holds vinyl poly caps. (4 parts) Three are excess. Only one is needed on the propeller shaft. 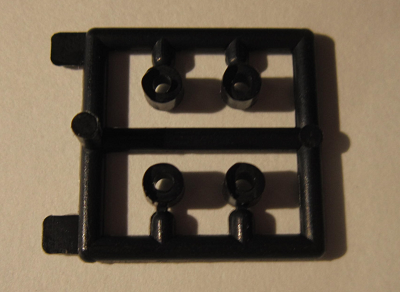 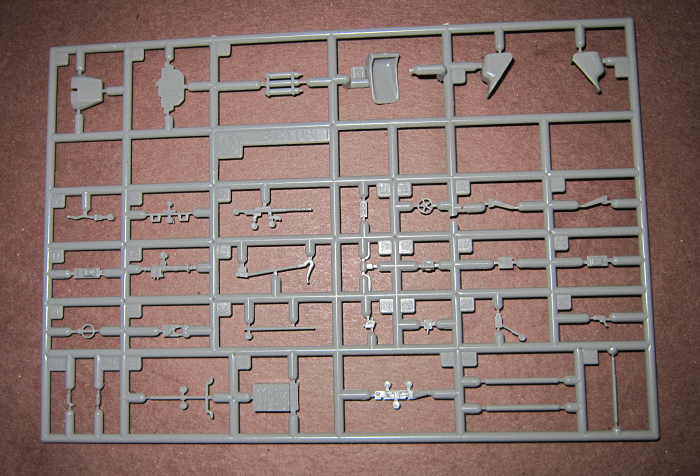 ​There are 2 identical medium-gray letter R trees.  I cannot name what they are..sorry. (5 parts per tree) 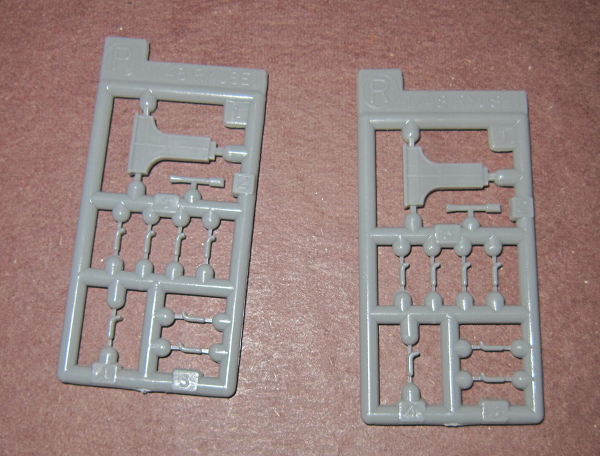 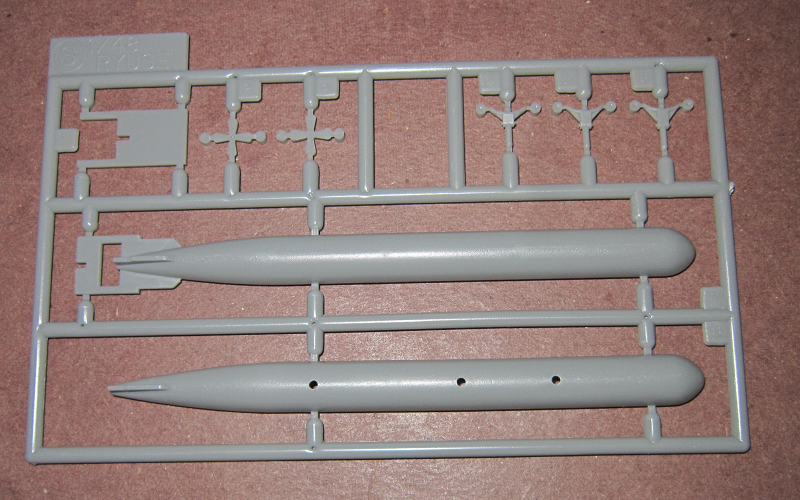 ​MA is the steel PE fret. It holds internal parts for the wing-folds and a bonus saw to use to remove parts from the trees. Nice plus. (10 parts) 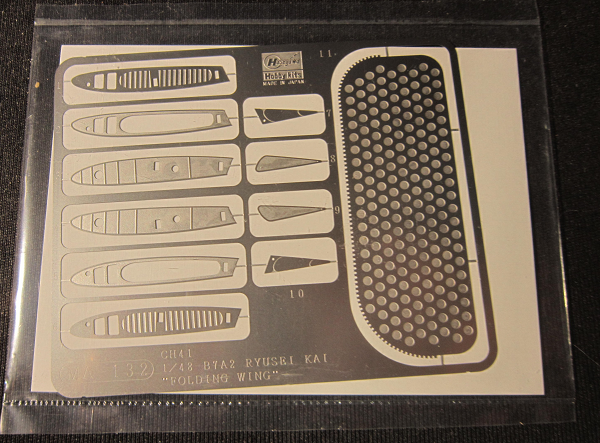 ​MB is the white metal parts, 2 rods and what I think are wing flap weights (6 parts) 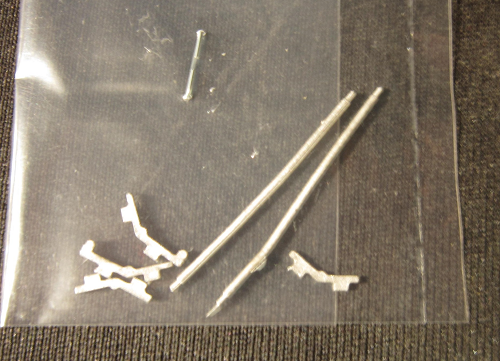 ​There is no pilot figure in the kit. Kit is highly detailed. 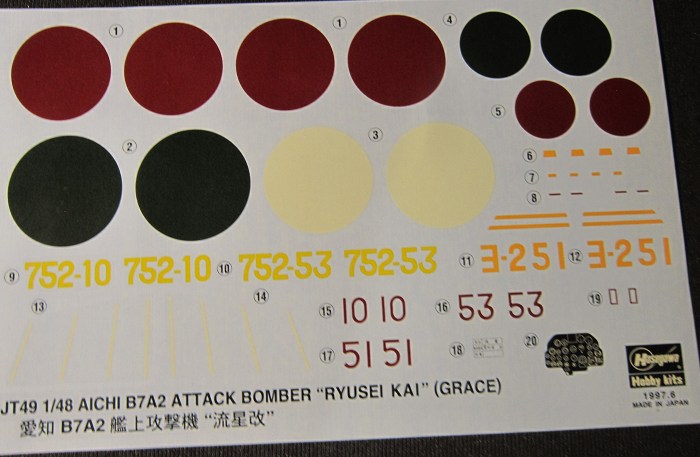