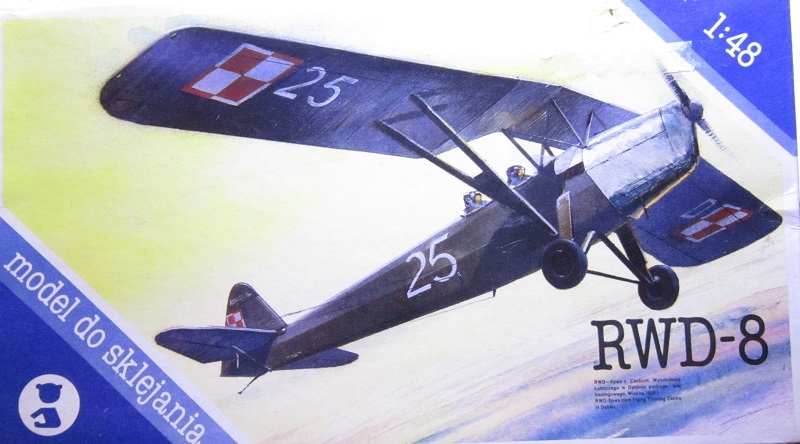 The RWD 8 was a Polish parasol monoplane trainer aircraft produced by RWD It was used from 1934 to 1939 by the Polish Air Force and in Polish civilian aviation.


The RWD 8 was designed in response to a Polish Air Force requirement in 1931 for a basic trainer aircraft. It was designed by the RWD team of Stanisław Rogalski, Stanisław Wigura and Jerzy Drzewiecki. The first prototype (registration SP-AKL), was flown in early 1933. It won the contest for the new Polish military trainer, against the PZL-5bis and Bartel BM-4h biplanes. It was considered a very stable and well-handling aircraft.

Since the DWL (Doświadczalne Warsztaty Lotnicze) workshops - a manufacturer of RWD designs - had limited production capability, the Polish military decided to produce the aircraft in a nationalized factory PWS(Podlaska Wytwórnia Samolotów). DWL gave away the licence free of charge, only for covering design costs. PWS produced aircraft for both military and civilian aviation, while DWL produced aircraft for civilian use only. The first PWS-built RWD 8 was flown in September 1934. These aircraft, designated RWD 8 PWS (or RWD 8 pws), differed from the original RWD 8 DWL (or RWD 8 dwl) in minor details, mainly having thinner landing gear shock absorbers and being slightly heavier and therefore slower.

Apart from standard variant, 50 aircraft RWD 8a PWS were built with an additional 95 l (25 U.S. gal) fuel tank in thicker central wing section, giving increased range. A small series was built with a rear cab covered with blinds, for blind flying training. A frame with a hook for glider towing could be attached to the aircraft. A further development of the RWD 8 was the aerobatics and training aircraft, the RWD-17.

In total, over 550 RWD 8s were built (about 80 by DWL and about 470 by PWS). Production ceased in early 1939. The RWD 8 was the most numerous aircraft manufactured in Poland up to that time. Small series of license-built produced 1935 by Rogožarski Belgrade (three aircraft).[1]


RWD 8s were used in the Polish military trainer aviation from 1934, becoming a standard type of primary trainer. In November 1938, there were 349 RWD 8s in the Air Force. RWD 8s were also used in Polish civilian aviation - particularly in regional aeroclubs. More than 80 aircraft were bought for public collection funds, in order to train aviators. They were also used in the Polish aviation sport.

A small number were exported: three were sold to Palestine, one to Spain, Morocco and Brazil. Licences for building the RWD 8 was sold to Estonia (one aircraft was produced, with markings ES-RWD) and Rogozarski of Yugoslavia (a small series with radial engines was built). At least one RWD 8 was sold to Spain via Portugal during the Spanish Civil War. It was used as a reconnaissance aircraft and a trainer for the Nationalist forces.

In the Invasion of Poland 1939, the RWD 8s were used in 13 liaison flights, three aircraft in each, assigned to Armies. Many other aircraft were mobilized during the campaign and used in improvised liaison units. An advantage of the RWD 8 was its capability for short take off and landing on unprepared fields, but the missions of their crews were dangerous. RWD 8s of the Polesie Operational Group were the last Polish aircraft in the sky during the campaign. They were flying reconnaissance missions during the Battle of Kock, and even threw hand grenades.

A great number of RWD 8s were bombed by the Germans in air bases (unlike Polish combat aircraft) or burned by withdrawing Poles. A total of 57 aircraft were withdrawn to Romania, about 40 to Latvia and 2 toHungary. Only some dozen aircraft were captured by the Germans in airworthy condition. In Romania and Hungary they were used until the late 1940s. None returned to Poland after t

he war, and today, none have survived.

Spojnia was a model company based in Poland. I do not know if they still exist or not.

One side panel has a color profile of a RWD-8 from the Warsaw Aeroclub. It is mostly in a silver body with a red cowling outlined with a wide blue band. There is a white square on the sides of the cowling with a number 11 in it. Black call letters SP-BLC are down the side of the fuselage. A coulple of logos are on the rudder along with black RWD-8. Spojnia’s street address in Poland is provided.

The other side panel has another side profile of a RWD-8 in overall khaki with a silver cowling. It carries the white call letters I.281 on the fuselage sides and the Hungarian Air Force wedge shaped insignia on the rudder. Above the insignia is black letters RWD-8. This aircraft was taken over by Hungary in 1939.

This kit contains 3 white trees of parts, a clear windscreen part, 2 decal sheets and the instructions. Parts are all in a large stapled cello bag.

The instructions consist of a single sheet folded in the center to create 4 pages in 8 ¾” x 11” page format.

Page 1 shows a black and white repeat of the box art, followed by the history of the RWD-8 in Polish only. The bottom of the page gives Spojnia’s street address in Poland and their telephone number there.

Pages 2 & 3 give a grand total of 7 assembly steps spread across them. A list of names of what the parts are next, in Polish only, followed by what I think is color information in Polish.

Page 4 has three 3-views for painting and marking schemes. All have been described above already. Illustrations of the dash board and cockpit interior are shown also.

There are no parts trees illustrations supplied in the instructions.

There are numbered tabs next to the parts on the sprues, but they are not alphabetized. Extra care must be taken therefore to get the right parts for each assembly. 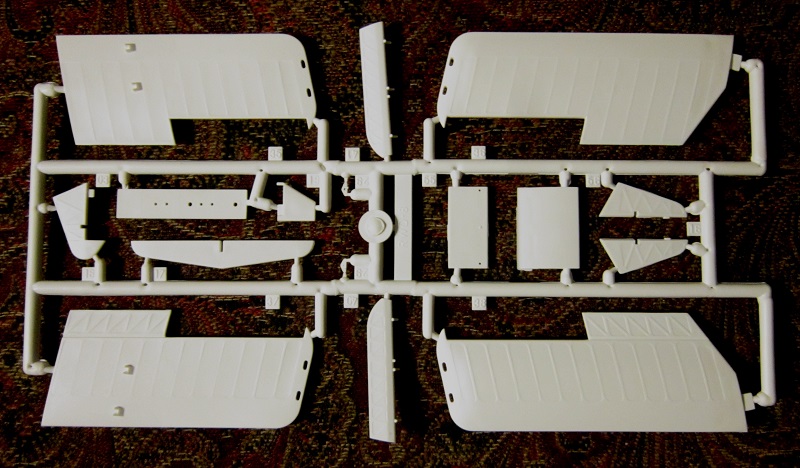 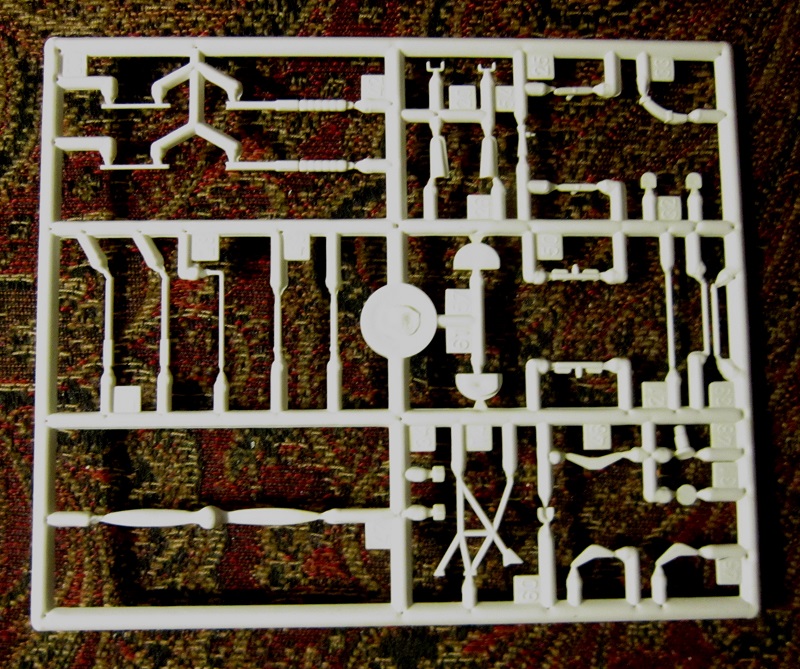 The tiny clear part tree holds the windscreen. There are two part number tabs on this sprue, but only one part. I fear I may have lost a second windscreen...sigh. 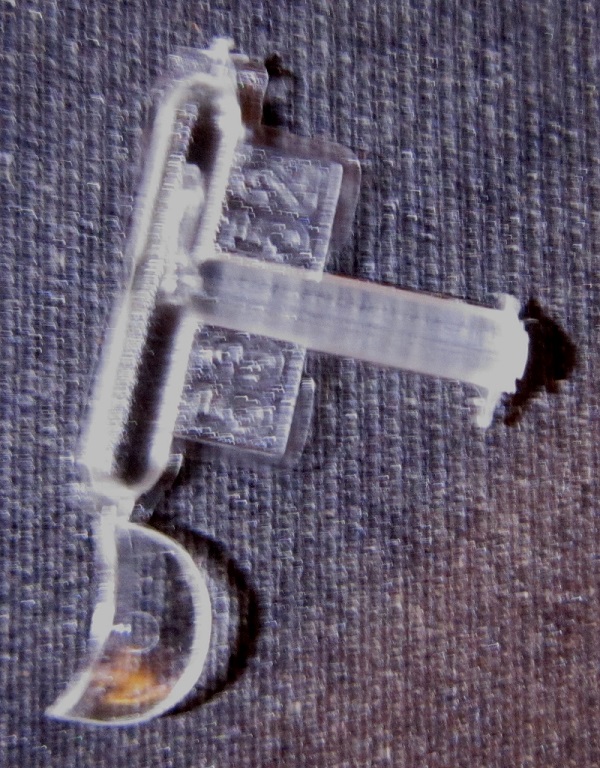 There are 2 decal sheets in the kit. The largest sheet holds the markings for the 3 schemes described earlier. There are also white instrument faces on this sheet.

The second sheet is a long strip with large and small Polish checkerboards on it and the large black call letter SP-BLC.

This is a neat kit of a little known Polish aircraft. I got my kit in trade with a modeler in Krakow, Poland years ago. Highly recommended .