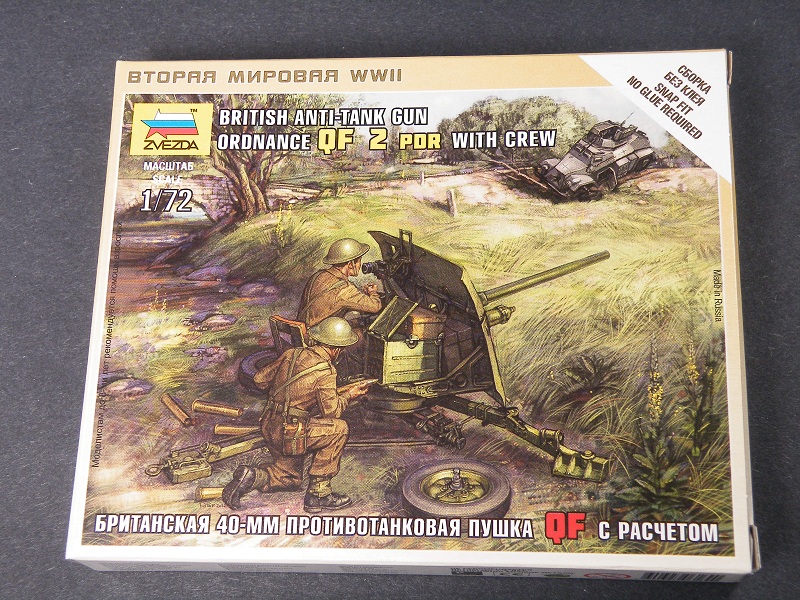 Zvezda has marketed a snap fit kit in 1/72 scale of the British QF ( Quick Firing) 2 Pounder Anti Tank gun in their continuing releases of wargame models and it is a real gem of a kit. While it is marketed for the wargamer it is still detailed enough for the display modeler. The front of the box has an illustration of a 2 Pounder in action in France 1940 and I believe this is the theater the kit is intended for as the crew uniforms are not in the North African pattern but in a temperate style. The back of the box shows the completed model and crew on the base and a separate picture of the gun crew alone, none of which are painted. A listing of the kit contents in Cyrillic and English are given as well as a web address for www.art-of-tactic.com which is a Zvezda site for their wargame products. The box itself is quite small and thin and opens on either end. The instructions are written in Cyrillic and English and have illustrations for proper assembly of the figures on the front of the sheet as well as a brief summary of the Art-of-Tactic game. On the inside of the instruction sheet are the steps and assembly sequences for the gun, figures and diorama base for the gun in it's firing position and on the last page are the assembly sequences for the towed version. Also included in the box are two cards; one is a unit card for the game and the other is a web and Facebook address for Zvezda. 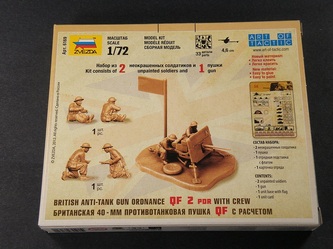 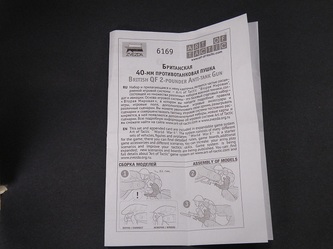 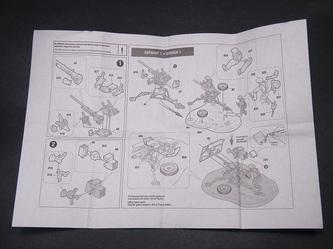 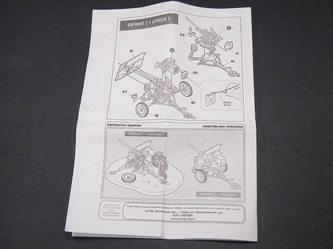 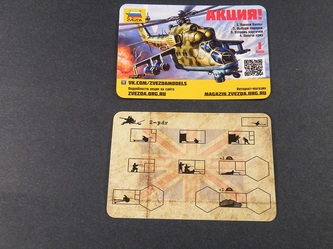 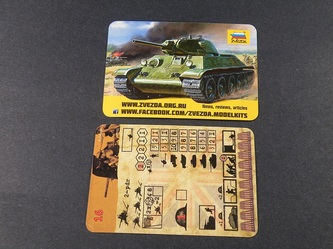 The kit contains one 2 Pounder Gun and crew and is molded on two Sand colored trees and contains 33 flash free Styrene plastic pieces including the gun crew. As stated before, the kit gives you two kinds of gun carriages; one is for displaying on the kit supplied base in the firing position and the other is for towing behind a vehicle.
The base has a pebbly finish to it that simulates soil and there are location holes for the gun and crew as well as two shell casings molded into the base. No decals are included nor is there a painting guide for a color scheme for the gun or crew except for the box art itself.  The only negative molding on the kit are two ejector pin marks on the inside of the gun shield.  These should be hidden by the crew or they could be filled and sanded if needed.  The crew figures are well done and come with location pins in the arms and legs for snap fit assembly as well as an entrenching tool for one figure.  Pegs are on the bottom of the figures as well as the carriage that is in the firing position to match the corresponding holes on the diorama base.  A large flag is included to be added to the base but I believe this is for wargaming only.  The detail on all the parts is very fine and extremely well done. There are separate hand wheels and a gun laying site and even the ends of the shells are represented in the ammunition box that is attached to the gun. When you add the ammunition box cover there are notes to prompt you to remove hinge detail on one side or the other so the box lid will fit properly in whichever position you want to display it. The only additional work I can see that needs to be done is for the gun barrel to be drilled out. 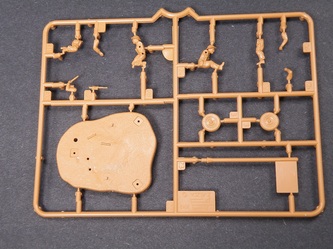 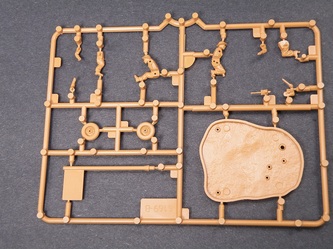 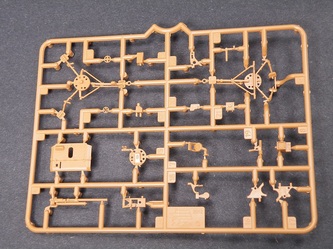 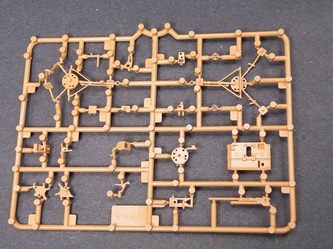 For early British artillery, this is a very important model.  It served not only in France but in North Africa as well.  Many were ground mounted while others were put on Portees to be used as mobile artillery. Zvezda continues to produce highly detailed wargame kits and this one is a very welcomed addition. I highly recommend this kit to anyone interested in British army artillery of the Second World War. I purchased this kit from my local Hobby Town in Indianapolis.