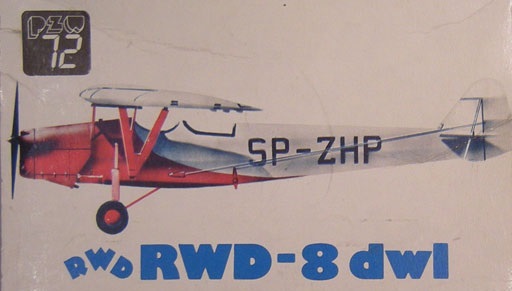 The RWD-8 was a Polish trainer aircraft used from 1934 to 1939 by the Polish Air Force and Polish civilian aviation, constructed by the RWD. The aircraft was designed in response to a Polish Air Force requirement of 1931 for a basic trainer aircraft. It was constructed by the RWD team of Stanislaw Rogalski, Stanislaw Wigura and Jerry Drzewieki. The first prototype (registration SP-AKL), was flown in early 1933. It won the contest for Polish militrary trainer, against the PZL-5bis biplane. It was considered a very stable and well-handling aircraft.

Since the DWL (Doswiadczalne Warsztaty Lotnicze) workshops – a manufacturer of RWD designs – had limited production capability, the Polish military decided to produce the plane in a nationalized factory PWS (Podlaska Wytwornia Samolotow). DWL gave away the license free of charge, only for covering design costs. PWS produced aircraft for both military and civilian aviation, while DWL produced aircraft for civilian use only. The first PWS-built RWD-8 was flown in September 1934. These aircraft, designated RWD-8 PWS (or RWD-8 pws), differed from the original RWD-8 DWL (or RWD-8 dwl) in minor details, mainly having thinner landing gear shock absorbers and being slightly heavier and therefore slower.

Apart from the standard variant, 50 aircraft RWD-8a PWS were built with additional 95 liter (25 US gal) fuel tanks in a thicker central wing section, giving them longer range. A small series was built with a rear cabin covered with blinds, for blind-flying training. A frame and a hook for glider towing could be attached to the plane. A further development of the RWD-8 was the aerobatics and trainer plane RWD-17.

PZW brand is short for Podlaskie Zaklady Wytworcze in Poland. This is the only kit I have ever seen by this brand and I don’t know if they exist any more as a model company. The kit has a copyright date of 1988.
THE KIT:

The kit comes in a shrink-wrapped  end-opening type box.

The box art is a profile of a RWD-8 painted silver with a red forward fuselage and main-wheel hubs. It carries the fuselage call sign SP-ZHP.

This is done on a pure white background.

Inside the box is a single sealed cello bag holding two parts trees, molded in canary yellow, a tiny tree with 2 clear windscreen parts on it, the decal sheet, instructions and a plastic container with a lid that holds model cement. The cement has long since dried up.

The instructions are printed on a single sheet that is 16” x 7” and folded over numerous times into a 3 ½” x 4” square. On one side of it is the history of the RWD-8 in Polish only. This is followed by painting and marking instructions and drawings for 3 different schemes for the aircraft. Each has a profile drawing and a drawing of the upper and lower wings. Colors are called out in Polish only.

1. A RWD-8 in overall silver with a red forward fuselage and the call letters SP-ZHP in black on the fuselage sides and above and below the parasol wing. There is an indistinct logo of a red image on a white disc that goes on the vertical tail surface. RWD-8 appears high on the tip of the tail in red.

2. A RWD-8 in the same scheme as above, but with the call letters SP-BLC in black in the same 4 locations. It also has a black number “11” in a black square on the sides of the nose. RWD-8 appears high on the tip of the tail in red.

3. A RWD-8 in overall khaki with white call letters SP-BHX in the 4 locations with a number “33” in a black square on the sides of the nose. RWD-8 appears high up on the tail in white. Below are the decals for these schemes. 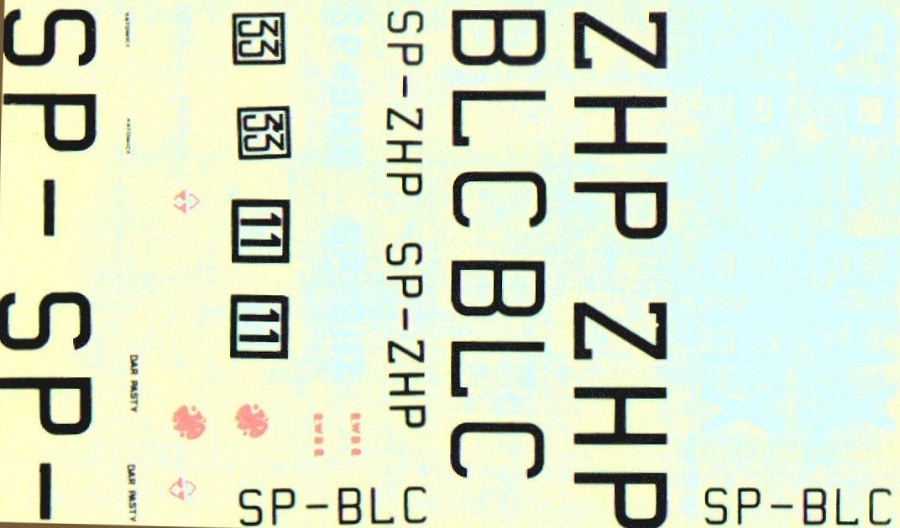 The other side of the instructions begins with the parts trees drawings and a list of the parts names in Polish only. There is one very busy exploded drawing offered to assemble the kit from. 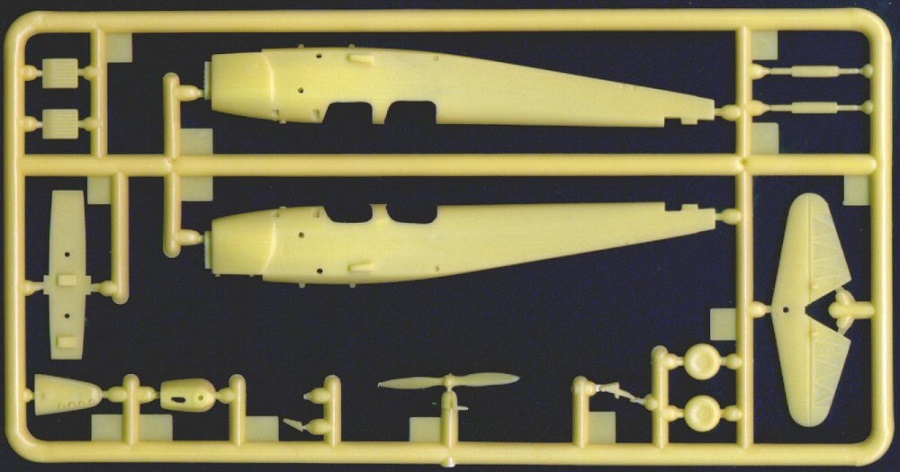 The other yellow parts tree holds: the parasol wing and its support struts, the rudder, seats etc. (22 parts) 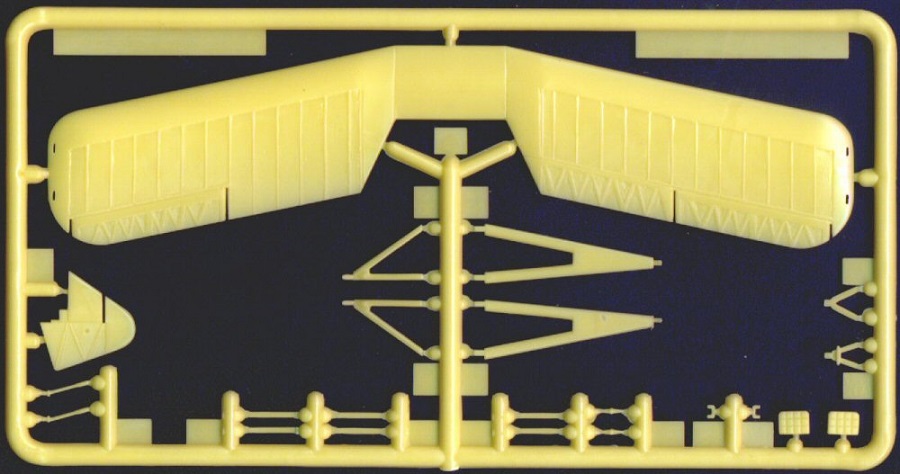 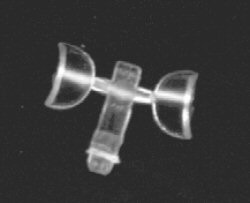 This is a nicely molded aircraft with good detail. I recommend it to modelers with an interest in trainer aircraft. I cannot help but think it looks a lot like the British Tiger moth in profile.

I got my kit in trade with a guy in Krakow, Poland years ago.