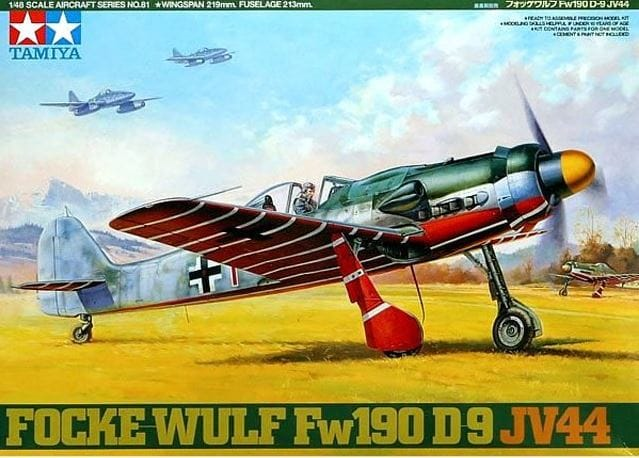 My kit has a copyright date of 2003 and is out of production.
​HISTORY:

Along with its well-known counterpart, the Messerschmitt Bf 109, the Fw 190 became the backbone of the Luftwaffe's Jagdwaffe (Fighter Force).

The Fw 190A started flying operationally over France in August 1941, and quickly proved superior in all but turn radius to the Royal Air Force's main front-line fighter, the Spitfire Mk. V, particularly at low and medium altitudes.

The 190 maintained superiority over Allied fighters until the introduction of the improved Spitfire Mk. IX.[4] In November/December 1942, the Fw 190 made its air combat debut on the Eastern Front.

The Fw 190 provided greater firepower than the Bf 109 and, at low to medium altitude, superior manoeuvrability, in the opinion of German pilots who flew both fighters.

From the Fw 190's inception, there had been ongoing efforts to address this with a turbo supercharged BMW 801 in the B model, the much longer-nosed C model with efforts to also turbocharge its chosen Daimler-Benz DB 603 inverted V12 power plant, and the similarly long-nosed D model with the Junkers Jumo 213.

Problems with the turbocharger installations on the -B and -C subtypes meant only the D model would enter service, doing so in September 1944. While these "long nose" versions gave the Germans parity with Allied opponents, they arrived far too late in the war to have any real effect.

Manufacturer: Primarily Focke-Wulf Flugzeugbau AG, but also AGO, Arado, Fieseler, Mimetall,Norddeutsche,Dornier and others

The box art shows 2 FW-190D-9's on a grassy airfield running up their engines. Two Me-262 jet fighters are overflying the field.

Both FW's are 2 shades of green above light gray sides. They have yellow propeller spinners.

The one in the foreground has a fuselage code of + and a red 1 outlined in white.

This aircraft is with JG44 Wurgenstaffel and is Lt. Heinz Sachsenberg plane.

Both FW's have red and white striped undercarriages. This is a pattern applied to the undersides of aircraft assigned to protect fields against Allied attacks. To show anti-aircraft gun crews they are friends and not foes.

The two Me-262's are too far away to make out any markings or colors.

One side panel has a color 3-view of the box art scheme, that further shows it has a circle with a checkerboard pattern on it below the cockpit. this is followed by a paragraph in Japanese and Tamiya's address in Shizuoka City, Japan and the copyright date of 2003.

​The other side panel shows a 3-view of a FW-190D-9 in the same color scheme, with fuselage code red 3 outlined in white +. It is with the same JG44 and is Hptm. Waldemar Wobke's aircraft. This is followed by a paragraph in Japanese and a color illustration of the standing pilot figure in the kit.

The main instructions is a single-sheet that accordion-folds out into 8 pages in 8 1/2" x 11" page format.

Page 1 begins with a black and white photo of the model made up in the box art scheme, with the standing pilot beside it, over the history of the FW-190D-9 in 8 languages, including English.

Page 2 begins with READ BEFORE YOU BEGIN instructions, over suggested tools to use, a list of paint colors and CAUTIONS in 6 languages, including English, over the first assembly step.

Page 3 to the top of page 7 gives a balance of a total of 10 assembly steps.

The bottom of page 7 has the pilot figure assembly and painting instructions, showing him with either a officer's peaked hat or a soft cloth field cap.

Page 8 is the painting and decal instructions, over a customer assistance mail-in coupon in the 6 languages.

The second instruction sheet is a 14" x 22" sheet folded twice to fit the box. It is printed on one side in color on slick-coated paper.

It has a 1/48th scale top and bottom view and side views of the box art scheme. Which is an aircraft shown as it was in April 1945 at Munchen-Rien.

There are two 1/72nd scale 2-views of the top and bottom patterns. One is Wulke's aircraft already shown on a side panel and described above. It is as it appeared in May 1945 at Ainning Airfield.

The second view is in the same color pattern, with fuselage code red 13 outlined in white +. Also with JG 44 Wergenstaffel. It is Oblt. Klaus Faber's aircraft as shown in May 1945 at Ainning Air Field. 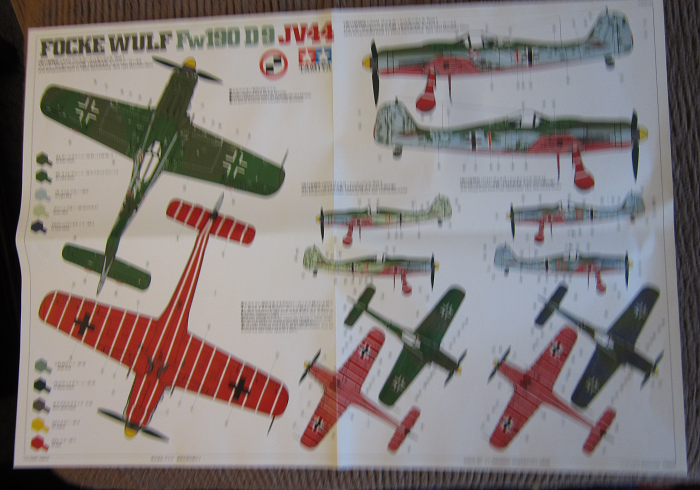 Trees are alphabetized, but not illustrated in the instructions. They do have part number tabs next to the parts on them. 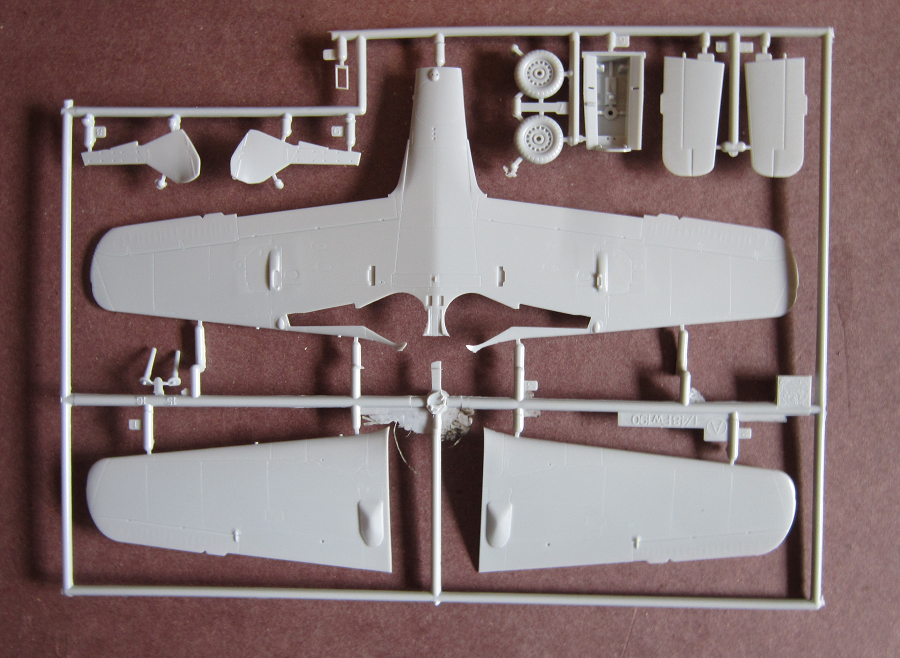 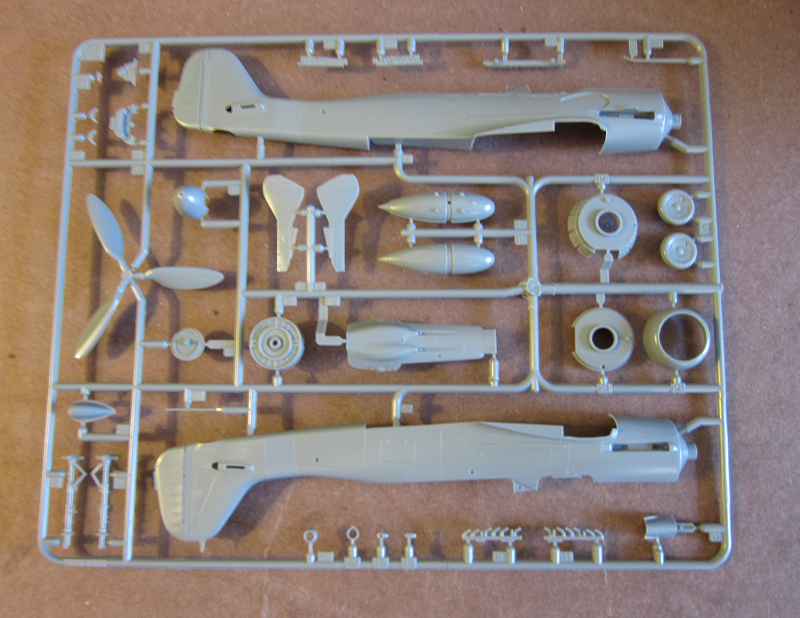 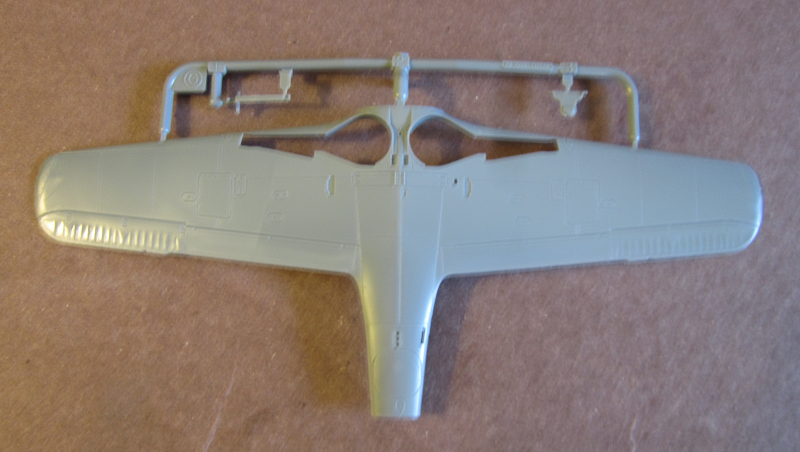 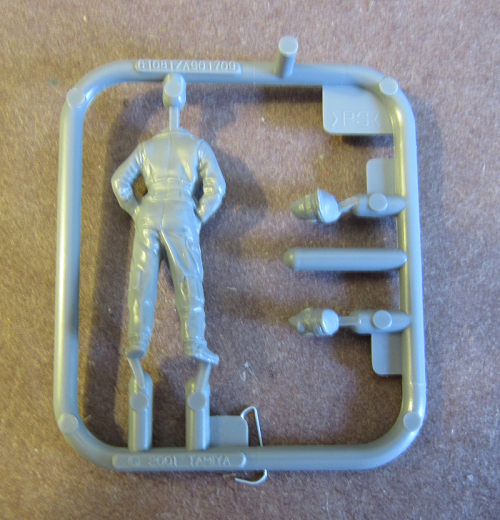 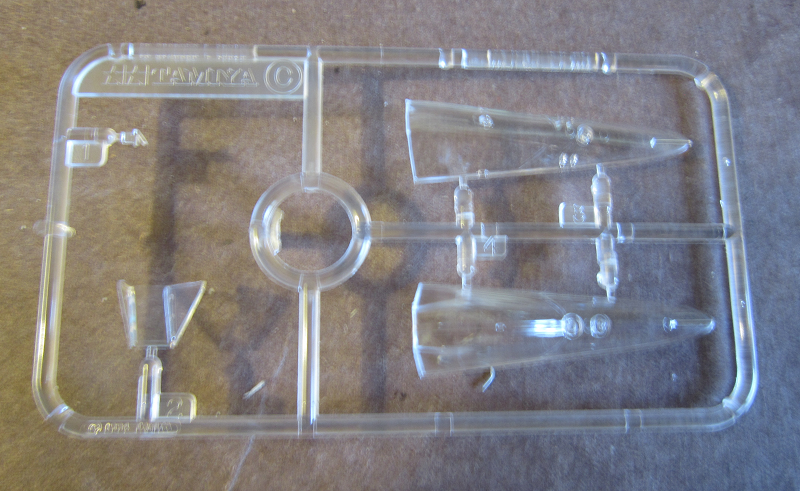 ​The black vinyl poly caps are next (2 parts) 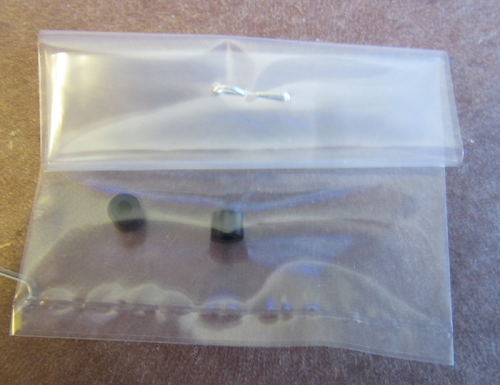 ​The decals and correction sheet completes the kits contents. 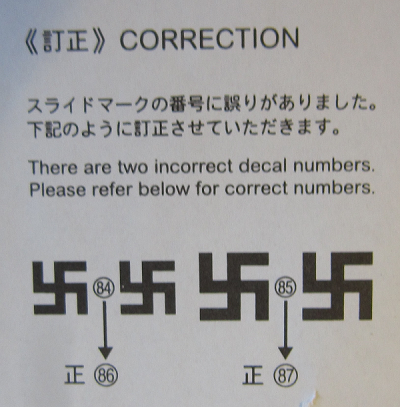 ​Kit has great engraved detail. Flaps are all molded solid though.