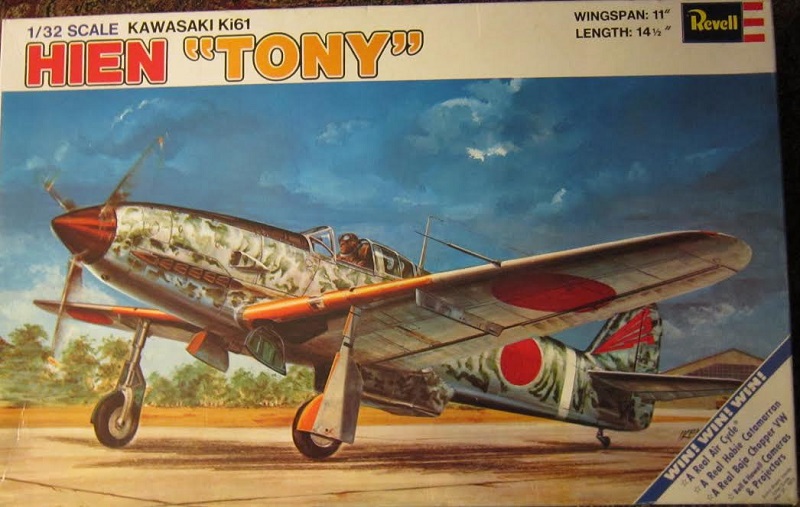 The Kawasaki Ki-61 Hien ( "flying swallow") is a Japanese World War II fighter aircraft used by the Imperial Japanese Army Air Force. The first encounter reports claimed Ki-61s were Messerschmitt Bf 109s: further reports claimed that the new aircraft was an Italian design, which led to the Allied reporting name of "Tony", assigned by the United States War Department.The Japanese Army designation was "Army Type 3 Fighter".  It was the only mass-produced Japanese fighter of the war to use a liquid-cooled inline V engine. Over 3,000 Ki-61s were produced. Initial prototypes saw action over Yokohama during the Halsey-Doolittle Raid on 18 April 1942, and continued to fly combat missions throughout the war.

Revell is an older prolific model company based in the U.S.A. with manufacturing facilities both here and in Germany. In recent years it has become associated with Monogram brand.

The box art shows a Tony taking off from a paved air field. It is in overall bare metal with a green mottling on the upper surfaces. It has a red propeller spinner, a white fuselage band and a red squadron logo on the rudder.

Back in 1971, Revell was having a drawing for prizes. It is mentioned on one corner of the box art. An entry blank for this is inclosed in the kit for this. However, back then I never bothered to enter. I figured I didn't have a snow ball's chance in hell of winning a darn thing.

One side panel has a one paragraph history of the Tony, followed by 4 color walk around type photos showing the removable side panels to display the NA-40 engine with machine guns. The movable propeller, wheels and radiator shutter, wing lights and clear canopy and engraved fabric control surfaces are all provided. There are also simulated flush rivets on the kit parts. The pilot is in authentic flight gear and there are official Japanese Army markings.
The copyright date shown here is 1972, with Revell's address in Venice, CA and MADE AND PRINTED IN THE U.S.A.

The other side panel has a coupon to send to Revell to join their now defunct Master Modelers Club for a buck back then.
​WHAT'S IN THE BOX:

This kit contains 5 trees of chalk-white parts trees, a clear tree, the decal sheet, instructions and the drawing entry coupon.

The instructions consist of a single sheet that accordion-folds out into 6 pages in 7 1/2" x 10 page format.

Page 1 of the instructions begins with a black and white photo showing a side view of the made up Tony in the box art scheme, followed by it's history and specifications.

Page 2 begins with BEFORE YOU BEGIN instructions, followed by the first 2 assembly steps.

Page 3 through to the top of page 6 give a grand total of 9 assembly steps.

The bottom of page 6 has a 2-view of the Tony in the box art scheme.


Each assembly has text to walk you through the build step by step.

No parts trees illustrations are in the instructions.

Part trees are not alphabetized, but the parts on the trees are numbered. This means extra work in identifying the parts correctly that are needed in each assembly step. Bad move years ago Revell !! 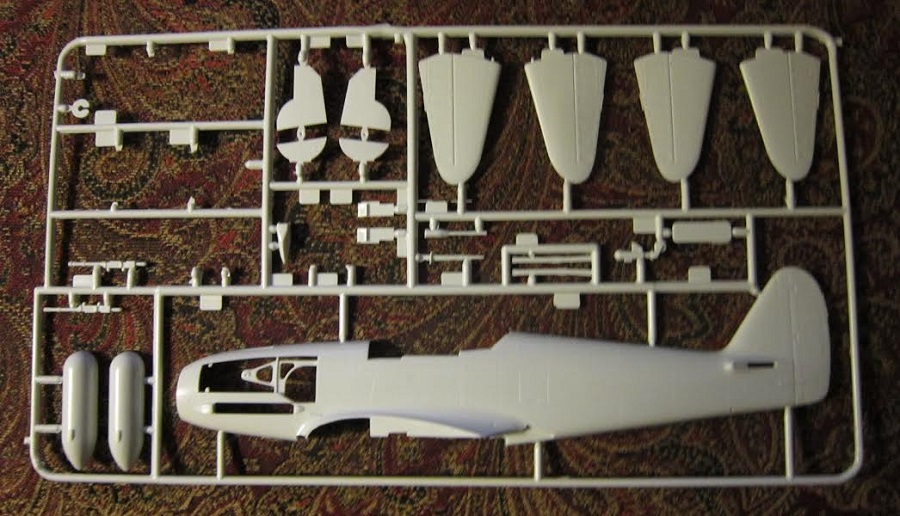 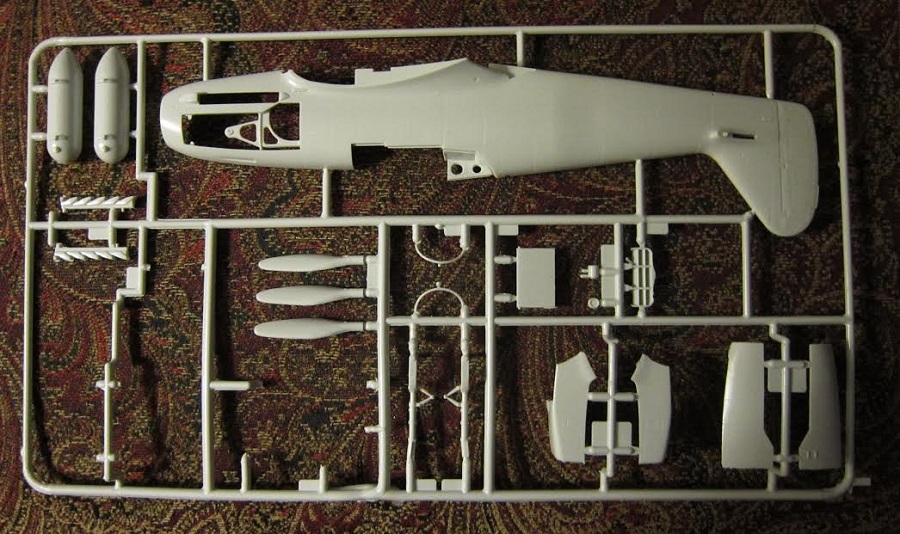 A final small chalk-white parts tree holds the pilot figure. He is in two halves, his front and rear. 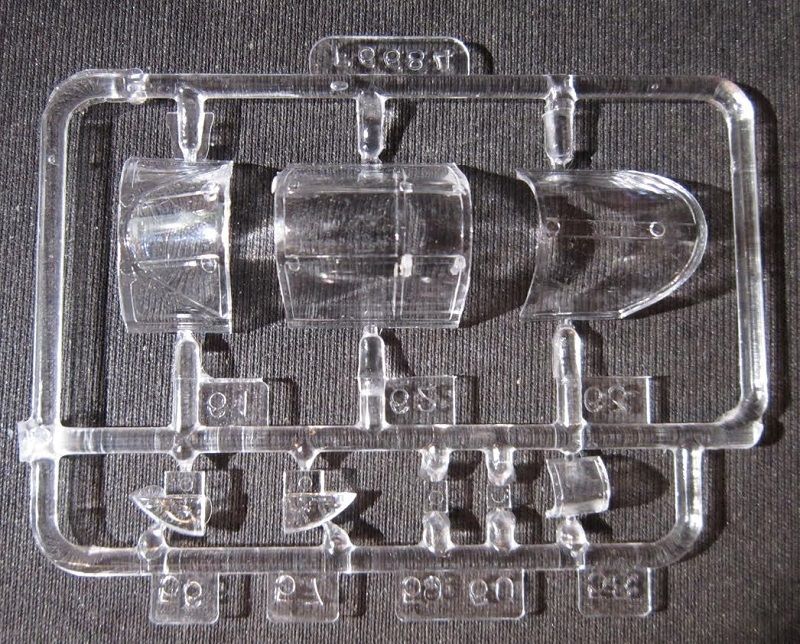 The decal sheet completes the kit's contents. It just holds the box art scheme and some small stenciling. 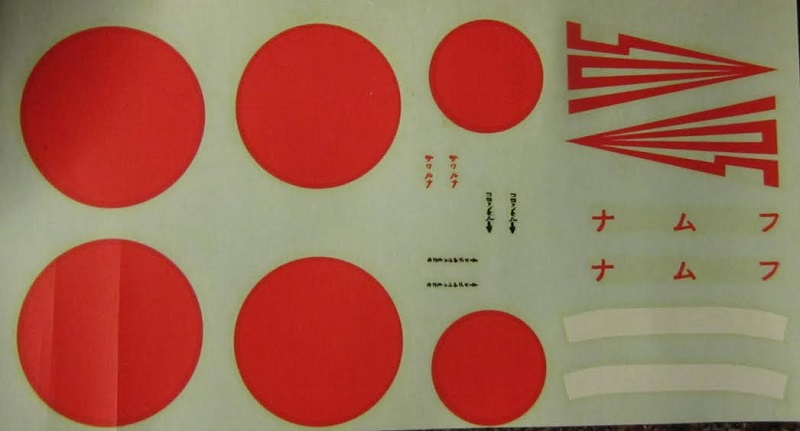 I have started some assembly of this kit. I put the engine, fuselage and the cockpit interior together. Both are very nicely detailed.

The control surfaces are molded solid and would take surgery to re position.
Very highly recommended. I purchased my kit for a measily 2 bucks from the Toy Fair store at the mall here in town that went out of business years ago. They had marked the kit down from 4 bucks.