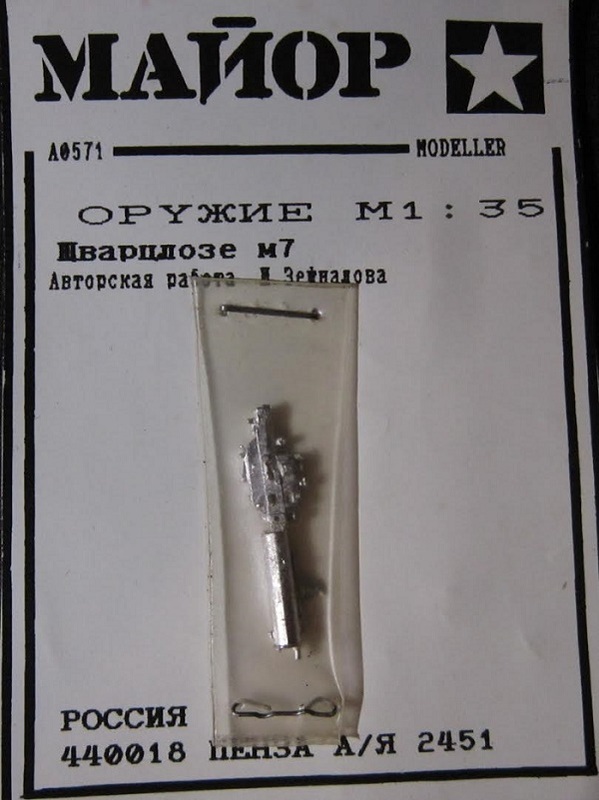 Set no. AO571
By Ray Mehlberger

The Maschinengewehr (Schwarzlose) M. 7, also known as the Schwarzlose MG, is a medium machine gun, used as a standard issue firearm in the Austro-Hungarian Army throughout World War I. It was utilized by the Dutch, Greek and Hungarian armies during World War II. It was routinely issued to Italian colonial troops, alongside the Mannlicher M1895 rifle.

Unfortunately, the header card that the small cello bag is attached to is all in Cyrillic Russian.

This set consists of just one part - the barrel of the gun. It is stapled to a header card inside a small cello bag.