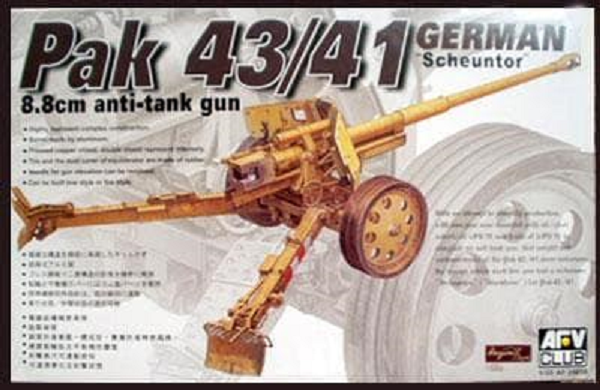 Due to restrictions brought by the Versailles Treaty, German development of large caliber guns had gone no further than design stage during the 1920's. After the Nazi Party, who claimed Germany, had no obligation to follow the treaty, seized power in 1933.

The German Armed Forces were being re mobilized, the famous 8.8 mm Flak had also entered production. Originally designed as an anti-aircraft gun, the 8.8 mm Flak was in fact a dual purpose weapon, which also made a highly effective anti-tank gun.

The 8.8 mm Flak 18 made its debut in the Spanish Civil War that fought between 1936 and 1939, in which it was proven an excellent weapon.

Due to the outstanding combat performance, the 8.8 mm guns were widely used by the German Armed Forces during WWII, for both anti-aircraft and anti-tank duties. Various 8.8 mm weapons had been developed, many late war German heavy tanks also adapted these guns as their main armament.

As the war turned its tide against the Axis in 1943, demand on the 8.8 mm cannon had grown even greater. With an attempt to simplify production, a 8.8 mm L/71 gun was mounted on the existing two-wheeled or "split trail" carriage of the leFH 18 105 mm howitzer to complete an anti-tank gun, designated the Pak 43/41.

In order to hold its weight, the Pak 43/41 adopted a pair of all-steel wheels of sFH 18 15 cm heavy howitzer. It also was equipped with a spaced gun shield, and a pair of recoil springs to reduce the recoil distance.

AFV Club is based in Taipei, Taiwan with the Hobby Fan Trading Co., Ltd.

The kit comes in a shrink-wrapped blousy tray and lid type box. The box is 2" too long and 3" too wide.

The box art shows the gun in firing position and in overall sand-yellow, posed against a larger very pale-gray illustration of it.

One corner of the box art has features of the kit: Highly representative complex construction. Barrel made by aluminum. Pressed copper shield. Double shield represented intensely. Tires and the dust cover of the equalibrater are made of rubber. Needle for gun elevation can be revolved. Can be built tow style or fire style.

The other corner of the box art has a 1-paragraph history of the gun.

Both side panels have a side view of the gun in a base of sand-yellow with dark-green and red-brown blotch pattern, showing 3 levels of barrel elevation.
​One side panel has illustrations of the high-tech parts: The black vinyl tires, PE fret, turned-aluminum barrel and pressed-brass parts.

The other side panel has Hobby Fan Trading Co. Ltd's street address in Taipei, Taiwan and their telephone and FAX numbers, specifications of the gun and the kit is for modelers over age 14. The importer for Europe is Azimut Productions in Paris. France. 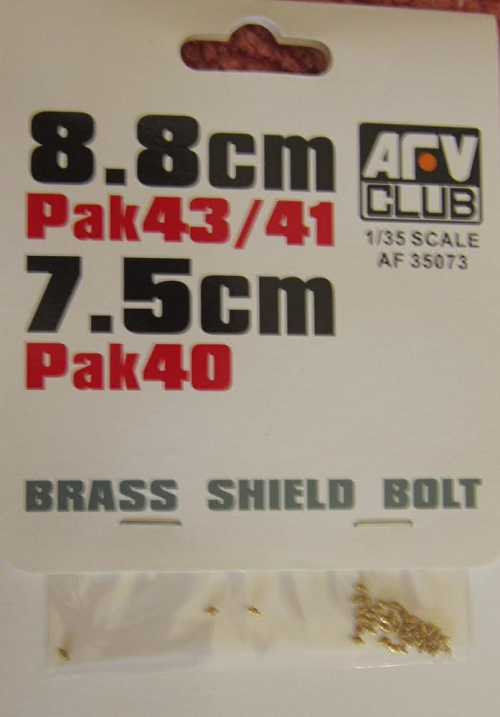 There are line drawings of the Sd.Kfz. 251 Ausf. D included that was to be released. 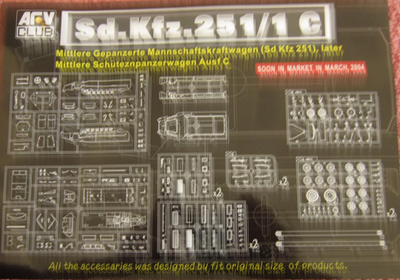 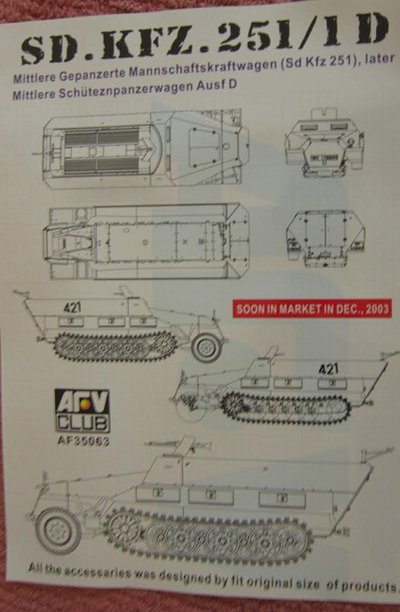 Page 1 begins with an illustration of the gun over it's history in English and Chinese.

Page 2 begins with 2 paragraphs in Chinese over international assembly symbol explanations and a suggested listing of Gunze Sangyo, Humbrol, Revell and Life Color brands of hobby paints, in English and Chinese.

Page 15 has the marking and painting instructions. It shows 3 side views: one in overall dark-yellow, one in dark-yellow with a German-gray barrel and one with a blotch pattern of German-gray and red-brown over dark-yellow.

Page 16 begins with parts trees illustrations, over a service coupon in English and Chinese. 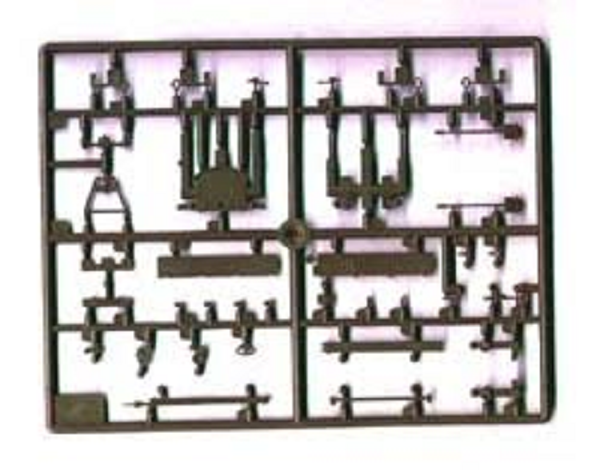 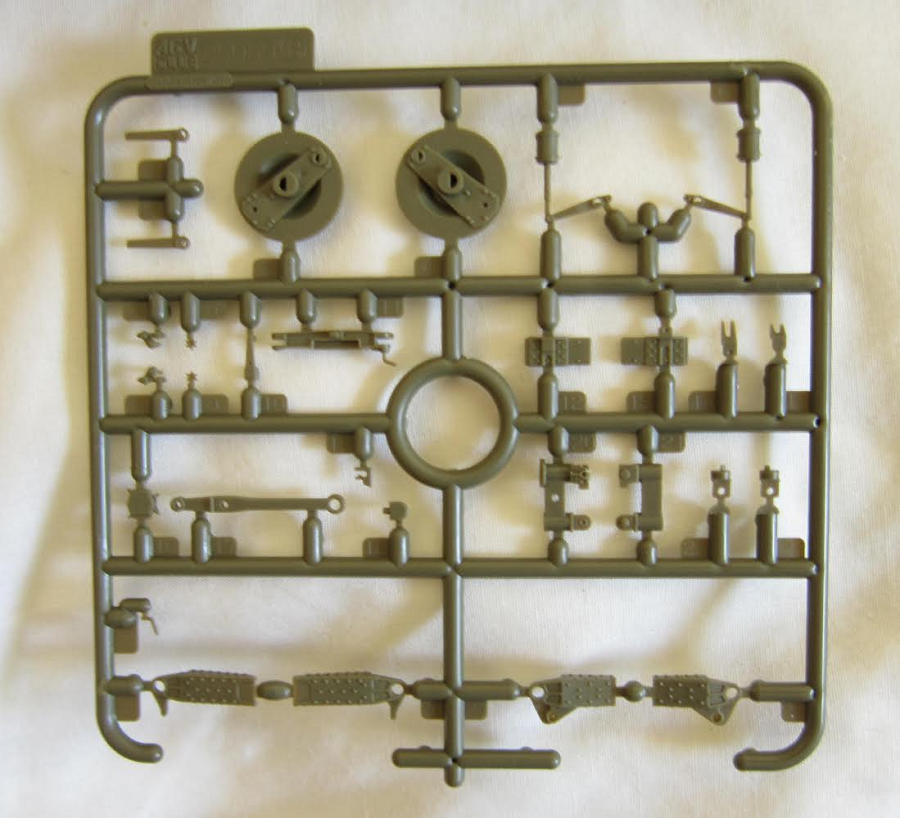 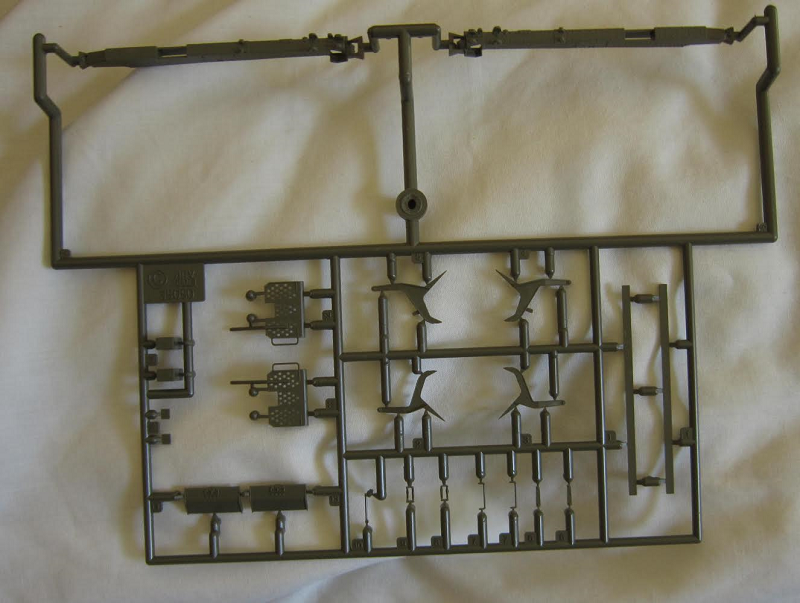 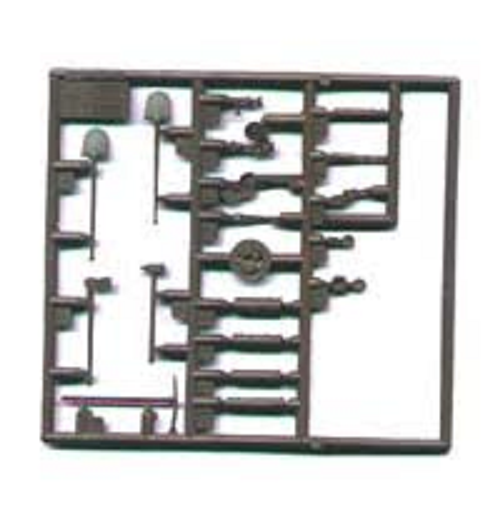 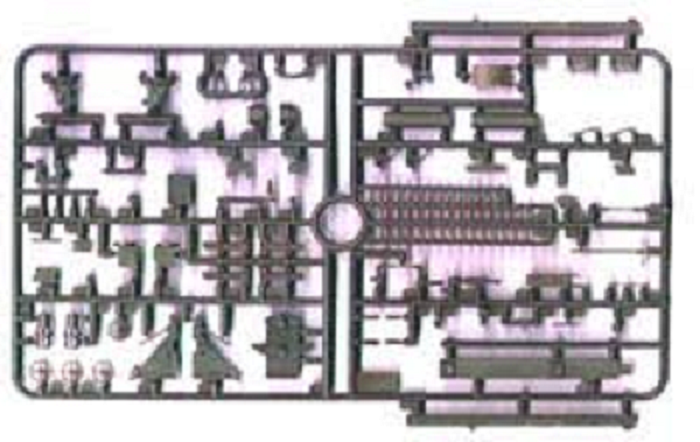 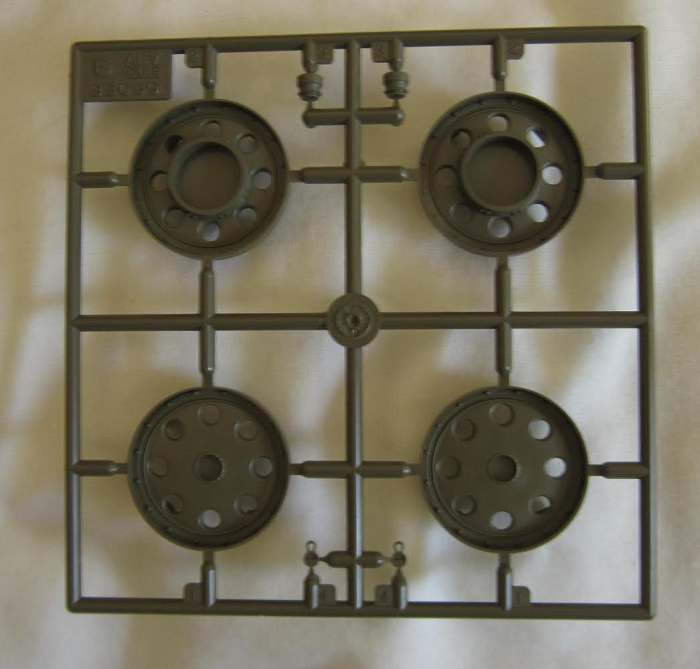 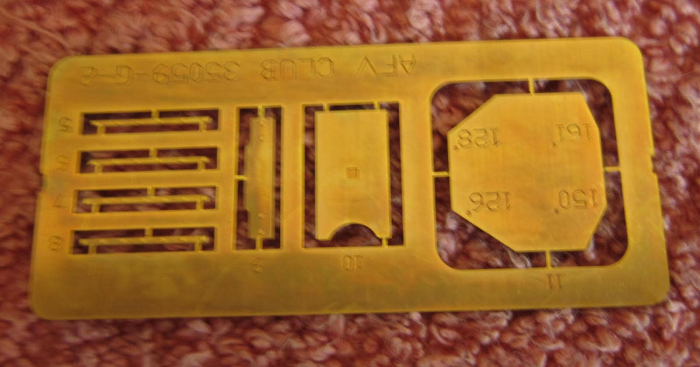 I have assembled the photo etch brass shields for the kit.

​The turned aluminum barrel is next.

I have 8.8 cm anti-tank ammunition from my Armor Research Company I can use with the kit. 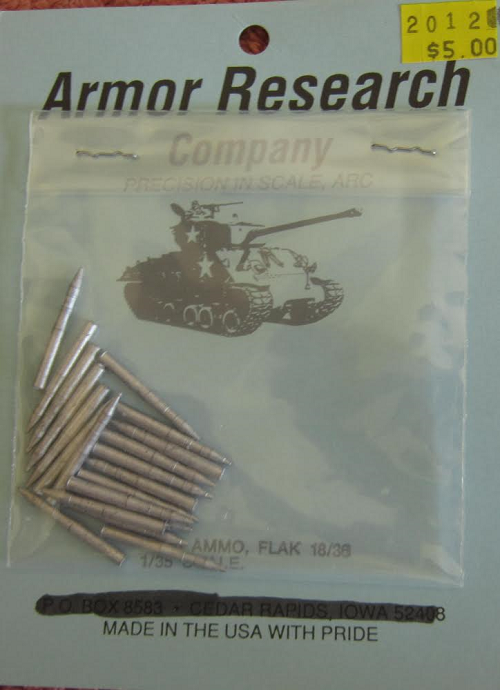 ​Next is the black vinyl tires and tubes (4 parts) 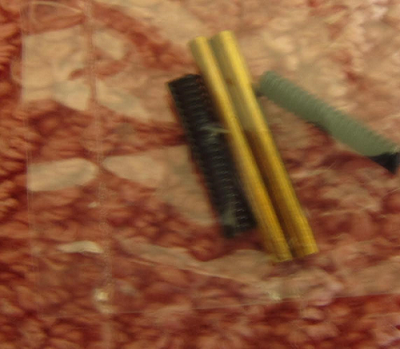 ​There are no clear parts, crew figures or decals.

The inside of the box serves as a kit catalog. There are 16 black and white box arts printed on the bottom of the tray and repeats of 12 of these box arts in color around the walls of the lid. 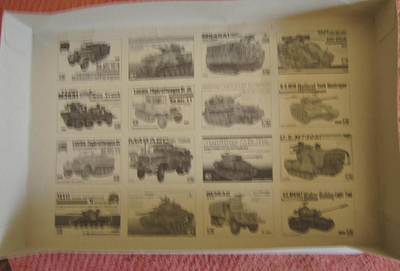