The Avro Anson is a British twin-engined, multi-role aircraft that served with the Royal Air Force, Fleet Air Arm, Royal Canadian Air Force and numerous other air forces before, during, and after WWII.

Developed from the Avro 652 airliner, the Anson, named after British Admiral George Anson, was developed for maritime reconnaisssance, but found to be obsolete in this role. It was then found to be suitable as a multi-engined aircrew trainer, becoming the mainstay of the British Commonwealth Air Training Plan.

Airfix is a prolific model company based in the UK.

This kit came in a tray and lid box held shut with tape. The kit was released in 1971 and was re-released 5 times up until 2005. I paid a whopping dollar and a half for it in 71.

The box art shows the Avro Anson 1 flying above clouds. It is in a wave pattern of dark green and dark earth over a light grey undercarriage, It carries the fuselage code of a white Y (roundel) MW. There is a Dutch yellow triangle on the rudder with a red, white and blue vertical fin flash. Beside the white letter W is a small black serial no. N9742,

One side panel shows 2 color box arts of other aircraft kits that Airfix marketed: a Bristol Beaufighter T.F.X. and a Dassault Mirage III G. No kit numbers age give for these 2 kits and I'm assuming they are both 1/72nd scale.

The other side panel gives 2 more color box arts: a D.H. Mosquito V1 and a Lockheed
Starfighter F-104G.
​WHAT'S IN THE BOX:

The parts are all molded in medium grey styrene plastic except for the clear tree.

Parts are not cello-bagged and are loose in the box.

The decal sheet and instructions complete the kit's contents.

There are two parts trees. The rest of the parts are loose and consist of: the upper and lower wing halves (4 parts). The fuselage halves, one elevator that may have broken off one of the two trees. 2 engine cowlings, a pilot figure, a wing flap and 2 seats that also probably broke off the trees too. 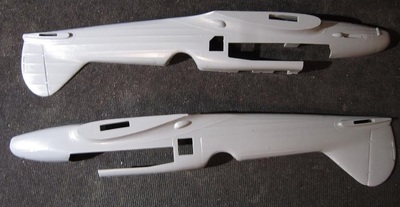 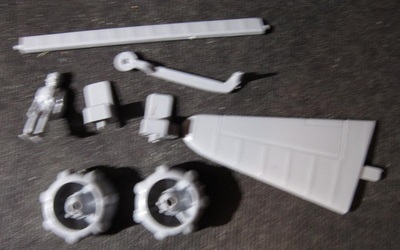 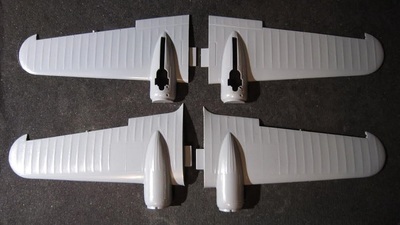 ​The clear tree holds: the cockpit transparencies, fuselage side windows, the dorsal gun position transparency and the display base parts (9 parts) 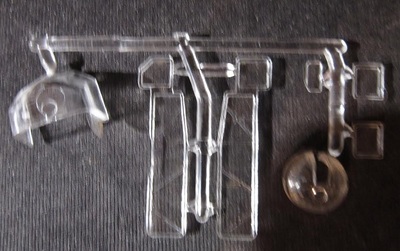 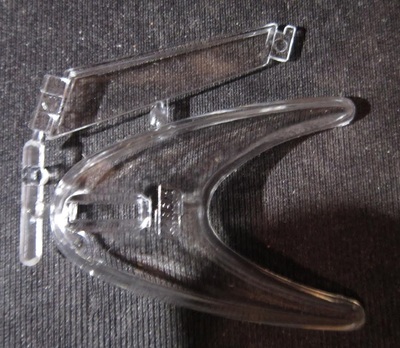 ​The instructions and the decal sheet complete the kits contents.

The face side of the instructions begins with the history of the Anson, followed by the instruction to paint all detils and let dry before assembling. For painting to use Airfix paints and for fixing their cement. Below this is the first assembly step. The step is very BUSY with 25 parts being shown to assemble. A lot of text accompanies this step telling you how to assemble each part. Very thorough.

There are no parts trees illustrations provided.

The other side of the instructions continues with a grand total of 3 assembly steps.

Step 4 is the singe color scheme instructions, shown as a 3-view. It is the box art subject already described above.

We are not told what unit this scheme represents.

This is nicely molded kit, but state of the art for back when it first appeared. That means that the control surfaces are solid and it has raised panel lines. However, in the right hands it can be turned into a very presentable kit.

I purchased my kit at my local hobby shop back in the 70's.

​This kit is for sale for the best offer.