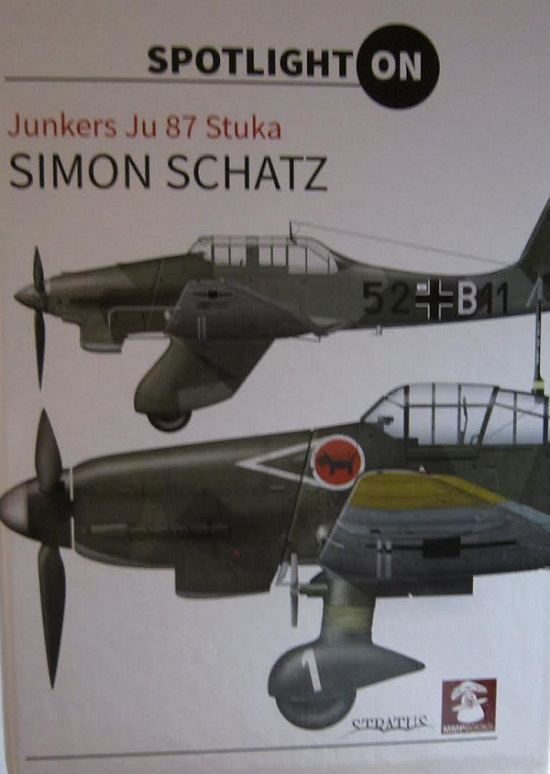 After the First World War and the Treaty of Versailles, Germany was forbidden to maintain an air force. Nevertheless, civilian training schools were used to train military pilots under the strictest secrecy in the 1920s and 1930s.

In the summer of 1933, bombing tests were carried out in level flight with the then available aircraft. Since the results were unsatisfactory, a new aircraft was required to be developed, which could hit targets by bombing in a dive.

In the autumn of 1933, Dipl-Ing Hermann Phlmann of Junkers made the first preliminary designs for a new dive bomber, also called "Stuka". In April 1934, the "Department of Aviation

Equipment of the German Army Weapons Agency" (Abteilung Flugtechnik im Heereswaffenamt) sent a tender for an airoplane with exactly these properties.

The plane, which was still equipped with a double vertical tail, was lost on 24 January 1936 during a crash, in which the crew lost their lives. The comparative trials by the Ju87 and its competitors in 1936 was won by the Ju 87.

During the Spanish Civil War, the first experiences under realistic conditions were collected with the Ju 87V4. In the subsequent years of the Second World War, the Ju 87 was continually refitted to meet wartime requirements.

Mushroom Model Publications Books (MMP) is a book publisher based in the U.K. They have all their books printed in Sandomierz, Poland by their partner Stratus in English. Stratus also does their own line of books in the Polish language.

The cover shows a color profile of a Ju 87A-2 above a Ju 87D-3. Both these illustrations appear again in the pages of the book.

It is a virtual PICTURE ALBUM with a color profile on every page. These profiles are across the 11" height of the pages and you have to turn the book sideways to view them. The profiles are all done by the artist Simon Schatz.

He was born in Vienna, Austria, where he still lives and works as a technical employee in an architect's office. Since childhood he has been interested in aviatiion, model building and painting. In late 1990s he combined his passions and began to draw his first color profiles.
In 2002, his first color profile, a Focke Wulf Fw 190, was published in an aviation book. Since then, many more of his color profiles can be found at his website www.lufwaffe.at.tf

There are 42 color profiles in this book. They are of:

On the last page there are small color top view illustrations of the A-1, B-2 & D-5 versions, along with Stratus's P.O. Box address in Sandomierz, Poland, Mushroom's street address in the U.K., along with both their e-mail addresses.

This is an neat book to get some painting and marking schemes for various versions of Stuka models.

It goes hand in glove with MMP's other Stuka book reviewed here on Indy AMPS.

I want to thank Dr. Roger Wallsgrove, Editor-in-chief of MMP books and the folks at Casemate Publishing who sent me this great book.
This book and 2 other were sent me in a heavily padded envelope.
All MMP book titles can be seen on their web site at:
http://www.mmpbooks.biz